It has now been three months since the 6.3 magnitude earthquake struck Christchurch, New Zealand, on February 22, 2011, causing widespread damage and tragic loss of life.  Since then, more than $73 million has been raised for recovery and reconstruction in the Christchurch area.  Rather than try to condense the massive amounts of media coverage the reconstruction efforts have received, I thought I'd list a few concrete numbers and examples of projects undertaken with the funds raised:

If you want to follow updates from the Christchurch Earthquake appeal more regularly than these project updates, the Appeal has its own Facebook page you can visit: http://www.facebook.com/ChristchurchEarthquakeAppeal.  They admittedly discuss more about fundraising than rebuilding expenditures, but I found it a helpful source for some of the information above. 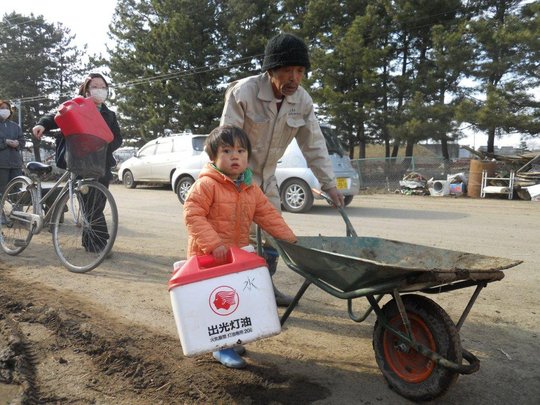 Nearly two months after Japan's devastating earthquake and tsunami, here at GlobalGiving we are shifting the focus of our funding from emergency aid to more medium-and long-term support for people affected by the disaster. Our continuing priority has been to support Japanese organizations and citizens who are managing their own recovery processes, and over $3 million of your donations have gone towards these efforts.

For example, support through Japan Platform helped to supply over 100 Japanese volunteers including local teachers, parents, firefighters who worked together to clean up and re-open Kesennuma Kindergarten.

Although some families and teachers are still staying in the Kesennuma schools as shelters overnight, classes have resumed during the day. "I could not wait for this day to come," said one of the children during a re-opening ceremony, "I was not able to meet my friends for a long time." The disaster relief funds helped provide packages of school supplies for the students and classrooms, allowing children to go back to school and to develop a normal routine again.

Our Japan Platform partners are also supporting other much-needed services for survivors, including legal advice for citizens of the Iwate prefecture. Legal counselors are helping victims answer tough questions like, "What do I do about the mortgage I have on a home that was destroyed by the tsunami?"

Thanks to your continuing generosity, this week we disbursed an additional $310,000 to support Japanese organizations in their medium- and long-term rebuilding efforts. These funds are going to:

We'll send another update in a few weeks to share the stories of how these funds were put to work. For the most up-to-date info on the Japan recovery fund, please follow us on Twitter (@GlobalGiving) or "like" our Facebook Page. In addition, you can read updates from our partners on GlobalGiving's "Updates from Japan" page.

Thank you again for your support,
Britt Lake and the GlobalGiving Team

Pulling for the Underdog Update April 2011

Japan disaster relief has been a day and night job for us since March 11. Just over a month later, more than 44,000 individual donors have given over $4.1 million through our Japan Earthquake and Tsunami Relief Fund, and an additional $975,000 is expected to head our way soon, in part from our corporate partners. These contributions are from existing partners like Gap (who unprecedentedly has been running GG banner ads on *every* web page of theirs) and eBay (where over 11,000 auction listings include us as a beneficiary of part or all of the sale proceeds) to new partners like Fandango, Hilton Worldwide, LinkedIn, Rosetta Stone and Travelocity. Here are our latest reports on the funds we have wired over to date from our Relief Fund, and a blogpost explaining our rationale (http://blog.globalgiving.org/2011/03/18/what-we-are-doing-with-funds-collected-for-japan/).

We've received a fair amount of media around this, ranging from the US State Department, NPR, and Fox News. Over 80 people are using our fundraiser tool, the two most successful being Anime Fans Give Back to Japan, and Cheap Ass Gamer. I know these examples are a little comical, but they are also incredibly poignant for me. As I explained on our blog, I've been on the receiving end of such gratitude from Japanese friends, family, and Twitter followers who have all pointed out that it means a great deal to them to know that so many people the world over are coming together to help.

This disaster response exceeds anything we have seen at GlobalGiving for Haiti, China, Katrina, or the South Asia Tsunami. So it has required everyone on our team to put in nights and weekends to keep up--from the project team who have been staying up late or getting up at 4am to get in touch with organizations in Japan, to the tech team who have been fiddling with our servers to make sure that they didn't crash. We saw some of the highest traffic ever at GlobalGiving during this time (40,000-55,000 visits a day 6-8x traffic preceding the disaster).

And we did this all without our marketing manager on hand--Alison McQuade had just left to join the League of Women Voters before the earthquake (although she was kind enough to take over our Twitter feed at 2am on Friday morning when Kevin went to sleep)--so we were running an intense social media campaign to replace her. It started with a targetted Facebook Ad, and elicited unprecedented responses from candidates. Another candidate leveraged her online presence to have her friends recommend them on Twitter using the #IwillLoveThisJob hashtag (it actually caused it to become a trending topic in Orlando, FL.)   The approach got us out of the business of reviewing a pile of resumes and quickly showed us who was passionate and capable of doing the job. And it got us our newest Unmarketing Manager, Alison Carlman.