By Ramses A. Hutchins - Head of Programs - IDEFOCS 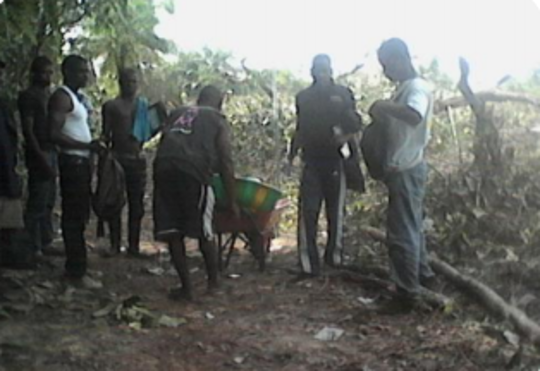 I'm happy to report to you the progress made on the Reintegration project.  Clearing the land has been the hardest part of getting the farm ready!

The beginning of the BRV project was really a lesson and a success. We are happy that we were able to prepare the land for farming which of course we have already planted cassava and corn as start-up crops on the BRV. We are also grateful to Action10 for her continuous support in helping IDEFOCS achieve some of her many goals. As we move forward with the BRV, we anticipate more support to help manage the farm regularly as stated in the BRV Work plan. 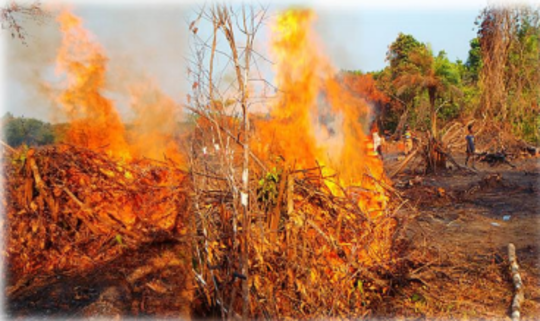 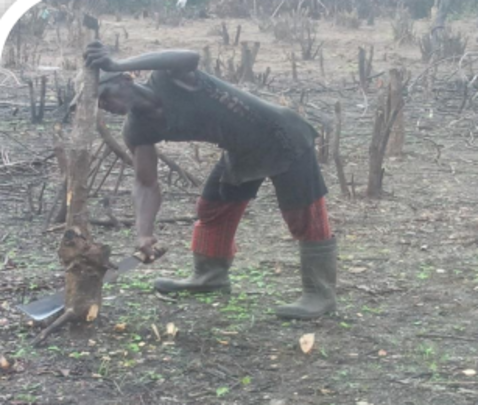 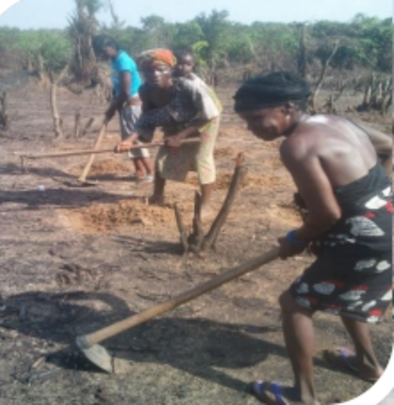 There was tremendous output from 10 different communities at the campaign exercise. They were eager to understand how they could help fight the Ebola pandemic themselves. Concrete education and prevention on the virus were provided to the communities. They were all happy to receive such education and physical illustration on the origin and danger of Ebola. Each community was given a bucket/barrel, chlorines, and soap as practical means of fighting the Ebola virus.  Each member of the community also became an educator in promoting safety measures on the Ebola pandemic in their various homes.

Now that the Ebola pandemic is under control, our full focus is on the Reintegration Center.  The first part of the project is to prepare the farmland which will help rehabilitate the soldiers and help make the center able to support itself.  In the past two weeks, local workers from Little Bassa provided the brushing and tree felling services.  Now the land is ready from burning and clearing (which is scheduled in February).  As we receive more donations we will be able to continue with the next part of the project.

Thank you for your contributions.  If you would like the new Action10 monthly newsletter, you can sign up at Action10.org.

All the best to you and your family.

Even before we make preparations to build a re-integration center for the former child soldiers of Liberia, we are currently faced with a deadly epidermic disease called EBOLA with high number of casualties reported in Liberia, Guinea and Sierra Leone. These former child soldiers are the most vulnerable due to the conditions of their living.

EBOLA virus disease (EVD) or EBOLA hemorrhagic fever (EHF) is a disease caused by an ebolavirus. Symptoms start two days to three weeks after contracting the virus, with a fever, sore throat, muscle pain and headaches. Typically, vomiting, diarrhea and rash follow, along with decreased functioning of the liver and kidneys. Around this time, affected people may begin to bleed both within the body and externally. The disease has a high risk of death.

IDEFOCS/Action10 has agreed to join forces with the government and other concern groups to provide awareness and preventive measures on the EBOLA virus to the former child soldiers community (ghettos). We believe this requires an immediate response.

An awareness and preventive measures campaign against EBOLA is highly imperative in the fight against the deadly EBOLA virus.. We deemed this exercise a matter of urgency to erase the scepticism that the Ebola virus is not real in Liberia, as if ignore, it has the ability to endanger the lives of many citizens across Liberia especially the ghetto dwellers. We also think it is important to educate our targeted partners on the pandemic and provide them preventive measure to help reduce the risk of widely spreading the virus. This campaign exercise is going to involve everyone living in the ghetto vicinity, not the IDEFOCS/Action10 targeted partners alone.

The goal with the initiative is to provide awareness and preventive measures as to how we all can help combat the EBOLA Virus within ghettos communities.

IDEFOCS and Action10 have agreed to focus our efforts on our Target partners and have identified ten ghettos in the Paynesville City, Monrovia ghettos for the initiative.

The campaign strategy was approved by the Action10 medical expertise in Sweden.

We believe, this is a good start to reach our goal of re-integrating the former child soldiers of Liberia to society.!

Your continous giving to this project is appreciated!

We are still aiming to raise $ 2 000 more to get a permanent spot on Global Giving website. This is a link to our project.