What did primary school students have to say??!! 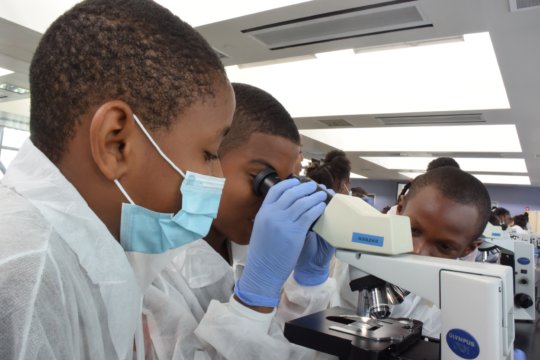 We confess! We’re scientists – data crunching is something that we do!!

We introduce new activities in our STEPS workshops so that we appeal as many students as possible and to effectively show how applicable and fun science is. Because of this, we survey student participants to find out what they enjoy, what they don’t like and also try to gauge the benefits to the students and identify areas that we need to improve.

Here are some results from 126 primary school students!

What was their favorite activity?? Drumroll!!!

Students were evenly split between making their very own magnetic silly putty, making a test tube vanish, and the oldie but goodie – viewing microscopic critters in local water sources. The students continued to be fascinated about what cannot be seen with the naked eye!

A number of students were already familiar with making an electromagnet using a battery, nail and copper wire, and so found this least stimulating. We’ve now know we have got to keep on our toes for Generation Z!

For some time now, SoSA has been considering going on the road – Heading into schools to work with kids in their environment. Students overwhelmingly responded to this idea, with 97.6% saying they would like it if SoSA volunteers visited schools and conducted experiments with students there.

We also took note of some positive trends – Just over 55% of students have interacted with scientists before the STEPS workshop. This is encouraging, but also means we have more work to do. This is exemplified by students’ responses, with 95% of students indicating that the interaction influenced the way they now think of science.

We also relish the honesty of those students who indicated that they were not influenced by the interaction with scientists - these students still responded that they had fun at the workshop – we’ll take that for now, while we further explore how to reach as many students as we can!

Thank you for your continued support - Stay tuned for feedback from high school students! 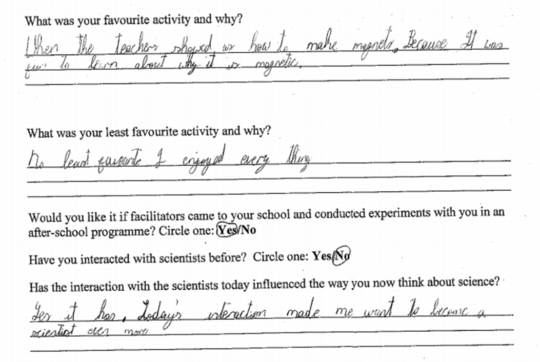 Can you say Fully Subscribed??!! 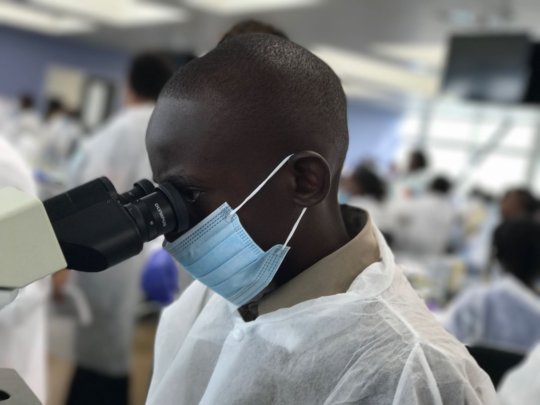 Our hearts just about burst when we saw the raw excitement on students' faces as they entered the registration space for STEPS 2016 and saw for the first time the laboratory that they would be working in. We heard comments like "is this really where we will be today?", "this is just like the movies" and giggled along with them as they suited up in gloves and labcoats to do activities like "Identify Squirmies in Pond Water," "Making Test Tubes Vanish," and "Solving the Zombie Acopalypse!".

This lab was full to capacity. We will seriously have to think further on how to accommodate all schools that are interested especially as we expand further outside of the corporate area. We view this as a good problem to have!

On this #GivingTuesday, please consider donating to the project once again and telling all your contacts! Please feel free to circulate this report to all your familty, friends, colleagues, everyone!

When we reflect on the joy on their faces and how they just appeared to 'feel bigger' in their "STEPS Ambassador pins" when the workshops were dismissed, we are sure we doing a good thing.

Thank YOU for enabling us to reach these young minds once again! 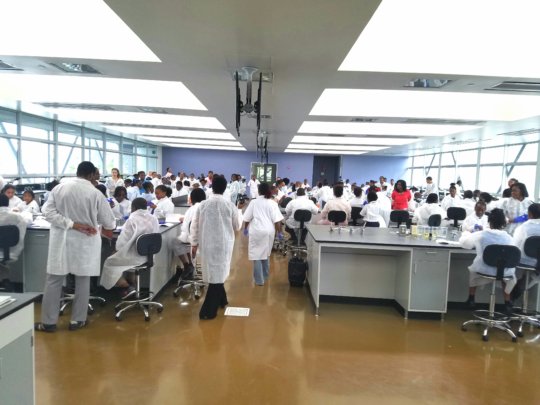 It's nearly that time of year! 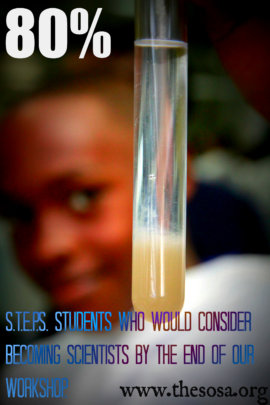 The promise of STEPS

What time of year is that you ask?? SoSAvember!!

Yes, that right – It’s August, nearly September. Do you know what that means? Wheels are a-turning!

What do we have in store? Year 4 of STEPS! Can you believe it? We are now in full preparation to receive our 4th cohort of STEPS students, who will become science ambassadors to their schools, a majority of which have very limited resources.

Not only are we bringing even more kids into advanced laboratories to gain exposure to cutting-edge science using everyday materials, getting them excited about their future, and the promise it holds –  BUT….we are gearing up to outfit our first science laboratory at a primary school that’s much in need!

Your support, yes – Your support has helped us to reach over 1000 students so far. Can you tell we are excited?

As we approach our biggest time of year, please tell your friends about SoSA’s work! Thank you for your continued support.