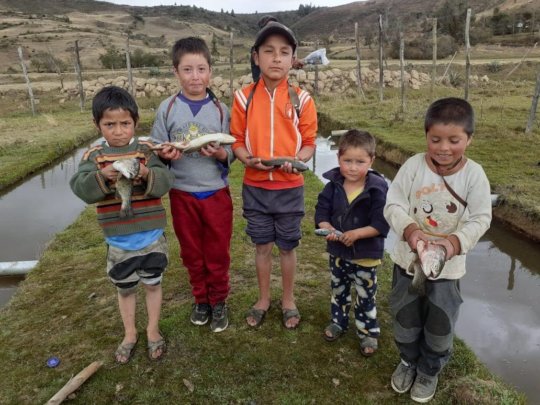 Low-protein diets in the Andes mountains of Peru commonly cause malnutrition and stunting in children. In early 2019, the Feed the World/CHOICE Humanitarian team, in conjunction with community leaders, decided that introducing trout farming to the area could provide a source of protein for the community members and also a source of income. Twenty-five families gathered together to dig out fish ponds and pipe water to the ponds. One thousand trout were purchased, and eight months later the community started harvesting the fish. 18.3 percent of the trout was used to prevent malnutrition, and the rest was sold in the local area and in the closest market city. This had the indirect benefit of increasing the protein of people in the region.

In November 2019, some of the profits from the sale of the trout were re-invested: 5000 fingerlings (small trout) were bought. Two additional trout ponds were also dug in neighboring communities. Next month the second round of trout will be ready to consume or sell, thereby serving as a preventative measure against malnutrition and an extra source of income for the families involved.

Without your donations, our team would not have the resources to go to these rural communities and teach and train local people. In addition, your donations were used to purchase the trout (and their feed) at the start of this project. Important factors in the sustainability of this project include having community members participate in training classes taught by our team, dig the fish ponds, pipe the water to the ponds, and care for the fish daily. Our team is always available for questions that the community members have, and stops by to inspect the ponds every couple of weeks. 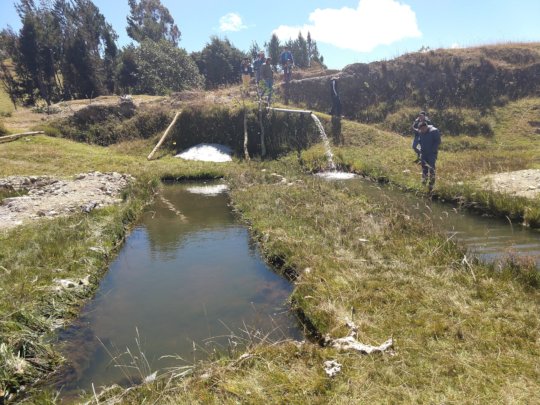 Two of the trout ponds 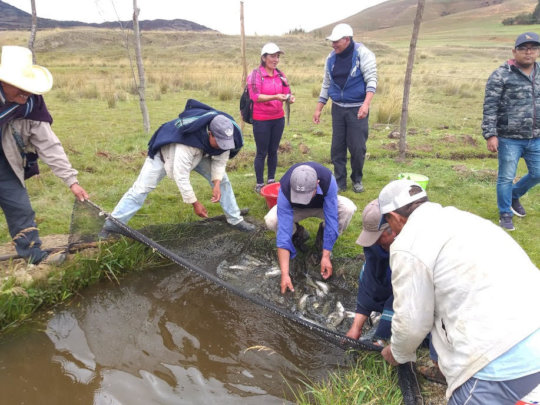 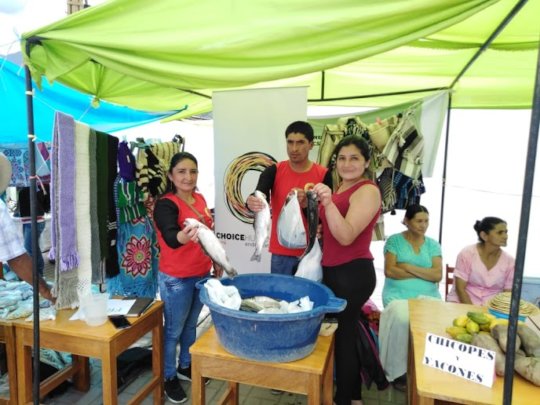 Success of the Duck Cooperative 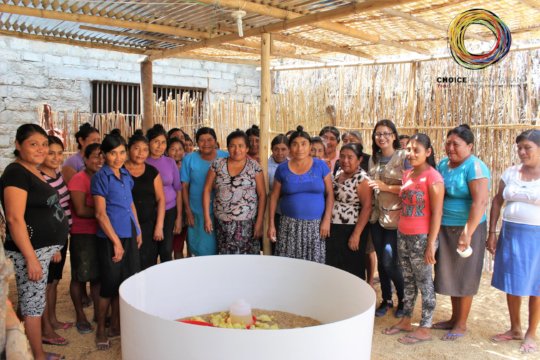 Women in the cooperative with their ducklings

Consider a life-changing moment you experienced. Who was there? What was it like? How was the course you were traveling altered? On my most recent expedition to the small community of Pampa de los Silva, Peru, I met a cohort of women whose lives were changed by a small group of ducks.

These women decided to form a Duck Cooperative, despite all of the difficulties and the fact that they were challenging many societal norms.

Rather than individually raise one or two ducks, which would eventually be slaughtered and sold when money was tight, these women decided to “pool” their ducks. Then, they would take turns caring for the ducks, each agreeing to take one day of the week to do it. This is a sacrifice for these women, as time spent feeding and caring for ducks replaces cooking, cleaning, and caring for one’s family. You can imagine that in a machismo society, like this one in Peru, most of these women did not have the support of their husbands when they began this cooperative. However, despite the fear of failure, these women went for it.

When the Feed the World/CHOICE Humanitarian team heard that these women were jointly raising ducks, they decided to help provide additional materials and training. Feed the World/CHOICE Humanitarian provided basic instruction on how to care for the ducklings, including basic veterinary care like vaccines. They also gave the women additional ducklings and helped purchase food. What happened next was incredible.

The women decided they needed to expand the pen where the ducklings were being kept. This meant building a large fence from a bamboo-like plant. This involved creating the supporting structure, then shoving the gaps and empty spaces full of the dried bamboo. The women got to work, but it wasn’t just the women this time. Then men -- their husbands -- started to realize that their wives might just have incredible success. Suddenly the sacrifices the women were making weren’t so terrible after all. The man showed up to help complete the fence, which was an incredible gesture to each of the 30 women in the co-op.

Once the first 100 ducklings were raised to maturity, they were slaughtered and the women cooked them & sold them -- a better method since duck is not as desirable a meat as chicken, and many do not know how to properly cook it. With their newly earned funding, the women decided that instead of paying out the funds, they would reinvest them in the co-op and purchase more ducklings and supplies.

These women are now on their fourth batch of ducks. Today, the group directly benefits 75 families. They have been saving their profits to strengthen the co-op, and despite the large personal investment (particularly of time and energy), have refused to withdraw from their joint savings for personal gain. But their investment has given them so much more than just ducks and the potential for future increased revenue.

These ducks have given them priceless gifts, including the respect of their husbands and the admiration of their children. But most importantly, these ducks have given the women self-confidence and courage. These women, who were previously terrified of failure, now know that they have talents and skills that will change the lives of them and their families. They will be able to afford to send their children to school, but more importantly, their children now know that they do not have to simply accept their extreme poor circumstances. They can pursue their own innovative ideas to break the cycle of poverty. And all this came from a bunch of ducks.

Projects like this would be impossible without your support! Thank you so much. 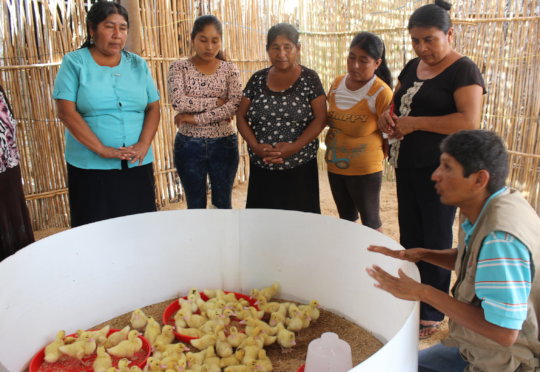 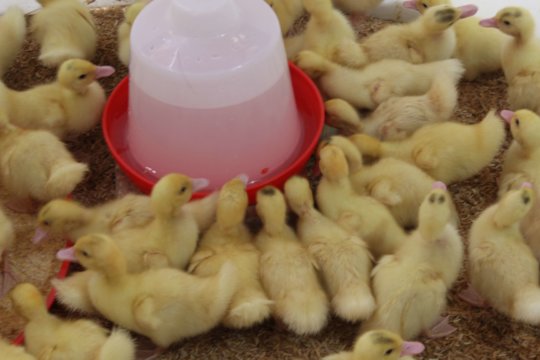 Extreme Flooding- From Relief to Reconstruction 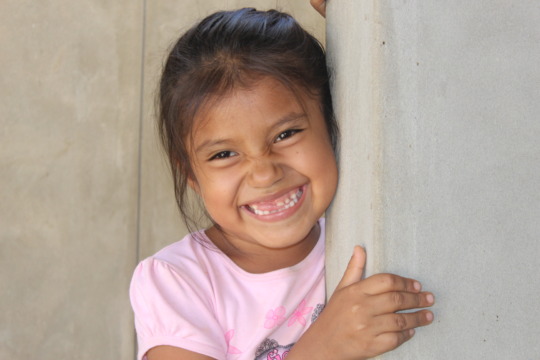 A refugee from the flooding is very happy for food

Extreme flooding in Piura, Peru has now subsided, but the devastating aftermath remains. With over 100,000 homes completely destroyed, 800,000 people displaced, and 5,000 families requiring complete relocation, there is much to be done.

We have jumped at the opportunity to help our brothers and sisters in Piura, as have the local communities in the United States. In addition to the funds you have generously given, our in-country team has gathered donations of money and supplies. Our efforts have gone to provide life-necessities including water treatment kits, non-perishable food items, cooking utensils, dry clothing and bedding, and emergency shelters.

The significance of the aid being received in Peru is in part illustrated with the story of Maria. In a flood affected area, our team found Maria who earlier in life had studied nursing but had not quite finished when she got married and left the university. The village where she lives had no pharmacy or medical facility of any kind. With the encouragement of the CHOICE team and the local ministry of health, Maria walled off a front room of her house and turned it into a small pharmacy and first aid station. Donations of medical supplies by CHOICE Peru and the ministry of health filled the room with basic medical supplies. The community has agreed to purchase supplies and services from Maria so that she can restock the shelves as the medicines are used. The ministry of health has also committed to provide additional training to Maria so that she can finish her nursing degree while serving the community. The CHOICE team is always looking for local resources that can be developed to improve the communities.

Moving forward, our organization will be assisting with reconstruction efforts, which includes helping form a community for the 5,000 families that require relocation. This is a large long term project and will require your help. Please join us in our fight to end extreme poverty by developing the local people and resources. 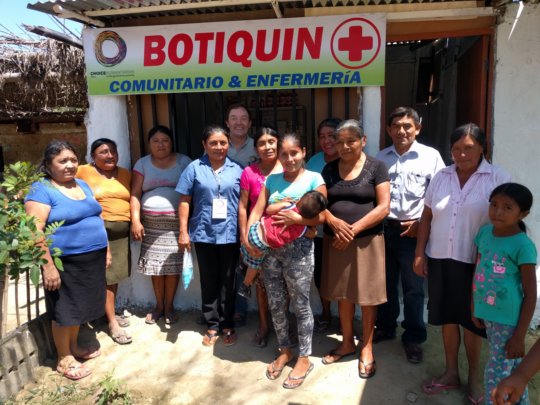 Maria with friends and their new medical facility 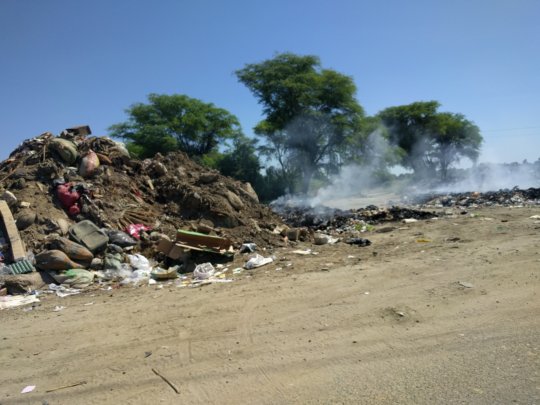 Piles of debris from the flooding dot the area 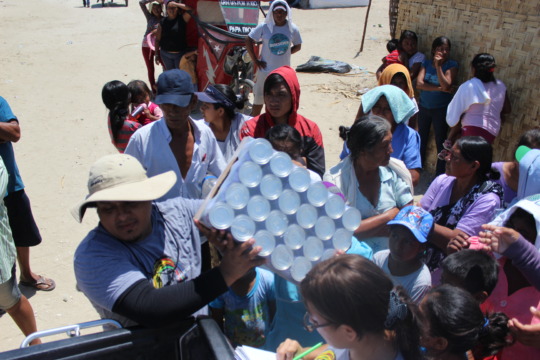 People in the refugee camp line up for food