Your Donations at Work 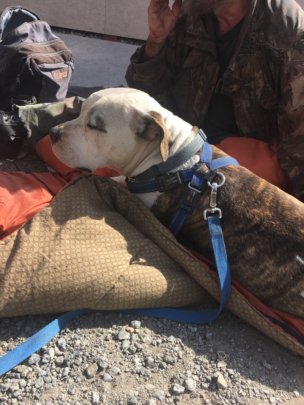 As I write this report for you I am reminded of the good work that we do with your donations.  It is amazing that during the second quarter of 2016 we treated more than 80 pets (75+dogs and 5+ cats).  That means that over 80 homeless called our case managers for help because they didn’t have the resources to take their beloved pet to a hospital.   Hearing the voices of the homeless who are frantic to get help for their beloved companion who is in pain and the tears that we hear in their voices as they describe the injury or the illness and then the gratefulness that someone is listening and will help.

Here are some stories of those cases:

Pets of the Homeless received a call from an advocate at the Volunteers of America in Reno about a dog, Hurley Mudd, a 3 year old female pit bull who had been stabbed three times in the hind leg by another homeless person.  One was very deep.  We aren’t sure what caused the altercation, but Hurley needed to be seen by a veterinarian right away.   Hurley’s guardian stays on the river in downtown Reno, NV.    We approved an examination.

The veterinarian needed to sedate Hurley and clean up the wounds.  We approved this along with a pain injection, blood panel, and antibiotics.  While Hurley was sedated, the veterinarian called Pets of the Homeless that while cleaning the wounds she found that one had caused a tear in the abdominal cavity.  She needed to put Hurley under anesthesia and sew up the tear.

The surgery went well and Hurley Mudd stayed at the vet over the weekend.  When her guardian came to pick her up she was wagging her tail and was very happy to see her daddy!

A homeless man who stays in his RV on the streets in Victorville California called Pets of the Homeless.  His dog, Sarge, a 17 week old Pit Bull Terrier Shepherd mix may have swallowed something.  He was very ill, vomitting and had not eaten in several days.

Pets of the Homeless approved an exam and parvo test.  His parvo test was negative, so we approved to have the doctors begin treating his deyhdration with IV fluids and anti-nausea medications.  Bloodwork and x-rays were done.  The x-rays showed a slight abnormality in the lower GI tract so a barium study was performed, which showed a possible obstruction or collection of barium fluid at the ileocecal junction of the GI tract.

We assisted with the maximum benefit allowable to go forward with an exploratory surgery.  The doctor found that Sarge's cecum was very dilated and filled with fluid and gas, making it difficult for food to pass through.  This may have been caused by something he ate days ago, causing GI inflammation and infection.  The doctor was able to massage the area until a plug was pushed through and the GI tract started better peristalsis (movement).  Sarge stayed one more night on IV fluids and went back to his owners the next day.

The hospital manager wrote, “Thank you so much for all you do and for helping this little guy out!  The staff and his owners are so appreciative!”

A homeless man who lives in a tent in an alley way in Colorado Springs, Colorado called Pets of the Homeless about his dog, Bones.  Bones is a 5 year old neutered male Rhodesian Ridgeback Box mix who had diarrhea and was vomitting and coughing.  We approved assistance for an examination.

The veterinarian performed a fecal test at no charge.  He was given a Cerenia injection and special bland diet. 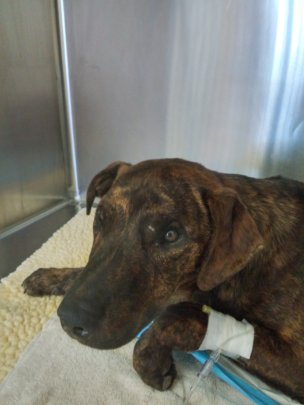 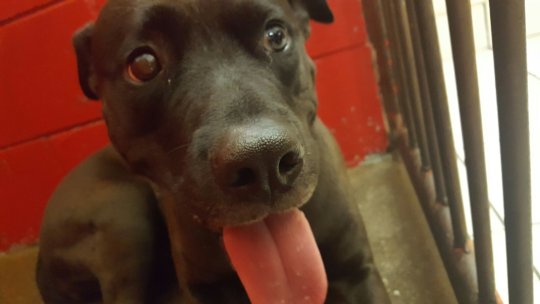 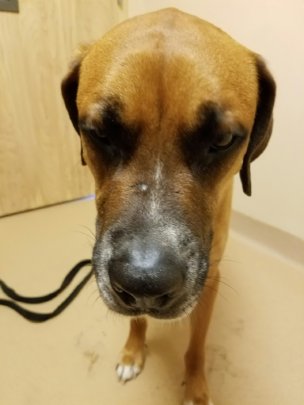 Four Month Report for Pets of the Homeless 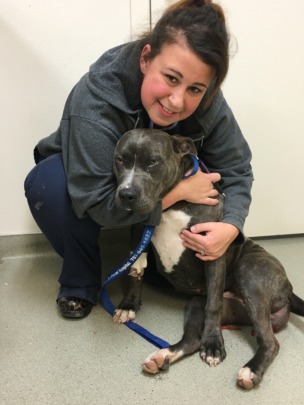 You are responsible for helping to reach our goals which are ever increasing due to the number of pets that Pets of the Homeless serves. A huge “Thank you” to everyone that has donated to this program!

Between November 6, 2015 – March 10, 2016, we took on 149 emergency cases. The invoices totaled $34,133. $7,550 was discounted by hospitals. Veterinary costs have risen like everything else and we thank our hospitals that have given us these deep discounts. Still the average hospital visit was $229. This would be out of reach for most homeless who are guardians to these loving companions.

A few examples of emergencies we handled:
Buppy - December 2015
Buppy is a 14 week old male Staffordshire Terrier who was vomitting, not eating or drinking and was lethargic. His owner is a female living in a friend’s garage with no utilities in Tucson, AZ.  Pets of the Homeless caseworker approved an examination and parvo test which was negative. Additional testing, blood work and a giardia test was given. He was treated with medications. A few months later the woman called to say that Buppy has hit by a car and died. Rest in peace Buppy!

Cinnamon - February 2016
A homeless woman who lives on the streets behind a store in Chula Vista California called about her 11 year old German Shepherd, Cinnamon who had been hit by a car the night before. Pets of the Homeless approved an examination. Thankfully, Cinnamon had only minor bumps and bruises. We approved anti-inflammatory medication.

Everday I am thankful for donors like you, who have stepped up to help these pets!  No pet should be hungry or in pain!

The Eighth Annual Report is now avaiable on our website for your review, if you have any questions please let me know. . 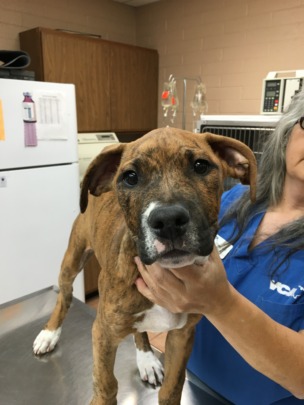 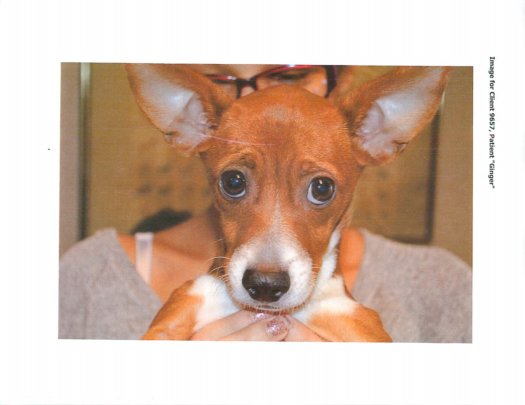 Ginger’s owner who is homeless because of a domestic violence situation called that her 5 month old female dachsund chihuahua mix puppy had swallowed a whole bone a few days ago. Since then, she hadn’t had a bowel movement for two days, wasn’t eating or drinking and was occasionally having dry heaves.

Pets of the Homeless paid for an exam and x-ray and sure enough Ginger had three obstructions show up in her system. The veterinarian gave Ginger a heavy dose of laxatives at no charge to push the bones out.

Ginger’s owner called to say how thankful she was that Pets of the Homeless saved her dog’s life.

It was with your past donations that helped dogs like Ginger.

All of us at Pets of the Homeless wish you and yours Happy Holidays filled with love and peace.