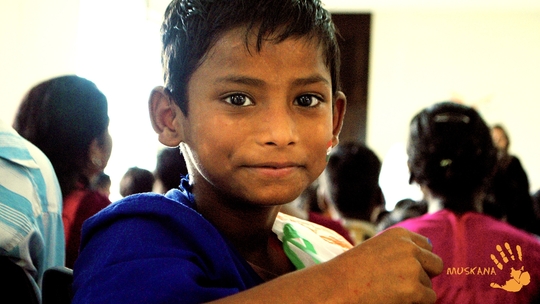 We  have barely had time to catch our breath before we have  begun the New Year with in house training for all our staff, tuitions in Math & Science for the children sitting their Board Exams this year in February, 45 children sitting for the 1st NIOS Exam at our very own NIOS Centre, new children waiting to be mainstreamed in March ..........

On behalf of Aasraa Trust's Board of Trustees, Staff, Volunteers and Children our heartfelt thanks to  you for your support through 2014, without which our work would not have been possible.

Wings and Street Smart Come Home to the Haven:The ‘Haven’ in Indira Nagar is now the epicenter of Aasraa Trust. The Street Smart program, the senior Wings program, the NIOS program, the Boys Shelter and the main Computer Center are now located at the Haven! It is three storey structure with class rooms which allow us the space to offer a better quality of education to the children. A room per class is an absolute luxury after teaching on the pavements.  A huge thank you to all who helped us in achieving this milestone.

From Begging to English Reading: An English presentation was made by our oldest street children who a couple of years back spent their entire day on the streets begging, rag picking, inhaling whitener. It was an emotionally overwhelming moment when Santosh (paraplegic) started reading the story of Aladdin, followed by Roshan, Kamlesh Guddu & Malti.

DEEPAK (abandoned, hearing impaired) joined Bajaj Institute:Deepak has now been admitted to the Bajaj
Institute of Learning for the Hearing Impaired. This is the next step inthe right direction. We thank Nav Prerna Foundation for helping him to settle down. He will be an excellent scholar. Last week he was made class monitor for the first time. He was so proud!

Airtel Delhi Half Marathon: 20 children participated in ADHM on 23th November 2014. It was a great exposure for our kids, who went on stage chanting:  'Bhiksha Nahin, Shiksha Dein', (do not give us alms, give us an education).

Exposure Visit to ‘Four Points of Sheraton’ Hotel:Our children had a great opportunity to visit the premises of Sheraton Hotel, Rajpur, Dehradun where they saw the facility and introduced to the hospitality sector by different department heads of Sheraton.  They kindly offered to train some children inclined towards hospitality at the Four Points in Dehradun after they pass Class XII.

The strength of education and the dignity of skilled work will define the future for Aasraa’s children. Thank you again for your continued support. 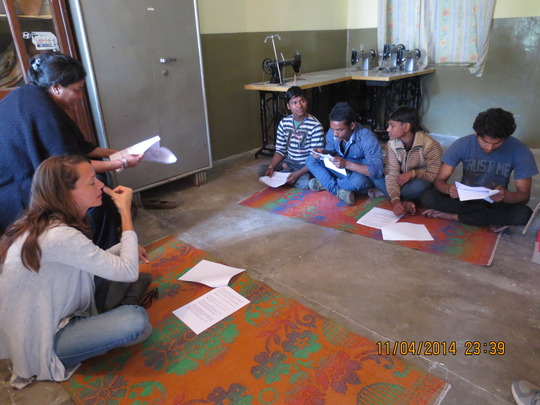 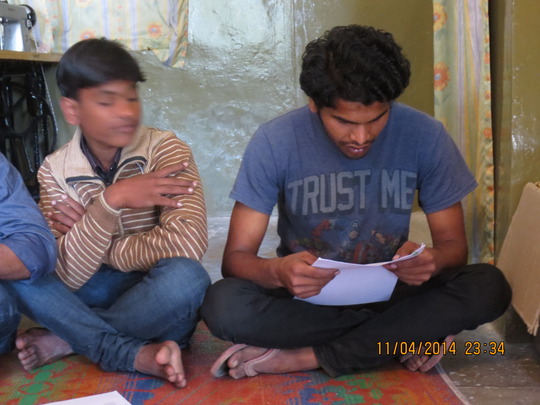 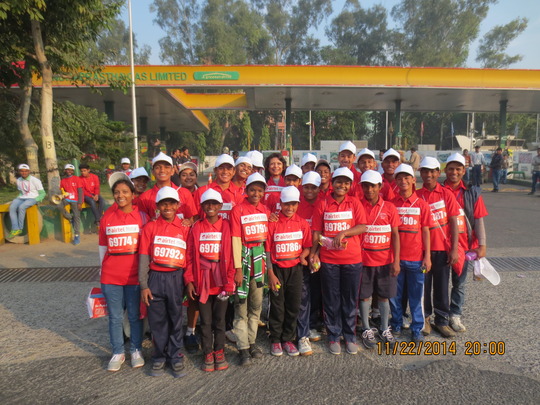 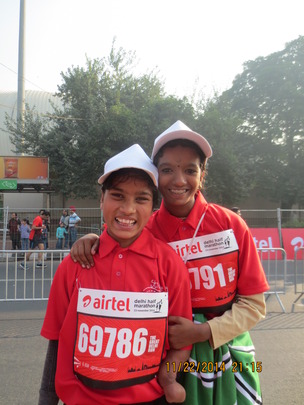 Chandini & Sunita at the Marathon 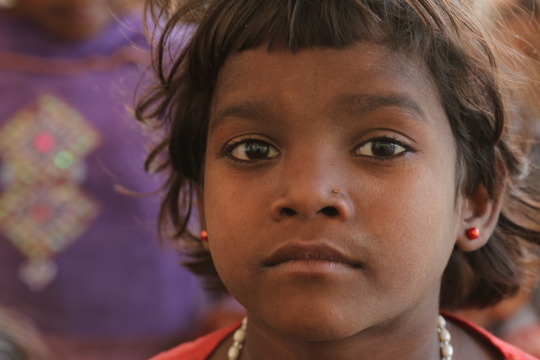 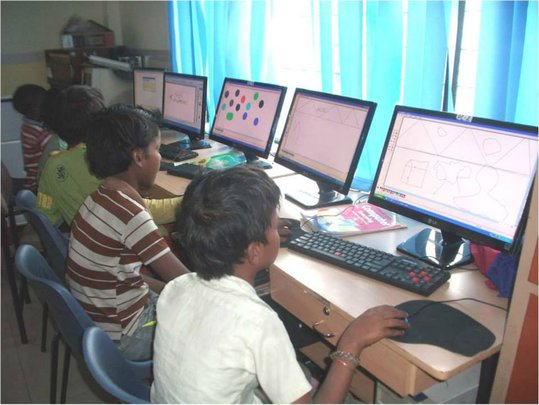 Nehruji’s fondness for children led the 14th of November, his birthday, to be declared children’s day in India

While it is good to recognise this, it is important to realise that every day is, in fact, children’s day

Children must be loved and nurtured every single day; they must be looked after and encouraged to be the best they can be each and every day

To safeguard the future we must celebrate their existence and plan for their education, moral and academic continuously.

Every day as it begins and children open their eyes, we at Aasraa strive to think what we can do better; what can we do for these bright wonderful children who come from backgrounds of neglect, abuse and poverty, to make their future brighter and more secure; how can we make a lasting difference to their lives?

We use the word education too easily. We all know that to break the poverty cycle there must an outside intervention, that intervention being education. The law says children must attend school till the age of 14.

Is this enough? Do we just walk into the slums, wave a magic wand, tell all the illiterate parents from the labouring classes that their children must have an education and voila, all the children of the slums and streets will be bathed, fed, put into uniforms, homework done and sent off to school every morning?

At Aasraa we think of these issues all the time. The various programs under Aasraa’s umbrella cater to these different needs in terms of shelter, timing, level and attainable skill sets.

We struggle continuously to convince parents of the need for an education; that it is important for their children to be able to read the direction of the bus so they do not travel blind through life.

We struggle to make children interested in learning. No child will apply him or herself if they are bored.

We struggle to raise funds for their medical treatment and food and winter thermal clothing so they can attend school. No child can learn if they sick, hungry or cold.

Every day at Aasraa is children’s day. We think and we plot and we plan each day to make a difference; to give each child a chance to live with pride and dignity.

Every day is children’s day. 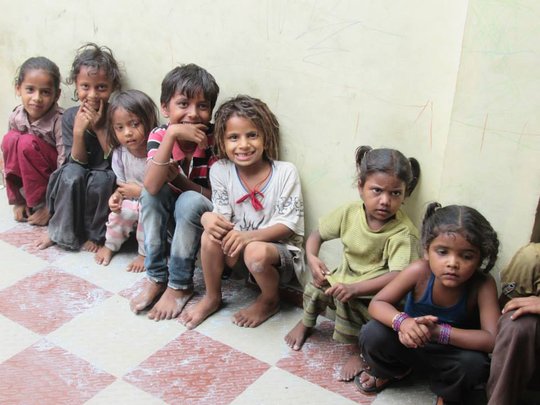 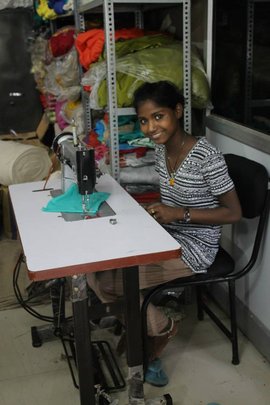 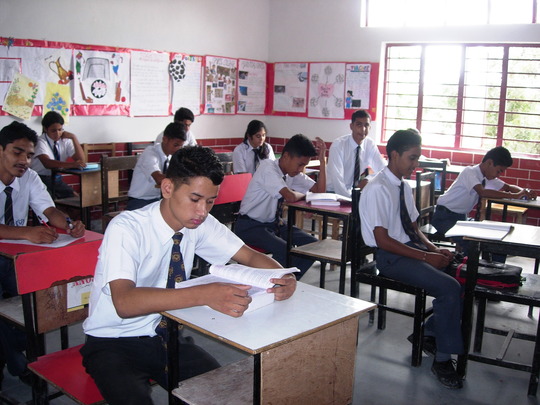 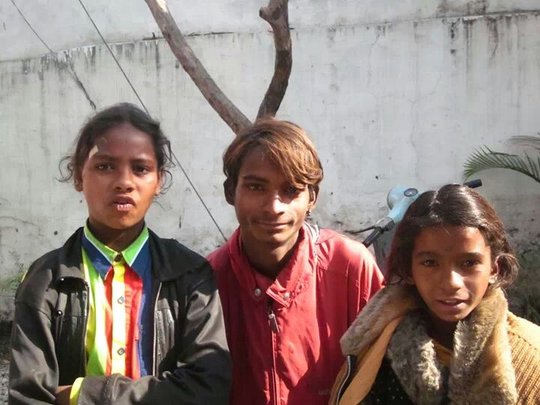 Naina, 13, had walked into our lives in jeans, gaudy multi coloured shirt and the disdainful attitude of a thousand, strutting peacocks writ large on her face, at the inaugural Street Smart meeting, averring, “Mein sab bachon ke leader hoon. Mujse baat karo”, “I am the leader for all children, talk to me.”

Naina, along with Raj & Sunita, was our 1st street child. Bold, unafraid, intelligent, Naina was a natural leader.  She   would help marshal our small group of street kids when we were still working from the pavements, she was part of Street Smart for the following 2 years, accompanying us for outreach, learning the alphabet and math, vocational training in the afternoon and returning to her family every evening.

Naina suddenly disappeared and then we heard she was getting married. She had been sold off to the highest bidder by her family.   She was 15, but the family said she was 18 and there wasn’t a thing we could do about it !. Naina was also a battered child who had been sent off to beg at Astley hall as a young child and beaten if she did not return home with enough money. Her father is an abusive drunk who had threatened to sell her off to the highest bidder, which he did. Her mother is no better.

Hoping for a better future Naina ran away from her groom within a day into the waiting arms of Monty, who she imagined loved her. Within a week, Monty put her to work on the streets as a sex worker. We called in the police, Childline for counseling, admitted Naina into ‘ashrams’, but to no avail. It is now over 2 years that she left Street Smart.

COUNSELLING  - Battered and  abused children need persistent counseling alone and with the families. The family exerts enormous pressure on the child and cannot be ignored. Counselling is now a major part of our work.

STREET SHELTER – There is a tremendous need for a shelter for the most vulnerable. If we had started a shelter 4 years ago, Naina may not have been sold into marriage or become a sex worker. We have 2 separate hostels for girls and boys started in 2013.

CATCHING THEM YOUNG - From the time we took our nascent steps & started interacting with the children on the street, we 'gently' resisted dealing with the kids below the age of 6. Our reasons were compelling - we were not a crèche/'anganwadi' equipped to deal with the wilful, crying tantrums of tots who lunched at their mother's breasts & used any available space as their private loo!

After dealing with the persistent drunken bouts of Rajkumar, his self-inflicted knife wounds, his loneliness.....; Sunita's self-doubts & addiction to 'gutka', Naina's tragic entry into adolescence, we have realised the wisdom of the saying, 'it's easier to build strong children, than to repair broken spirits.'

At the recently started outreach at Kanwali Road, where we get about 80 children every day, at least 35 are between the ages of 3-6. They come charging in at 10am hooting with the very joy of being alive!

We hope to encircle their young lives with love, so that they learn to love & trust, to praise, so that they don't view the world with cynical contemptuousness, to be honest, patient and tolerant & thereby reaffirm their faith in life!

Naina brings to mind Mark Twain’s saying “A hundred fly bites, cannot keep down a spirited horse”.   We sincerely hope Naina does not have to endure those hundred fly bites, we pray each night for her safety, physical and emotional. Because Naina is not only our most ‘spirited horse’, a natural leader, a go getter, she is first and foremost our child, whom we have loved and nurtured for over a year.

We have faith and we believe, sooner or later, Naina will be back. And we are now better equipped and  more experienced to deal with abused, battered children. 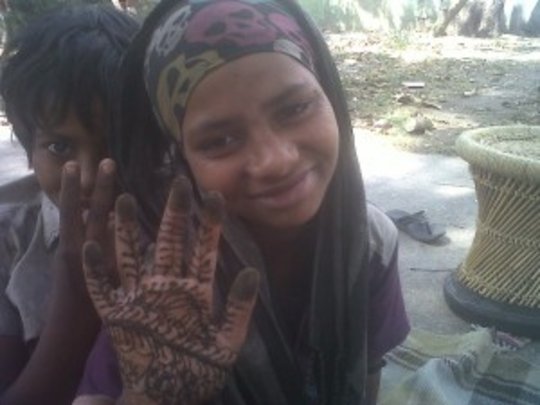 Initial Days on the Pavement 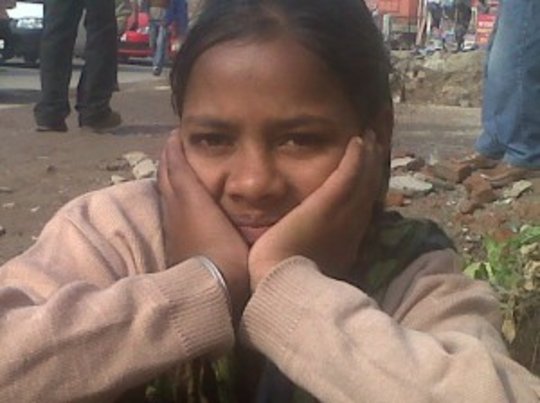 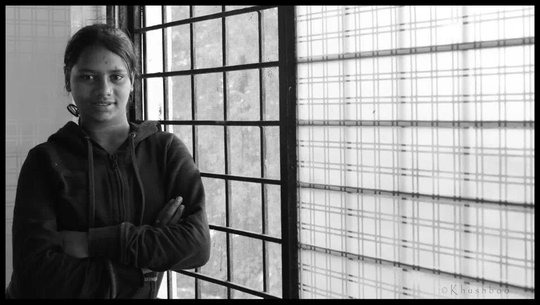 Naina at Street Smart
‹ 1 ... 9 10 11 12 13 14 15 16 17 ›
WARNING: Javascript is currently disabled or is not available in your browser. GlobalGiving makes extensive use of Javascript and will not function properly with Javascript disabled. Please enable Javascript and refresh this page.