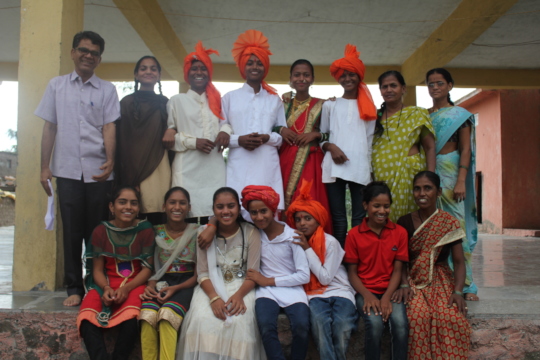 “Life skills education classes taught me that a girl should not get married before 18. I told my parents and stuck to it. I will only get married after I become an engineer”

Puja (name changed) lives in a nearby village which is at a distance of 30 kilometres from Institute of Health Management Pachod (IHMP). She is highly motivated and inspires girls in her village to continue with their education and also helps them in taking part in extracurricular activities.  Her parents are illiterate and work on their agricultural land, where they earn a very limited income from subsistence farming.

She studies in the 12th standard (higher secondary class) in a school in a neighbouring village (5 km. from her village). She cycles every day to the school. She completed the Life Skills Education course organized by IHMP in her village in 2014. Being an articulate and motivational speaker, she was chosen as a Peer Leader by other girls in her Girl’s Club (Kishori Mandal). She organized a visit for the girls to the nearby police station, bank, village council office, etc. with the help of the ASHA in her village. She also took the initiative for organizing street plays in her village. The plays were mostly about the risks and disadvantages of child marriage and the need for continuing education of adolescent girls. She encouraged other girls to take part in the street play and also convinced their parents to allow them. During the Life School Education course Puja learnt mehandi (henna designs on the hands) and rangoli (designs with coloured powder on the ground during special events). On (Independence Day) 15th August she was invited by her Village Council to do a rangoli at the entrance of the Village Council office.  She learnt different techniques for personal care through the beauty parlor course organized in her village by IHMP.  Now she undertakes this work for other girls and women in her village and earns money.

After learning computer skills on a tablet provided for adolescent girls in her village by Institute of Health Management, Pachod, she enrolled for a formal certificate course on computer skills. She completed the course successfully with more than 90 percent marks. She is able to access information through the internet on various topics like farming, scholarships and also learning different skills through YouTube tutorials. It came as a surprise to us that she also follows IHMP’s twitter handle and re-tweets on a daily basis about child marriage, women empowerment and nutrition.

Puja said, “Because of the Life Skills Education conducted by IHMP, I can speak confidently in front of others and express my opinion without hesitation. I have told my parents that I want to become an engineer and start working. Only after that I will think about getting married”

Institute of Health Management Pachod is empowering 154,000 girls with skills for adaptive change. We want them to access information, acquire skills and benefit from it the way Puja has benefitted. 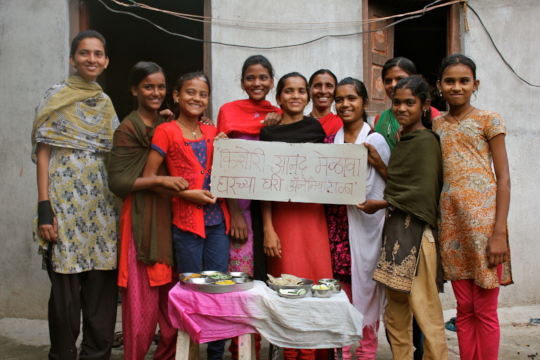 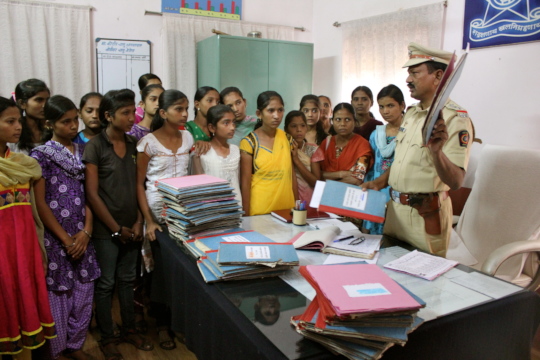 a visit to the police station 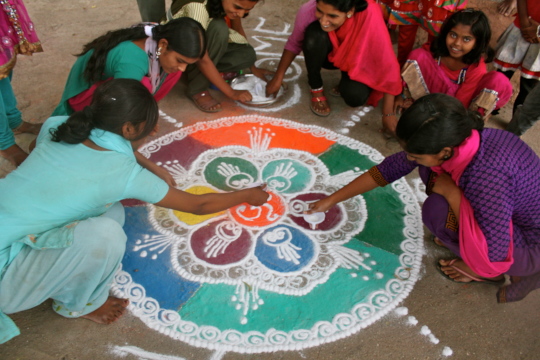 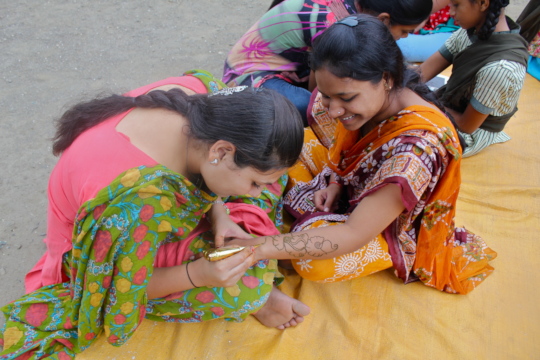 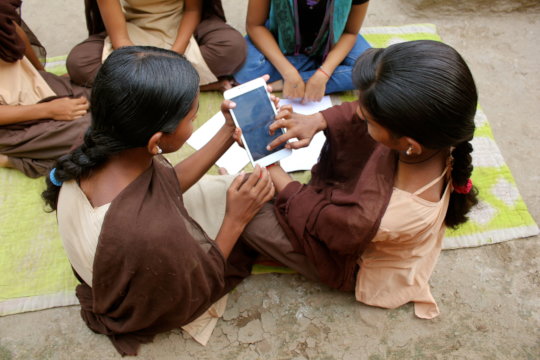 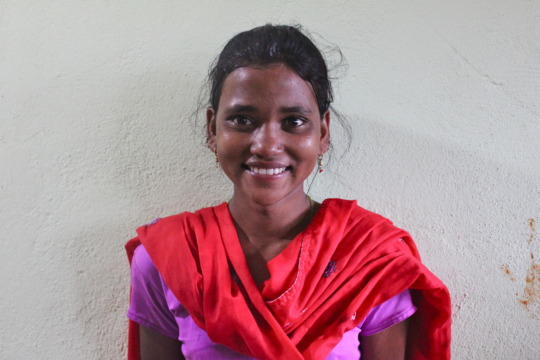 Nita (name changed) attends Life skill education classes conducted by IHMP’s community health worker (CHW) Asha (name changed). One day Asha noticed that Nita suddenly became very quiet during class, she did not talk at all. Once the class finished, she did not even stop to chat with her friends. Asha found her behavior very strange. Usually Nita used to talk so much that Asha had to ask Nita to stop. Asha asked Nita’s friends what had happened to her. Her friends told Asha that her parents have found a boy who is well settled and earns very well and so they have decided to marry her off as soon as possible.

IHMP’s CHW, Asha was shocked. Nita who is 17 years old is a student of class 12th. Asha knew that Nita wanted to study further and have a career as a Chartered Accountant (CA). Asha wondered, if Nita is married off so early, how is she ever going to become a CA? Asha decided to confront her parents. Along with her friends in her peer group she visited Nita’s parents one evening. Asha asked Nita to express her desires and feelings to her parents effectively with the skills she had learnt during life skill education.

During their discussion with Nita’s parents Asha and Nita’s friends realized that the boy with whom her marriage was being arranged had a well paid job in the metropolitan city of Mumbai and was very well settled. However, the boy and his parents had made it clear that they would not allow Nita to study any further after her marriage. They said they won’t even allow her to work and have a career after her marriage. Nita told her parents that she is very keen to complete her education. She said that she aspires to become a chartered accountant one day. She said that if her dream is taken away from her she will never be happy in her life.

Nita’s parents were convinced that they should allow Nita to continue her education and realize her dream of becoming a chartered accountant. They told the parents of the boy who Nita was supposed to marry that they had decided against her marriage to their son because of their decision not to allow her study or work after marriage.

Nita felt ecstatic that she got such timely support from Asha and her peers from Life Skills education.

Nita has completed 12th class now with a very good score. She has started studying a commerce course in a leading college in the city. She is pursuing her education as per her dreams. Her parents said that they can’t thank Asha enough for supporting their daughter and restoring her happiness and the twinkle in her eyes.

Usually when a girl’s marriage is broken, people in her community tend to stigmatize her.  In Nita’s case the outcome was very different. Asha talked to the neighbors and community leaders and told them that Nita had the courage to stand up for her rights and was able to convince her parents about her aspirations. People in her community started looking at Nita with respect and talked about her with pride. Asha is certain that Nita’s experience will touch the lives of many more adolescent girls in her slum.

IHMP reaches out to 140,000 adolescent girls endeavoring to make them reach their aspirations and dreams. 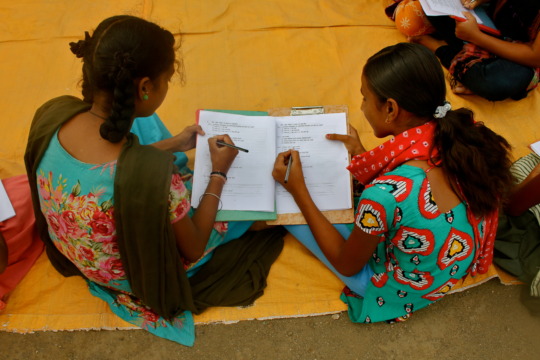 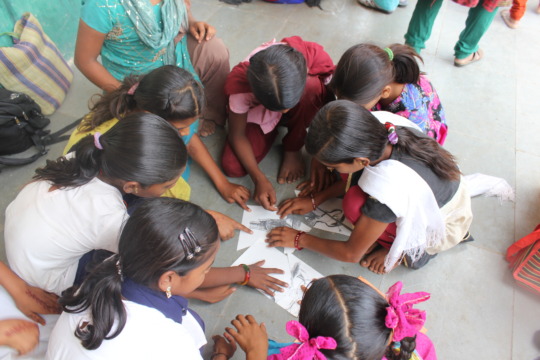 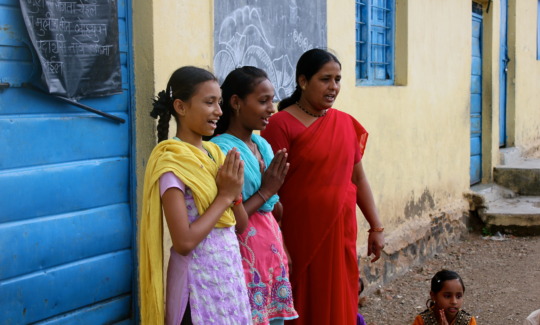 Girls with the ASHA 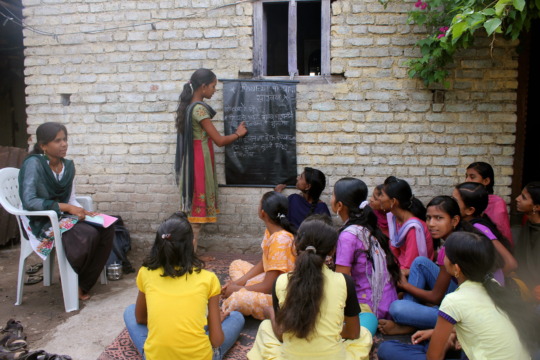 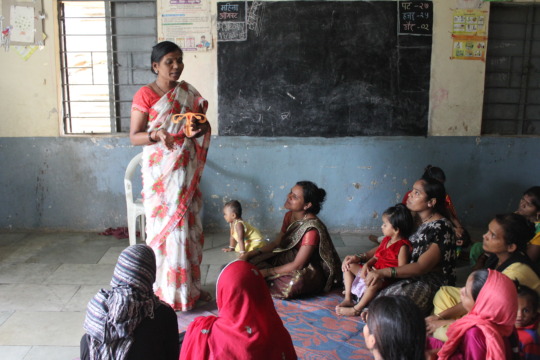 In most of our reports we focus on how unmarried and married adolescent girls, the target audience of our program, have benefitted from our interventions. We rarely talk about the dedicated frontline workers who bring about change in society by working day in day out for years. We would like to share the story of one such change maker – Nirmala.

Nirmala, has been working as a nurse for our organization for the last 8 years, since 2009. One of her unique qualities is that she would identify adolescent girls in need and provide individualized service to her beneficiaries. She would insist on additional inputs from the management if she felt that some of her beneficiaries needed such support. On numerous occasions Nirmala worked overtime as she insisted on accompanying her beneficiaries to the hospital for emergency medical care. With such a deep commitment to her work she has been able to save the lives of several married adolescent girls who would have died during pregnancy without timely intervention.

Nirmala, has given of herself without any reluctance and has been able to touch so many lives over the last 8 years despite the fact that her own life was full of stress and worries.

She had lost her father at an early age. After she completed her nursing her mother got her married. Soon after her marriage she realized very soon that her in laws had lied to her. Her husband was not willing to do any full time job and did not earn. The burden of running the home fell squarely on Nirmala’s shoulders. Once she joined as a nurse at IHMP eight years ago, she never left. Her husband on the other hand, never earned and never gave her any money. She even stopped expecting that he will ever earn. She raised her two children on her own and has ensured a good education for them.

Despite her stress she would come every day for work and provide services to girls and young women in the community always with a smile. But for this reason she was always very particular about her own health and would panic if she ever got unwell.

On 28th April 2017, Nirmala complained of pain in the abdomen after coming back from work in the slums. When the pain became very severe, she and her family went to a nearby general hospital. The cause of the pain could not be diagnosed. After two days when she stopped passing stools and started vomiting she was asked to get a CT scan but her husband did not have any money.

When her condition came to the notice of her colleagues, everyone pitched in and started a save ‘Nirmala’ campaign. The organization got her CT scan done. As soon as we had a definite diagnosis of intestinal obstruction we got Nirmala posted for emergency surgery on 5th May. During surgery it was found that gangrene had set in because of which more than half of her intestines had to be removed.

After surgery, Nirmala went into shock and was unconscious and on the ventilator for 4 days. All her colleagues took turns to be at the hospital beside her in 6 hour shifts. The entire organization had only one objective. This dedicated colleague who had saved the lives of so many married adolescent girls deserved our concern and support in every possible way.

Nirmala, is still very weak and she will suffer from digestive problems and diarrhoea for rest of her life as a consequence of removal of major part of her intestine. She will be on blood thinning medicines for her lifetime and she will require frequent visits to see a specialist doctor. Yet she is rearing to get back to work.

Nirmala’s surgery and treatment was very costly. We wrote to our friends and supporters and so many have made substantive contributions. We are very grateful for your timely help and support. Nirmala reminded us that our work with unmarried and married adolescent girls would be impossible were it not for the silent dedication and commitment of the people that work in this in this organization. Care givers also deserve care and support in times of need. 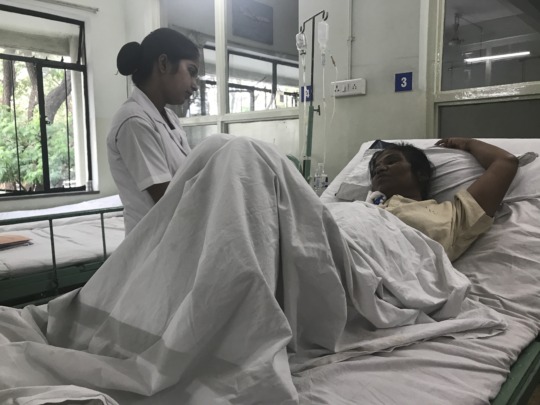 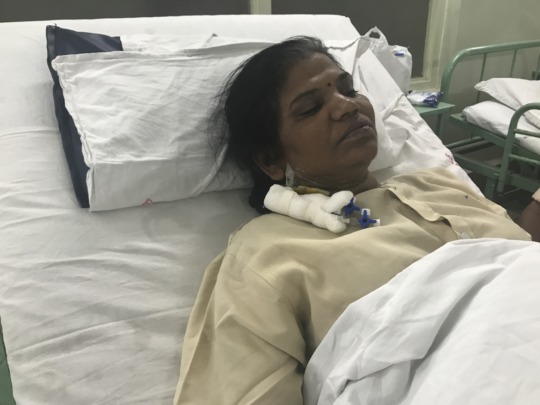 Shifted to general ward after four days in ICU 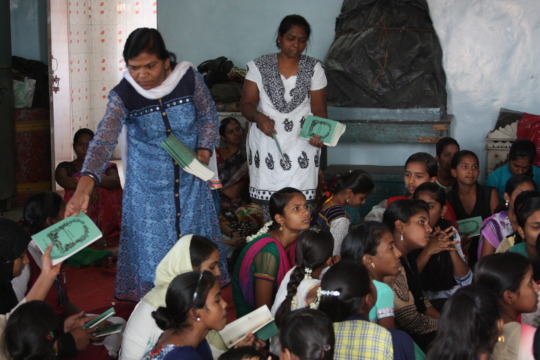 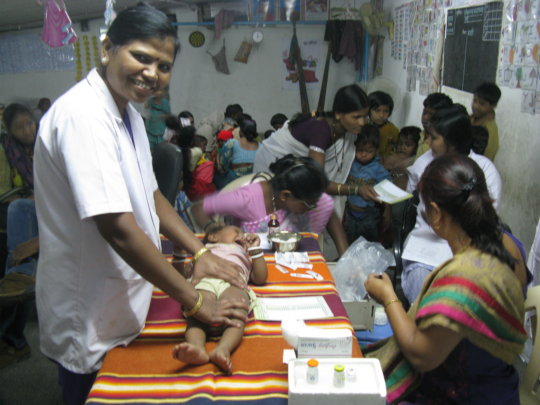 Nirmala assisting a baby's check up