Sunita (name changed) is a brilliant girl who was studying in the 10th class when an unfortunate incident occurred in her slum.  An adolescent couple who wanted to get married decided to run away from home but eventually ended up committing suicide. After this incident many parents were scared and reluctant to send their girls to school; Sunita’s grandmother was one of them.

Sunita’s grandmother thought that her grand-daughter might also have an affair and may run away with a boy. Anita’s schooling was stopped. To make it worse when she turned 16 yrs; her parents and grandmother decided to marry her with a boy who belonged to their own kinship. They were determined to arrange her marriage as soon as possible.

Sunita was enrolled in the life skills education being conducted in her slum by Institute of Health Management Pachod (IHMP). She told her grandmother about the risks of early marriage that she had learnt during life skills education and tried to convince her that she would never think of running away with a boy.

The adolescent girl’s club members visited Sunita’s house and met her family members. Initially her parents and grandmother were adamant and refused to discuss the possibility of continuing Sunita’s education. The girl’s club members made Sunita’s grandmother and parents realize that with the moral values that they had received during the life skills education; she will not even think of running away with a boy if she were allowed to continue her education. They convinced the family that their fear created from the actions of a neighbors’ daughter would unnecessarily deprive Sunita of education and the potential for a better life.

The next day Sunita’s grandmother visited IHMP’s community health worker’s home to inform her of the family decision to continue with Sunita’s education and delay her marriage till as long as she wished to continue studying.

Sunita shared her happiness by distributing chocolates to all girls in her life skills education class and the girl’s club members. She continues to go to school, and is now in the 12th class. She is happy with her achievement.

Every year about 5000 girls like Sunita get empowered as a result of IHMP’s life skills education. Thousands of girls have been able to negotiate with their parents and family members to continue with their education and delay their marriage. 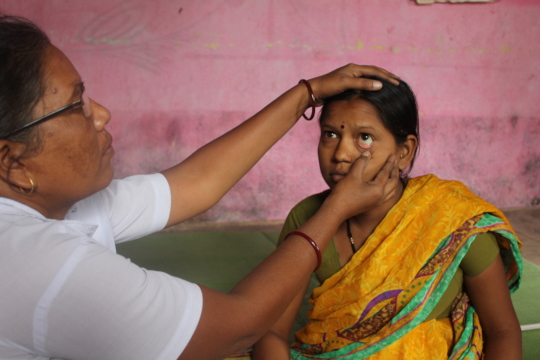 During household visits in one slum, IHMP’s nurse, Nirmala and the Community Health Worker, Lata found a pregnant woman, Renuka (name changed) in her 2nd month of pregnancy. After the nurse registered her for pregnancy medical care, Renuka told them that she was feeling weak and lethargic since a month. Nirmala probed her for more information and found that she was only having two meals a day and her blood reports indicated that she was severely anemic.

Nirmala and Lata were quick to assess the situation and told Renuka to increase her food intake. They provided her with a daily diet intake chart designed by Institute of Health Management Pachod (IHMP), which provides the different times a pregnant woman must take meals, and the variety of food options she should choose for each meal. They told her to display the chart in her kitchen, and follow the dietary plan as closely as possible. They also explained her how to control anemia through good diet.

During their next visit, Nirmala and Lata were very pleased to see that Renuka's husband, Satish was also present and was eager to know about the dietary requirements of his wife during the course of her pregnancy. The nurse patiently explained to him about the dietary needs of a pregnant woman, and showed him the daily dietary intake chart that they had given to Renuka.

During their next visit IHMP’s nurse, Nirmala and Lata were pleasantly surprised with what they saw.

Lata knocked on Renuka's door, to be greeted by her healthy, glowing face. She led them into the kitchen and pointed to a paper stuck to the wall. The two women stared at a neat personalized, weekly, dietary intake chart that had been adapted by Satish and presented to his wife a few weeks ago. Every day Satish would go to the market and purchase food items that they had specified on Renuka’s dietary intake chart.  At the end of each day Renuka and Satish signed the chart making sure that the dietary recommendations made by the nurse had been followed. Nirmala and Lata were delighted to see that Renuka’s husband had taken such keen interest to ensure his wife’s good health.

Satish is our champion and ambassador of the month. He has been involved in sharing the dietary intake chart designed by him with the spouses of other pregnant women in nearby slums. He tells other men how his severely anemic wife improved solely with good dietary intake.  Satish epitomizes the importance of involving husbands in ensuring safe pregnancy for young women. 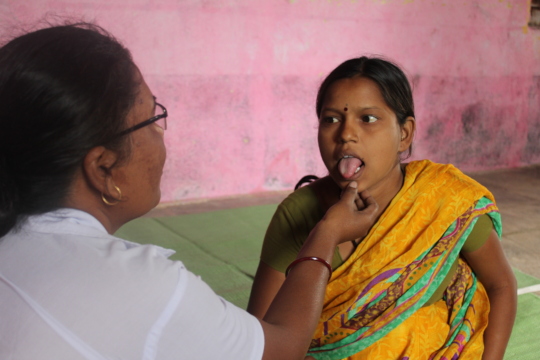 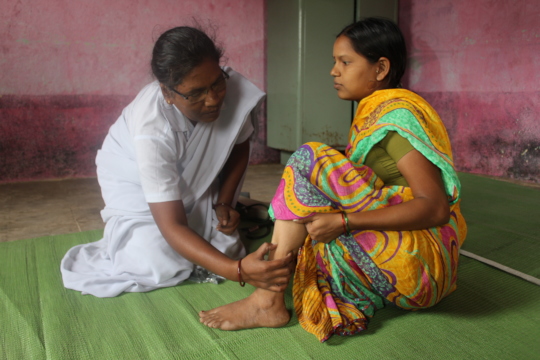 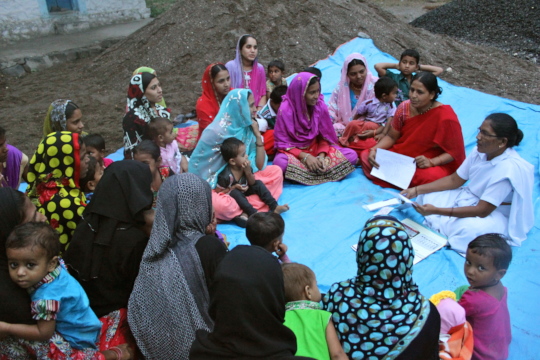 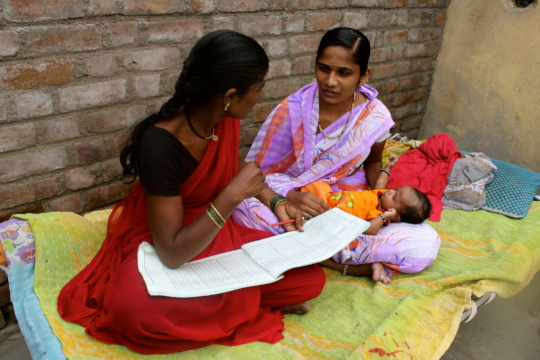 For Anjana, IHMP nurse and Sangita a Community Health Worker (CHW), what started as a regular visit in Gosavi slum was about to take an interesting turn. Sangita informed Anjana of a new family that had arrived in this slum, in which a married adolescent girl, Rinki had just given birth to a baby boy two weeks ago. Anjana proceeded to visit the woman with Sangita for conducting a post-natal examination.

On reaching Rinki’s house, Anjana noted that it was a very cramped up space, most of which was occupied by a tiny bed, which was used by the mother and her newborn. The baby was very weak irritable.

After an introduction by the Community Health worker, the IHMP nurse started asking Rinki questions about her health and did her baby. Rinki told Anjana and Sangita that her baby did not drink her milk and has been crying frequently, so they were feeding him cow’s milk. Since then the newborn was having diarrhea.

Anjana was quick to ask her if she had any trouble with her breasts, to which she finally replied that her right breast was extremely painful because of which she couldn’t breastfeed her baby. On examining Rinki, Anjana found that her breast was swollen and painful, and she also had fever. Rinki told Anjana that she had attempted to get treatment at a nearby hospital but due to unavailability of beds, she was just given a few medicines and sent back home.

Anjana advised Rinki not to delay treatment any further and visit a nearby hospital right away. She heeded her advice and underwent surgical drainage of pus from her right breast after which she was admitted in the hospital for 3 days. One week later, Anjana visited Rinki for a follow up visit and was pleased to find both mother and baby were in good health. Rinki thanked her and Sangita, insisting that they had saved her baby’s life and that the doctor had said that it would have turned life threatening if she had ignored the problem any longer.

Anjana and Sangita were delighted that their timely assistance helped a woman in need.

IHMP’s nurses with the assistance of community health workers have saved many lives by detecting health problems early and taking simple steps in addressing them. IHMP would like to scale up these interventions in all the slums in this city. 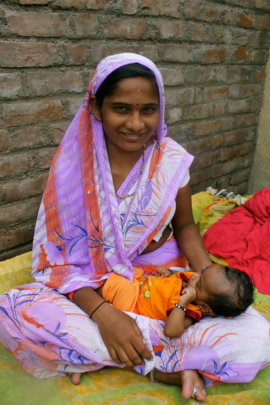 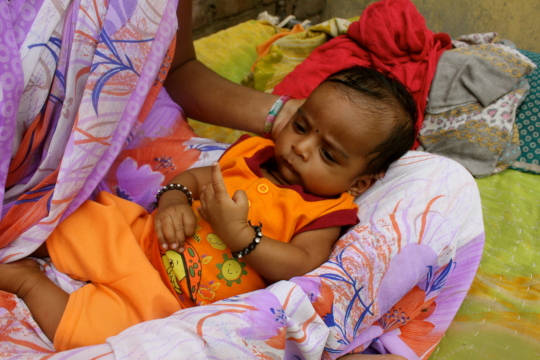