From Vision to Reality: Bushmen Exchange 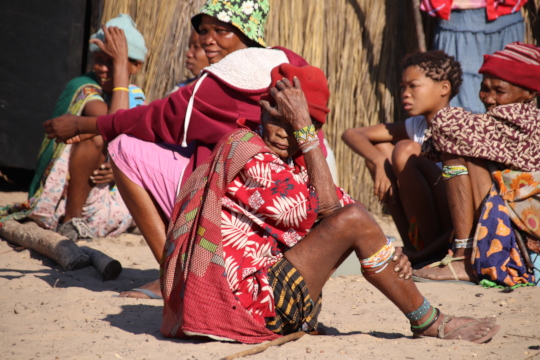 There’s a miracle happening in the Kalahari, in part due to your help. Propelled by the vision Bushman healer Lys Kruiper has for her people and for humanity, the vision is powerful and simple… to empower the youth and to help them remember who they are to perpetuate their culture, which is currently under threat of extinction.

The first part of this vision was to build a healing hut in her community, which could be used as a workshop space to teach the youth traditional medicine, including “smeer,” traditional Bushman massage, and herbal medicine. She and her husband are two remaining Elders who still remember the traditional ways. But they can only take the teachings so far. Which brings us to the second part of her vision, which is the focus of this report. Her desire was to bring a group of Bushmen youth to Namibia to meet with an intact Bushman community there. The Bushmen in Namibia have been less impacted by Western influence and as a result, the ancient knowledge also remains more intact than in the communities in the Kalahari.

In October of 2018, with your support, we brought a group of seven youth and four Elders to Namibia. The trip was grueling—14 hours of driving on the first day, 12 the second day to bring us deep into the Bushveld. Invited to stay with a local tribe, initially the boys were reserved, unsure of how to ask questions that were burning on their hearts. Eventually, with the help of a translator and as the level of comfort rose, they were able to have meaningful conversations with the Elders from this tribe, exchanging knowledge of medicinal herbs, plants, and even participating in a trance dance. At the end of this trip, Lys commented, “I see the hope and excitement in the boys. It gives me hope that our culture will continue.”

We have begun conversations with the Namibian Ju’/hoansi tribe about the possibility of a future exchange, bringing a group of Namibian youth and Elders to the Kalahari for a month. With your continued support, we are confident the first of these exchanges can take place sometime in June-August 2019.

The Bushmen are under threat of extinction. Please continue to spread the word about this initiative so that we can support this exchange and support Lys in the vision for her people. This healing will ripple through time and space to heal all of humanity. 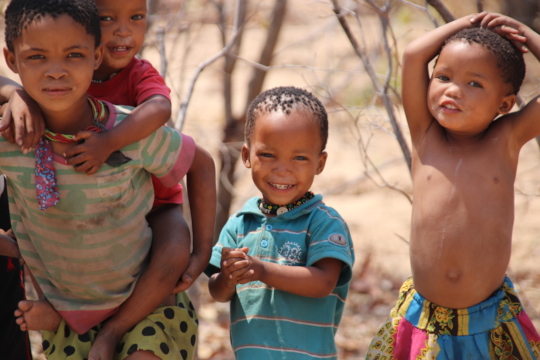 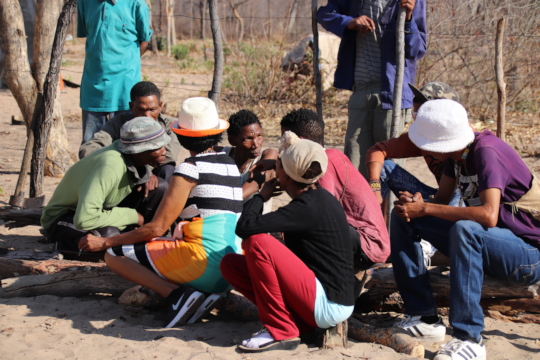 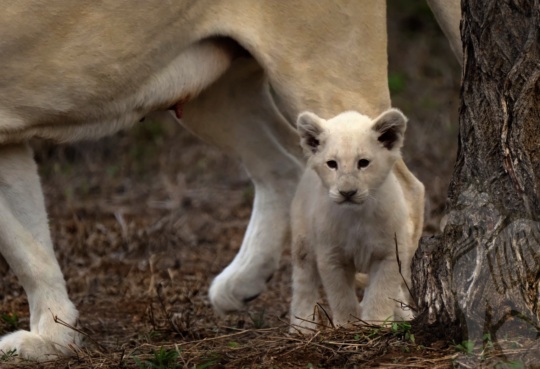 One of the newest cubs

Your support continues to enable us to bring Western and Indigenous knowledge systems together for big cat conservation and for this we are extremely grateful.

Currently, there are only 13 White Lions in the wild and approximately 300-500 in captivity. First seen in the wild in the 1970s, they were extracted from their ancestral lands as humans believed these big cats were albinos that would never survive in the wild. Nothing is further than the truth.

Most White Lions at that time were sent to zoos and circuses or worse, to trophy hunting facilities where cubs are routinely removed from their mothers, and then handled and bottle fed by humans only to be used as breeder lions or for trophy hunters who wish to pay large sums of money to “hunt” and bring a trophy home. However, in 2004, four White Lions were rescued from a trophy hunting facility by one of our Big Cat Alliance Partners, the Global White Lion Protection Trust. These lions not only proved they were able to hunt on their own, they also provided the genetic information which determined definitively to scientists that the white lions are in fact a genetic subspecies of their tawny relatives. Within a few years, three new White Lion cubs were born. However, it has been ten years since any other White Lion cubs were born. Until two months ago. We wanted to report to you donors that four White Lion cubs were just born to two of the White Lions two months ago. WISN supports the White Lions in a number of ways, including bringing groups to the site which raises awareness and funds for the project. We also support community projects in the area.

WISN continues to support our Big Cat partners, including the Global White Lion Protection Trust through your support, which is critical right now. These cats, like all apex predators, are important not only in their own right, but because our very survival depends on theirs!

We are immensely grateful to you, to the ancestors, and to the spirit of the big cats. 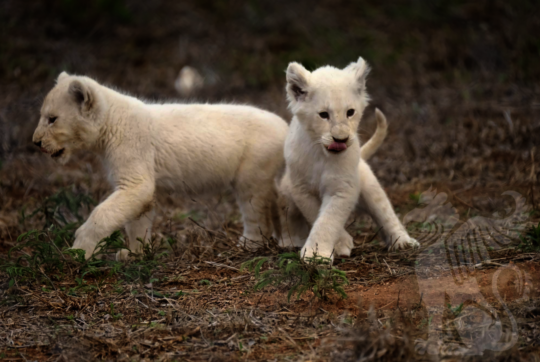 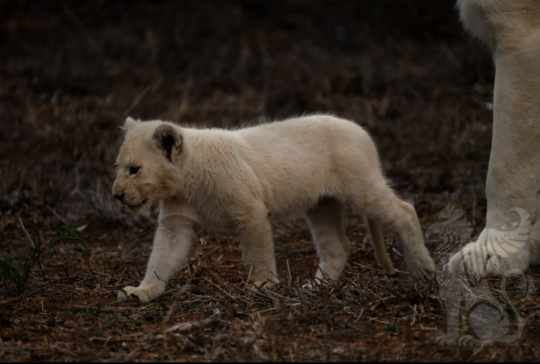 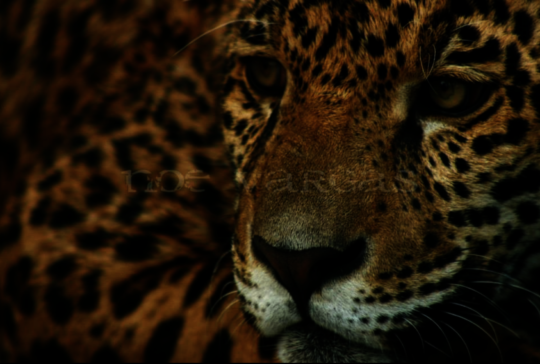 Thank you for all that you do to help us bring Western and Indigenous knowledge systems together for the conservation of these beloved big cats. These cats, as we’ve indicated in previous communications, are important not only in their own right, but because our very survival depends on theirs! We are immensely grateful to you, to the ancestors, and to the spirit of the big cats.

WISN has worked closely with Jaguar Artist, Musician, and Indigenous Cultural Practioner (ICP) Ernesto Hernandez Olmos for many years. He conceived of and has begun plans for a jaguar sanctuary, within which the Ceremonial Center of Spirituality, Art, and Culture of Oaxaca will be housed. ICP Olmos will direct the center.

The center was created with the objective of preserving the ancestral traditions and practices of the Elders by focusing on the culture and spirituality of the Jaguar. The teachings and practices of spiritual ceremonies and rituals of healing, such as the Temazcal, plant medicine ceremonies and sound therapy (healing via the sound of ancestral instruments), will all be a part of the center which is currently under construction.

The aim is to promote education and awareness to the next generations and to bring awareness to the importance of protecting the jaguar and its habitat, which represents our mother earth. ICP Olmos, international spiritual healing arts practitioner and member of the WISN network, has worked for several years to build community and institutional connections to support the Jaguar of Light in Oaxaca, Mexico. He has been working with wisdom keepers, scientists and historians from three different continents with the goal of preserving the ancient historic connections of the sacred cats such as white lions of Timvabati, white leopards of Asia, white tigers of Russia and China, and Jaguars of the Americas.

In 2015, he started developing the Central American Network of the union of scientists and shamans working together for the preservation the of spirituality of the jaguar and the conservation of its habitat and well being. WISN is supporting him in his efforts.

Please help us to help Indigenous Cultural Practitioners like Olmos who understand the importance of preservation of sacred cultures and connections to share the cosmovision that inspire humanity to return to balance. 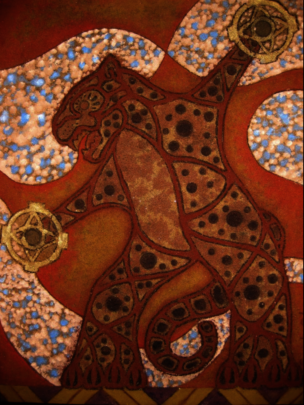 An example of ICP Olmos' artwork 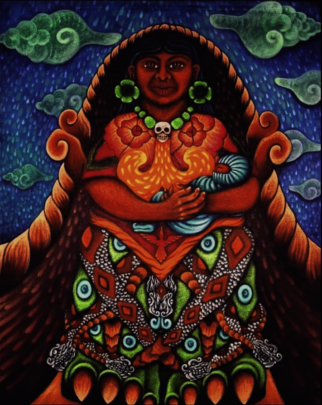 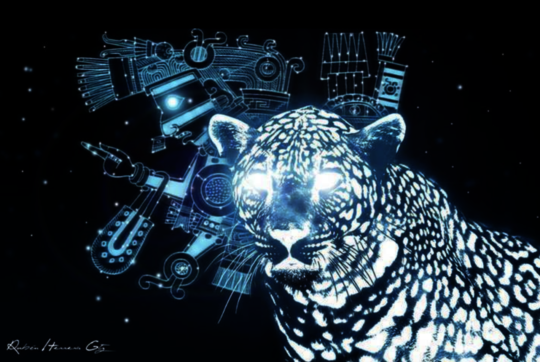 Jaguar of Light from Oaxaca
‹ 1 2 3 4 5 6 7 8 9 ... 14 ›
WARNING: Javascript is currently disabled or is not available in your browser. GlobalGiving makes extensive use of Javascript and will not function properly with Javascript disabled. Please enable Javascript and refresh this page.