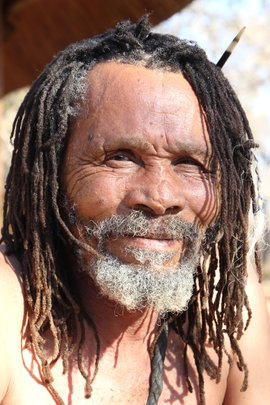 This fire was started in the Uluu Ot ceremony in Kyrgyzstan in 2006. May we continue to build this sacred fire of unity and healing for Mother Earth.

“We make fire with our thanks."  ~ Credo Mutwa

It was only fitting that the first official Global Gathering for Big Cat Conservation convened on the ancestral homelands of the White Lions, king of kings, and in the spot on earth on which humankind originated. Shamans, elders, and scientists traveled from the four corners of the Earth to meet, pray, and share ideas about conservation throughout the week together. The 17 souls in attendance represented white lions, snow leopards, leopards, and tigers, as well as the sacred wolves of France.

The gathering launched at sunset on Ingwavuma (Lion) Day with a fire ceremony guided by the drums of local healers and was followed by a traditional poike meal around the fire. Throughout the week, participants shared with one another formally, through presentations, and informally, through ceremonies, at meals, and during other activities, including a visit to a local school during which local learners performed, danced traditional dances, and recited poetry for us. The group also traveled to Kruger Park, one of the largest biospheres in the world, to see additional African wildlife.

Participants woke up each morning to the sounds of the grey loeries and other birds and had the opportunity to spend time with the White Lions each day. They gave in depth presentations throughout the week, sharing about their cultures and organizations, and giving a voice to the species they represented.

The week concluded with breakout groups and brainstorming sessions during which the group discussed how to technology could serve efforts to conserve these sacred species, and the group also outlined next steps for the Alliance (below), including concrete action items that can be taken before our next gathering.

The shadow showed up as well. Two elders—one representing the Jaguars of Mexico and one representing the Black Lion of Ethiopia—were unable to join the delegation at the last minute. Also, one elder arrived to the gathering quite ill. Others within the group subsequently fell ill during the week. However, everyone was feeling stronger and better by the conclusion of the gathering.

Highlights of the gathering:

We are immensely grateful to all who helped make this gathering possible; to the sacred species and the Ancestors who brought us together; to the foundations who provided financial support; and to those of you provided individual financial support. 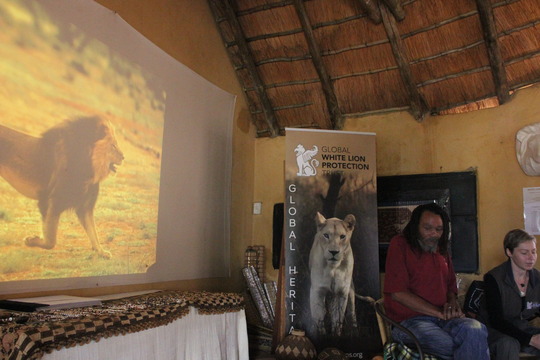 Presentation about the state of the Kalahari lion 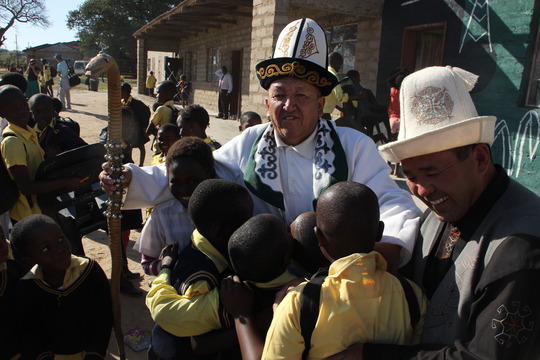 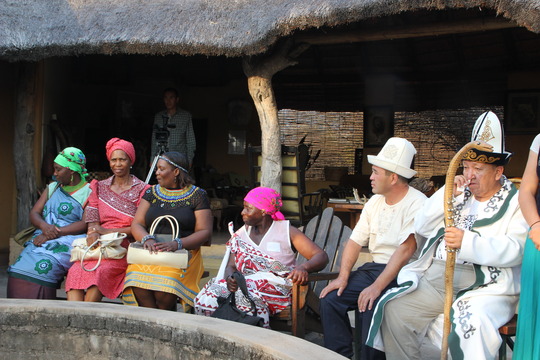 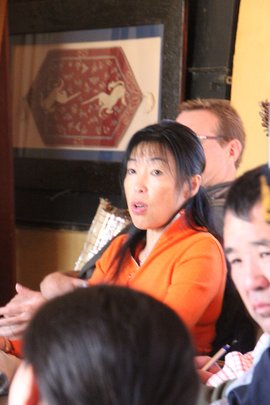 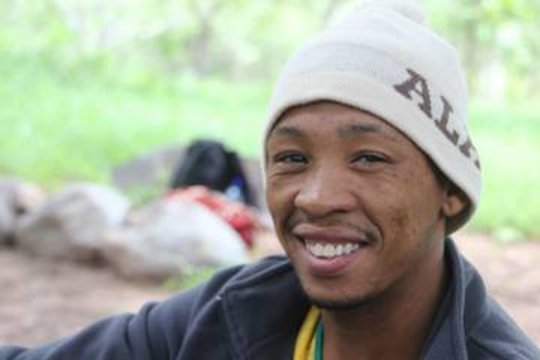 We are very grateful to our donors who collectively have donated (to date) over $2,000 towards our $10,000 goal. Because we received enough individual donors, we were invited to have a permanent spot on the GlobalGiving website, for which we are also immensely grateful. It’s through the generous donations of our donors that we are able to carry on this important work to help save the critically endangered big cats.

The past few months, we have been working hard to pull the global gathering together, inviting indigenous elders and scientists from around the world. Twenty representatives from Central Asia, Africa, South America, Europe, and the United States will attend. The gathering will be held in South Africa in late August, and we will provide an update of how the meetings went in our next report. As the momentum builds, we will also at this meeting be laying the groundwork for the next global gathering that will be held in 2015 in Oaxaca, Mexico, home to the endangered jaguar.

As a result of the funds raised to date, we were able to invite two additional participants—two Bushmen—to the gathering. With their profound understanding of the big cats and of nature as well as their outstanding knowledge of the ancient art of tracking, their participation will be very important to the success of this and future meetings. We are immensely grateful to our donors for helping make it possible to bring these individuals to this important gathering. 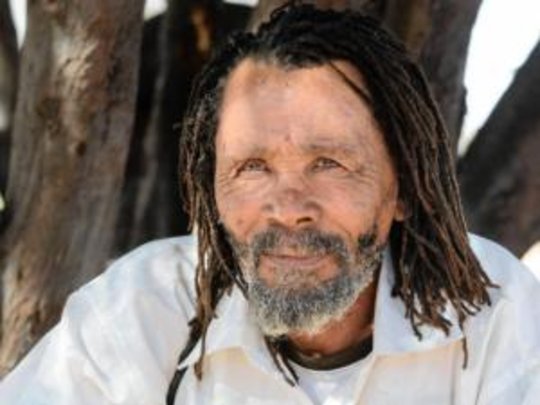 Attachments:
‹ 1 ... 6 7 8 9 10 11 12 13 14
WARNING: Javascript is currently disabled or is not available in your browser. GlobalGiving makes extensive use of Javascript and will not function properly with Javascript disabled. Please enable Javascript and refresh this page.