From Victim to Survivor: A Client's Journey to Finding Her Voice 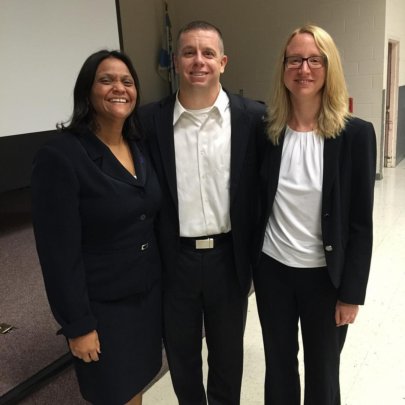 The Center for Safety & Change, Inc. (the Center) is a nonprofit agency serving survivors of domestic violence, sexual assault and other crimes in Rockland County, NY.  Since its inception in 1979, the Center, formerly known as Rockland Family Shelter, has been the sole service provider to victims of sexual assault and their families. The Center’s Sexual Assault Program includes a 24-hour rape crisis hotline, counseling and therapy, a 15-bed emergency residential shelter, services for families of survivors, support groups, and a Sexual Assault Forensic Examiner program at both of Rockland’s acute care hospitals.

This quarter, the Center worked with a client who was first referred to the agency by a family friend who was renting a room on the second floor of the client’s private house.  The client had disclosed to her friend that she was being repeatedly raped and physically abused by her husband.  The rapes led to internal injuries and the client contracted STD’s from her husband.  The client attended church regularly and disclosed each week, to her pastor, the ongoing abuse she endured.  The pastor advised her to pray more.

One night, once the children fell asleep, her husband began to rape her, but this time, strangled her as well.  The client passed out and eventually woke up to him laughing.  She tried to run out of the bedroom, but he blocked her from reaching the door.  She began to cry and yell “Why are you doing this to me!?”  The family friend on the second floor overheard the argument and contacted the police.  When police arrived at the home, they were forced to break the door down to gain entry.  The police found her unclothed and crying in one corner of the bedroom and her perpetrator was hiding under the bed.  The police arrested the perpetrator, however, during the criminal court trial, he was released as the jury found him not guilty because they believed there was insufficient evidence.

Once released from jail, he requested visitation with his children.  The client, who had been victimized for many years, refuses to let her husband victimize her children.  The client is currently utilizing her sessions at the Center to be empowered and to have a voice not only in the court system, but in her life. The client is now able to look at her perpetrator in the eyes and not feel shame.  The client states that she felt like an abused cat when she was being victimized, but now she feels like a lion.  The perpetrator’s visits are currently suspended until a family court trial is completed and a decision has been made by the court.  The client shared that although she is undergoing much uncertainty with the court system, she is not afraid and feels empowered because she has a voice and has finally been believed.

Lastly, this quarter, the Center co-hosted the 19th annual STOP Family Abuse, Endangering Women, and Children, Abuse of All Kinds, Rape and Sexual Assault (STOP F.E.A.R) Coalition Criminal Justice Conference.  This year’s presentation was facilitated by Kevin M. Mulcahy, Assistant U.S Attorney, who focuses on child exploitation crimes.  In his presentation entitled “Randy and Me: A Prosecutor's Story of His Childhood Sexual Abuse,” Kevin discusses his own experiences of child sexual exploitation and relays lessons that he feels can be helpful to the professionals who assist victims of these crimes. This year, nearly 200 law enforcement personnel, victim advocates, social service providers, prosecutors, and community members attended the STOP F.E.A.R. conference. (Attached photo shows the Center’s Executive Director, Elizabeth Santiago, as well as the Deputy Executive Director of Programs and Legal Services, Kiera Pollock, with Kevin Mulcahy at the STOP F.E.A.R conference.) 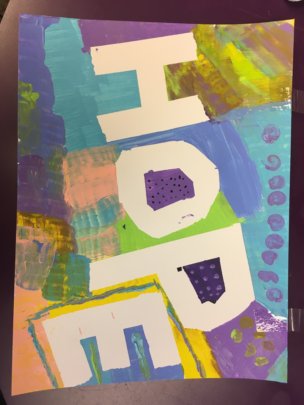 The Center for Safety & Change, Inc. (CSC) is a nonprofit agency serving survivors of domestic violence, sexual assault and other crimes in Rockland County, NY.  Since its inception in 1979, CSC, formerly known as Rockland Family Shelter, has been the sole service provider to victims of sexual assault and their families. CSC’s Sexual Assault Program includes a 24-hour rape crisis hotline, counseling and therapy, a 15-bed emergency residential shelter, services for families of survivors, support groups, and a Sexual Assault Forensic Examiner program at both of Rockland’s acute care hospitals. According to the Rape Abuse7 Incest National Network, there are 288,820 victims (age 12 or older) of rape and sexual assault each year in the United States.

During this reporting period, we were called by the Emergency Departments for 13 cases of rape, thirteen of which involved individuals under the age of 18. A Forensic Examiner and a Rape Crisis Counselor/Advocate responded to every case. The nurse and the advocates worked together to address all the immediate needs of the survivor, including medical, psychological and involvement with law enforcement.  In addition, despite the difficulties in recruiting nurses, CSC’s Senior Coordinator of the SAFE program successfully recruited two nurses to attend the New York State Department of Health- Certified Sexual Assault Forensic Examiner course to receive their SAFE certifications. Both of these nurses have signed a letter of commitment to be on-call each month to respond to sexual assault cases at our hospitals through our SAFE program. One of the nurses is fluent in sign language.

Lastly, CSC’s Children & Youth Department provided services to an individual who was sexually abused as an 8 year old. After working with her, she learned the abuse was not her fault, and although she wished she disclosed earlier, she understood the many reasons she could not talk about what happened at the time. This piece of artwork (attached in the report) symbolizes the hope she still feels that she can heal from the abuse and enjoy her life.

The Center for Safety & Change, Inc. (CSC) is a nonprofit agency serving survivors of domestic violence, sexual assault and other crimes in Rockland County, NY.  Since its inception in 1979, CSC, formerly known as Rockland Family Shelter, has been the sole service provider to victims of sexual assault and their families. CSC’s Sexual Assault Program includes a 24-hour rape crisis hotline, counseling and therapy, a 15-bed emergency residential shelter, services for families of survivors, support groups, and a Sexual Assault Forensic Examiner program at both of Rockland’s acute care hospitals.  According to the Center for Disease and Control’s Facts at a Glance page, most recently updated in 2012, sexual assault is a reality that affects approximately 1 in 5 women and does not discriminate; it is a pervasive crime that crosses all socioeconomic and cultural boundaries.  CSC, having originated and grown in a highly diverse county, works to ensure that all of our programs and policies reflect the varied needs of all clients, including clients from immigrant and other historically underserved communities.

During this quarter, a Forensic Nurse and a Rape Crisis Counselor from CSC responded to a patient at the hospital who had been raped by her ex-boyfriend. She had multiple injuries. She had so many concerns, including her safety, medical treatment, exposure to sexually transmitted infections, and reporting to law enforcement. By the time she left the hospital, all her medical needs had been met, she had been treated with medication to prevent STI’s, had evidence collected and given to the police, and had been reassured by the advocate that the support that she received at the hospital would continue through our agency for as long as she needed it. This is a typical example of how our nurses and advocates always work as a team for the survivor.

Also, this quarter consisted of Sexual Assault Awareness Month, which took place in April.  The Center for Safety & Change participated in “Denim Day”, where all employees wore denim to support victims of sexual assault (see attached photos). In addition, CSC conducted several outreach activities, including tabling at St. Thomas Aquinas College to educate students about sexual assault (see attached photo).  St. Thomas Aquninas then launched a campaign on campus where students would wear black t-shirts during the month of April.  Wearing black onThursdays indicates you are tired of putting up with violence, and demand communities where we can all walk safely without fear; fear of being beaten up, fear of being verbally abused, fear of being bullied, and fear of discrimination. It shows that you want to be free. It is a campaign that recognizes violence takes many forms.