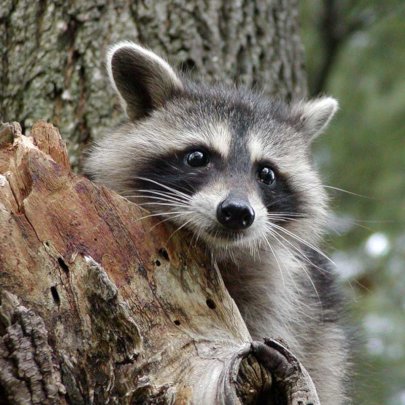 Spring has arrived, with its usual proliferation of life this year!  With the recent shutdown of nearby wildlife rescue/sanctuaries, Rockfish Wildlife Sanctuary has seen a greater influx of certain species this spring and it seems as though we are on the way to a record year! Specifically, foxes and raccoons are arriving in numbers well ahead of previous years and pushing our limits to house and keep happy these absolutely adorable little guys. Creativity has been the name of the game so far, juggling enclosures to match the current needs with the result of keeping our rehabbers busy, all the while working to create little or no stress on the animals. The arrival of summer interns is an event, like the swallows returning to Capistrano - both highly anticipated and greatly appreciated (even more so this year!) Every year is different, every day is different - but the need is the same and the results are what keep us all motivated!

Everything you do to help us help wildlife is greatly appreciated - by our humans and animals alike!!! 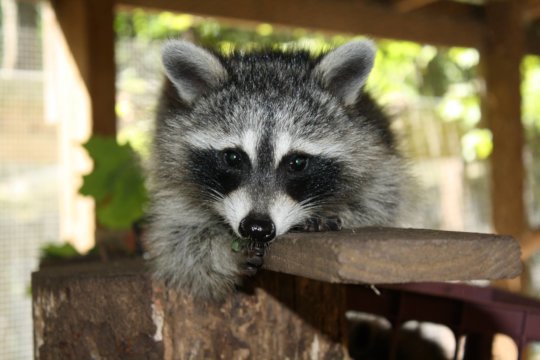 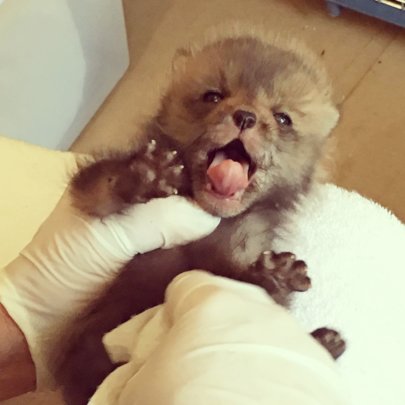 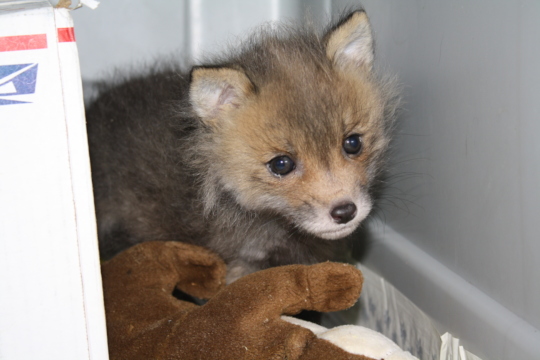 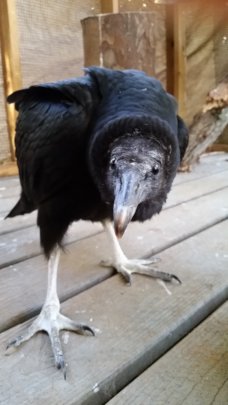 This American Black Vulture arrived at Rockfish Wildlife Sanctuary after being rescued by a Conservation Police officer from a private home in Lynchburg. A call had come into the department about a “tame” vulture that was harassing pets in a neighborhood. The officer arrived to find the vulture living in a woman's yard, where it had been kept as a pet.

This was possible because of an act of great cruelty – the bird was unable to fly, because its primary feathers had been clipped. These are the long, wide wing feathers required for fight. This wild bird, accustomed to soaring high in the sky, kettling with other vultures, and perching high in dead trees, was reduced to pecking around in a backyard.

Since it is unlawful to possess a vulture as a pet, the officer removed it from the home and brought it to RWS. When the bird was taken to an enclosure and let loose for observation, the damage to its primary feathers was immediately obvious. Vultures only lose two or three primary feathers per molt (once per year) so that they can continue to fly while the new replacements come in. It will take up to five years for this vulture to regrow all its primary feathers and begin to fly again.

Given its overly tame nature, lack of flight, and the length of time RWS would have to keep it for rehabilitation, the veterinarian at the Wildlife Center of Virginia recommended that the vulture become an education animal. Education animals are those that are unreleasable and are able to be used for public education. RWS applied for federal US Fish and Wildlife Service permits immediately, and we have received them.

Now named Rosie, the vulture eats rats and mice, enjoys pecking at shoes, and is currently in training to be the Sanctuary’s newest education animal ambassador. The training involves learning to work with an RWS staff handler, sit calmly on a glove, and eventually appear in public. Once he is comfortable in this role, Rosie and his handler will visit schools and other groups for wildlife education presentations, providing an up-close look at a fascinating creature.

Black Vultures and Turkey Vultures play an important role in the ecosystem by eating carrion. According to Kristin Madden of the U.S. Fish and Wildlife Service, Black Vultures “can digest herpes, anthrax, hantavirus. They can eat all of the dead stuff that clutters our land and metabolize it and get rid of the diseases.” Unlike Turkey Vultures, Black Vultures will also occasionally kill small animals for food and do check landfills and dumpsters for human discards. The American Black Vulture is found year-round in the southeastern US, Central and South America. 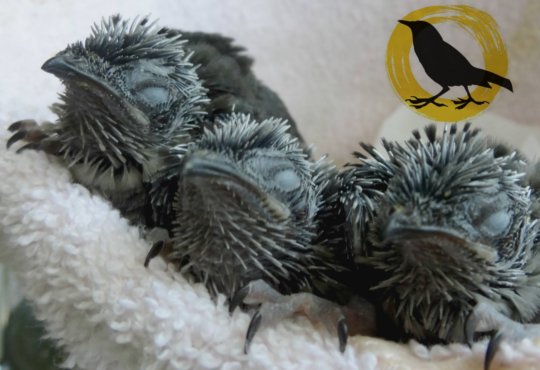 A community member recently contacted Rockfish Wildlife Sanctuary to let us know that she needed help. She had rescued three orphaned Chimney Swifts, and was bringing them to the Sanctuary in rural Nelson County, VA. She became lost enroute.  Now she was running late to pick up her son, who was recuperating from a heart attack. Could someone from the Sanctuary meet her at his doctor’s office? “No problem,” we said.

A short time later the rescuer and our RWS rehabber met in the doctor’s parking lot. Eager to make the transfer of the birds, the rescuer quickly jumped out of her car. As she did, the rescuer accidentally locked the car with the keys (and the baby birds) inside.

It was a very hot July day in Virginia, with temperatures in the high 90’s – the baby birds could not last long in a hot car. What to do? This would quickly become a life or death situation, and quick action was needed.

911 was called, and happy to help. Firefighters from a nearby Charlottesville station came to the rescue. They quickly gained access to the car, and the baby birds were rescued for the second time.

The baby Chimney Swifts were safely delivered to RWS, where they were photographed and assessed as part of the Sanctuary’s routine intake process. It was determined that they needed veterinary care, and possibly surgery, services which are not provided at our rehabilitation facility.

The baby birds were transferred to the regional wildlife hospital for care, and thereby rescued for the third time! Sometimes it does take a village…

Chimney Swifts are unusual birds, in that they remain in the air night and day, sometimes for years. When they do land, they are unable to perch as most birds do. When not in flight, they cling to something – preferring the inside of chimneys or other hollow structures where the light is dim. In the air, they are acrobatic as they turn and swoop to catch large numbers of insects daily, specializing in eating pests: mosquitos, flies, termites and the like. 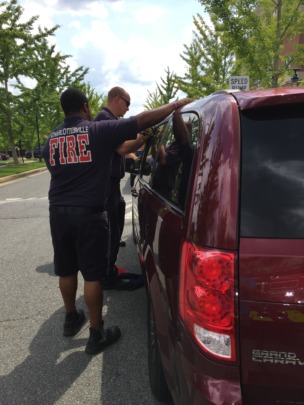 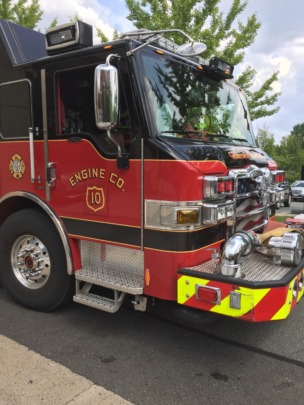