A vital service for teens 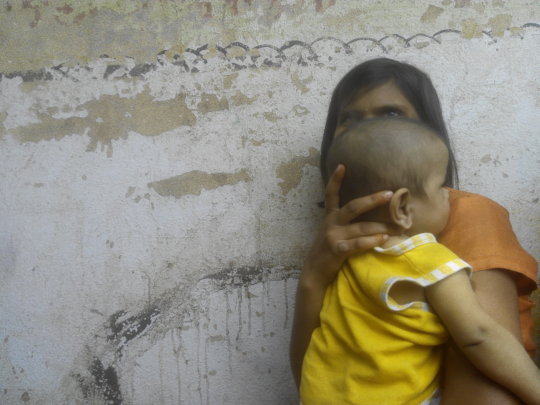 Thank you for supporting our Adoption Center, you are helping us to continue to be the biggest center in India having adopted over 700 children since 2004. Our umbrella organisation, Snehalaya was established in 1989 which means we are currently celebrating 30 years of empowering women and children and support from people like you.

Following our philosophy that ‘every woman and child has the right to live a life free from inequality, cruelty and discrimination,’ our adoption center was primarily formed to provide support to girls and women too young or unable to look after their babies themselves.

Today many are referred through our network of health professionals, NGOs, volunteers, supporters and government agencies, meaning we are often able to reach them early to support them through their pregnancy. It was a very different story when we first opened our doors with many of the babies we took into our care having been abandoned in public places and found by our volunteers and Childline team on their daily rounds of transport hubs, temples, hospitals and other public spaces. Therefore we are pleased to report that our intervention and promotion of our service means that now less than 2% of babies reach us this way.

However demand for our services remains high, particularly from minor girls as, according to figures given by the High Courts of India, incidents of child abuse are registered every five minutes. In 2016, statistics from National Crimes Records Bureau registered 19,765 cases of rape under the Protection of Children against Sexual Offences (POCSO) Act. Therefore, along with a high prevalence of child marriage, it’s not surprising that 11 percent of the world’s teenage pregnancies happen in India, meaning 16 million Indian women between the ages of 15-19 become mothers each year.

It’s thanks to you that we are there to help young girls like Devi who was raped while grazing the family sheep. Coming from a very poor rural family, the 14 year-old was terrified when she realized she was pregnant. Unsurprisingly she had been traumatised by her rape and the resulting pregnancy sending her into a severe depression. Unable to help, her family brought her to Snehankur where we gave her shelter, prenatal and counseling support.

Devi’s depression continued after delivering her baby girl, who she gave up for adoption, and in no fit state to return home, we transferred her to our Snehadhar project where she could access further medical support and psychological counseling. Gradually, with regular counseling, love and care, Devi came out of her depression. She felt able to go back to her family and village where our local volunteers took on responsibility for her completing her education and, having recently graduated in the arts, she is now looking forward to the future.

Thank you so much for supporting Devi and her little girl, without you and Snehalaya who knows where they would have ended up!

SCHOLARS OF THE SLUM 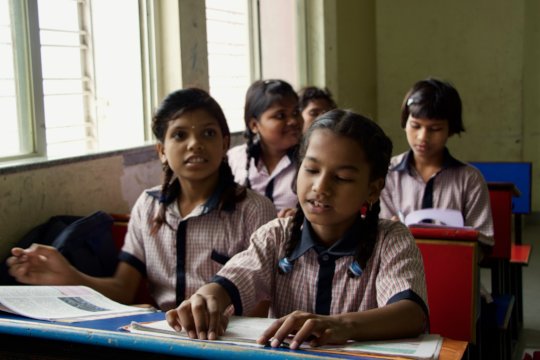 Thank you so much for your support in helping to educate the street children in urban communities. You can never over-estimate what a difference you are making.

This year from June we began a new academic year and as mentioned in our earlier report we saw the enthusiasm of our children in our “School Chale Hum” program welcoming the children on the first day of school. We also celebrated the success of our students passing out 10th and 12th Standard with flying colors.

Now we are looking forward to their academic progress as they continue to learn new things each day. Even child residing in the slums has the right to education. This is the core purpose of our ‘After School Slum Education Program’. We have come up with a unique program to develop the interest of these children in education; Scholarship!

This year is the third consecutive year that we have introduced Scholarship program for our students. Each year 140 students from 5th to 10th standard from seven centers in the slums are selected by a preliminary exam. The selected students are mentored for 9 months after which they face a test for 5 important subjects. 7 students scoring the maximum marks gets educational material like books, writing material etc worth Rs 3000. Besides the academic performance the overall behavior, cleanliness, extracurricular participation of the students is also included in the criteria while selecting the winners.

The main aim of the scholarship is to encourage our students to their overall development as it is targeted on four basic areas; curricular, general knowledge, language and behavior. This also serves as a motivation that helps our students to achieve excellence in whatever they do whether its curricular or extra-curricular activities.

It also serves as a warm up for their upcoming future where they are preparing themselves for various Government competitive exams. And as for now it is already helping them to improve their academic performance and personality.

We would like to share the success story of our student who took advantage of this scholarship and has already set a bench mark and has become an inspiration for others. Ashna is one of our regular Balbhavan students. She has always been a sincere child and passionate about education.

Her mother left their home when Ashna was a child. Her father and Ashna are the only members of the family. Her maternal aunt stays just next door and is always supporting her. Ashna has never had her mother around to share the little things in life but her aunt has been a great support for her. As she is his only daughter, her father was initially reluctant to let her continue her education in higher classes.  But after the Snehalaya counselors conversed with him, he agreed.

Ashna appeared for the SSC exams (10th Std) this year and passed with flying colors. She scored 81% marks and stood first in all the students of our Slum program.

She aims for a career in Science faculty and now she is pursuing her further education in Bhausaheb Firodiya Junior College, a reputed college in the city.

We thank you for your support with the help of which we are reaching a diverse range of children within our slum community schools. While we aspire to encourage and support as many children as possible to break the cycle of poverty by gaining the qualifications they need to make their dreams come true, we also aim to improve the overall quality of life for as many children as possible. 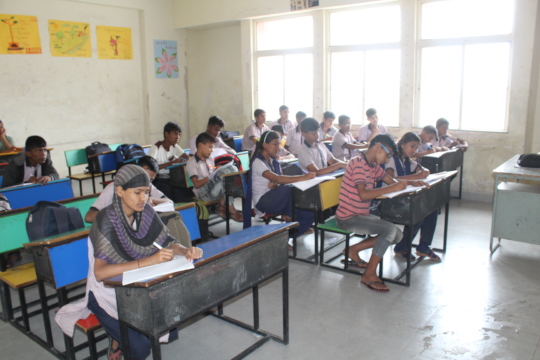 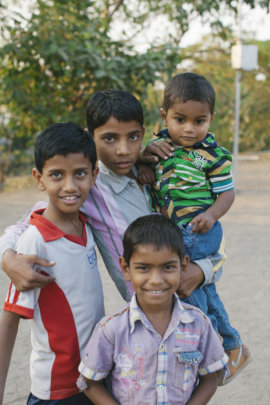 Two siblings whose mother is a sex worker in the red light area of a small town in Ahmednagar district were admitted about 6 years ago in our Rehab Center. Initially when these children stayed with their mother, they  had nowhere to go especially in the evenings and late hours of night when many women in this area were engaged in sex work.

Snehalaya’s social workers who worked in this area often saw these kids. Their school and studies were getting hampered and the boy was gradually getting attracted towards some bad vices due to peer pressure. Their mother was also worried for the little daughter. She talked with the social workers about her troubles. She was informed about our residential center for such children; she agreed to send the children there to ensure their safety.

Both of them came to us and started their life anew. Kiran continued his studies till standard 10th. After which he expressed his desire to learn some trade so that he could become financially independent and help his mother. He started his training at a well-known Unisex salon chain in Pune about 6 months ago. Kiran seems to be a born artist and he took to the art of haircuts & hair styling just like a fish to the water. He has very creative hands. The owner of the chain is amazed at how quickly he is picking up and tells us that he will be an expert in this profession soon. Meanwhile the Snehalaya team has also convinced Kiran to continue his studies simultaneously.

Kiran’s sister, Suma got admission in one of the well-known schools in Ahmednagar. The sports teacher recognized her talent and advised us to encourage her to take up ‘Judo’, a type of martial art. She has been playing since last 4 years in the team. Just a few months ago she won the district level championships and was selected for the state level matches. She has recently represented Ahmednagar at the state level. She is in 9th std now and aspires to continue her studies and sports simultaneously. Suma dreams to be in civil services in the future.

Snehalaya can help children of Sex workers like Kiran and Suma to explore new opportunities by providing the much need shelter, food, clothing, counseling, education with safe and secure surroundings only because of the precious support which we have been receiving from you all. Join us to rescue such children from the vicious cycle of sex trade and trafficking and ensure a great future for them. Help us stop second generation prostitution!

‹ 1 ... 4 5 6 7 8 9 10 11 ... 37 ›
WARNING: Javascript is currently disabled or is not available in your browser. GlobalGiving makes extensive use of Javascript and will not function properly with Javascript disabled. Please enable Javascript and refresh this page.