Meet Amina: How your support has impacted those affected by the refugee crisis in Macedonia 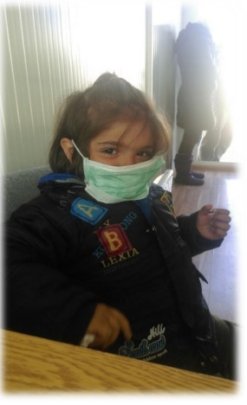 The Syrian Refugee Crisis continues to effect so many, with the number of refugees entering Europe rising from around 12,000 in 2015, to over 130,000 as of March of this year.  With support from our donors, Project HOPE is continuing to provide medical supplies and has delivered over 2,200 volunteer hours, treating more than 3,000 refugees affected by the crisis.

We wanted to share one young girl’s story with you that shows the impact your support of Project HOPE’s work has made on her life during this difficult time.

Amina is a seven-year-old girl who fled Syria with her mother and two brothers and is currently staying at Tabanovce transit center, on the Serbian border. Not long after arriving, Amina became sick, and after three weeks of requests, her mother was finally able to get her seen by a doctor. After further testing, Amina was diagnosed with a urinary tract infection combined with emotional stress. Project HOPE volunteers learned from Amina’s mother that her emotional stress was due to the fact that they were separated from Amina’s father and older sister, who had already made it to Germany. Amina cried every time she would hear people talk about the closed borders, fearing she would never see them again. The Project HOPE team took care of Amina’s therapy and helped her cope with the emotional crisis she was facing. Thanks to the efforts of our Project HOPE volunteers, Amina is now playing again with the other children and can be seen running around, laughing, and giving hugs to our volunteers.

We want to thank our donors for your support, because without you, stories like Amina’s would not be possible. In a letter written by Project HOPE volunteer Krenare Jashari, who was once a refugee herself, she says, “From my personal experience, I can truly say that being forced to flee your home and leave behind everything that’s familiar and dear to you is one of the toughest challenges anyone can face. However, seeing how various NGOs such as Project HOPE are working together to offer basic needs such as food, water, shelter and access to health services, really makes me proud of my colleagues who work hard day and night to help the refugees through the darkest moments of their lives.” She ends the letter saying, “Let’s all take a moment to reflect on the things that really matter and help a little every day to make the world a safer place.” With your continued support and generosity, we can work together to do just that.

To learn more about HOPE’s work in Macedonia, please visit our webpage. 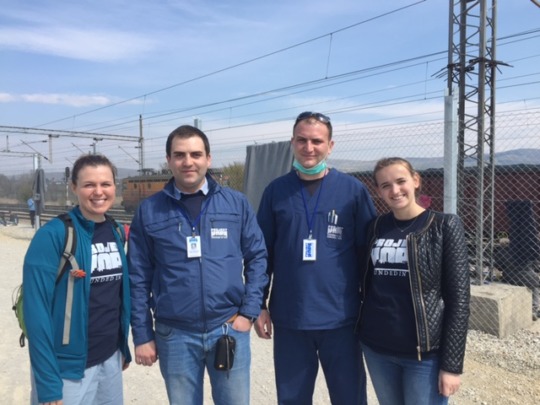 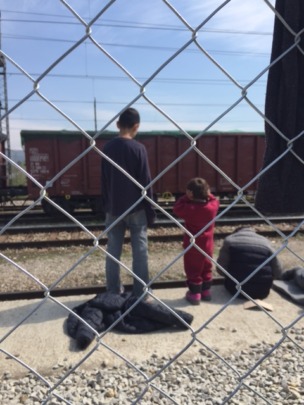 Children at the transit center 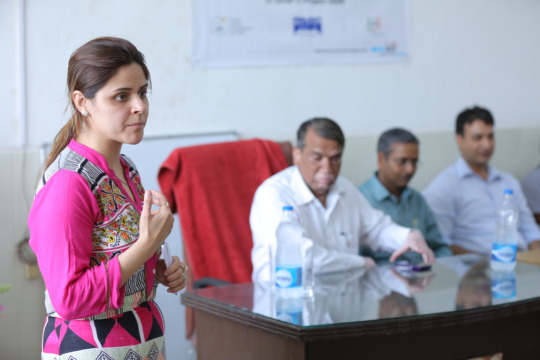 “India’s greatest national treasure is our people. We cannot afford to neglect their wellbeing and allow so many of our citizens to face the consequences of NCDs.” – Cheena Malhotra, Program Manager for Project HOPE India

Four years ago, Project HOPE’s India team launched Project UDAY, a comprehensive diabetes and hypertension prevention and management program supported by Eli Lilly and Company. UDAY, meaning “dawn” or “sunrise” in Hindi, was designed with the overarching goal to prevent, detect and reduce the risk of diabetes and hypertension among program participants in Vishakhapatnam, in the state of Andra Pradesh, and Sonipat, in the state of Haryana.  Our team developed an evidence-based approach for training community health care workers and enhancing the skills of health care professionals to address NCDs which it has been busy implementing.

“Project HOPE’s approach in UDAY is mobilizing patients through patient networks and at the same time strengthening the service delivery via health care workers,” said Cheena Malhotra, Program Manager for Project HOPE India. “Project HOPE has been very pleased with the success of the program where participating health workers showed 95% of improvement in knowledge on the posttest verses 15% at the beginning of the training.”

Thanks to donors like you, we will be able to continue strengthening the health systems capacity in these two states in India in order to bring about long-term and meaningful benefits for people at-risk of or living with diabetes.  To learn more about Project UDAY and our work in India, check out our website! 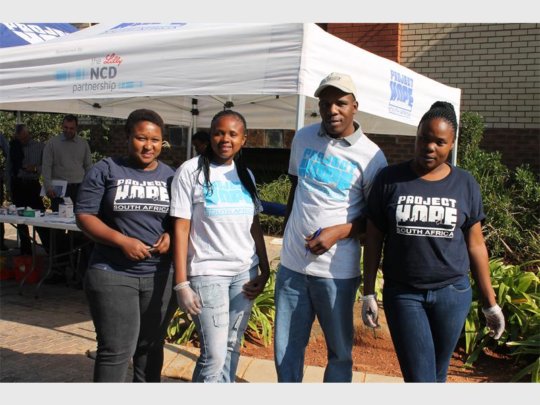 The HOPE Centre has been making HOPE happen in South Africa by continuing to fight the rapid spread of diabetes and noncommunicable diseases. On May 17th, the HOPE Centre team drove out to Wildfig Business Park in Honeydew – approximately 20 minutes from their headquarters in Zandspruit – to provide free diabetes and hypertension screenings.  Employees in the business park had access to screenings and wellness checks all day.  Based on their screening results, patients then received education and referral information to help them better manage their health.

Program coordinator, Tsholopelo Mathebula, said they often detect diabetes among community residents during screening events like this one which is largely attributed to poor diets and lack of exercise.

According to the World Health Organization, noncommunicables diseases, including diabetes, account for 43% of total deaths in South Africa.  The HOPE Centre has been working to fight this since its establishment in 2012.  As a result, the rate of HOPE Centre patients with controlled blood pressure has nearly doubled in the last two years!  This directly reduces the risk of stroke and premature death among our patients, helping them live longer and healthier lives.

A big thank you to donors like you for helping to make these life changes for our patients possible!  To learn more about the HOPE Centre, check out our web page and read our blog. 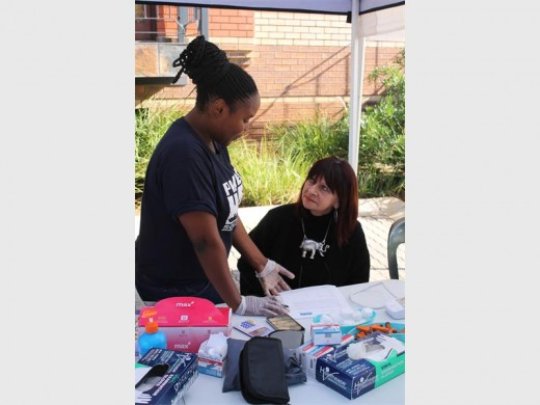 Volunteer screening park employee for diabetes
‹ 1 2 3 4 5 6 7 8 9 ... 13 ›
WARNING: Javascript is currently disabled or is not available in your browser. GlobalGiving makes extensive use of Javascript and will not function properly with Javascript disabled. Please enable Javascript and refresh this page.