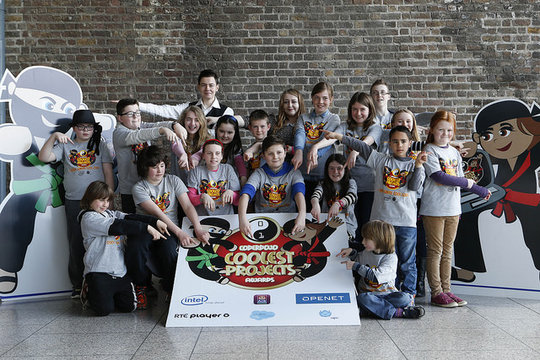 Since our last update in January, we have grown by over 100 Dojos which has brought us close to 700 Dojos in 57 Countries worldwide.

Throughout the first quarter of 2015 we’ve participated at a lot of events around the globe including SXSW Education (Austin, Texas), the Global Entrepreneurship Conference (Milan, Italy), the Eircom Junior Spiders (Dublin, Ireland) and the Building Skill Conference (Athens, Greece).

We also launched our annual competition for Ninjas, the CoderDojo Coolest Projects Awards, which is to be held on June 13th in the RDS Arena, Dublin, Ireland. This year we’re hoping that 500 projects will be entered by CoderDojo kids from all across Europe and maybe even further afield. The CoderDojo Coolest Projects is a competition where creativity is valued above all and the categories are created so that young people of all ages and skill levels can enter.

Previous winners of Coolest Projects include 10-year old Lauren (currently EU Digital Girl of the year), Thomas, 16, (Robot creator), and 12-year old Niamh, who last year built an app to allow users of electric cars find free charging points and see whether or not they are currently available.

We have so many big plans this week including the creation of more Dojo Sushi content, the development of the CoderDojo Community Platform and much more. Thank you again for supporting Dojos around the world! Continue to spread the word about CoderDojo so that we can get closer to our vision of a world where every child has the opportunity to learn to code in a safe and creative environment! 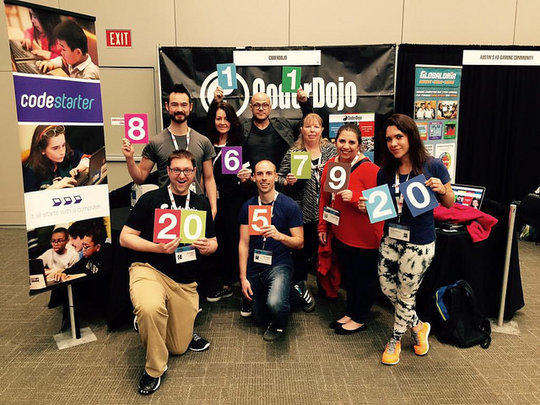 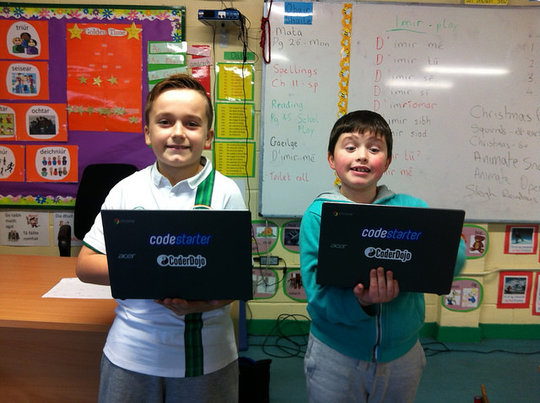 Nathan & Evan with their CodeStarter Laptops

We now have over 550 Dojos in 55 countries worldwide, with New Dojos being set up in China, Brazil and the Democratic Republic of Congo in the past 2 months! We are currently impacting over 22,000 children on a regular basis and have over 3000 technical mentors worldwide.

Since the last report, we have expanded our partnership with CodeStarter to provide laptops to children in Dojos located in underserved areas WORLDWIDE! Before Christmas some Foundation members delivered the first international batch of laptops to the Deansrath Dojo in Dublin.

In December, the pilot for our Recommended Practice project ended. Recommended Practice helps Dojos, both new and old, around the world to adhere to best practice guidelines. Upon review, we will be rolling out our final principles and guidelines out to our 500+ Dojos worldwide which will help them create the best environment for kids to learn how to code. From an initial pilot of 30 Dojo we are delighted that we now have 13 Dojos aligned.

CoderDojo have also participated in many events in the past few months, including the BT Young Scientist Exhibition (BTYSE) in Dublin, which has helped us to attract New Organisers & Mentors for Dojos and more attendees for existing Dojos. At BTYSE CoderDojo Ninjas showed off their latest projects to the 10,000 attendees and the team ran HTML lessons for the aspiring scientists exhibiting and attending the showcase.

For more information about what we have been up to check out our Q4 report in the link below.

We want to take this opportunity to thank all of our new and ongoing donors for supporting CoderDojo over the holiday period! We hope you will continue to support our vision of giving every child in the world the opportunity to learn how to code in a safe and creative environment. We would love if you could also inform your friends, family or colleagues about our work and encourage them to support us too! 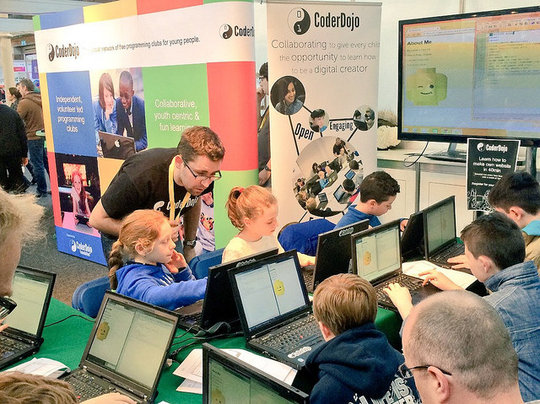 Over 500 Dojos Globally in 50+ Countries 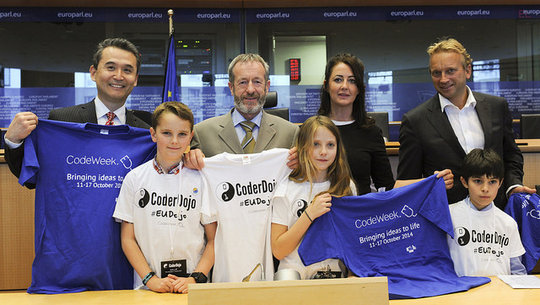 Busy as ever here at the CoderDojo Foundation with lots of events and Community News to share with you since our last report.

In September we reached the 500 Dojo mark and we are now operating Dojos in 50 countries worldwide with Dojos being set up in new countries Madagascar, Cameroon, and Argentina in the past few weeks. CoderDojo is exponentially growing and we are striving to impact 100,000 young people every week by 2016.

We have also held numerous events for European Code Week in October, including a Dojo in the European Parliament where the 30 CoderDojo kids from 6 EU Countries taught MEPs their first line of code. Check out our post event report in the links below.

Lastly, the CoderDojo Foundation have announced partnerships with AutoDesk and CodeStarter in the past few months. Code Starter are partnering with us to help give children in underprivileged areas access to a laptop, and Autodesk are giving access to free 3D Design software for Dojos globally.

For more information about what we have been up to check out our Q3 report in the link below.

We value all of our supporters incredibly highly and without your support we could not continue to aspire to make possible our vision of giving every child in the world the opportunity to learn how to code in a safe and creative environment. We encourage you all to continue your support, and we would love if you could inform your friends, family or colleagues about our work and encourage them to support us too!