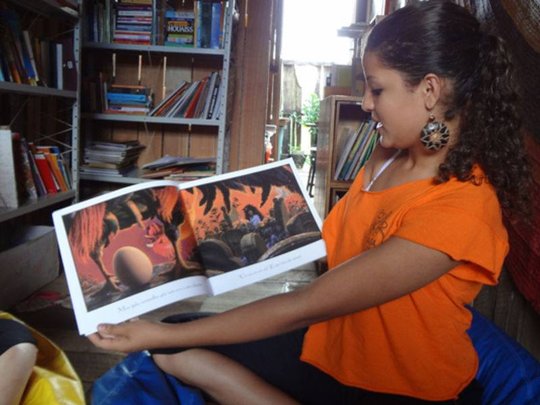 In Brazil, on March, 8th we also celebrated International Women’s Day and even though Vaga Lume doesn’t have a feminist agenda, our mission to provide quality education to around 24,000 children that live in the 158 rural communities of 23 municipalities of the Brazilian Legal Amazon region can empower children, young people and also women.

We have told you many stories and the one we are going to tell now is about a girl, called Tassia, that little by little became an empowered woman. She lives in Belém, the capital of Para state, specifically in a slum called Benguí. This girl is eighteen years old and she had her first contact with the Vaga Lume when she was eleven. She has just succeeded in a college admission exam, and is now a student of Pedagogy at the Federal University of Para. We would like to invite you to be as inspired as we were by the happiness and empowerment she shows in a letter she sent to us, Vaga Lume São Paulo Team.

My first contact with Vaga Lume’s project happened when I was 11 years old. I was invited to be part of a collective reading mediation session at the Friends of Reading Library (Biblioteca Amigos da Leitura), a community library established in Benguí by teacher Ana Cabral (nowadays its coordinator). I had always been encouraged to read and write by my parents so it was awesome to see the library for the first time on the street where I live. There were so many books that I couldn’t leave the place! When I was a child I found very interesting and wanted to be part of an ecological or environmental cause, defending animals… Vaga Lume’s project reached my life in a brilliant way, since I made my dream of being part of a social project come true. It was an opportunity to be who I really wanted to be!

Once, I received from Ana a simple notebook. She asked me to write down my ideas and opinions about reading mediation sessions and about the library. I decorated the notebook with many stickers and I wrote my texts. I always asked myself why a person would try to get a kid to share her thoughts since, for most people, children’s opinions are not very significant. As the time passed by, I met people from the São Paulo Team and in 2009 I participated in the 4th Vaga Lume Conference, in Santarem city, here in Para state. I flew on a plane for the first time; I left my city for the first time; I became enchanted for those that now I can call friends, Celice Oliveira and Sylvia Guimarães; and I realized they were people I could see myself being like in the future. I received an orange T-shirt and I realized that Vaga Lume wouldn’t leave my life soon: it wasn’t a simple library, or a simple T-shirt, it was me becoming someone in this big world!

When there were some difficulties in my life, I’d drown myself into the desire to be an educator, into the dream to be someone that puts sincere smiles upon the faces of children that go to reading mediation sessions. I entered in other projects, some of them even at the international level, and I grew up. I became a political activist and I have eight years working experience with children and teenagers as well as a human rights defender. I finished middle school as an official member of the Friends of Reading Library Team, which is right next to my home, in the suburb of Belem, Benguí neighborhood.

When I faced questions about my career, I didn’t have many doubts: in a way, I was already an educator. By the end of 2013, for the first time, I took a college admission exam and the results weren’t good enough. During 2014 I studied hard all months in a preliminary school, dividing my time between my job, volunteering programs, and many other actions, events and responsibilities. I used many books from the library in order to improve my reading skills and critical sense. On 2015, January 24th, I was approved as second runner up for Pedagogy Course at the Federal University of Para.

Vaga Lume Association has completely merged into my life’s history (…). It’s been almost eight years since I am a Vaga Lume (a firefly, in Portuguese) and I am sure that I will keep dressing this orange T-shirt for many more years.”

Tassia is one of the 24 thousand children from the Amazon encouraged by Vaga Lume’s work to be a sensible and strong leader, already influencing her generation and, as an educator, possibly the coming ones. This is the impact of Vaga Lume that we will not see translated into numbers. Actually, although this is not our mission, it is a very welcomed side effect: by reading and having access to information, people become empowered and able to realize their full potential, just like Tassia is doing!

So it is time to say, once more, thank you! By donating to Vaga Lume, YOU have made it possible. You are in this with us, so we should celebrate this together! We wish you all the kindness you have provided to our children from the Amazon!

Other stories and news are available at www.vagalume.org.br/home

Thais, on behalf of the very proud Vaga Lume Staff 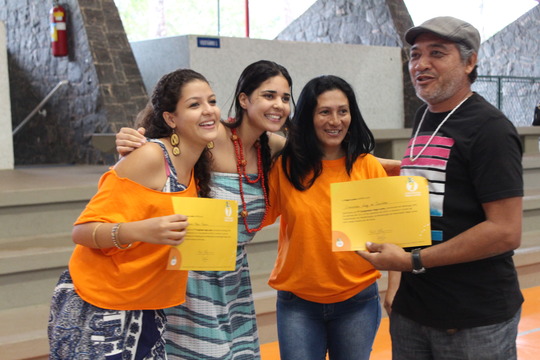 Tassia receives a certificate of multiplier 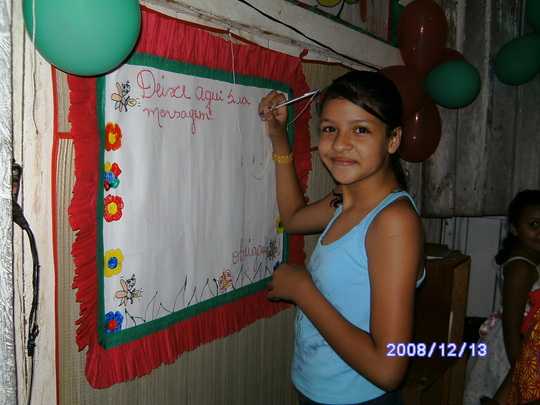 Tassia volunteering at the Library 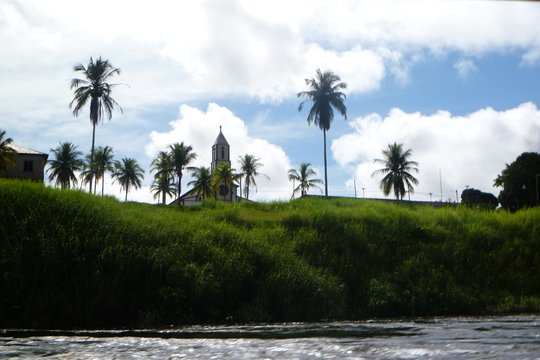 View from the community

We are very impressed with the results of the Library Ranking Vaga Lume has conducted in 158 rural communities where the organization operates and we would like to share this information with you.

Near the Uaupés River in the Iauaretê district, which is part of the municipality of São Gabriel da Cachoeira, Amazonas state, 30 families live in a community called Yawisa and own the best evaluated library in the Vaga Lume Library Ranking. Yawisa is an indigenous rural community where Tukanos and Tarianos ethnic groups live and preserve their culture and speak their native language, in addition to Portuguese, the official language in Brazil .

The Vaga Lume team arrived in São Gabriel da Cachoeira in 2002 and Tokê Library (as it is called in the local indigenous language) was founded in 2008 at the request of the community own members. The library has taken place at the Indigenous Municipal School Enu Irine Idakine Tariana before the people from the community could build a wooden house exclusively to keep their treasure: the books, demonstrating community involvement with the library, one of the highlights that leads Tokê to the top of the ranking.

In addition, the community residents organize themselves into a group of volunteers responsible for maintaining the library always working. Reading mediation sessions are held daily at the school, inside the library itself, in community houses, in other rooms and even in neighbouring communities. The volunteers trained as reading mediators who work in the library are teachers, parents, youth and children engaged in reading with pleasure and the appreciation of books as cultural objects which are not simply means to formal education, but an end in itself. The frequency of reading activities and the dedication of the volunteers shows concern with the library and appropriation of this cultural equipment by the community.

Besides reading mediation sessions, library volunteers promote environmental activities (excursions, clean-up, planting, composting, lectures), storytelling moments with older residents of the community and produce handmade books from the stories they tell. Initiatives like this demonstrate commitment to the work in the community and how Vaga Lume has had a positive impact in the community.

Thank you, you have made it possible by donating for Vaga Lume. You are in this with us! We wish you all the kindness you have provided to our children from the Amazon!

Other stories and news are available at http://www.vagalume.org.br/home 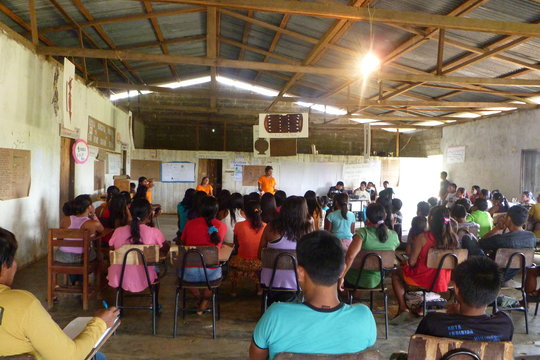 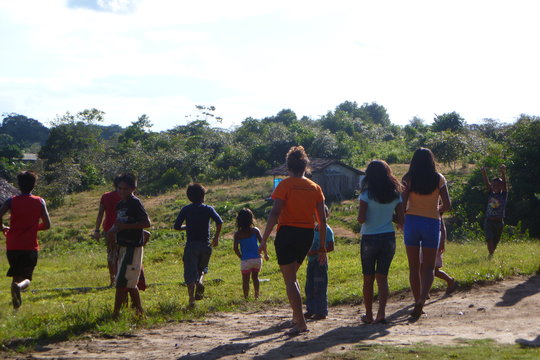 Cultural activity outside the library 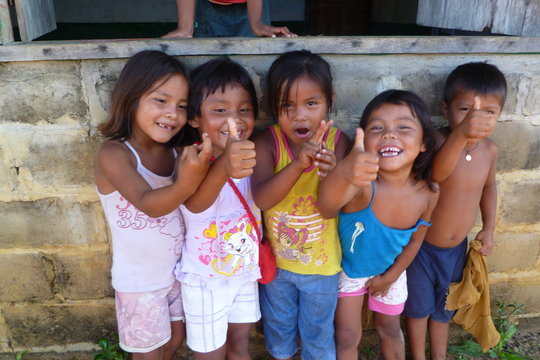 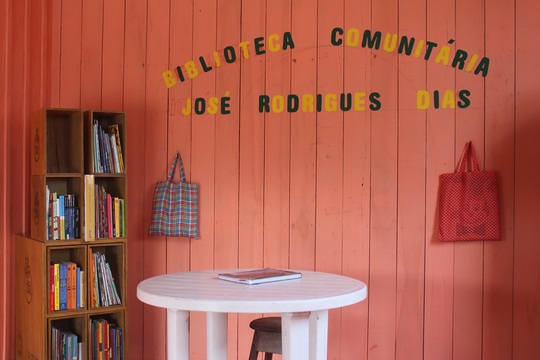 We are happy to inform the results from the effort of the Vaga Lume team to track the performance of its 158 libraries in the Amazon region.

We have developed a questionnaire to collect information about the functioning of each library and we are glad the local teams of each municipality have understood the importance of this mapping. They have joined a task force to visit all the rural communities and fill in the questionnaire together with the library volunteers.

We have received 150 questionnaires from the 158 active libraries!

According to the results we obtained, we have ranked the libraries and we are now able to see where the community is more involved with the methodology of the Expedition Programme. Based on their use of Reading Mediation, their style of community management of the library and their actions to valorise local culture, we can determine where our work has been more effective and which our priorities are in 2015. Ranking will provide us with a broader understanding of our impact and will allow us to improve performance, which will lead to a greater impact in the future.

Thank you for supporting us and making it all possible!

We wish you all the kindness you have provided to our children from the Amazon! 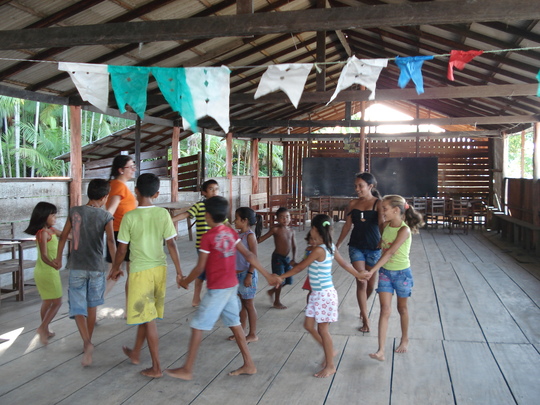 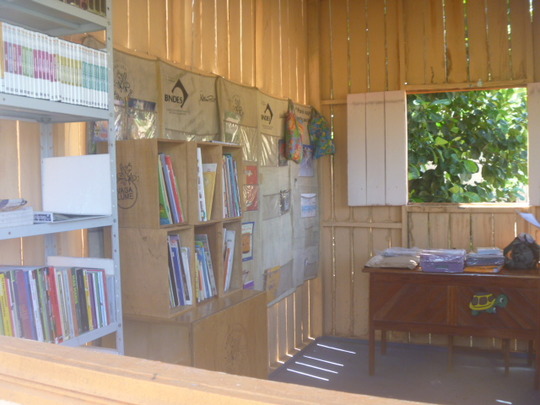 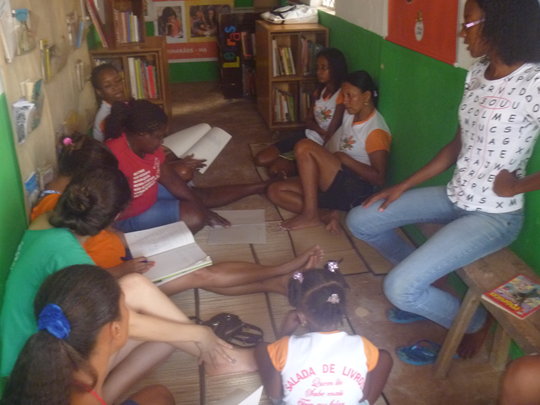 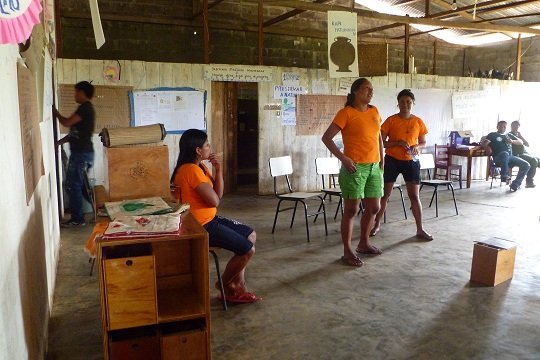 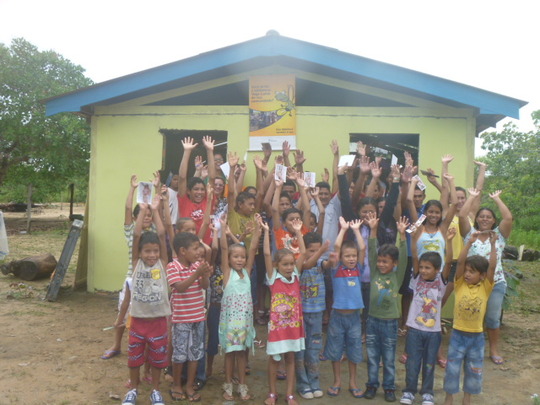 7 - Campina de Sao Benedito, from Macapa (AP)
‹ 1 ... 8 9 10 11 12 13 14 15 16 ›
WARNING: Javascript is currently disabled or is not available in your browser. GlobalGiving makes extensive use of Javascript and will not function properly with Javascript disabled. Please enable Javascript and refresh this page.