My dear is next to me 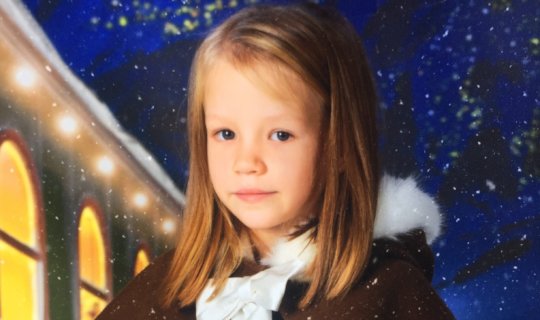 "Her name is Ulyasha, in the video profile she's riding on a toy horse. Please, remove her video from your website, there's no need for it. My dear is next to me - sleeping in her bed" - this phone call of Natalia we still remember. Though it was 5 years ago.

Many things passed. Adoptation of parents and child to each other. There were difficult moments, and mother still feels the trauma of her daughter. But Uliana is very active child, empathic, she's making progress - she have learned to read and write, as others children of her age, and now she's ready to go to school.

Natalia says that adopted child is the project for the whole life. So you take him, develop, carry, watch the mistakes, make corrections of what you can change, and if you cannot - you live with it. "It's our way - mine and Uliyana's. And we'll see where we would come."

Our foundation assisted 14 thousand kids from the orphanages all over the Russia find new families. We dream these kids and their parents would overcome all the difficulties and they would become dear and close persons. We know that adopting and foster parents need support, that's why we've started the online courses for them. The first one is "Book of life".

Thank you for helping us!

What makes video profiles to be so precious 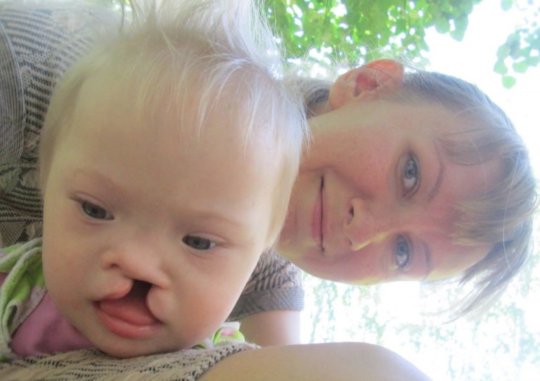 Tatiana with her daughter

"It's so precious when you see your child so lively and real. Not only the coloreless photo, which doesn't show the person. How many moms have found their happiness this way! And for thouse little and unprotected ones, who live day after day in waiting, locked in the orphanages, left without love and care - it's a great chance for them! " - these are the words of Tatiana, who found her little daughter Sasha in our database of video profiles of orphan children.  "She is so sunny. Seems she can switch off worries and fear of the one who holds her. She gives light and warmth, you fisicaly feel love she sends out."

It's incredible story how people who have a lot of love to share change the lifes of children left without care and make the world a bit better.

And it's our aim to let such stories happen more often.

You support made it possible to create video profiles for 530 children. And 135 kids are in families!

We've prepared the special page for our project, where you can find actual information how it's going on.

You can see all the children, who have received video via project on Global Giving. And to find all the names of children in familes.

Many thanks to everyone supporting the project!

It's your kindness and care for these children what bring them to loving parents.

We were striken by the sadness in girl's eyes 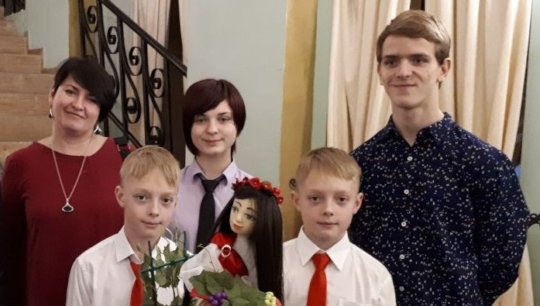 Children in the family of Sergey and Julia

Sergey and Julia have born three children. But 4 years ago they understood they can raise up one more child, and not only self-born. Knowing there are kids living without parent’s care, spouse decided to view some video profiles of orphan children on the website of Change One Life Foundation. They’ve begun the search to find out what kids are in the database.

At first they’ve looked for kids of the same age as their twins – about 5 years old. But when Sergey and Julia have seen the video with Sveta, teenager of 12 from Amur region, they couldn’t forget her.

«We were striken by the sadness in girl’s eyes. Video caused the intention to become the meaning people for her. In order she could live not on her own, and she could feel needed to people beside her. Later, when we’ve seen enough of such video profiles we understood that all these kids have this sadness in their eyes. It’s seen even through the smiles and in good mood.»

Also Sergey and Julia realized orphan children have no one to share their success, in school for example.

And it’s in their power to change something. So spouse told their children about kids living in orphanages, and kids suggested to take orphan into the family.

So soon Sveta have become the daughter for Sergey and Julia, and the sister for Dasha, Sasha and Dima.

Later 15 year old Misha have become the part of their family too.

Please support our project to bring orphan children and new parents together.

There’s a perfect chance to make the impact greater – to make a donation through the Little by Little Campaign till 13th of April.

New recurring donations up to $200 per donor started during this week will get an additional 100% match on their initial donation as long as it remains active for a minimum of four payments.