A chronology of death, displacement, & destruction 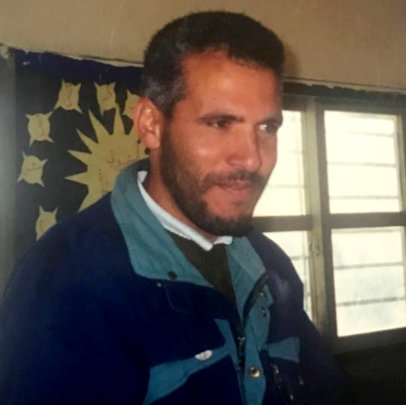 Just over one year ago, on the night of 18 January 2017, heavily-armed Israeli paramilitary police entered the Bedouin village of Umm al-Hiran in order to demolish homes. Just before dawn broke, officers opened fire on 50-year-old math teacher Ya'akub Abu Al-Qi'an as he was driving his jeep. Ya'akub was seriously wounded by the gunfire and lost control of his jeep, running over and killing police officer Erez Levy. Israeli police prevented paramedics from reaching Ya'akub and, as a result, he died on the scene. After the killing, Israeli authorities demolished his family's home and agricultural buildings.

The killing of Ya'akub was only one of the most recent blows to the Abu Al-Qi'an Bedouin tribe. Israel's displacement of the community began 70 years earlier.

In 1948, the Israeli military forcibly displaced the community from ancestral lands they had worked for generations and moved them from place to place. Eventually, in the 1950s, the military ordered them to settle near Yattir. It was there that they established Umm al-Hiran, which is today one of 35 unrecognized Bedouin villages in the Naqab (Negev) desert in the south of Israel.

In 2003, more than 50 years later, Israel informed the 500 Umm al-Hiran residents that it intended to demolish their village. In parallel, Israel began to plan a new Jewish-only town that would be built upon the ruins of Umm al-Hiran to be called "Hiran".

This is one of the most blatant examples of racially-motivated displacement in Israeli history.

The same day that police killed Ya'akub, Israel's public security minister and police chief both announced that Ya'akub supported terror and had intentionally attacked police – claims that were repeatedly disproven. Israeli police subsequently refused to hand Ya'akub's body over for burial, only doing so once the Israeli Supreme Court ruled in favor of Adalah's petition on behalf of Ya'akub's family and ordered them to.

Adalah also demanded a probe of the killing and that those found responsible be prosecuted. But more than a year later, in January 2018, the Israeli authorities reportedly closed their investigation into the shooting death of Ya'akub Abu Al-Qi'an. Adalah will take additional legal actions in this regard.

Adalah is continuing to fight for the family of Ya'akub Abu Al-Qi'an and their neighbors, but we cannot do this without your help.

Your support is crucial to our defense of the Bedouin residents of Umm al-Hiran. Your support has helped Adalah to help the community to remain in their village for almost 15 years, despite the state's plans to remove them. Donate today and help us #Save_UmAlHiran 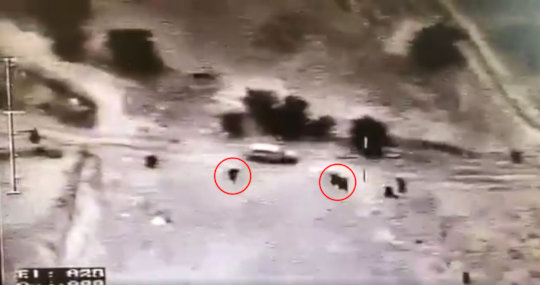 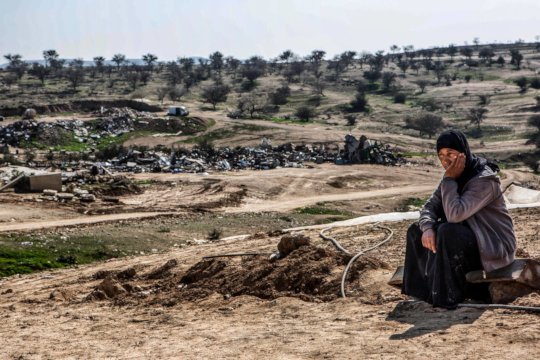 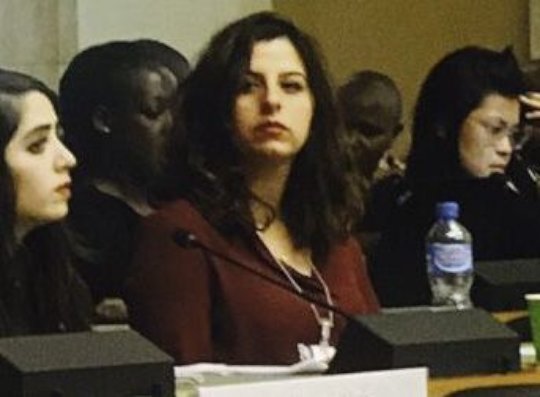 Making the global, local: protecting the right to protest

Greetings and warm hellos from Adalah! In this report back, we want to highlight some of Adalah’s work before the UN, and our efforts to make the global, local to protect the protest.

Recently in October 2017, Adalah joined a delegation of Palestinian women’s rights defenders and NGOs from Israel and the Occupied Palestinian Territory (OPT) to participate in UN Committee on the Elimination of Discrimination against Women’s (CEDAW) review session on Israel in Geneva. Israel ratified the women’s rights convention in 1991 and, like all other state parties, is reviewed regularly by the committee.

Ahead of the review, Adalah submitted reports and held meetings with members of the committee, and presented detailed information on Israel’s violations of Palestinian women’s human rights in all aspects of life. Importantly, Adalah highlighted Israel’s failure to protect the rights of freedom of expression and assembly, to peaceful protest, and to use social media platforms to voice dissent, and the police and military’s excessive use of force and extreme violence to suppress protestors.

The most serious illegal practices used by the police in Israel to suppress Palestinian protests, include: dispersing the demonstrations illegally and arresting protestors; refusing to give authorization for protests, claiming threats to public order; summoning protestors for interrogations with the General Security Service (GSS)/police; making illegal preventive arrests including those of family members of lead demonstrators; using excessive force and brutality against demonstrators; arresting protestors as groups, with the courts upholding “group detentions”; demanding lengthy times of pre-trial detention and house arrest; and failing to abide by special procedures that apply to children. Israeli Jewish protestors do not receive this treatment.

The CEDAW Committee issued its concluding observations in November 2017. The committee raised many of the concerns highlighted by Adalah and its partners. Regarding women’s human rights defenders and NGOs in Israel, the Committee noted that:

"Following the adoption of the Anti-Boycott Law and Naqba Law in 2011, human rights defenders, including Israeli and Palestinian women, have been subjected to severe restrictions on their activities, including through limitations to their financing." The committee recommends that "the State party take specific steps, including through legal amendments, to create an enabling environment in which Israeli and Palestinian women human rights defenders and NGOs working on gender equality and women’s empowerment may freely conduct their activities without undue restrictions, including on funding by foreign sources." (para. 38, 39)

Regarding suppression of protest of women and girls’ in the OPT, the Committee stressed that:

“Israeli security forces continue to use disproportionate force in response to acts of violence, protest demonstrations and in its law enforcement operations in the context of counter-terrorism measures, with disproportionate impact on women and girls”, and called on Israel to ensure that it “complies with the Basic Principle on the Use of Force and Firearms by Law Enforcement Personnel.” (para. 18, 19)

In December 2017, Adalah wrote to the Israeli Attorney General (AG) to urge him to anchor these concluding observations in internal directives obliging government ministries to take measures to eradicate discrimination against women. Adalah argued that Israel ratified all of the international human rights conventions – including the women’s rights convention (CEDAW) – thus expressing its intent to act in accordance with its standards and norms. Further, Adalah and women’s rights groups in Israel asked for a discussion of CEDAW’s recommendation in Israel’s parliament, the Knesset. The Knesset’s Committee on the Status of Women and Gender Equality, headed by MK Aida Touma-Sulieman, a member of the Arab Joint List, has scheduled a hearing for 12 March 2018. We will keep you posted about the outcomes - the AG's response and the conclusions of the Knesset hearing.

Thank you again for your generous contributions to Adalah, which make this crucial work possible. Please continue to help Adalah to protect the protest! 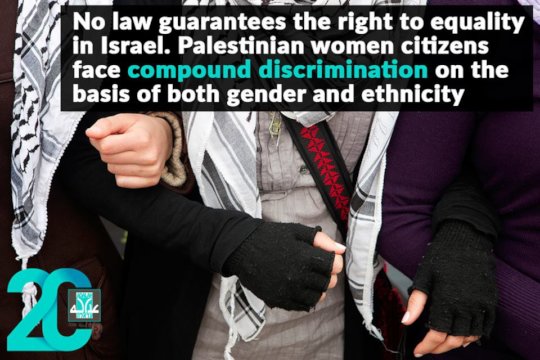 Promises, but still no buses for Bedouin preschoolers 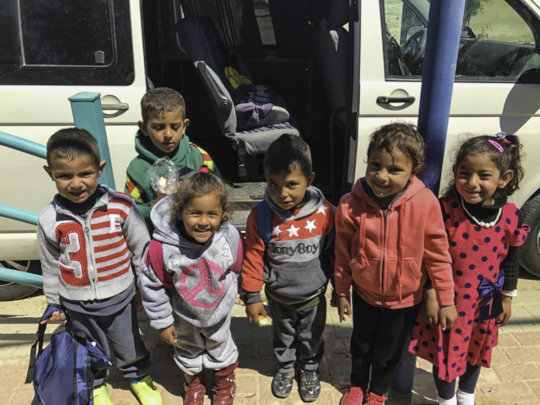 Preschoolers getting on the bus

Despite promises, still no buses for Bedouin preschoolers

Season’s Greetings and health and happiness to all in the New Year!

During this holiday season, Adalah is continuing to work on behalf of Arab Bedouin families living in the Naqab (Negev) desert in the south of Israel to demand access to education for their children.

On the day after Christmas, 26 December 2017, a Beer Sheva Court is set to hold a hearing on an urgent demand of parents’ and Adalah: the court must enforce the Education Ministry’s commitment to provide school transport for 3 and 4 year-old Arab Bedouin children. The villages in which these children live do not have preschools (as well as many other basic services and facilities) and they must travel - sometimes for long or difficult journeys - out of their villages in order to reach schools.

Following Adalah’s petition to the court in May 2016, the Education Ministry promised in January 2017 to provide transport for preschool children living in Al-Sira and Al-Jaraf. As a result of this commitment, Adalah’s petition was withdrawn.

The Education Ministry did provide transport from March-June 2017, but ceased to operate school buses when the new school year began in September. Despite repeated queries from Adalah and parents in these communities, the Israeli authorities currently do not provide transportation.

Last week, Adalah petitioned the court again, asking that it compel the Ministry and a nearby Regional Council to abide by their commitment. State attorneys announced before the court in 2016 that the Education Ministry would allocate 50 million shekels (approximately US$14.2 million) to transport 3- and 4-year-old Bedouin school children to school. Around 5000 Arab Bedouin children require transport and/or appropriate preschool frameworks in their villages.

"When the state commits before the court, it is expected that it will abide by its commitment," Adalah wrote in the new petition. "The failure to abide by commitments leads to continued violations of the [Compulsory Education Law, which obligates the state] to provide free education for children aged three and four via preschool transport."

We hope that the court compels the state to do the right thing, to abide by the law and its commitment, and to provide access to preschool education for children.

We sincerely appreciate your help in ensuring that these children, and many more, can #MakeTheGrade.

We thank you for your continued support for Adalah's work. 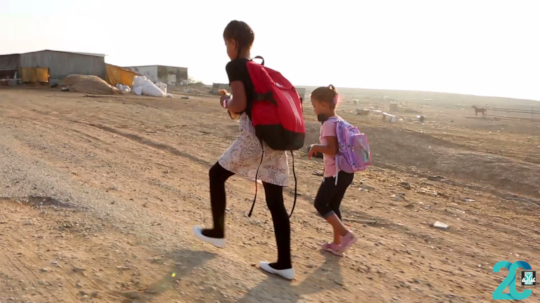 Walking to the bus in Al Sira
‹ 1 ... 7 8 9 10 11 12 13 14 ... 20 ›
WARNING: Javascript is currently disabled or is not available in your browser. GlobalGiving makes extensive use of Javascript and will not function properly with Javascript disabled. Please enable Javascript and refresh this page.