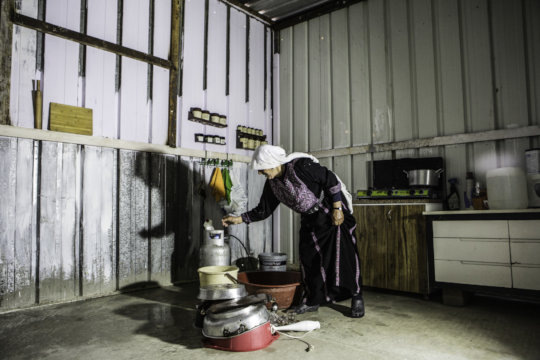 This past month, Adalah, together with our partner Bimkom – Planners for Planning Rights, submitted an objection to Israeli land authorities against a plan to move the 500 Bedouin residents of Umm al-Hiran to “temporary housing” for a 10-year period.

The kind of temporary housing offered to the residents – citizens of Israel – resembles housing appropriate for emergency situations such as natural disasters, but not for a decade-long housing solution, and the residents adamantly reject it.

The plan continues to promote a reality of temporariness for Umm al-Hiran residents, an outcome of decades of forced transfer from one place to another. Residents were displaced from their ancestral lands in 1956 and moved by the Israeli military government to their current location in Umm al-Hiran. It is unreasonable to once again uproot them to a temporary place of residence, the very same families who have been living in this village for 60 years. The transfer of Umm al-Hiran's 78 families – including children, adults, and elderly people – will damage the community socially and economically.

This plan itself is problematic for several reasons.

First, it goes against the 2015 and 2016 Israeli Supreme Court rulings which determined that Israel may evict Umm al-Hiran residents to appropriate alternative housing in Hura, a government-planned Bedouin town in the Naqab. Temporary hosuing does not meet this determination.

Second, the temporary housing plan to evacuate Bedouin residents of Umm al-Hiran will allow Israeli Jews to build a Jewish-only town to be called “Hiran” in its place.  This plan is racist and discriminatory.

These bylaws contradict the state's previous claims that "Hiran is planned as a general community, into which any Israeli of any background or religion may integrate."

Third, the plan violates Umm al-Hiran residents’ constitutional right to dignity. The transfer breaches the residents' right to freedom of choice as to where to live; it humiliates them by the very fact of their forcible transfer from place to place as if they were objects; and it violates their right to proper housing.

Finally, the plan does not guarantee sustainable living conditions, and was formulated without the participation or consent of Umm al-Hiran residents.

Adalah and Bimkom demand that this plan be rejected and that Israel find a solution allowing Umm al-Hiran residents to remain in their homes and village.

Adalah is following up on this objection and is planning further legal actions and advocacy initiatives to stop the state's segregation plan. But we cannot do this without your help.

Your support is crucial to our defense of the Bedouin residents of Umm al-Hiran. Donate today and help us #Save_UmAlHiran 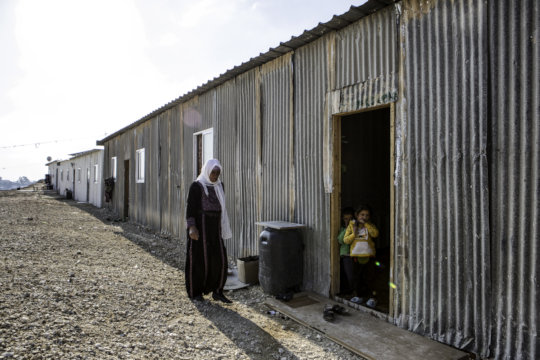 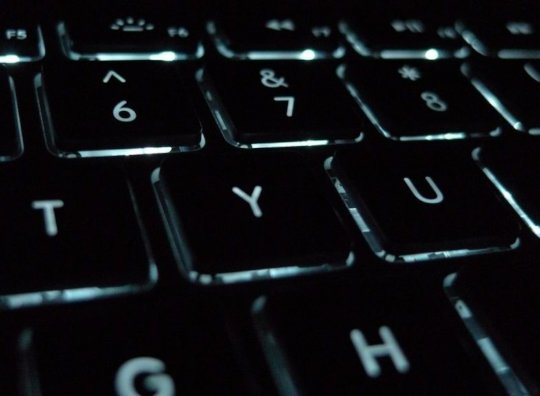 Greetings to all from Adalah in Haifa!

We wish to take this opportunity to tell you about some of Adalah's key legal efforts made this past August and September to protect online social media protest, particularly of young Palestinian citizens of Israel.

Adalah discovered that the Cyber Unit has no legal authority and sent out a letter demanding that the unit immediately ceases its operations. Adalah Attorney Fady Khoury stressed in our letter to the Israeli authorities that much of the unit's censorship operations are conducted without any basis in Israeli law:

"Nothing in the law allows state authorities to censor content based solely on an administrative determination… that the content amounts to a criminal offense. Likewise, there is no explicit directive in [Israeli] law authorizing the removal of content determined to amount to a criminal offense – even by a court."

While private social media corporations may legally remove content according to their terms of service, Israeli state agents – such as the Cyber Unit – are subject to Israeli law. Therefore, much of their censorship activities are illegal and violate users' freedom of speech.

Attorney Khoury explained further: "When the Cyber Unit appeals to a service provider with a request to censor content based on its suspicion … without a final [judicial] ruling in the matter, this constitutes an unconstitutional violation of freedom of speech."

Adalah demanded in the letter that the Israeli authorities halt all internet content censorship activities used by the Cyber Unit.

Twitter and Facebook admit that they remove a significant amount of content at the request of governments from around the world. Between July and December 2016, the two platforms reported granting requests from the following countries (among others):

When a person is arrested in Israel for incitement or other crimes of expression based on social media posts, police are refusing to reveal which posts led to their arrest and detention. This practice is being employed disproportionally against Palestinian citizens of Israel.

Adalah wrote to Israeli authorities in September 2017 that this policy severely harms suspects’ rights to due process, undermines the purpose of the criminal process, and violates the rights of detainees to defend themselves.

“This problematic practice essentially turns an initial arrest into a full-fledged administrative detention [detention without charge or trial]," Attorney Fady Khoury emphasized. "It is not just that the evidentiary materials collected by police are kept from detainees and their lawyers, but that the [social media] content for which the arrest was carried out is left undefined.”

Adalah’s letter cited numerous examples: One young Palestinian Arab citizen of Israel, for instance, was arrested on suspicion of an expression crime, but Israeli police refused to reveal the post for which he was arrested for the entire duration of his seven-day detention.

The vast majority of arrests made in Israel in 2015 and the first half of 2016 for charges related to alleged online incitement were of Palestinian citizens.

According to the most recent Israeli police statistics, 82 percent of individuals arrested for incitement-related offenses in 2016 were Palestinian citizens, whereas only 18 percent were Jewish citizens.

Thank you for your generous contributions to Adalah to make this important work possible. Please continue to help Adalah to protect the protest – in the streets and on the web. 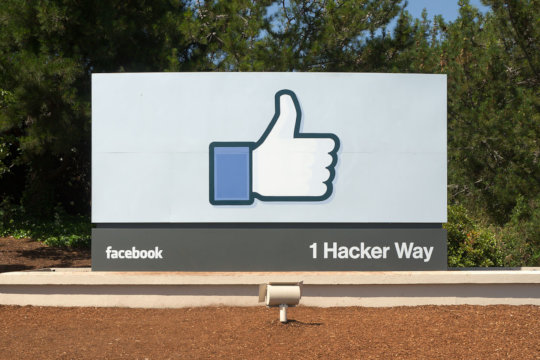 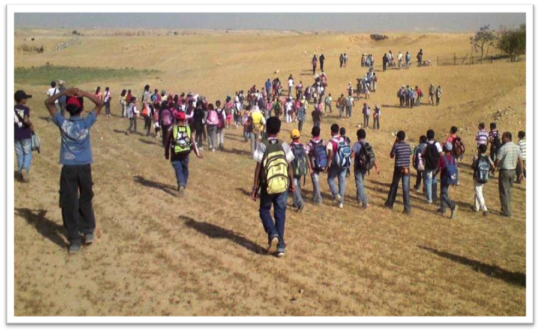 With the start of the new school year this month, September 2017, Adalah’s focus remains on access to education, including securing the most basic safety measures for Arab Bedouin children to attend school, in the Naqab (Negev) desert in the south of Israel. We wish to take this opportunity to report on a success and a new case on which we are working.

First, the success. In July 2017, the Education Ministry announced before the Be'er Sheva District Court that the state intends to fund the construction of safe school bus stops for children living in six Bedouin villages in the Naqab, This commitment was made in response to a petition filed by Adalah in January 2017 on behalf of parents against the Education Ministry and two local Regional Councils demanding these bus stops.

As Adalah argued in its petition, "Hundreds of school children currently gather at random locations close to main roads with no signs, sidewalks or shelters. The lack of bus stops poses a serious safety hazard that endangers the lives and physical wellbeing of these children … These conditions do not exist in schools in [Israeli] Jewish communities in the Naqab, where authorities take care to establish proper bus stops and to eliminate safety hazards. The failure to establish proper school bus stops [for the Bedouin community] creates a situation of blatant inequality in the enforcement of the law."

The ministry further promised before the court that the construction of the bus stops would extend to related safety infrastructure, as Adalah demanded, including protective fences, sidewalks and pedestrian crossings, etc., to resolve numerous hazards that the children currently face on their way to and from school. Further hearings on the case will take place in this fall to monitor the implementation of the state's commitments.

Second, the new case. You might be very surprised to learn that numerous schools in Bedouin villages in the Naqab are not connected to the national electricity grid. In previous cases brought by Adalah, the Supreme Court found that the state’s failure to connect the schools was totally unacceptable and cannot be allowed to continue.

Adalah recently learned that 3,000 kids in the unrecognized Arab Bedouin village of Wadi al-Na'am study in schools powered solely by diesel generators. In September, Adalah sent a letter on behalf of the Wadi el-Na'am parents committee and the local village council, to senior Israeli officials and the Israel Electric Corporation demanding that they connect the schools in the village to the national grid.

Adalah wrote in the letter that the state's failure raises grave educational and safety concerns:

"The diesel deliveries take place during the school day when students and staff are all onsite, which undoubtedly poses a danger to their health and safety. Access to the generators is not entirely blocked off and children are able to walk over to the generators during recesses in the schoolyards, putting them in life-threatening danger. The generators also produce noise, which disturbs classes. In many cases during power outages caused by generator failures, principals are forced to cancel school entirely – particularly during periods of heavy heat and cold winter temperatures. During these conditions, it is impossible to hold classes and insufferable for students and educational staff alike."

"Our children have the right to study in reasonable conditions, like any other child in the State of Israel. It is shameful that in 2017 we have to ask to get a school connected to electricity. The current situation is unsafe and likely to cause accidents. Electrical power lines already run through the village but only serve the chemical plants located nearby. We demand that the Education Ministry take immediate action to connect schools in the village to the electricity grid."  Power lines from the electricity generating station pass over homes, schools, and businesses in Wadi el-Na’am but connect only to nearby chemical plants and not to the schools.

Your generous support makes it possible for Adalah to continue to fight for the basic right of access to education. We sincerely appreciate you help in ensure that these children, and many more, can #MakeTheGrade.

Thank you for your continued support for our work.

Stand with Adalah, Stand for Justice! 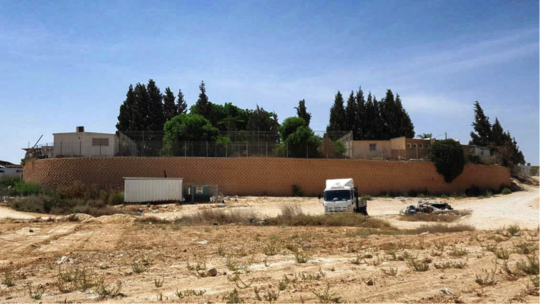 Wadi el-Na'am school powered by generator (Adalah)
‹ 1 ... 8 9 10 11 12 13 14 15 ... 20 ›
WARNING: Javascript is currently disabled or is not available in your browser. GlobalGiving makes extensive use of Javascript and will not function properly with Javascript disabled. Please enable Javascript and refresh this page.