Planting Seeds of All Sorts 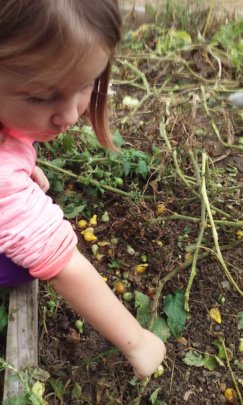 This past August, we at Jovial Concepts embarked on a mission to begin more in-school garden education programming with our Plant the Seed Project. After weighing some options, we decided that the best available school to partner with would be Eagleton Elementary in West Denver, just south of the infamous Colfax Avenue. This is important because the West Colfax Corridor is a noted food desert where families getting meals from fast food joints, convenient and dollar stores is incredibly more prevalent than your grocery store or local farmers' market. To further illustrate the need for our programming at this particular site, was the fact that more than 90% of the student population gets free or reduced lunchtime meal pricing because of family income or lack thereof. With limited local options for fresh food, we knew that we could provide exposure and furthermore a connection to their food that these deserving students otherwise wouldnt receive.

So far, we couldn't be happier with the results of our endeavor. We have consistently offered curricula to over thirty 3rd and 4th graders of mostly hispanic backgrounds as part of our gardening enrichment program for the last four months. The garden we use to facilitate lessons already existed on the school grounds. Local community gardeners have maintained it for nearly a decade but have graciously allowed us to use their beds as a teaching resource. So far we have helped them thin carrots a few times but opportunities for hands-on involvement were limited as we are just now taking over some beds of our own. With the Spring season steadily approaching, we are looking to you to help us give these students the garden of their dreams.

The garden boxes are made out pavers which we intend to paint with the students to add to the aesthetic appeal of our garden. To ensure that we return the little ones home nearly as clean as the students were sent to us we hope to buy aprons for use will gardening. The aprons could also hold small gardening tools as we aim to create an authentic experience. Signage will also be needed to denote where specific crops are, and moreso to let everyone know what amazing work our students are doing.

We can use gardens to grow food surely. But when you put them on a schools grounds you can help to cultivate not only fruits and vegetables, but also curiosity and a healthy lifestyle. 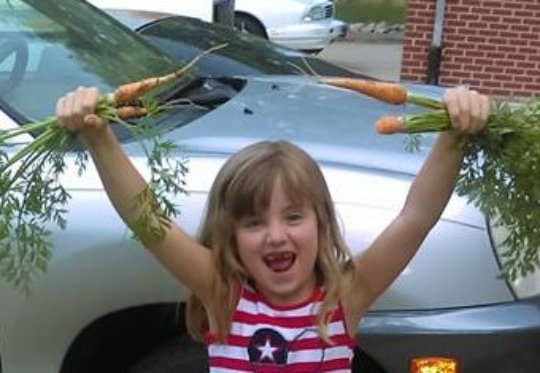 Thank you for making 2016 our biggest year of impact yet!

We have had so many big changes this year and could not have been a success without your support. We started out the year with our new Arvada neighborhood - the Elderberries. We added 12 garden beds to the Arvada area which brought us up to 7,000 sq ft of growing space in Metro-Denver.

Our new garden leaders met monthly to plan beautiful gardens, they came out weekly to help maintain the gardens, and even learned new software to better track our success in the gardens.  But it paid off, we know that over 600 volunteers participated this year and these wonderful volunteers gave over 3,560 hours of their precious time to making sure food got to families in need.

An additional 1,000 lbs was given out in our CSA, eaten by our garden hosts, and rescued by the Jun-Key Superfoods Co-op.

So, what does it all add up to? Families like the Espinoza's who are on a fixed income and have 5 grandchildren to feed were able to provide them with healthy dinners all season. It means families like the Scott's can provide healthy vegetables for their son who has life threatening health issues from their back yard. It means we are building a strong community of neighbors and friends like the Elderberries. Jessica from the Arvada community, she is 6, and knows everything growing in her neighbor's gardens. When it is snack time, she grabs her mother's hand and walks to several Jovial Gardens picking carrots, lettuce, beets, and radishes to take home. All the neighbors know her and look out for her, neighbors that had barely spoken in years are having regular pot-lucks and gardening together. It means children are getting valuable education about nutrition and families on a budget don't have to feel so alone.

Thank you for all you do and we wish you a very jovial holiday season. 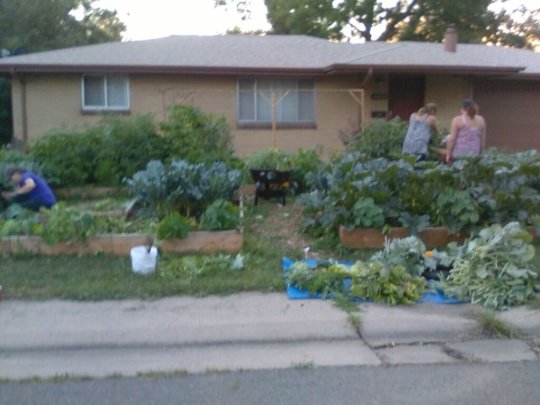 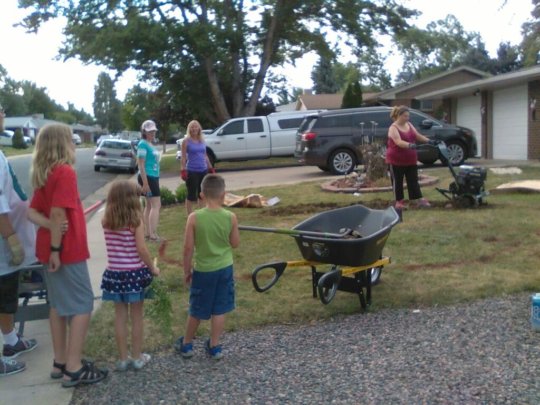 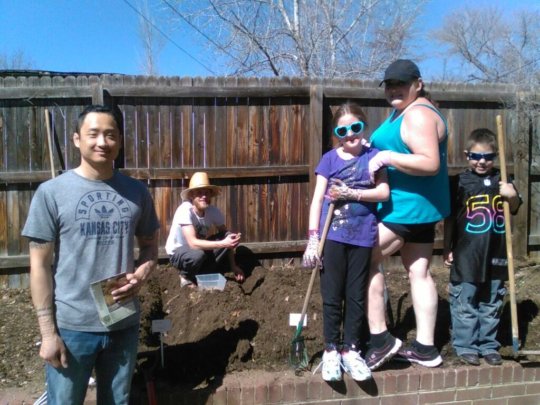 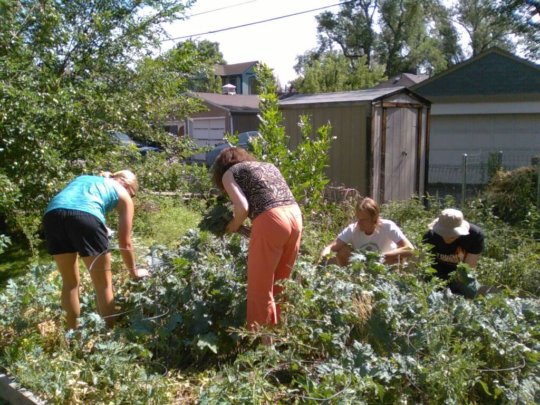 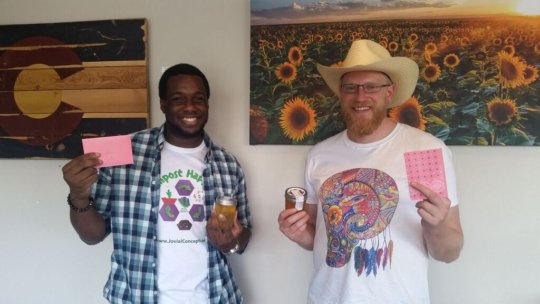 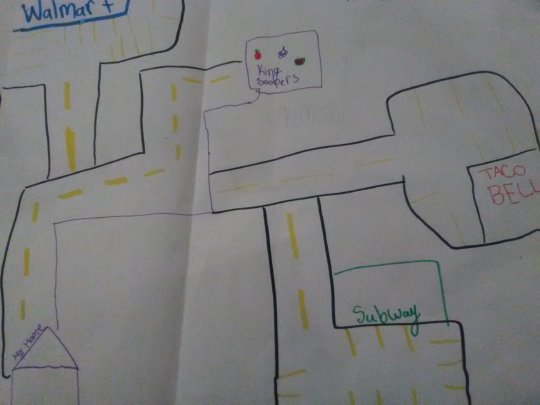 Jovial Concepts has been providing informal garden education in the Edgewater and Lakewood communities for almost three years now as part of the Jovial Gardens program. In that time, we have had all different types of volunteers and partners join us in our efforts to provide wholesome food for those who need it. From hosting missions for out-of-state faith based groups to corporate service days for juggernauts such as Dish Network, we have seen it all. But the groups we always enjoyed the most, were the elementary school children. In a single session of gardening you can change a youth's ideas about how they feel in regards to a certain vegetable, simply by making them feel involved.

With this in mind, we decided that it would be advantageous to reach out to local schools and inquire about the feasibility of starting an afterschool gardening program. Eagleton Elementary of the West Colfax corridor(a noted food desert) was the most enthusiastic about having our presence. They have a garden on the school grounds that was built ten years ago for use as an educational tool, but due to lack of support had been taken over by the community. Within a few short weeks of talks between ourselves, community members, and school staff, we had managed to develop a schedule for an enrichment program and outline a curriculum to be implemented.

We began our program by inquiring into what the students already knew about their food. The first activity we designed for them was to draw a neighborhood map. Not just any map, but specifically a map of where they get all their food on a day-to-day basis. While these maps were bright, colorful, and beautiful; we could not overlook a harsh reality. Map to map, we saw the same thing. King Soopers, Taco Bell, Denny's, McDonalds, and KFC were on most maps. Yet between two classes of 20 fourth graders there was one map with a garden, and one with a farmers' market. Immediately,we knew we were in the right place. It is imperative that we introduce our youth to the idea of eating fresh produce. Not only will it benefit their health, but as they grow into conscious consumers, it will benefit the health of their communities.

A few weeks later, we facilitated a lesson on square foot gardening. After we had explained to them the concept of square-foot gardening and how it works, we encouraged them to design their own gardens based off this principle on grids we had provided. With this information in hand, we then went out and compared it to our garden on the school grounds. Specifically, we looked at our patch of carrots. We could see alot of tops, however, as several students noted, there appeared to be too many for how much space we had. Thus, we began thinning them out to allow space for some of the smaller carrots to grow.

While their noting the density of the patch, and suggesting we take some was encouraging, what happened next was truly inspring. These students took complete ownership of their freshly picked carrots. Within minutes, they were all washing off their carrots and rushing to eat them. Even more surprising was that they were provided store-boughts carrots as a snack by the school, and those remained on the table as they munched on their carrots, some still with dirt in the grooves.

The moral of the story here is that you can use gardens to grow food surely. But when you put them on a schools grounds you can help to cultivate not only fruits and vegetables, but also curiosity and a healthy lifestyle. 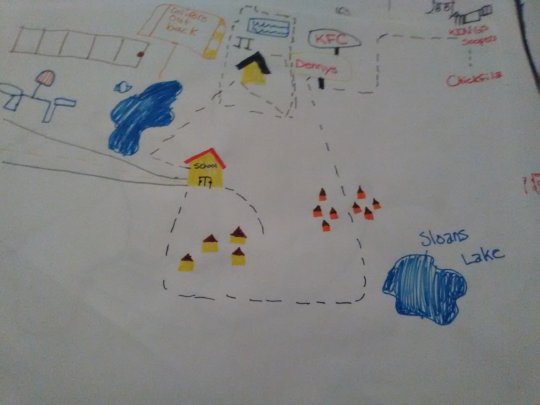 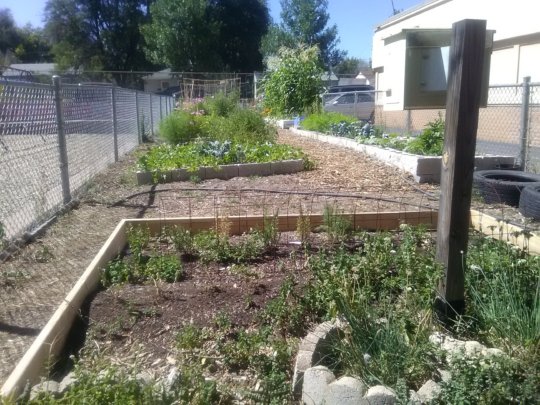 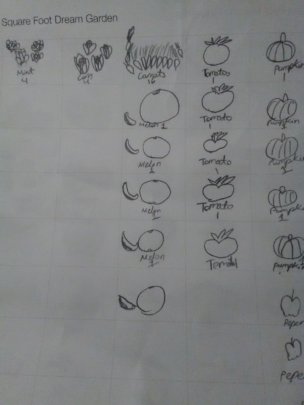 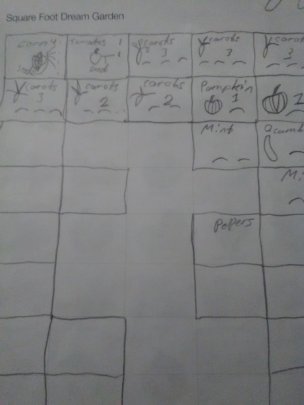