From darkness to hope 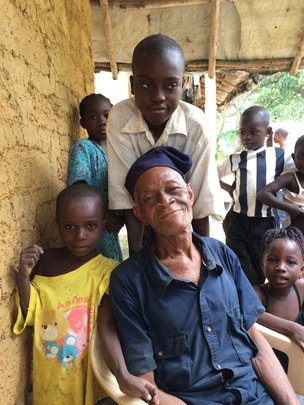 Chief Christopher with Kinny and Dadhdy.

Sierra Leone recently suffered a daunting setback in its quest to reach zero Ebola cases.  With the reported death of a woman and the subsequent infection of her daughter in Kambia District, the northern village of Sella Kafta has been put under strict quarantine in order to stem a possible resurgent tide of the virus.

For the rest of the country the news has been more hopeful. In Kenema, one of our areas of operation and one of the hardest hit by Ebola, not a single case has been reported in over 200 days. With the invisible danger seemingly gone, the city market is once again a busy and vibrant scene. Now neighbor greets neighbor without the hesitation and fear that has characterized the past year.

Christopher, a local Kenema chief and his wife Adama have taken in 9 children orphaned by Ebola. They met four of the children, Sallay (9), Fatmata (15), and brothers Kinny (8) and Dadhdy (14), at a local Kidsave event.

When asked where these children would be without his help and the program he replied, “They most likely could not have survived. Something very bad would have happened.” As he walked to his home several of his newly adopted children followed him holding his hand and calling him “Dad.”

Shed Jah, the founder of VCI and Kidsave Sierra Leone’s country director gives thanks to you, the donor, for the improvement in these children’s lives. In his most recent report he states, “The children are doing very well despite what they have been going through. Thanks to our supporters for helping us care especially for the Ebola orphans. Together we helped them survive.”

With great excitement Kidsave Sierra Leone also reports the arrival and deployment of our newest and largest team member. Weighing in at an impressive three tons and always willing to carry the weight of others, our 2010 Toyota Four-Runner has increased both the reach and capacity of the Sierra Leone program.

Shed Jah, wasted no time in putting the vehicle to good use. From transporting Kidsave families in need of medical care to the medical center, to helping Kidsave families transport their goods from market, to traveling to strategy meetings with the Ministry of Social Welfare, Gender, and Children Affairs in both Freetown (the capitol) and the district office in Bo, the vehicle has had little time to rest.

As the program moves forward, key needs have been identified and are being addressed. With the lifting of quarantines in several of the program’s operational areas, Kidsave and VCI are moving to redouble efforts at family tracing and reintegration (FTR).

These original efforts were hampered by restrictions to movement and the justifiable fears of remote villagers to interacting with outsiders. In the coming weeks the program plans to bring three extra social workers aboard to help not only in the FTR efforts, but also to offer effective help to the orphans trying to cope with the extreme trauma of losing their families.

As Kidsave Sierra Leone and VCI continue our important projects on the front lines of the Ebola recovery effort, we hope that you will continue to spread the word and support us as we work to help some of the most vulnerable children affected by this crisis. 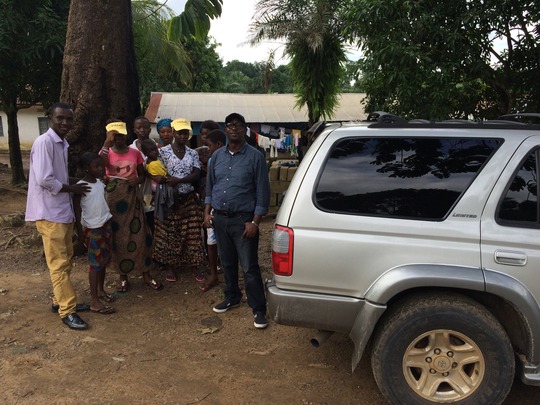 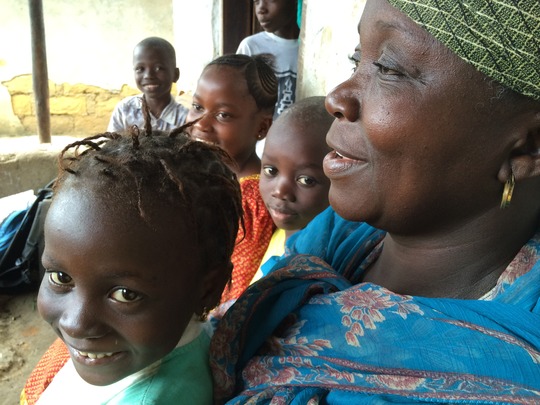 A Kidsave mother in Kenema

Some results of the program in human stories 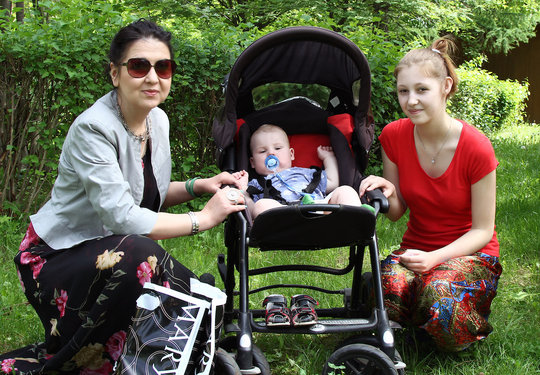 On June 24, 2015 teen mothers, volunteers, mentors and Kidsave partners participated an event orginised by Kidsave. It was a final event of “Teen Mother” program in 2014/2015 school year.

Warm and friendly atmosphere gives an opportunity for girls and future mentors to communicate each other, to create a base for strong relationship. A lot of mentee-mentor pairs were formed during such events.

“Thank you, Kidsave, for an interesting event, which I participate for the second time”, teen mother Nastya B. said. “It was something special this year. I followed my mentor Svetlana all the time and helped her to organize a lottery. Also we participated a master class and made paper flowers. Svetlana is very purposeful, open and friendly person. And she helps me to develop the same skills. Once again I want to say thank you to Kidsave because thanks to its program I met Svetlana who became a close friend to me”, Nastya added.

And that's what Nastya’s mentor Svetlana L . said: "We met with Nastya on the same event last year. It was not easy in the beginning. And now I’m really happy. Nastya helped me during this event, we understand each other and like to spend time together. It is very important for everyone to be valued and loved. I’m happy to support Nastya and her baby, to share my experience”.

Some girls have recently entered the program and still do not have a mentor. During the event they met new people, communicated them trying to find a person whom they would like to see as a mentor.

Thanks to your support almost all participants of Kidsave's Teen Mother program in Moscow got a mentor this year. This is a real chance for them to change their lives, to become more sustainable and confident.

After training a group of 50 Santa Marta Social Workers and Psychologist to qualified the assistance to displaced families, the project selected a pilot group of 30 women head of families to trained them in 4 components to build a new family project. After the training, Marta and Blanca 2  community leaders are in charge of monitoring the families behaviour.All of the trainees, stated that the family interaction has improved and the relationship with neighbors is more active, also they stated that belonging to soial networks is now a goal to strenght neighborhood security and to keep the teenagers out of drugs.

Attachments:
‹ 1 ... 19 20 21 22 23 24 25 26 27 ›
WARNING: Javascript is currently disabled or is not available in your browser. GlobalGiving makes extensive use of Javascript and will not function properly with Javascript disabled. Please enable Javascript and refresh this page.