Recent work in Jordan and Germany with Refugees 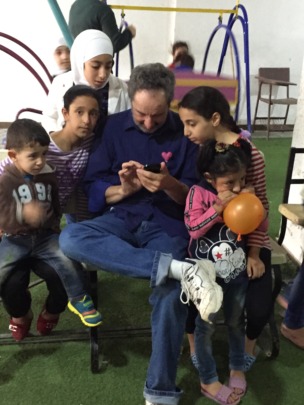 We just returned from our recent trip to Jordan and Germany. In Jordan, SHC staff and volunteers ran four days of clinics for refugee families including support groups and supportive counseling. During the clinic days, we also ran trainings for students and volunteers who are working with the SHC pilot clinics program: Psychologists from the U.S. and Germany offered 4 days of training in Internal Family Systems Model of psychotherapy; the use of expressive arts in treating trauma; and yoga as body therapy for trauma. The students/volunteers participated in all of the services provided to the refugee families as opportunity to witness hands on treatment for the issues being presented. It was energizing for all and has served as catalyst for expanding the services we are able to offer. Additionally, Common Bond sponsored its annual International Conference in Transgenerational Trauma and a large portion of the students and volunteers were able to participate in those trainings as well.

We were able to send from Jordan and the U.S., SHC staff to Germany as part of our efforts to bridge services between Jordan and Europe. The intent of the bridge is to provide cultural sensitivity training to people serving the refugee population in Europe and in exchange have German/other European professionals provide trainings in trauma treatment modalities to SHC staff, students, and volunteers in Jordan. As part of that exchange, we gathered in Freiburg, Germany for an international conference on the refugee crisis in the Middle East and Europe. The conference provided some trainings in :a support group model for working with refugee mothers in Jordan which was extremely well received; grief work as part of the refugee process; and gang development as a psychospiritual attempt to create belonging and family amongst disenfranchised young refugees. The primary purpose of the conference was to create dialogue about what is working/not working in helping refugees integrate in Germany. And then to make specific policy recommendations to government officials in hope of creating a better working process in addressing refugee integration. The conference was attended by numerous government officials, NGO's, support staff, and volunteers who are working to support Syrian refugees in Germany. From these dialogues a number of recommendations are being drawn up and we are soliciting institutional support to endorse the recommendations to give them more import to powers that be.

Following the conference, SHC staff consulted with staff at one of the refugee camps in Germany to talk about issues they are having. Focus was on staff self care and stress management and a number of recommendations suggested in the consultation are being incorporated currently. SHC staff provided a demonstration support group with men refugees from Africa as the camp staff had identified them as being difficult to work with. Many of these men had been traumatized either through enslavement or torture. The group did some stress management teaching and some personal healing work around trauma. The group was well received by the men and staff who attended asked for more such groups in the future.

Lastly, a training in trauma informed support for religious clergy/teachers led by Michigan State University and assisted by SHC staff was held. Michigan State University's Department of Psychiatry has done dozens of these trainings throughout the U.S. and overseas. Religious leaders often find themselves in a position of being asked to give psychological support to people who have had traumatic experiences that is beyond their traditional training. This training in Jordan last year and in Germany this year gives participants an overview in what happens when people are suffering with trauma and when the religious clergy should refer people to professionals. It helps normalize these events within the refugee community and open the door to their getting services. The hunger for these trainings by the religous leaders is readily apparent and efforts will be made to offer more. 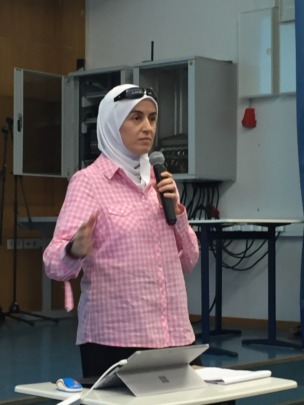 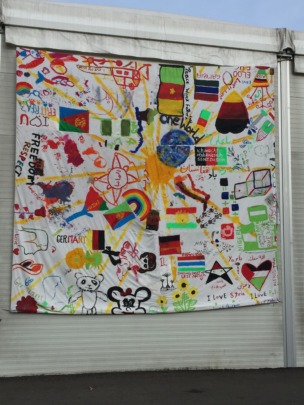 The Teddy Bear Project
We were recently approached by the
Caring for Children organization. They are donating 5,000 teddy bears to SHC which will be shipped to Aqaba, Jordan. The bears are 11 inches in size with a smiling face, a soft plush weighted bottom so they can sit easily. A special pouch in the back will be added on so the children can put little items that are treasures for them.
Ultimately the organization is hoping to design a digital device where the child can engage in interactive programming to reduce trauma, help with anger management and social skills. The teddy bears will be used by CBI as therapy aids in conducting psycho-social treatment for traumatized refugee children. SHC Psychologists at the university level will also oversee content development and educators for content delivery.Caring for Children will cover the costs of the bears, shipping to Aqaba, and custom fees. SHC will be responsible for the additional costs of shipping them to the Amman and Irbid region where the largest number of Syrian refugees reside.
Donate Here
Syrian Mothers Cookbook Project
In our upcoming visit to Jordan in mid October, we will be collecting recipes from refugee families. The chosen recipes will be ones that are special to each of the families and will include stories about the food. Also included will be pictures and poems written by different refugees. All proceeds from the cookbook sales will go into a cooperative fund that has been created to help mothers and their children who are living in the apartment complex (40 families led by widowed mothers) served by Social Health Care.
Refugees who are living in Jordan are not allowed to be employed. This project allows the mothers an opportunity to earn some needed funds to provide for their children. Additional art and other products will be added to the co-op to help the mothers create a cottage industry. These proceeds will help fund a semester of school for each child, with hopes of funding an entire year. The cottage industry projects are intended to help pay for the children's schooling in the future as well, as many have only had sporadic, or in some cases, no education for 5 years now. Details will be made available in our next report as we return with materials to be used for book design and production.
Aug 17, 2016

Building Bridges between Germany and Jordan 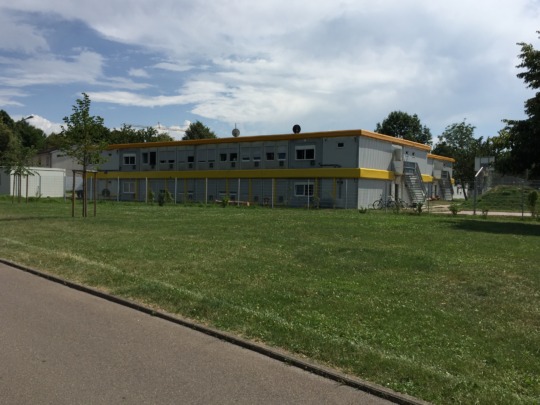 In July, Social Health Care for Healing Syrian Refugees (SHC) staff held a series of meetings related to the refugee issues in the Freiburg, Germany area. SHC staff met with representatives of a local aid organization, city administration officials in charge of migration and asylum seekers, and staff of 3 refugee camps. There was great need and interest in the idea of possible benefits of both cross training (Germany and Jordan) and a conference on the refugee crisis in Europe and the Middle East. There is interest in the possibility of continuing this new conference as well as further training.

What we learned is there are a number of government and volunteer services/programs to assist refugees and assylum seekers throughout Germany. There are many good hearted volunteers (though the numbers have dropped massively since the initial wave of refugees) and staff. The reality is that many of hte programs and opportunities are mainly on paper, but they are not being realized. The original systems and facilities created to receive, intake, process, place, and integrate refugees and asylum seekers have broken down significantly under the size of the need and numbers of people. These facilities offer very little space, no real privacy, confinement to within the walls, and no information how long tehy will be in limbo. In at least one camp there is a problematic mix of refugees from many cultures, religions, countries, regions,races,and languages. Some of the refugees are from places where their communities are in direct conflict with each other. There are also a lot of single men from these various societies pushed together with families in a confined space. So there is a lot of tension between these groups, in addtion to the tensions due to their being in such limbo with no idea of what tomorrow brings for them. The serious lack of privacy, especially between those from different societies and cultures, is creating a great deal of tension, depression, and sometimes violence.

We heard from staff at each camp that they are seriously overwhelmed by the simple lack of adequate staffing, and burdened by unrealistic and cumbersome policies and the difficult conditions at the camps. There is little of what we would call psychosocial treatment (though staff acknowledge the high need with a highly traumatized population) because staff that have some of these skills do not have enough time to provide these sorts of services. There was great interest in the November conference in Germany becoming a shared experience conference of those working with the refugees and being able to offer policy suggestions to the governments on what works, what doesn't work, and aligning policies for the best outcomes.