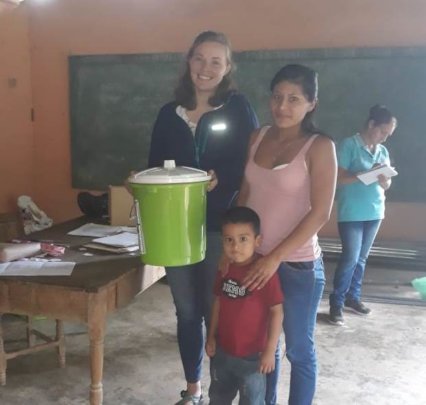 Thank to donations from the Wisconsin Rapids Rotary Sunrise Club, Shoulder to Shoulder was able to purchase 33 water filters.

The water filters were given out to 33 families who participate in our Childhood Nutrition program -- a program in which children from 6 months to 5 years of age are given monthly micronutrient supplements.  These supplements, called Chispuditos, help to prevent stunting, malnutrition, anemia, and other health problems.  The addition of water filters will ensure that the children are drinking clean water, and thus reducing the incidence of diarrhea and other stomach ailments which are so deadly to young children.

A special thanks to our intern, Lizzie Morris, for taking responsibility for this distribution.  Thanks, Lizzie!  (Lizzie is the smiling American in the photo above.)

The staff reported that the families were so excited to get the filters, that they waited 2 hours for the filters to arrive!!  (As you may know, the roads are largely unpaved, and we had a bit of difficulty with the transportation.  But, the filters finally arrived!)

A great big THANK YOU to the Wisconsin Rapids Rotary Club and to all who support StS's Nutrition Program. 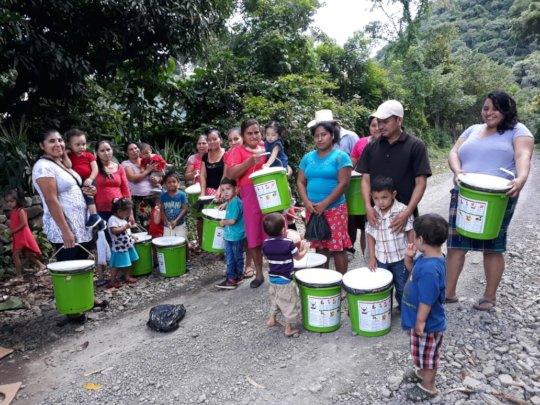 A Day in the Life of CREE

By Richard E. Buten, Ph.D. - President, Board of Directors 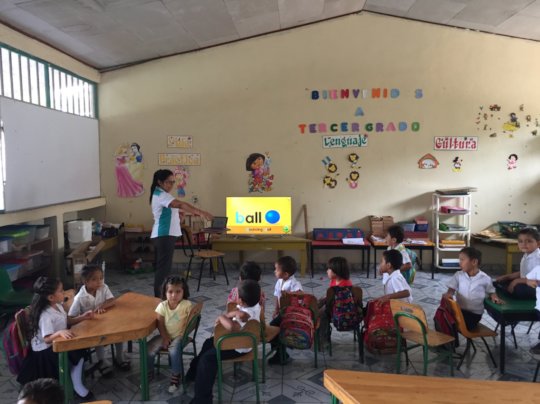 The attached video shows Kolibri in action in Guatemala.

The day was Monday, April 8, 2019, towards the end of a 10-day assessment of our Kolibri Implementation Project, through our education mission, CREE.  CREE stands for Regional Center for Educational Excellence.

We start out from Camasca, Shoulder to Shoulder’s Educational Headquarters.  Camasca is one of seven municipalities that comprise the StS service area, and the central municipality.  These towns are located in the middle of Southern Intibucá, on the border with El Salvador.  This area is part of a UN designated area of extreme distress where farmers eke out an existence among steep terrain with poor soil where yields are getting worse as the climate warms and becomes drier.

This day our visit was to the municipality Colomonguaga where we work in the center of town, as well as in a village of the town called Santa Ana.  “Colo” is about an hour’s drive over very bumpy roads from Camasca; Santa Ana another half hour down roads even more severe.  My activity monitor records over 10,000 steps for the ride out and back. The going is slow and fatiguing as we bump over large rocks or jostle through drainage ditches in the roadbed.  I feel at times as though walking might have been easier.

On the way to the High School, we met the Director.  He is a distinguished looking older gentleman who has been at this school for decades.  My staff shared that he is not generally in favor of technology and does not have a computer or cell phone.  He declined an earlier request to allocate a secure unused science lab space for use by Kolibri.  This left the teacher with only a rotating classroom in which to teach math and begin with Kolibri.

When we started with the high school in March 2018 the only equipment we had available for Colo was a server.  Our objective was to let the teacher learn the system and the team would return at a later date with additional equipment.  Our usual method is to begin with “presentation mode”.  This consists of a server and display device, usually a projector; sometimes a large screen TV.  The team monitors the progress of the teacher’s learning curve and requires the creation of lessons and student user names with passwords before they return with tablets.

In the case of Colo, the team’s reconnaissance trip a week earlier found an example of Honduran resourcefulness that led them to bring tablets for the class this day.  What they found is that the teacher, Veronica, had found a router locally and attached it to the server.  She then arranged her class into four-desk clusters and found enough students that could bring in cell phones so that she could utilize Kolibri to deliver Khan Academy videos.

We get a tour of the school including the science lab.  After some discussion with the Director he agrees to give Veronica the use of the Science Lab!!  It is a good space with secure door and windows.  We move the equipment into this room. The Colo High School, like most secondary schools, operates double shifts, so our tablets will get plenty of use, about 500 students most days; plus an occasional chicken.

Our next stop is to a Kindergarten which is only blocks from the colegio.  Here our team has collaborated with a local teacher to install two large Android tablets with HDMI connection, loaded with Starfall and other Apps aimed at teaching English letters and sounds, numbers and colors.  This teacher was able to successfully solicit World Vision for the donation of two large screen TV’s.

English language instruction is a Honduran government priority and accordingly ours.  We have currently included a total of four Kinders with this experiment along with our bilingual school in Camasca and various other teaching aids in primary schools and junior highs.

The Centro Basico is the Honduran government’s new strategic effort to get more of the population to stay in school beyond the sixth grade.  These are 7,8 & 9 grade additions to the primary schools, located close enough for walking.   They are at best taught by one teacher per grade.  Some of our CEB’s are small and have only one teacher for all three grades!  The CEB’s are the focus of our Kolibri grant installations.  In addition to Khan Academy, we are deploying our new CREE channel which features the digital Honduran textbooks.

Our next stop is to visit the Santa Ana CEB, and one of our Kolibri grant recipients.  This school has been running presentation mode and is about ready for tablets.  He then works the teachers through signing on with their cell phones for practice.

At the conlcusion of this training, the team agrees that they are now ready for tablets.  The team decides to try out having this school come and get the tablets from our base in Camasca and configure them for themselves.  In another municipality they are trying out a still more aggressive version of self installation and local suppport that if successful will facilitate further scalability with our limited staff.

It was quite a satisfying, yet also exhausting day!! 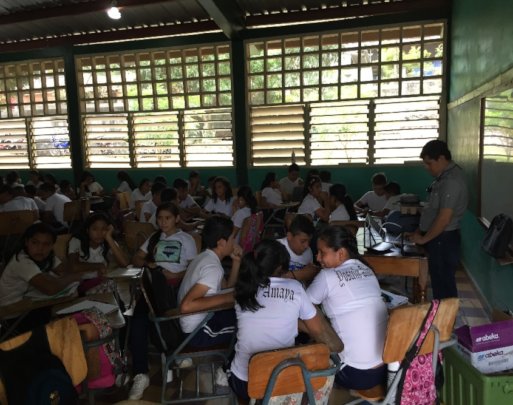 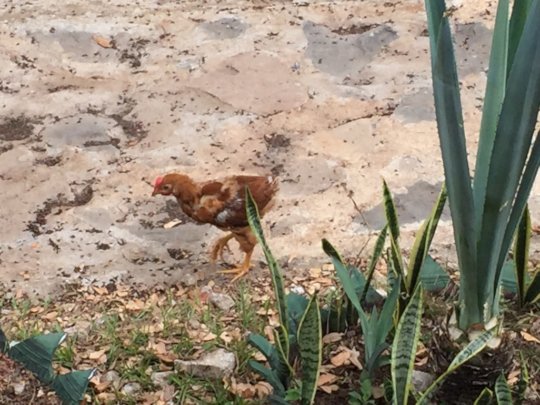 The Other Side of the Mountain

By Jan Tepe, DDS - Dentist who has traveled to Honduras for 20 years 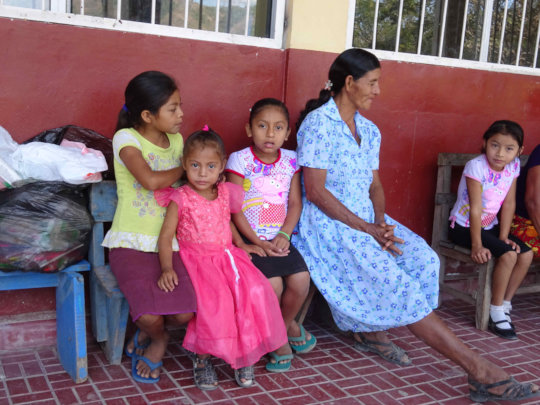 Note:  Even though Dr. Jan Tepe is writing about DENTAL services -- the children she writes about are the same children who are in StS's nutrition program.

It was a trip I’d wanted to do for nearly ten years. We had heard about a community in the area of San Marcos de Sierra that was “the poorest of the poor”. We’d already established school dental health programs in Santa Lucia and Concepcion and wondered what could be next. I mentioned the possibility of visiting this community, the poorest of the poor, called Delicias, to Laura Manship some months ago. She herself had made the hike and cautiously discouraged us from trying to get there. It’s a long and difficult hike, up one side of a mountain and then down the other side. We discussed the obstacles of the hike with our group – two dental hygienists, the Honduran dentist and her assistant, a public health dentist, and our two drivers/guides. Everyone agreed to the plan. The trek began at 4:00 am when the truck arrived to meet us near the square in Concepcion. After a half hour or so on the main road we turned onto the dirt road. For the next hour we bumped and bounced over ruts and rocks, up hills so steep I didn’t think it was possible for a vehicle to climb. So this is what four wheel drive is for! In 20 years of travel to Honduras, these roads were as bad as any I’d ever seen.

Eventually, the road ended and the two trucks were tucked in close to an embankment. We donned our backpacks filled with dental supplies and water and set out. The path up begins somewhat wide with sharp drop-offs to the valley. Ahead of us was a Honduran woman in a dress and sandals carrying a box that was held by a nylon net looped over her forehead and hanging down her back. Our group spread out, each of us stopping as necessary to catch our breath and admire the spectacular scenery. The sun had come up and it was a beautiful day. The woman disappeared from sight and presumably took a shortcut too steep for us, but we later saw her on the other side of the mountain. Up, up, up, through a narrow ridge with scrubby foliage where the terrain fell off on both sides.

After 2 hours we were rewarded with the sight of the village. This isn’t your normal village. We saw three buildings – a public health clinic, a school, and a small pulperia. People in this area live tucked away, far from one another. We set up our supplies outside the school and waited until the children and their parents arrived. There is no electricity in Delicias and little contact with the outside world. The people are neat and clean with little girls wearing dresses and mothers wearing homemade dresses and sandals. Dra. Idalia gave a talk, discussing how to brush teeth, why we brush teeth, diet, and what we planned to do.

And what exactly did we plan? Well, after each child had brushed their teeth, we examined their teeth and applied a material called silver diamine fluoride (SDF) to areas of decay. SDR kills the bacteria in the cavity and stops the decay. Sometimes this require two or three applications. The downside is that the areas of decay turn black. The upside is it is painless, requires no injection, and the teeth are saved. This material in gaining popularity, especially in developing countries. After seeing first hand the difficulties in simply getting to this community, we understood why these people cannot come to our clinic and also why it would be impossible to get portable equipment to them.

The kids and parents were great. Of the 50 or so children that we saw, only one little guy about 4 years old screamed his head off. The others patiently waited in line and then compliantly opened their mouths while we strange looking, tall, pale people dabbed stuff on their teeth.

Shortly before noon we left Delicias to do the hike in reverse. If up the mountain was strenuous, down the mountain was scary, with steep switchbacks every 15 feet or so and loose scree. Walking on marbles, down a playground slide would describe it. The way back was no easier, but somehow the way home always seems shorter. We have a new appreciation for the lives of the people on the other side of the moutain. 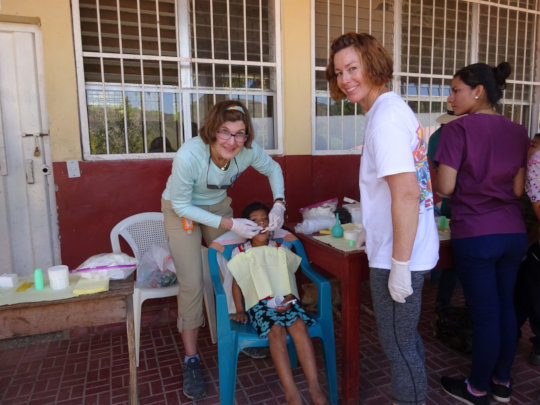 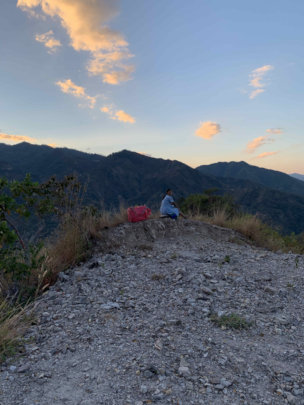 Delicias, Intibuca, Honduras
‹ 1 ... 3 4 5 6 7 8 9 10 ... 12 ›
WARNING: Javascript is currently disabled or is not available in your browser. GlobalGiving makes extensive use of Javascript and will not function properly with Javascript disabled. Please enable Javascript and refresh this page.