Proof-points of Student Leadership at TFI 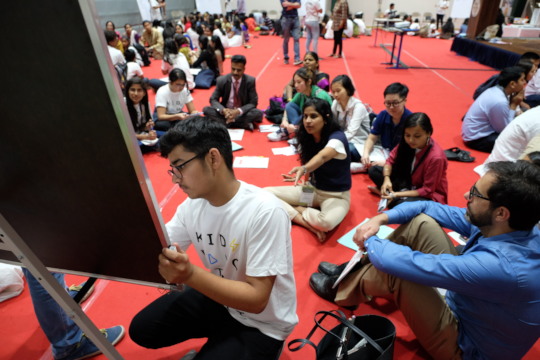 Student Leaders at the KER Summit

At Teach For India, our goal is to put every child that we work with on a different life path. We measure our impact as progress to this goal on three levels - academic growth, values and mindset, and exposure and access. Central to all our impact is leadership. We aim to develop student leaders who show transformational change both in themselves, in their classroom, school, and community.

Over the past few years, we’ve seen the education system in India failing to create impact as it continues to suppress the voice of its most important stakeholder: the student. The education system has been focusing on disciplinarian structures and outdated curriculum that isn’t equipping kids with the skills they need to succeed in the 21st century. Students in most schools across India aren’t given the chance to explore their interests but are forced to fit into the straightjacket that’s been handed to them since their admission. With the world being divided like never before, we consider it important that schools become a place for kids to become empathetic individuals, who can lead the change towards a better world.

We’ve all heard of Malala Yousafzai, whose fight for girls’ right to education won her the Nobel Peace Prize in 2014. Malala created a worldwide movement that increased awareness and brought about real change - all when she was just a teenager.More recently, Greta Thunberg, a 16 year old girl from Sweden, has created a worldwide movement towards demanding that concrete action be taken to tackle the issue of climate change. Greta started protesting independently in 2018 when she started skipping school to protest outside the Swedish Parliament in Stockholm, where she hoped to influence people before the general elections. Her friends soon started joining her and it slowly led to first a national, and then an international movement of students. On 15 March 2019, an estimated 1.4 million students in 112 countries around the world joined her call in the striking and protesting.Through these examples of student movements around the world, we have seen how kids know what they want and are not afraid to be leaders and create real change. We have seen many such examples closer to home as well, and through The Kids Education Revolution (KER) we hope to amplify the voices of such kids by giving them a platform to speak. Listed below are few such proof-points of student leadership :-

Almas, a 10th grader from Mumbai, started a project called 'Basket of Joy,' which is an online organic fruit basket company that aims to create social impact by providing work to disadvantaged communities. The fruits for the baskets are sourced from organic farmers in Pune, whereas the baskets are woven by Kashmiri women and sex workers in Mumbai. Almas was part of a one year entrepreneurship program called the Young Entrepreneurs Academy (YEA) and also won the IE Social Impact Business Plan Start Up this year

Hajeera, a 9th grade student leader from Hyderabad and a member of the KER National Committee, is currently working on two different projects along with her teachers and classmates called 'Each One Teach One' and Canteen. With Each One Teach One, she aims to create peer to peer learning circles for students and with Canteen, she aims to provide nutritious meals to the students of her school at minimum or no cost.

Being a champion for mental health, Sanmyukta has founded various safe spaces and support groups for adults and kids alike! Through ‘Open Book’, she celebrates the individuality of every student participant at her school. She has also constituted ‘Sanvad Katta’, a place where adults and kids join hands to solve problems in their society! Sanmyukta is also working on spreading awareness on mental health and menstrual hygiene in government schools in Nashik, where she spends her summer holidays every year.

Reflections and experiences from the Chennai Fellow 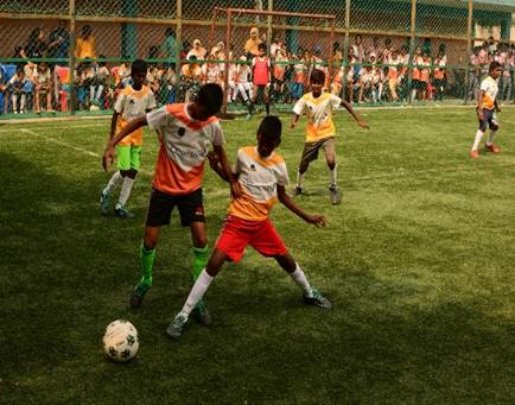 Students participating in Just For Kicks.

The narrative from one of the Teach For India - Chennai Fellow, Meera is as follows:

"I believe that wherever I am today is because of the opportunities I got while growing up. I was blessed to have parents and teachers who believed in providing excellent education and gave me the opportunity to choose the path I wanted and supported me throughout the journey. Though I knew the fact that India is also amongst the countries which have not been able to provide even the basic elementary education to all our children despite the Right to Education.

But after seeing the reality, I realized why the numbers are all skewed. I decide to join the Teach For India fellowship to play my role in eliminating educational inequity and making sure that my students will become leaders one day. My experience during the past 20 months has been utterly gladdening. My students and I pushed each other to give our best in every task. I didn’t want the circumstances to affect the learning of my students Initially when I joined the school the average mastery of my class was 55% in Math (i.e. only 55 % of students had mastered the content of Math according to their grades) and 1.7 grade level in reading and writing (the average reading level of kids is equivalent to below grade 2 even if they study in class 6).

At the end of this year, they have achieved the mastery of 75% in Math and 3.7 in reading level. To maintain the idea of holistic learning, my school team and I started a lot of projects in the school and since we all believe not only academics are important but also the values and mindsets are very important for the students to grow as a leader. For academics, we prepare kids for Olympiads (30 students in math and 30 students in science participated and 2 students got selected for second round) conference and city level summit, Research project (How well Chennai knows about Electricity) submitted at City As Lab, is an annual, city-based research project undertaken by school children for 3-4 months, which culminates in a one-day conference event. I was a coordinator for under 12 boys and girls football team for Just For Kick's intervention to build life skills through football coaching.

We conduct the regular assessment and track their individual growth. We have organized regular Parent-Teacher meetings which impacted 120 parents across 3 classrooms, co-planned and executed lessons with 15 government teaching staff, established students committee of 8 students to solve the community-based problem. The most important thing for me is my students learning. When I see my students being curious, coming up with a great idea for projects. Students came u with the ideas like making biodegradable sanitary napkin, conducting a session for community women to make them empowered. These are some of the events will always make me feel about my students. I have faced a lot of challenges that emerged out of teaching in lower income government schools like lack of resources, exposure to various opportunities, self-motivation in children and faith of parents in education system, support from the Principal, and other school staff in holistic development, unavailability of proper mental space to study, violence in the community. To tackle all these challenges, I started setting goals for my students and slowly moved towards co-planning and now my students are motivated enough to set their own goals. Proper analysis of data and communicating each and every success of my class made my principal to trust me and the students. Taking up projects like Just For Kicks (intervention to build life skills in kids through football coaching), Dramebaaz (theatres for kids to showcase acting skills and be themselves), MaKER’s club (TFI led a space for students to share their knowledge, skills and interests), ties up with American International School, Taramani and Artmozo have given a lot opportunities to my students. Through effective team management, rigorous planning, effective execution, time management and resourcefulness I further strengthened the parents and staff investment." 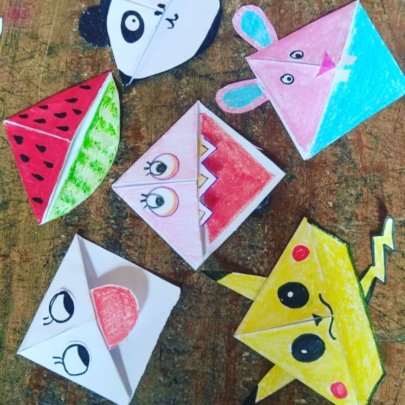 The Project ‘Camp Diaries' was initiated to nurture the underprivileged kids with some extracurricular skills such as music, dance, art & others through some volunteers. Each child deserves to write their own story and follow their passion. The aim is that each kid leaves with a zeal to pursue them. Under our mentorship, kids organize camps in primary schools & volunteer to teach these skills and art form to their juniors.The skills also include public speaking, fine arts, photography, videography and others.The project has seen a huge success as it enabled students to not only live their passion but also honed their creative expression and interpersonal skills. The most significant part of this initiative was the small kids found some curiosity in some other activities apart from studies & it was also helping them to be happy in their daily turmoil of family & community issues. It also helped in establishing a bonding between the senior & junior classes & in between students of particular area of interest. Such was the reach of the project that Fellows from Ahmedabad, Bangalore and Pune also replicated the concept in their classrooms and observed impressive results in learning patterns and enthusiasm level in students. The best part of the project is, once briefed; students drive it themselves with rigour making it a point that their juniors get the essence of the concept and carry forward the legacy of it to future classrooms.