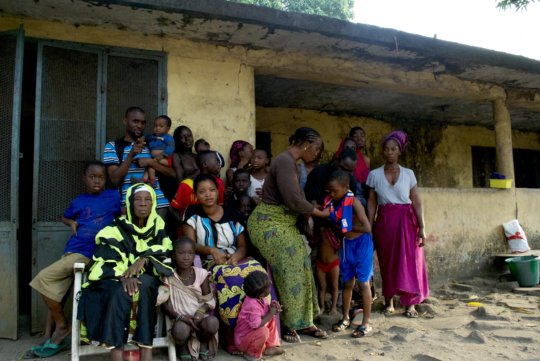 Our pioneering work with Ebola survivors in the #ISurvivedEbola campaign, has achieved a level of success far beyond our expectations. With Ebola survivors taking the lead, we are beginning to move to a strategy of long-term prevention.

Since our last update three months ago, our #ISurvivedEbola Campaign has been honored with 5 more prestigious honors for a total of 15.

PCI Media Impact’s #ISurvivedEbola Campaign has championed the capacity of survivors of the epidemic to help heal the dramatic losses suffered in their communities. In sharing their stories of trauma, recovery and hard-won first-hand knowledge of safety practices and stigma, the Ebola survivors featured in PCI Media Impact’s #ISurvivedEbola campaign have elevated the awareness and sensitivity of Ebola-affected communities, despite a climate of mistrust and confusion.

Yet while the Ebola outbreak is now contained, it could re-emerge if people stop following new health and safety protocols.   And there are many orphans and fractured families grappling with what they have lost and how to rebuild their lives and rejoin community life, socially and economically.

Survivors Associations in Guinea, Sierra Leone and Liberia are now mobilizing to help meet these challenges in their communities.  We are providing these inspiring men and women with the training and resources they need to lead activities with the following objectives:

These community leaders and role models are pioneering reintegration and reframing attitudes about disease prevention and survival. We look forward to updating you in the coming months on their program achievements and goals for the future and thank you for your support and continued encouragement as we continue these heroic efforts. 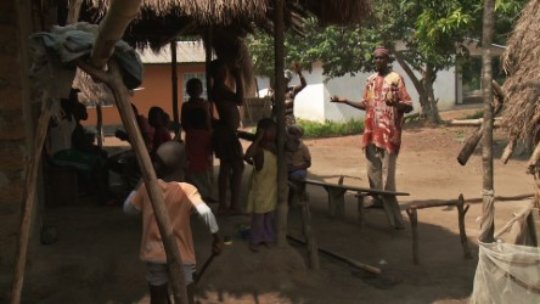 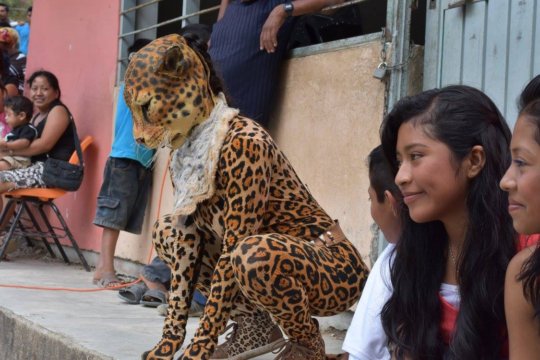 Jaguara Interacts with the audience

The El Triunfo biosphere reserve is known for the dense fog that creates a permanent cloud over the hills of Chiapas, Mexico. Within this rare Cloud Forest are thousands of endangered species, as well as villages of people currently being affected by biodiversity loss and climate change. In an effort to promote sustainable practices among different villages that reside within and around El Triunfo, Jaguara, Tapirgo, Mr. Ceiba and Quetzalo, the visually enchanting characters of the Guardians of the Mist theater performance toured eight communities during the month of February.

The main characters of the play captivated the populations of the communities of Escuintla, 3 de Mayo, Nuevo Paraiso, Jaltenango, Mapastepec, Vergel, Puerto Rico, and Montecristo. Some people needed to walk an hour to reach the town squares, schools or basketball courts where the production took place. Each production was wildly successful, reaching an average of 200 people per show.

According to Hector Moguel, the Communication Coordinator at the Fondo de Conservacion el Triunfo, the purpose was to bring isolated communities together and begin the conversation about sustainability, especially amongst children, and show them how important it is to preserve one of the world's most endangered ecosystems.

Sustainable practices benefit not only the life of the ecosystem, but the people as well. In Chiapas, where hills cover the landscape, many villages rely on agriculture for food production. If the land is not farmed using specific sustainable techniques, the soil can deteriorate, making it unusable in two years. This leads to cutting down trees to farm new soil. The trees in El Triunfo are extremely valuable as they hold the trademark fog. Without the trees, the fog turns to rain, causing flooding and mudslides in lower communities. "That is why it is important to take this Entertainment-Education approach, so that children can grow up having a different mentality than that of their parents," Hector said.

The animals and plant species are the protagonists in the Guardians of the Mist play. Although the people live within the biosphere, they do not see the animals depicted in the production. Enamored with the realistic costumes, the children were eager to know more about the characters. "It is a world of conservation, but it is a fascinating world like a comic book," Hector beamed. He went on to explain when the children see the animals in their home as heroes, those animals are incorporated into their lives. When the children play, they will want to be the Jaguar, the Quetzal or the Tapir. The animals will become important parts of their lives they want to protect. “Taking the theater play Guardians of the Mist to more communities of the sierra [of Chiapas] is taking the messages on conservation to the true guardians of the mist that are the children that live there… touch their hearts at the right time…"

Guardians of the Mist has since received multiple messages from various communities asking when they are going to visit. In an area where the people only come together for soap operas or football matches, pushing alternate activities is extremely difficult. The success of Guardians of the Mist is significant because it shows that this type of Entertainment-Education works. Hector hopes to continue taking the play to more communities and expand, adding workshops and other conservation activities. 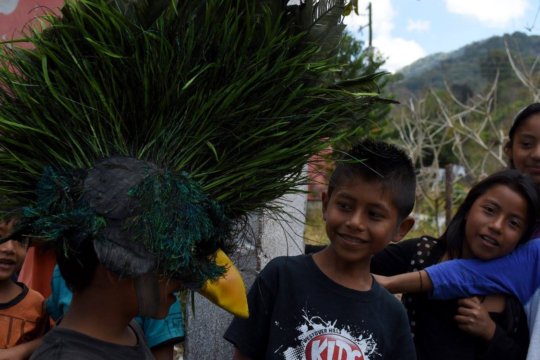 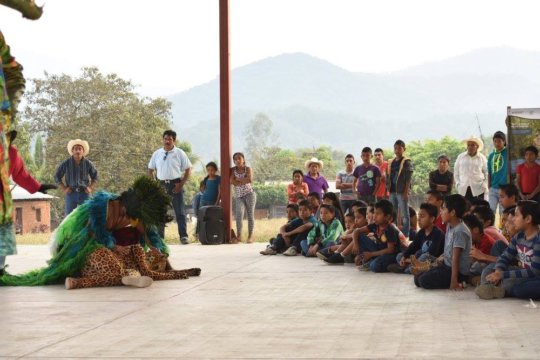 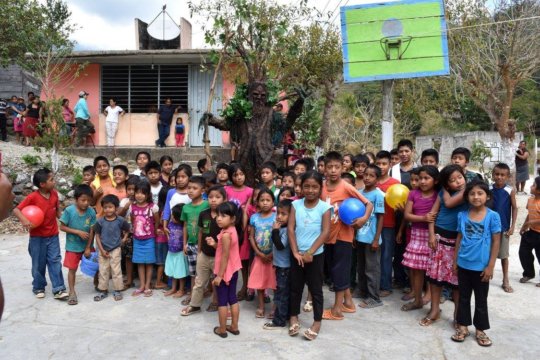 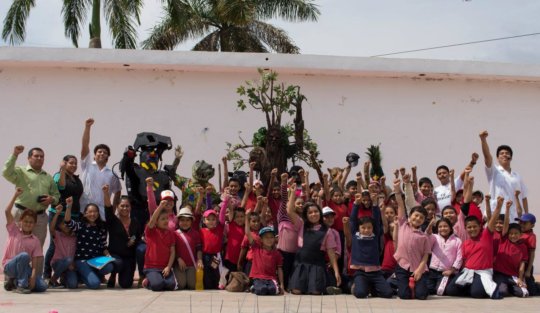 Everyone wants to be part of the story

No one wants to miss a moment of the play 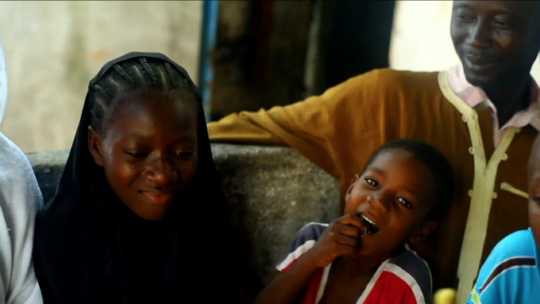 Our pioneering work with Ebola survivors in the #ISurvivedEbola campaign, has achieved a level of success far beyond our expectations. With Ebola survivors taking the lead, we are beginning to move to a strategy of long-term prevention.

We are honored that our #ISurvivedEbola Campagin has recently been awarded several prestigious awards. We won the Silver Davey Award for excellence in Web, Design, Video, Advertising, Mobile & Social. We received an Honorable Mention Award from #Cynopsis Model D Awards for multiplatform marketing campaign strategies, up against media giants like MTV, Nickelodeon, Turner Entertainment Networks, Univision Communications and VH1.

And, most recently we learned that our work to stop Ebola has also won six Awards for Excellence from The IndieFEST Film Awards Ceremony:

As part of our global response to Ebola, PCI Media Impact undertook a multi-country campaign that highlighted and promoted media stories of Ebola survivorship in Liberia, Sierra Leone, and Guinea in West Africa. The key goals of this campaign were threefold:

Three core strategies were employed to achieve the campaign’s goals:

We continue to work with four Survivor Associations to build their capacity to strengthen their role as spokespersons for public health prevention and to position them for rapid response should new outbreaks occur.

We thank you for your support and continued encouragement as we continue these heroic efforts. 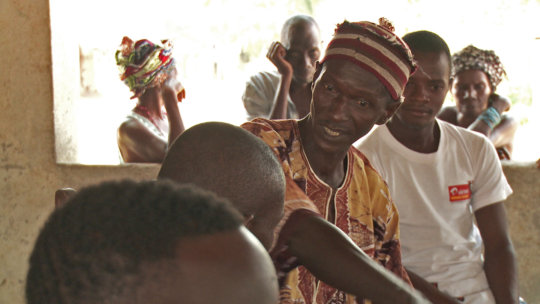