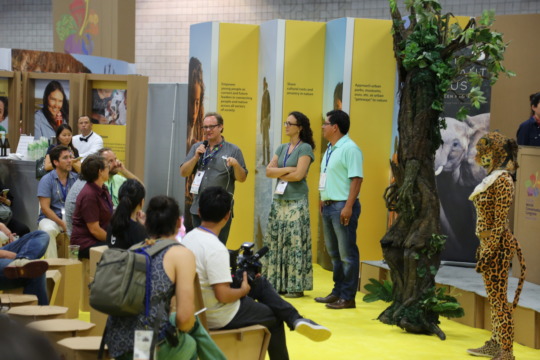 On the evening of September 3 2016, the Guardians of the Mist stole the hearts of an unlikely audience: a group of seasoned environmentalists and curious scientists attending the IUCN World Conservation Congress in Hawaii.

Occurring only once every four years, the World Conservation Congress is one of the few pivotal international meetings where conservation authorities and decision-makers within the scientific, governmental and non-profit communities come together.

Far from their usual audiences in Chiapas, the Guardians were brought to the Congress as the headliner to launch the #NatureForAll Movement – a budding community that is helping those who aim to preserve nature to ignite deep connections with nature among new audiences. The Mexican theater troupe does just that: listening to the story of Jaguara and the wise words of her leafy companion Mr. Ceiba prompted the groups in attendance to identify with the forest and its animal population.

Ana Valerie Mandri Rohen, one of the pivotal leaders who brought playwright Hiram Marina to the Cloud Forest and inspired his work on Guardians of the Mist, explained how the troupe is using theater to build a bridge between the precious rainforests and the Mexican people.

“Since only 60 people are allowed to visit the protected area each year, we faced a real barrier in connecting audiences with the forest so that they would want to protect it,” Ana Valerie explained. “So we brought small groups of ‘champions’ to the rainforest, in the hopes that these celebrities would be able to share the experience with their audiences. Hiram, a playwright by training, fell so much in love with the forest that he decided to write this play.”

The play’s typical audiences in Mexico, both young and old, are important ingredients of the ultimate protection of the forest. But in order for the precious flora and fauna to thrive, it is also crucial that the international community recognizes the value of this protection. By presenting to a packed house multiple times at the World Conservation Congress, the theater troupe was able to directly convey the importance of the forest’s conservation to more decision makers in the span of a few days than the number of visitors who are able to step foot in the forest itself in an entire year.

The magic of costume and theater successfully transformed the launch of the #NatureForAll Movement. The Guardians of the Mist not only inspired audience members to use storytelling and characters to create change in their own communities; they also reached the hearts and minds of a group of seasoned conservation professionals to understand the ecosystems of Chiapas with a new lens. Convincingly conveying both urgency and empathy, the play surprised conference attendees in its ability to capture their lasting attention.

“Countless people came up to #NatureForAll staff members after the performance to ask about the play itself, and about the rainforests of Chiapas,” said #NatureForAll Pavilion Coordinator Jeeva Jacob. “I was surprised by how much they internalized – not only about the play as a tactic for connecting people to nature, but about the ecosystem that it aimed to protect.”

Thousands of miles from Chiapas, Mexico, in front of an audience of environmentalists, the Guardians of the Mist still had a profound effect on its spectators – driving their curiosity, and ultimately their likelihood to engage in conservation of the Mexican cloud forest. 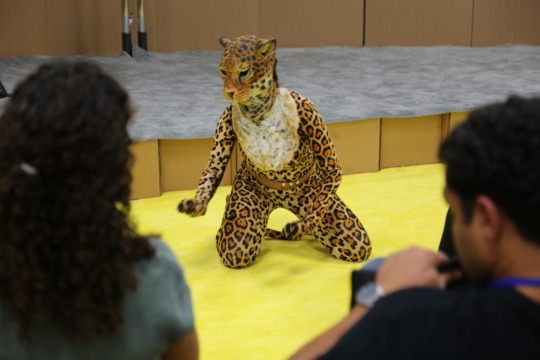 Jaguara shares her story with the audience 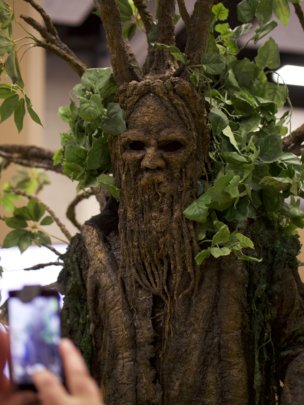 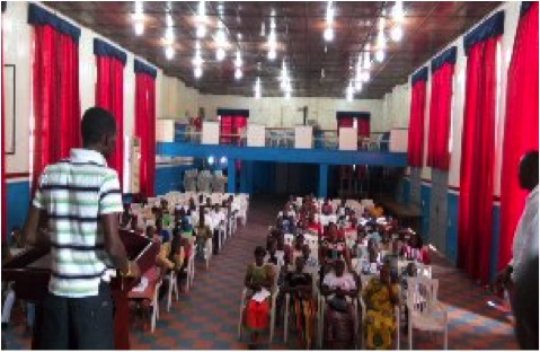 In May I shared the inspiring news of the important work that survivors associations in Guinea, Sierra Leone and Liberia are undertaking to pioneer reintegration of Ebola survivors, promote long-term adoption of disease prevention practices and challenge harmful stereotypes.

With the aid of capacity building seed grants from PCI Media Impact, these associations have made significant advances in meeting urgent needs in their communities. The Ebola Survivors Association of Liberia/West Africa Ebola Survivor and affected Organization (ESAL/WAESO) exemplifies their dedication and progress. The first step for ESAL/WAESO was to help its members—men and women who survived illness and loss—use the courage and determination they have demonstrated in facing stigma to gain new skills to help their communities. 60 members were trained in leadership and program development, management and monitoring. Volunteers also received guidance in psychosocial counseling to prepare them to directly support survivors struggling to adjust to rebuild their social and economic existences.

These survivors association members are already putting their new confidence and abilities to work in the Monrovia region. Members have performed outreach to over 2,000 community members to share their stories and lessons learned around Ebola prevention and the pain of survivor stigma. They distributed over 1,000 buckets to households in coordination with demonstrations of the importance of proper handwashing techniques. In the course of their outreach and engagement efforts, however, they observed a high need for continued focus on prevention vigilance now that the urgent threat of Ebola has been minimized, as well as continued demand for medical and financial support and counseling for Ebola survivors throughout Monrovia.

We are deeply impressed with the journey these resilient survivors are on to become champions for their communities. We thank you for all of your support and encouragement along the way. 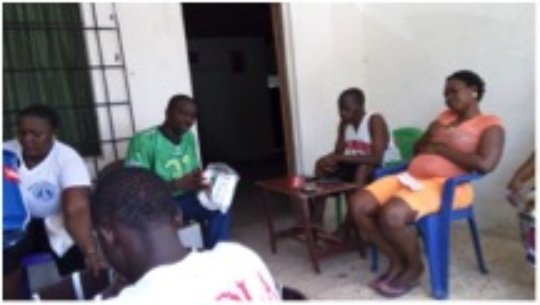 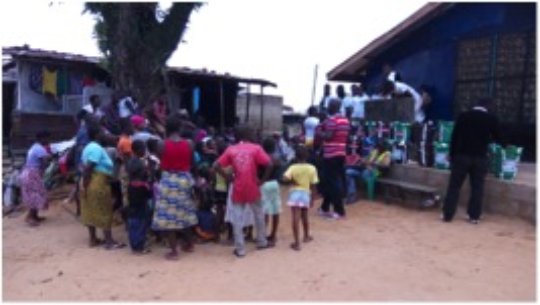 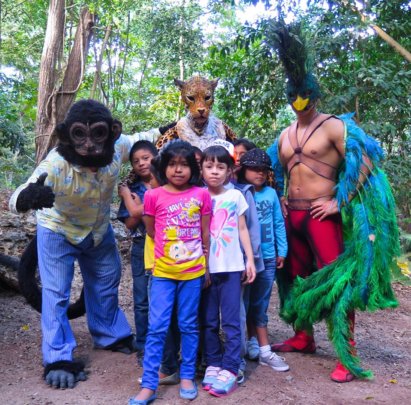 The next generation of guardians of the mist

Guardians of the Mist was recently featured in a short documentary on PCI Media Impact’s work in Mexico and South America.  Canada's CCTV America film crew was guided by our CEO Sean Southey on this visit to the cloud forest of Chiapas-- a great opportunity to share our unique approach to environmental conservation with CCTV's worldwide audience of 1.2 billion viewers in 100 countries.

The documentary focuses on the power of stories to promote change. It reveals how the Guardians of the Mist theater production in Mexico’s Zoomat, a partnership with FONCET (Fondo de Conservaciaon El Truinfo), a conservation organization based in Chiapas, engages community members in recognizing how vulnerable their environment is and the importance of protecting it.

“Entertainment-Education is a game changing strategy because of the wide reach of broadcast media linked to the power of a good story, well-told,” said Sean Southey.  He added, “people identify with positive characters and begin to see themselves in the light of new hope and possibilities.”

See for yourself how Guardians of the Mist is building young conservationists and capturing the imagination of community members of all ages in, "The Game Changer" --available at https://vimeo.com/162725410 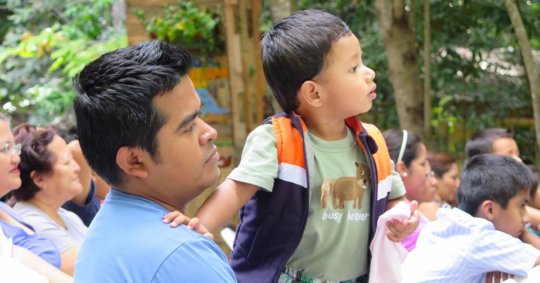 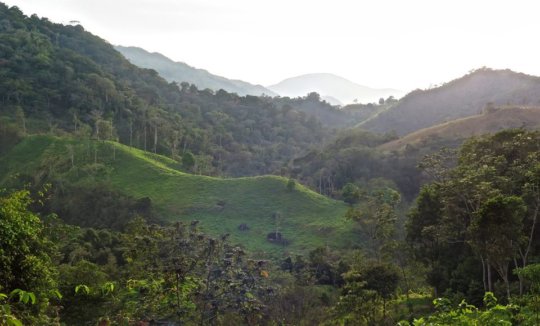 Chiapas cloud forest
‹ 1 ... 4 5 6 7 8 9 10 11 12 ›
WARNING: Javascript is currently disabled or is not available in your browser. GlobalGiving makes extensive use of Javascript and will not function properly with Javascript disabled. Please enable Javascript and refresh this page.