Our Goal Has Been Reached! 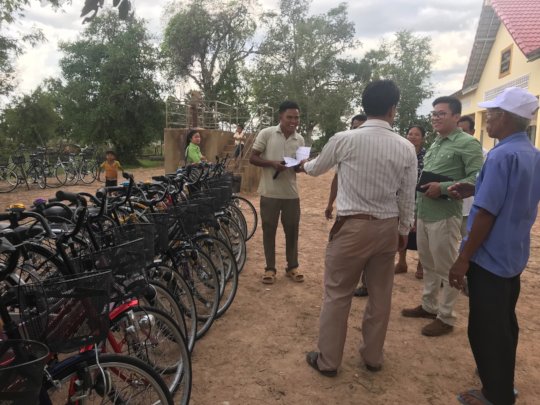 We are very excited to report that we have met our 2018 goal of 100 bicycles, due to the very generous contribution made by a long-term individual donor for another 50 bicycles. These bicycles will be disributed in the near future.

For 2019, Trailblazer's goal is to distribute another 100 bicycles to students in need. Each year Trailblazer works with government and education officials to learn the location of students in need of a bicycle. Students who are selected to receive a bicycle are identified by the government as poor, through a questionnaire process prepared by the Ministry of Planning. The questionnaire includes a number of poverty indicators, as follows:

You can see that there is quite a process involved in determining the students most in need of a bicycle. Often that bicycle is the only mode of transportation for the entire family.

We are also proud to report that the construction of two more primary schools are nearly complete. Trailblazer had not planned to construct a school in 2018, but due the very generous contributions of five donors, we initiated these two projects in February and May, respectively. Each school will be able to accommodate 480 students, for a total of 960 students. This will result in students who graduate each year to the secondary level of their education needing bicycles.

We can’t express enough how grateful we are to donors who help us reach our goals. More importantly, it is the generosity of those donors who impact the lives of students by giving them the means to continue their education, and further their families hope for a better life.

We hope you will consider helping us reach our goal of 100 bicycles for 2019! Thank you.

Water and Sanitation is Improving Lives 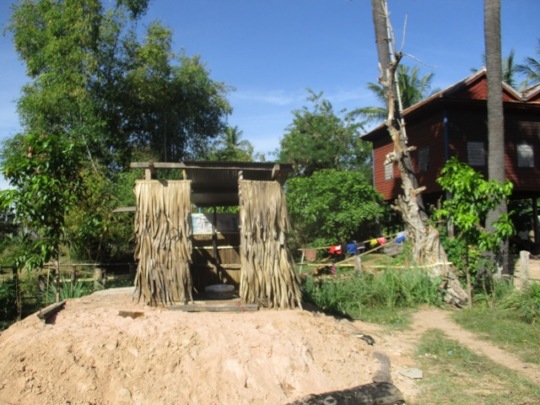 A more sanitary place to defecate

High incidences of diarrheal diseases alone account for one fifth of the deaths of children age five and under in Cambodia, and an estimated 10,000 overall deaths annually, largely owing to lack of sanitation and poor hygiene practices. Less than 1 in 3 Cambodians have access to latrines and hand washing facilities, one of the lowest rates in Southeast Asia. According to the World Health Organization diarrhea continues to be the second leading cause of death among children in East Asia. Creating clean environments for children averts threats to their health and supports the best chance at a prosperous life.

Nearly 70% of Cambodia’s rural population – roughly 6.4 million people – still practice open defecation as their principle sanitation option. Findings from a 2010 National Sanitation and Hygiene Survey show that only 31.8% of Cambodians use latrines, only 16.7% of Cambodians have a fixed hand washing place in their homes and only 62% of respondents reported practicing hand washing. Yet, the use of a toilet can decrease diarrheal deaths by 30% and hand washing with soap by more than 40%.

This makes Trailblazer’s work all the more important and impactful.  As of the end of September, 2018, to address these serious health issues,Trailblazer has:

As we draw near to the end of 2018, I hope you will take a moment to consider what difference it is you wish to continue to make in the lives of rural Cambodians. Your investment allows for you to be part of something bigger to help the world, and is truly making an impact. Donors like you are the backbone of the organization. We could not accomplish this vital work without your support.

We can’t express enough how much your continued investments have meant to us, and to the recipients whose lives have been changed for the better.

With our deepest gratitude. 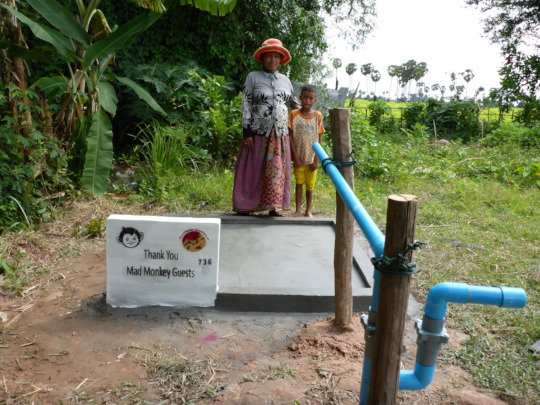 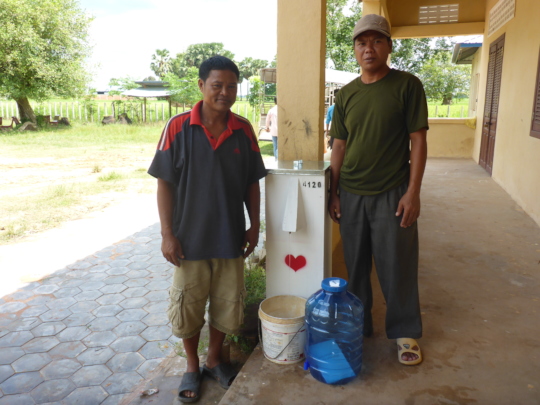 Thanks for your support in 2018

On behalf of Trailblazer Foundation and the Board of Directors, I want to express how grateful we are for your support of our work in rural Cambodia. Your selfless act of giving has made a powerful impact in developing ripples of sustainability through community water projects.

With your gifts in the first half of 2018, Trailblazer improved health conditions and directly benefitted:
Trailblazer also:
Pursuant to a recommendation made by a GlobalGiving In-the-Field representative after visiting Trailblazer's worksite in Siem Reap, Cambodia, we are consolidating the three health projects listed on our GlobalGiving project page. The products we provide our village partners through our Health Program [bio-sand water filters, wells and latrines] will now be listed together in one project - “Advancing Health and Hygiene in Rural Cambodia”.  We hope you will continue contributing to one or more of these health project options.

As a donor, we would like to include you in our email and/or mailing lists, so you can learn more about the impact of your support and other ways you can help by receiving updates and newsletters.  If you would like to be included in this list, please let us know by emailing us at info@thetrailblazerfoundation.org.  If at any time you wish to stop receiving these updates, please let us know or use the convenient opt-out option in our emails.

The best way to show how much your continued support means to us is to say THANK YOU!!!  Our success of providing improved health, food security, education, and economic growth is only made possible by the continued generosity of our supporters, like you.