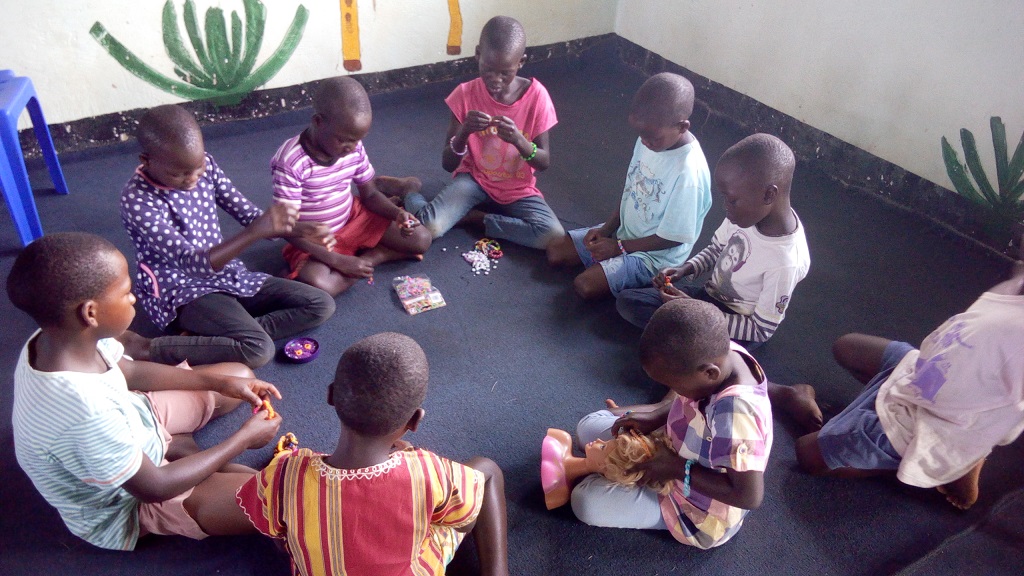 The Ewafe Project forms part of the 'Protecting' pillar of our Road to Recovery. This is a vital part of our plan and allows us to safeguard vulnerable children in Uganda and provide them a safe and loving home.

This quarter we have achieved: 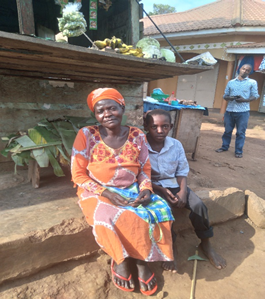 11 year old *Balondemu has been reintegrated with his grandmother

Brothers *Wansala (10) and *Najja (6) were living on the streets trying to find their parents when a Good Samaritan found them and handed them over to the police. The children were then placed at the Ewafe home in October last year. 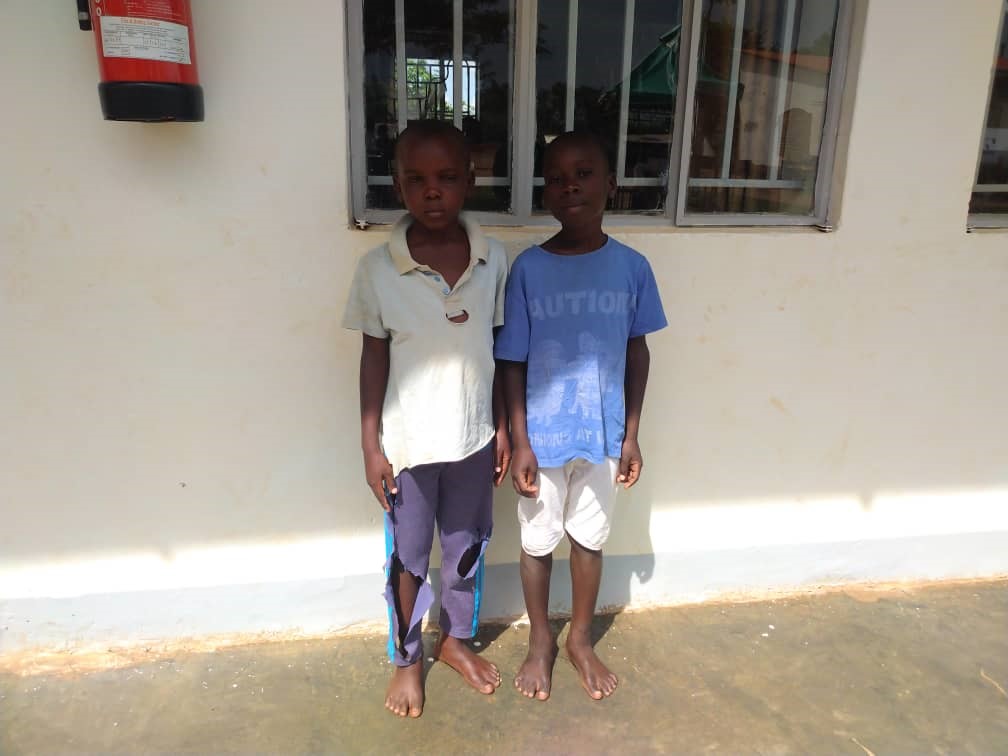 Wansala was able to relax into the Ewafe home quickly, helping with the little ones and participating in activities. However, due to his eye problem, Najja found it more difficult and isolated himself from the others. With the help of the Ewafe Project, Najja was able to receive life changing eye treatment and counselling which helped him get comfortable in his new environment. The remainder of his time in the home was spent enjoying activities with his friends and big brother.

The first attempt made in tracing Wansala and Najja’s family was done in the Bombo District. This was successful due to the help of village elders, who were able to provide our social workers with vital information enabling us to find the brother’s relatives.

The brother's were reunited with their family in January 2021. Wansala and Najja’s grandfather expressed his gratitude for the Ewafe Project and his joy upon seeing his grandsons: “thank you so much for the great work you do for the children because we had lost hope.” 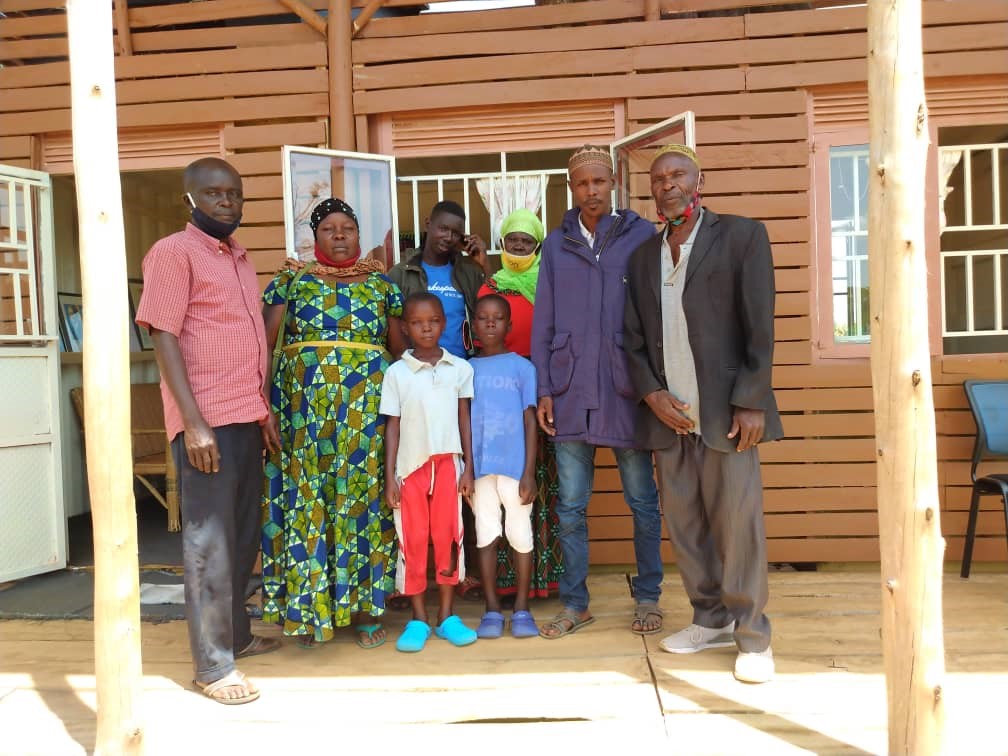 *Wansala and *Najja reunited with their family

Eddie* was 13 years old when he got lost on the streets of Kampala whilst trying to find his mothers’ home. His parents had parted ways a few years before, and he wanted to go and stay with his Mum. He walked from his Father’s village into Kampala, thinking he could find his Mum’s house, but he got lost and didn’t have a phone or any money and couldn’t remember where his Mum lived. 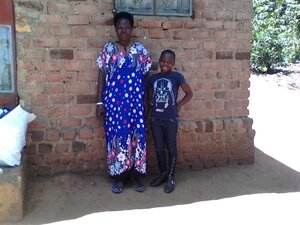 Eddie was found living on the streets and referred to the Ewafe Project. He told our social workers that he had been sleeping outside for two days, but his appearance and health suggested that it was much longer than this - potentially months. Eddie was taken to the doctor, and given new clothes, a warm bed, good food and a safe place to stay at the Ewafe Project. Social workers worked with him to discover his story.

Eddie couldn’t remember where his mother lived, but he knew his parent’s names and the village where his father lived. After speaking to police stations, social services and local leaders in the community, our social workers eventually found Eddie’s dad.

Tragically, Eddie’s father thought that Eddie knew where his mother lived, and assumed that Eddie was capable of finding his way. Through Eddie’s dad, our social workers made contact with Eddie’s mother, who also had no idea that Eddie had been on the streets, looking for her home.

Eddie’s mum had tried to check in with Eddie, but Eddie’s dad’s number had been disconnected.

After four months at the Ewafe Project, Eddie was finally reintegrated with his mother and two younger sisters. His mum was delighted to have him home and grateful that the Ewafe Project was able to look after him in his time of need.

In many cases, children find themselves all alone in Kampala because of poverty or even miscommunication. Often young children or teenagers are assumed to be able to take care of themselves before they are equipped to do so and this can mean that many children lose contact with their families completely. Without the Ewafe Project, Eddie may still be living on the streets, he could be involved in gang violence or vulnerable to abuse. Thanks to Kids Club Kampala he is now safe with his mother where he wants to be.

There are estimated to be over 40,000 children currently in institutional care in Uganda. This is the story of just one.

In March 2020, Kids Club Kampala had to make some pretty big changes to accommodate for the curve-ball that was COVID-19.

Alongside the schools in Uganda, our Encouraging Education project, women’s projects, and carpentry projects all had to be put on hold and we started running our food banks which has so far served over 1.5 million food parcels to over 32,000 families.

However, February 2021 is bringing big changes in Uganda, with schools reopening for all students as of the 25th January after, for many children, a 10-month gap from education. 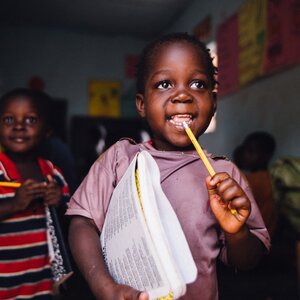 For us, this means that we can finally restart our Encouraging Education project. Encouraging Education allows children, who would otherwise have no access to education, to have the opportunity to learn through taking part in free education classes. We won’t be able to run the project at its pre-COVID capacity, and will prioritise according to age (3-6 years), and those who have not taken part in the program previously. A needs assessment will also help us to make sure we are providing education for those who need it most. For children who cannot attend the project, we are still delivering home education packs put together by our teachers.

For the first time since March for the majority of our sponsored school children, they will be back in the classroom. All students will be going back to school over the next week, which our students are delighted about. 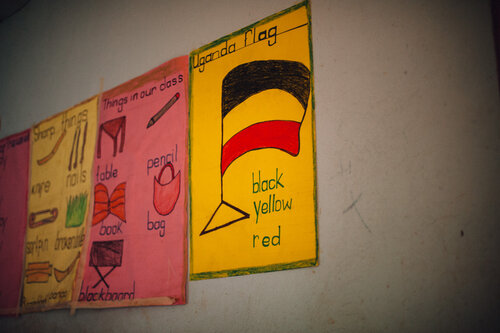 We are also able to get our women’s projects back underway this month, and our first tailoring course of 2021 has already resumed. We have 36 women enrolled in the first course which will run for 4 months, followed by two more courses throughout 2021. Empowering women and achieving gender equality is vital to breaking the cycle of poverty, and our women’s initiatives aim to provide a ‘hand-up’ to women living in poverty in the slums of Kampala.

Our carpentry project has also resumed, and will run for 6 months. This project helps give disadvantaged men and teenage boys in Kampala’s slums the opportunity to learn and practice a new trade, with the aim of seeing a reduction in unemployment, violent crime and drug and alcohol abuse.
Our food banks are also still running across the slums, and our team have built an incredible network of support for the most vulnerable in the communities across the slums, delivering food twice a week to those who need it.