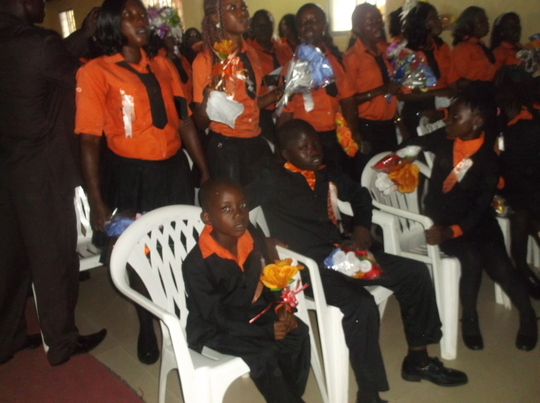 The Carolyn A. Miller High School yesterday had it 4th graduation, graduating 40 students from high school. This was an amazing occasion, there many parents drumming, dancing and glorifying God and appreciating the school management and all those who stand in supporting this vision. Yes, have a reason to thank God and all those have made possible for children to acquire high school education. The school yes started in September 2012 and ended July 2013. The school enrolment this gone school 600 students from K-II to 12th grade, and we grateful that we had a successful school year again. The kids at the Carolyn A. Miller School had the opportunity to interact students of the Laurence High School in California, and this was very interesting in that the two schools were able to exchanged Pen Pal letters as well as autobiography. It has really been a great experience for our students to be able learn about other kids and as well as culture. The family of Laurence high school is so impress by this interaction and hoping that is can cover the whole students' community.

We want to say a special thanks to the GlobalGiving family and all of our supporters, donors and friends who are making all of the sacrifices with their resources to support this project and playing a major role in the reconstruction of Liberia. It was very difficult for donations coming for the past school year but we want to remain grateful to all those who have remained committed to supporting this project. We also want to encourage all those who have stop supporting this project to please recommit themselves to this noble work have all started and we will all someday appreciate the work of our hands. We appreciate your kindness and we want you to understand that without your resources we cannot have a successful project, free education and feeding program for these less fortunate kids in our world. We will highly appreciate your suggestions, ideas and total involvement in this project since you are a major partner. In remembrance of all the gifts we have received last academic school year, on behalf of our students, staff and the entire institution, we want to say thank you for your involvement by supporting this cause and this organization. Thank you for investing in the future of needy and the vulnerable kids of Liberia and Africa.

The kids enjoy free and quality education because of your tireless efforts. Without your support there can be no free school for the kids. We have set a goal to help support these kids in their struggle for their education and a brighter future and with all of the promises we have made, it is rested on your supports and donations. We therefore need your help! You are very special because you are making a difference. Without you, this project could not exist; therefore you are so exceptional to the future of these kids and to all of us. We are also asking each of you could if you could commit to recurring donation this 2012/2013 school year, which will be highly appreciated. As much as the financial aspect of this project is very important to us; we also take into consideration your ideas, your participation as well as your total involvement. Please feel free to contact us with your ideas, questions and feel as major a player of this noble project so that you can know how your resources have really been managed. We also need you for decision making since you are a shareholder in this project. The survival of this project is 100% dependent on you. Without your donation we will have no means to run a free school for these kids. Our rent for 2012/2013 school year expire on October 31, 2013 and we will need to pay another $2700.00 as a rent for the next academic year we are therefore asking you again to kindly help us have this settle. If we are unable to settle this by September 1, 2012 we will not be allow to run school in this building. The two acres of land purchased for the school last year is still here and the design has been finally developed in the US by Joe Morris in California and very soon we will be sending the copy of the project interested people can be a help to this project the total project cost is $250,000.00 and we are hoping to get the support to enable us have it develop to those kids who are in need. Thank you so much for supporting us and your commitment to this project to the Liberian kids. We highly appreciate all of kindness and the love you continue to show. We want to say thank you, and you are good team players, as you keep us in your loving heart. We want to hear from your views and ideas as we build a team and a network with VAAFD and Carolyn A. Miller School in helping the poor kids of Liberia. 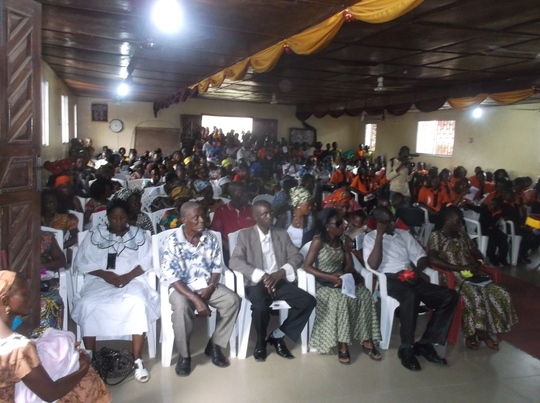 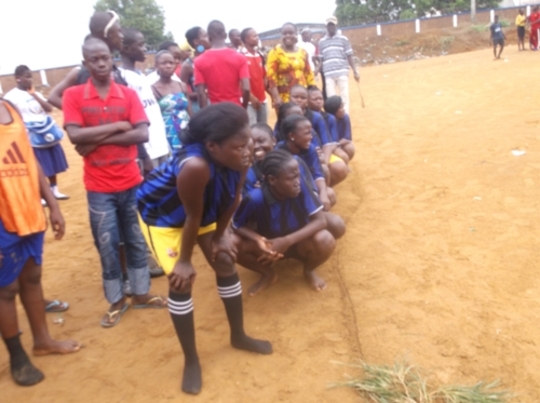 Once again it was an interesting sporting event at the Carolyn A. Miller High School this activity was organized by the sport director Mr. Sylvester Walatee as part of school year Calendar. This was one of interesting event that kids really enjoyed. There were nine classes participating this activity which included 4th and up to 12th every classes drew their and the games was really interesting in the elementary section could win a match. Sylvester said that he has prepared the team but not limiting to a particular but almost all of the section of the school is capable playing any outside team and win. The grade 4th girls were determine to win the girls games trophy and they came so closed by winning grade 8th but they were little defeated by grade 9th girls. Baseball is a special sport created in Liberia called but not the American type of baseball. The Liberia baseball one has to kick the ball and run on the base almost like the American one.  There was only one trophy for each sex and only the best team could win each of these trophies.  Due to the important Sylvester attached to this activity, the whole community was there to watch the kids of Carolyn A. Miller High School.  The girls 5th girls also defeated the 11th grade girls. But the trophy was won by grade 7th girls after they defeated grade 11th.  Grade 9th and 11th met in the final of the soccer match, and grade 9th   was defeated by grade 11th. So, our champ for the year is 11th grade in soccer. All the games ended successfully and there was no report of any student getting hurt peaceful and the students really enjoyed.  With all the activities going on the school is still a great need of support and we want say thank you very much for the support you have given over the years and still need your support with you we cannot have a successful school for the kids. 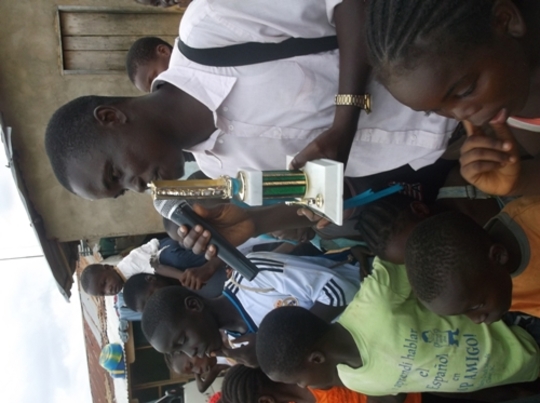 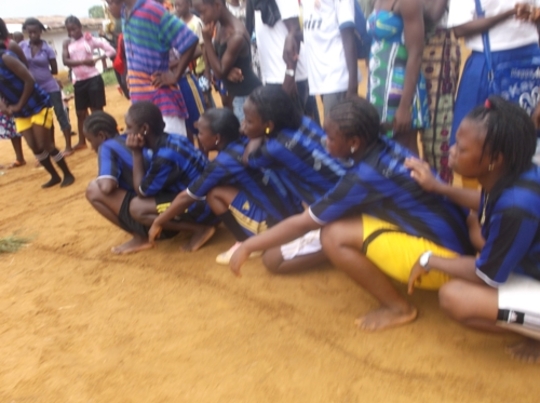 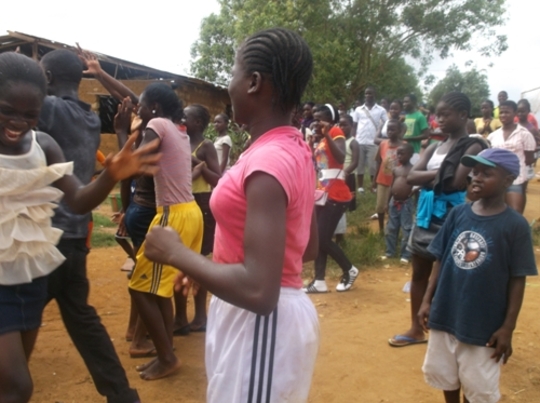 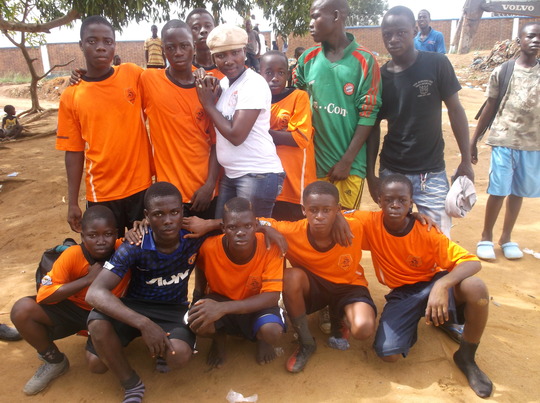 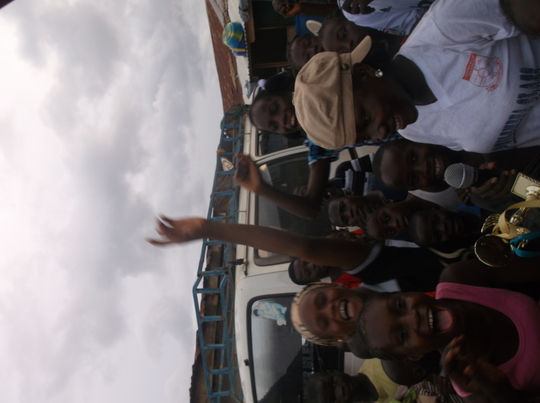 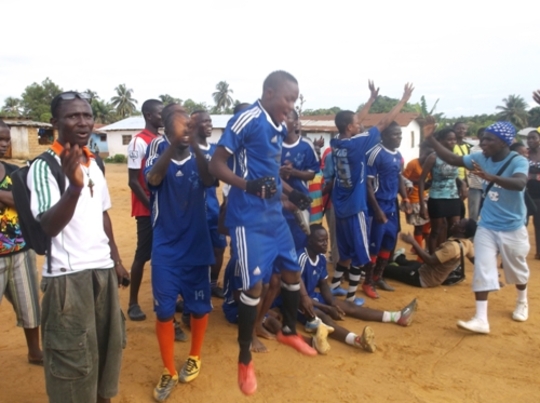 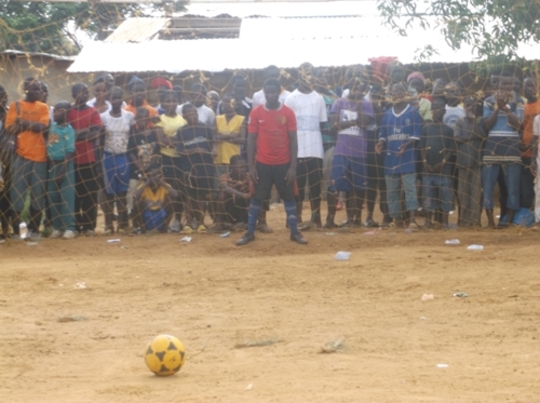 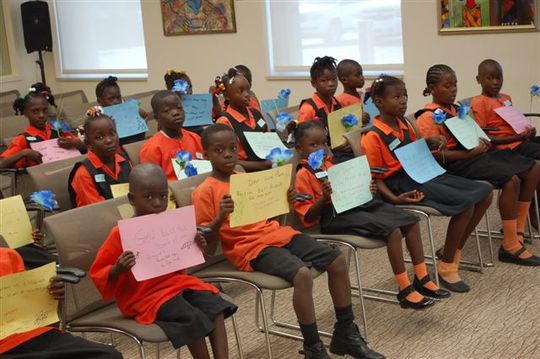 Indeed it was a painful death that those kids when through in Connecticut. Those that were killed could have been the next world leaders, inventors, medical doctors and scientists but the evil one did not allow them to grow and achieve their potentials. We as Liberian understand and know how painful it is to kill someone with gun especially kids. We went through it for 14 years so we know the pain and grieve. Been that we have had strong tie with the state of Connecticut, we the Carolyn A. Miller School family identified with the people of Connecticut and the people of America. Twenty (20) school kids were chosen from the Carolyn A. Miller School in Monrovia to mention the names and lay a flower to of the kids that were killed in NewTown Connecticut USA. And after that each child shook the hand of the US ambassador. The students and teachers of the Carolyn A. Miller School were received by the United States Ambassador at the US Embassy in Monrovia who gave a very short speech.

This Condolences Program held at the USA Embassy in Monrovia for the untimely death of students and teachers in Newtown, Connecticut. Organized by NewSight Eye Center ( Robert F. Dolo) & The Carolyn A. Miller School ( Karrus Hayes). The program lasted for 30 minutes and this is how the names of kids were arranged below. Student Francess Komoyan gave a speech on behalf of the students and Philemana Tolbert gave a speech on behalf of the school. Please work to safe the kids of this world from danger.

This is because of our specially relationship with the people of Newtown, Connecticut Karen King, Rotary Club of Newtown and Unit For Sight.

The people of Newtown are now family to us in Liberia through the Carolyn A. Millar & New Sight Eye Center.

This relationship goes back as far as 2007 when we were in exile Accra, Ghana. Individuals in New Town have been very supportive to Liberians. They have been the back bone to all our establishments both during the time of exile and in Liberia. To name few:

In View of this strong tide between the two communities, we believe it will be convenient to symbolically express our deepest regret and sympathy in this manner to let our brothers and sisters in Connecticut and the United States of America to know that we share their sorrow. We also like to join our President Mama Ellen Johnson Sirleaf in expressing condolences to the Government and people of the United States of America. We strongly condemned such horrible act and join the many calls to tighten the measures on arm control to prevent recurrence. Indeed, out children are the future generation and such an untimely dead will put fear in teachers and students.

We want to appreciate the globalgiving family and all donors for their continuous support and we want to say that without you we can never continue this project.  There is a great need toward the school having now own building. We received some money from one of our special donor and we working to have this project get stated. You can donate to build a class room that you name can printed on as your contribution.  Thank you so much for your support and ask that you please continue this work  and relationship you have built over the year. 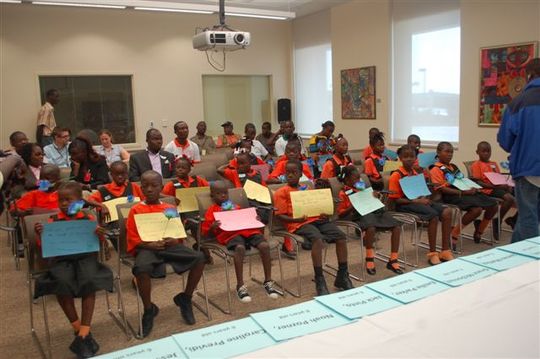 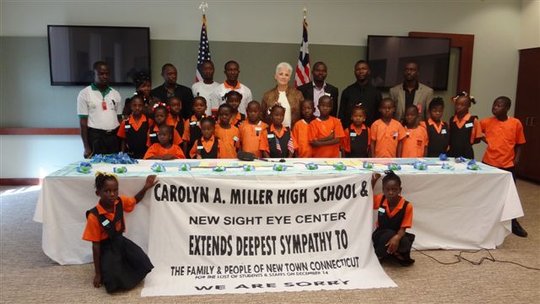 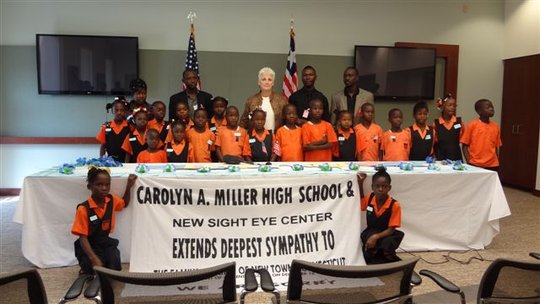 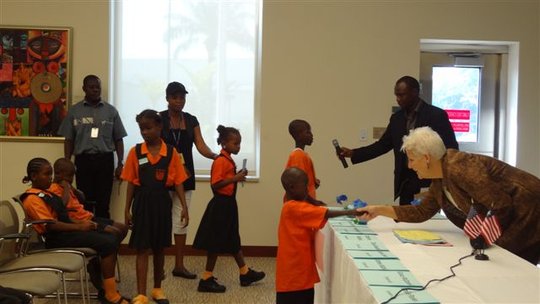