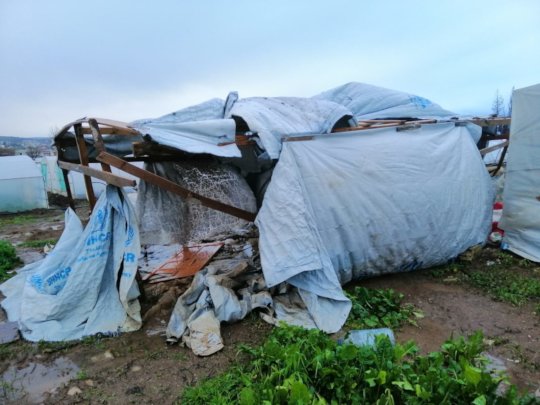 Temporary shelters struggling in the storms

Lebanon is currently experiencing its harshest winter in years. It comes at a time when many refugees are falling deeper into debt and have been forced to move from houses and apartments into sub-standard housing such as garages, dilapidated buildings and tents. According to a recent UN report, 34% of Syrian refugees are now living in non-residential and non-permanent structures, up from 26% in 2017. These homes are in no condition to withstand harsh winter conditions and families have been left devastated by the onslaught of two successive storms. Many homes have been badly hit by flooding. Concern has been working hard to help repair damage and provide emergency supplies to affected households.

Following the wreckage of storm ‘Norma’, which hit Lebanon on January 6, Syrian refugee families were frantically trying to repair their damaged homes and clear them of freezing flood waters before the arrival of the second storm. Our teams got to work distributing shelter repair materials, hygiene kits and blankets as well as undertaking emergency desludging of septic tanks. They supplied pipe materials to help drain freezing flood waters from family homes and have repaired damage to vital infrastructure such as water supply pipes and latrines.

Prepositioned stocks were put in place before the arrival of storm ‘Miriam’ to help ensure a fast and effective response to the second onslaught. As families hoped for the best, they were prepared for the worst.

Following the damage brought by that second storm, our teams have continued to distribute repair kits and other vital items as well as supporting the desludging of homes in over 18 settlements.

Thanks in part to your support, we have supported over 2,000 Syrians across 47 settlements and will continue to respond to families' urgent needs. 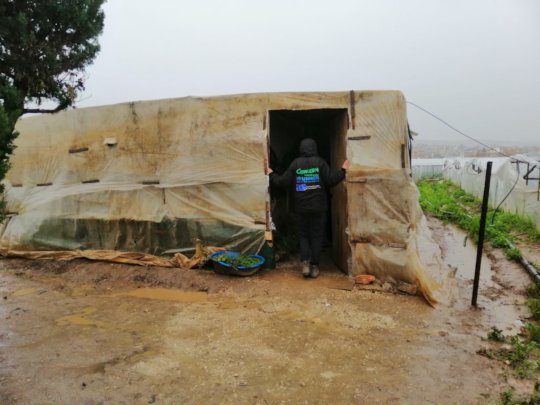 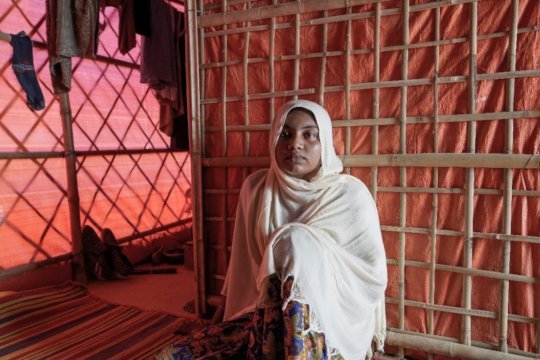 The Rohingya continue to live in makeshift refugee camps in Cox’s Bazar, Bangladesh. Although they have made it through the monsoon season, the danger has not yet passed, and many people still call these camps home.

Lukia* (18) grew up in the Jalipara region of Rakhine State with her three sisters and brother. Her father was a fisherman, who provided for her whole family. They had no land or livestock but lived peacefully and could even afford to eat meat two or three times a month. She married just one week before the conflict broke out.

Lukia was not inside her family home when it was attacked by the Myanmar army, who used a rocket launcher to set it on fire. Her parents, brother and husband sadly were inside, and died instantly. Lukia managed to escape her village without capture and spent two days walking to safety with her neighbours, who also suffered loss at the hands of the Myanmar army.

After they arrived at a river, they hoped to get a boat to safety, but Lukia was denied access, since she had no money to pay the boatmen. At this point, Lukia hadn't eaten for two days and had no choice but to stay and wait in a tent with strangers for almost two weeks.

During this time, Lukia managed to send information on her whereabouts to her eldest sister, who had already fled to safety in Bangladesh. It didn’t take long for her sister and nephew to reach the border and bring her with them by boat. Despite this, Lukia still feared the Myanmar army would capture her. Those fears didn’t subside until she finally reached the refugee camp safely.

Upon arrival, Lukia was given mats, blankets, soap and a water container from Concern Worldwide. Although Lukia feels safe in the camp, she’s not allowed to work, so she receives no income. She only eats rice, daal and, on occasion, dried fish. She dreams of returning home to Myanmar when the bitter conflict ends. Until then, she is grateful for the safety and care that she is provided in the camp.

Thanks in part to your support, women like Lukia can begin the process of rebuilding their lives in relative safety and comfort. 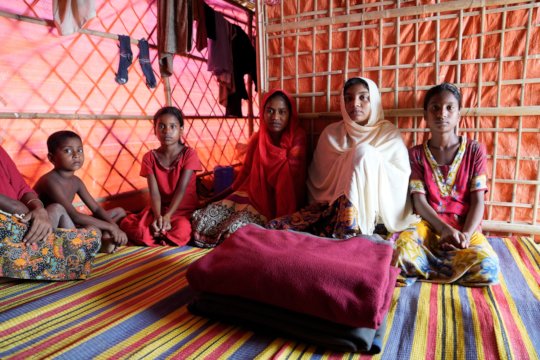 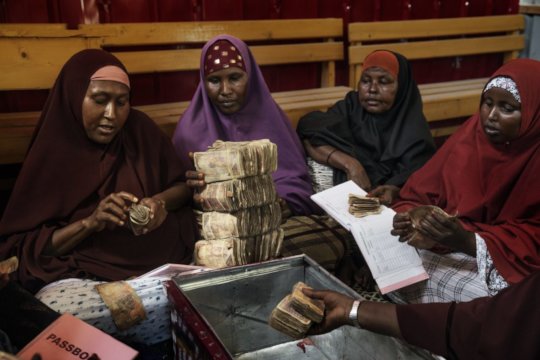 A woman's self-help group in Somalia.

In many of our contexts where food crises are common, but where markets are still functioning, we implement unconditional cash transfer programming in order to allow people to directly purchase food and other necessary goods. The traditional image of aid may be crates of supplies being shipped by land, air, and sea into countries in crisis, but for more than a decade Concern Worldwide has been helping to change the paradigm.

In 2017, we distributed almost $35 million worth of cash. And we’re not alone – it’s becoming more and more common in humanitarian efforts worldwide. Why? Because it works.

One of the great advantages of cash is that it does not need to be distributed in physical form. Concern uses many different forms of cash depending on the logistical and economic realities in each country. One form of cash-based assistance used quite often in East Africa is mobile money transfer, where participants receive funds via their mobile phones.

THE POWER OF CASH

Concern has found that under the right conditions, cash-based assistance has more positive outcomes for recipients than traditional assistance. And of course, the more efficiently we can deliver aid, the better — because it means we can reach more people who desperately need our help.

In part thanks to you, last year 1,130,808 people in 20 countries directly benefited from Concern’s cash-based assistance… and that number is set to rise in the year ahead. As simple as it might seem, cash is a powerful agent of change that will continue to transform the way we provide aid to vulnerable people in the future.

‹ 1 ... 6 7 8 9 10 11 12 13 ... 23 ›
WARNING: Javascript is currently disabled or is not available in your browser. GlobalGiving makes extensive use of Javascript and will not function properly with Javascript disabled. Please enable Javascript and refresh this page.