Continuing Crisis in the Horn 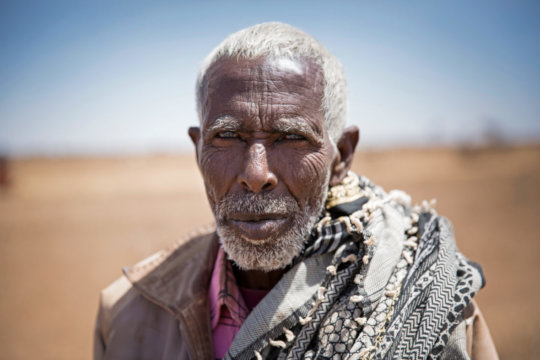 Ongoing drought in the Horn of Africa has left 12 million people severely insecure and over 785,000 children severely malnourished across Ethiopia, Somalia, Kenya, and Uganda. The United Nations Office for the Coordination of Humanitarian Affairs (UNOCHA) expects these numbers to continue rising due to consecutive “poor” seasons that have destroyed livelihoods. 5.9 million people are internally displaced, 1.8 million of whom have been displaced due to drought. The crisis has also created 2.7 million refugees.

How did it get so bad?

While conflict does play a part in many of the countries involved in this crisis (especially, in recent years, Somalia), the greater issue that has exacerbated the Horn of Africa is weather. Year over year, rains continue to fall short of expectations with 2019 being one of the driest rainy seasons on record in over 35 years. In Ethiopia, the 2019 drought comes on top of prolonged drought in 2016 and 2017 — one that many communities are still struggling to recover from. With little water for crops and herds, livelihoods and food security are the next dominoes to fall.

How Concern is helping

We’ve spent 46 years in Ethiopia and are familiar with its weather-related shocks — the effects of which impact over 80% of the rural population. Our country programs have impacted 573,000 people directly and over 1.8 million people indirectly in six regions of the country and in the capital city of Addis Ababa. In 2017, we launched a 5-year integrated program targeting over 52,000 people to help more than 5,00 of the poorest households to “graduate” from poverty. We also scaled up our humanitarian response to being operational in 34 of the most affected districts across 6 different regions in 2018, helping with emergency nutrition services while also ensuring access to potable water, sanitation, and non-food items such as shelter and cooking equipment.

Our emergency team in Somalia (where we’ve worked for 33 years) provides a multi-sector response to drought, flood and displacement-affected households across the country. A key pillar of our response is unconditional cash transfers delivered through mobile phones, which enable families to quickly receive money to buy what they most need from local markets to meet basic needs such as food and healthcare. Much of our programming is also focused on finding durable solutions for communities that have been affected by displacement, often multiple times.

In Somaliland, drought drove 78-year old Ibraahin and his flock of 200 goats and sheep to search for food and water on foot. After nearly 400 miles, Ibraahin lost more than half of his livestock and found nothing but dust. The father of 7 told Concern that the ongoing drought in the Horn of Africa, which has driven hundreds of thousands of farming and herding families from their homes in search of food and water, is the worst he has ever seen. Increased numbers of displaced populations also create a ripple effect of other issues, ranging from overcrowding to gender-based violence.

With your continued support, Concern can make a lasting improvement in the lives of people like Ibraahin. Thank you.

Back to school: challenges for Syrian children 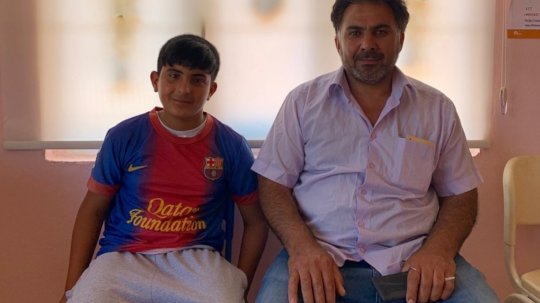 As children in the US and elsewhere have been returning to school over the last few weeks, getting access to education continues to be a challenge for thousands of Syrian children living in Turkey.

Amid the upheaval of conflict, it is often children who feel the greatest impact. Forced from their homes and living in strange and uncertain surroundings, the day-to-day realities of life are left behind and this often includes access to education.

Rather than attending school and building a positive future, children are frequently left with no choice but to work to help support their families – a decision that can have repercussions for the rest of their lives.

This was the case for 14-year-old Fadi, whose family moved to southeast Turkey to escape the ongoing violence in Syria. With his family suffering from ongoing financial difficulties, he began to work with father Hassan in a bakery for up to seven hours a day but he secretly dreamt of returning to school to learn and play with his friends.

“I didn’t like working that much, I wanted to go to school,” said Fadi. His father Hassan worried about how he and his family were going to make ends meet, and he believed that children should work as soon as they were old enough. But when he enrolled Fadi in a psychosocial support program operated by Concern, one of the facilitators pointed out the importance of education for the young teenager.

“For us, we have always believed that a child can work as soon as he’s big enough. We weren’t thinking of how the child feels,” said Hassan.

Hassan himself also enrolled in a Caregivers Engagement program, a project funded by generous donors such as European Civil Protection and Humanitarian Aid Operations (ECHO) and run by Concern, to address the reasons why up to 40% of Syrian children in Turkey are not attending school.

These reasons can include everything from the need for children to work and support family income, low literacy rates and missed years of education, fear or lack of interest in school and an absence of school transportation services.

As part of the Caregivers course, Syrian families come together to share experiences and discuss how to support their children's development, wellbeing and learning. It has had a huge effect on Hassan and his family, with the father-of-seven revealing that it changed his relationship with his children for the better.

“To be honest, I thought the sessions were going to be empty time, you know. I wanted to work and earn money instead. But the opposite was true, I benefited a lot.”

He continued, “I did change my behavior with my children because of the course. When one of them was upset or uncomfortable, I talked to him instead of hitting or shouting, or telling him to go away. You have to understand why he is feeling or acting this way. They are comfortable with me, they feel close to me and come to sit beside me because they are not afraid and they feel I understand them. I take time with them.”

Fadi is now excelling in his studies at a Turkish public school, where he says his favorite subjects are math and art. He now dreams of becoming a teacher and Hassan is hugely proud of his progress.

“He has Syrian and Turkish friends, and his Turkish language is excellent - he can even write. I attend all the meetings and events at school, and I talk with his teachers to see how he is doing.”

He concluded, “I swear, education is the most important thing. All parents should care about the education of their children. I am not educated. I only reached sixth grade… I can’t read or write so I didn’t have this idea in the past. But seeing my child learning, it’s another world.”

Thanks to the extremely generous support of individuals like you, Concern can continue to transform attitudes, and change the course of young lives. Thank you. 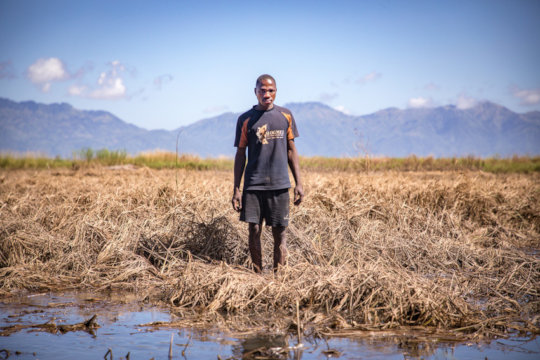