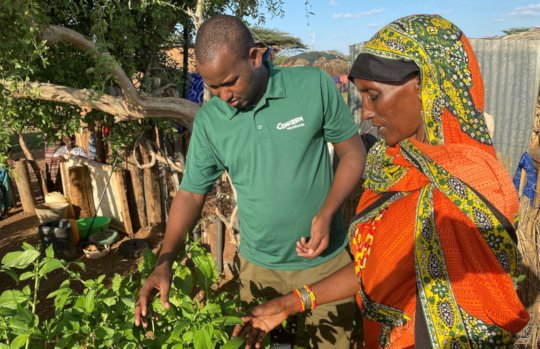 According to a recent World Bank study, 65% of the world’s adult workforce living below the poverty line rely on agriculture, leaving them particularly susceptible to the harmful impacts of climate change: reduced access to food, lower food quality, harmed livestock, and more.

But these effects are not universally felt around the world, depending on a country or region’s natural climate and how the local population engages in agriculture.

Marsabit County, Kenya, is one such place that has been largely affected by climate change. The region has semi-arid land and unreliable seasonal rainfall that offer little opportunity for anything but survival. Lately, even that has become difficult — with persistent drought being the biggest challenge.

80% of Kenya is agriculturally unproductive. This leaves the grazing of livestock across large tracts of ‘rangeland’ as the only real livelihood available to those who live there. In Marsabit county in the north, at least 80% of the population depend on livestock, mostly sheep and goats. The local breeds are hardy, but their market value is low.

With funding support from the US Government and generous donors like you, Concern has been working with pastoralists in Marsabit to come up with effective solutions to a now persistent and life-threatening problem.

The Small African goat that’s popular in the region grows slowly and only has moderate milk production. To boost the stock, Concern introduced Somali Galla buck goats, which are more substantial and more productive, to breed those characteristics into the local herd. This means more milk and a better market price for the families of Marsabit.

Although climate change has left the land in places like Marsabit unsuitable for large-scale crop farming, there is an alternative: home vegetable gardens. The Concern team trains local people, mostly women, in simple methods of shade and moisture conservation to make the most of sack planters and small plots at home. Tomatoes, spinach, and kale provide vital nutrients for the whole household and protect young children and pregnant women against malnutrition.

The climate shocks in Kenya are taking a toll on the pastoral landscape, killing essential grass. Herders must range further to find sufficient food for their animals, putting them under stress and often leading to disputes. In an effort to rehabilitate the rangelands, Concern supported the purchase of tools for bush clearance and protective fencing, and communities have been experimenting with new drought-resistant and salt-tolerant grass seed types.

The Concern team has been restoring water supplies across Marsabit, installing solar pumps and raising pipes off the ground to prevent corrosion. This means pastoralists won’t have to travel large distances with their herds. It also means there’s a regular supply available for drinking and irrigating home vegetable gardens.

For the families of Northern Kenya, these solutions work together to provide a lifeline. Concern is grateful to the diverse community of donors that make projects to address long-term food security possible, while also allowing us to stay flexible in the face of sudden food shortages and famines. Thank you for being a part of that community.

Syrian's Reflections on a Lost Decade 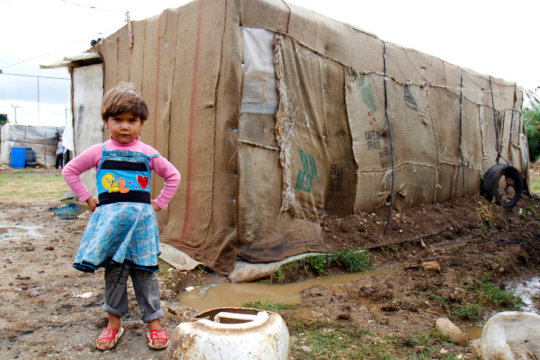 This year marks the tenth anniversary of a crisis in Syria brought on by conflict, mass displacement, civilian casualties, the destruction of infrastructure, and other violations of international humanitarian and human rights laws. While many Syrians wish to return home, the road to getting there is less certain in 2021 than it was at the beginning of the crisis.

Estimates in 2021 indicate that 13.4 million people still living in Syria are in need of humanitarian assistance. An additional 5.5 million Syrian refugees are living in host communities, the majority of which are in neighboring countries such as Turkey, Lebanon, Jordan, Iraq, and Egypt.

Here are some experiences of Syrian refugees from over the last decade, in their own words:

Fatima*, 2018: “I thought we’d be here for just a month. I miss everything. Living in Syria was bounteous. I liked living near my parents and brothers and sisters."

Concern staff spoke to the mother of four in her makeshift home in an informal tented settlement (ITS) in northern Lebanon. After four failed attempts to escape the violence surrounding their village, they were successful.

But refuge came at a cost: as of 2018, her husband and parents were still in their village. In Lebanon, Fatima has struggled to pay rent on a shelter that is in disrepair, with broken boards, infestations of cockroaches, limited water, and winters that are brutal and bitter. Unable to afford the tuition prices, her children remained at home, out of school and with little to do but wait.

Habib*, 2013: “Put yourself in my position: It was because of my family that I came here…In Syria, I was everything…Here, I am nothing.”

When we spoke to Habib, a father of ten, and Sara in 2013, they were neighbors in Lebanon in the basement of an unfinished concrete building with no running water and intermittent electricity. Nearly one in four people living in Lebanon is now a Syrian refugee and while the generosity shown by host communities has been amazing, it is being seriously stretched. The ongoing consequences of the pandemic, Lebanon’s own deepening economic crisis, and last summer’s explosion in Beirut have disproportionately affected these populations.

Many refugees living abroad are unable to find steady work, which has made living conditions like Habib’s the norm rather than the exception for the last decade.

Samer*, 2013: “I won’t go back to school. I have lost my will now after missing it for two years…For my generation and me, the future is not clear.”

Samer was only 14 when the conflict started and he was deprived of one his basic human rights: an education. Most Syrians under the age of 18 have grown up with a normalization of conflict, volatility, poverty, and displacement that will impact them for the rest of their lives.

Ahmed*, 2018: “It is so difficult for a person accustomed to the culture and society where I was living to just leave everything and get out…But it was like something imposed on us…I wish I had met you in Syria when we had a normal life there. You would come to Syria as tourists and have fun there, and I would host you at my house.”

Concern spoke with Ahmed from a tent he shared with his family. For nearly 20 million Syrians, the last decade has effectively been lost. The stress of living in this situation is almost unimaginable, but there really is no alternative. Still, Ahmed like many of his compatriots, also maintain hope for a better future and an ingrained sense of Syrian hospitality.

While these interviews present insight into the individual stories Concern teams have witnessed and heard over the course of the Syrian conflict, the devastating truth is that they all sound remarkably similar. This underscores the lack of progress on the part of the international community to work towards a lasting peaceful solution and a safe path for those who wish to return.

With help from supporters like you, Concern has been meeting the emergency needs of Syrian refugees – usually in as little as two days for assessment and distribution – and helping them build long-term resilience. From blankets, shelter kits, and food vouchers to gender-based violence prevention, education access, and rehabilitating water systems, Concern programs strive to support refugees holistically. Thank you for making this essential work possible.

*All names changed for security purposes. 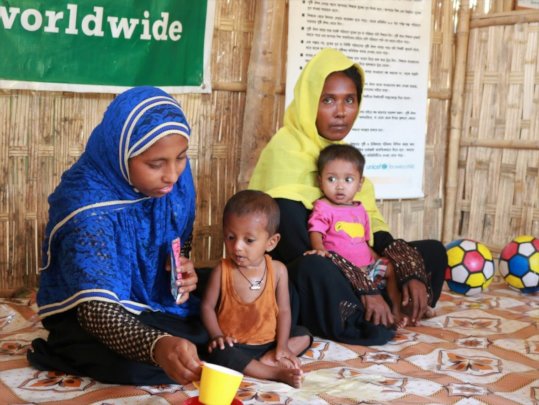 The world is currently dealing with the largest refugee population on record, with more than 25 million people uprooted from their homes and living abroad in host communities. Of this 25 million, 11 million are children. This number has doubled over the last 10 years.

Over half of the 1,000,000 Rohingya refugees who fled Myanmar for safety in Bangladesh are children. While refugees of all ages face risks, children experience a unique set of challenges. Here are five:

What Concern is Doing to Help Rohingya Refugee Children

Children are at the center of all areas of Concern’s work. We’ve been supporting children at the world’s largest refugee camp in Cox’s Bazar, Bangladesh, by focusing on maternal and child health and helping expecting and new mothers in the Rohingya refugee community get the care they need and learn how to care for their newborns.

We’ve also made sure that refugee children are fed and nourished. In 2018 alone, we held monthly nutrition screenings for nearly 50,000 Rohingya children, admitting over 6,100 children to outpatient clinics where we supported them with a combination of community care and therapeutic food, and seeing a cure rate of 97%.

Our work supporting Rohingya refugee children would not be possible without the support of people like you. Thank you for joining us in our mission to create lasting change for the world’s most vulnerable people.