Sharing experiences from a decade of the La Oroya 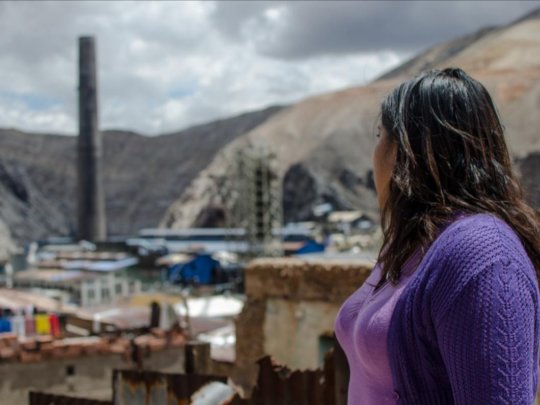 In September, we hosted a webinar discussing Peru’s new comprehensive policy for people affected by heavy metals, in which we focused on the case of La Oroya. One hundred twenty-nine people registered for the webinar, which was broadcasted and open to the public.

We brought together panelists from partner organizations and members of affected communities to present from different perspectives the experiences, challenges, and lessons they’ve learned in the decade since the Inter-American Commission on Human Rights (IACHR) admitted the case.

Our objective was to contribute to national debate on the need for a comprehensive public policy for people vulnerable to or affected by heavy metal poisoning due to extractive industries. We believe the nation needs an institutional apparatus that effectively implements said policy as part of Peru's compliance with its international human rights obligations.

The webinar served as a platform for the community members and local organizations AIDA accompanies to share what these ten years of the case have represented for them: the struggles and the victories.

We also asked them to look ahead to what’s needed to ensure that future generations are no longer affected by heavy metal pollution in Peru.

Our attorneys are currently following up with the Peruvian Heavy Metal Intervention Directive on the request for an Intersectorial Commission of high government entities, to bring attention to the situation of the thousands of people affected by heavy metal poisoning in the country.

Empowering fishermen to save our coral reefs 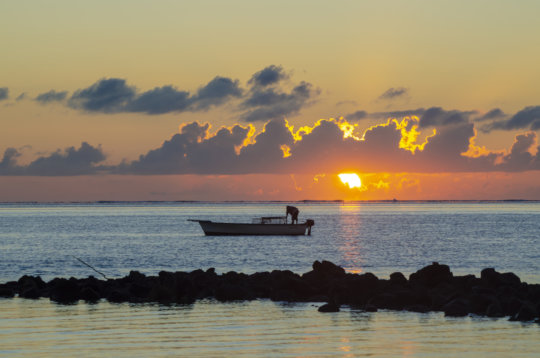 Remembering his childhood, Mario thinks of the abundance of fish, crabs and lobsters he and his father used to find while fishing, an activity that is now in decline on his island.

"There used to be so many things and today we are forbidden from fishing many things because of our irresponsibility in taking care of our resources," said Mario, who is now the leader of the San Luis Fishermen's Committee, whose members work on San Andres Island, Colombia.

San Luis is a hamlet located on the east coast of San Andres with white sandy beaches and calm waters.

I was in San Andres in August to support the dissemination of a very important resolution for the conservation of the coral ecosystems of the Colombian Caribbean.

The law prohibits the capture and sale of several species of herbivorous and omnivorous fish that cleanse the corals of algae that take away light and space, thus supporting their survival.

Disseminating and socializing these type of regulations in local communities is very important so that their inhabitants, understanding the importance of these fish for the health of the reefs and for their economies, support the actions oriented to their conservation.

The resolution in Colombia is an important step for the protection of corals and herbivorous fish throughout the region. It recognizes the benefits of corals for fishing, tourism, pharmaceutical resources, and protection against the impacts of the climate crisis. It also recognizes the vital role several species of fish play in keeping these ecosystems healthy.

Both the resolution and the outreach we’ve been able to do in communities in San Andrés serve as examples for our work in all countries targeted in our regional plan for herbivorous fish (and thus coral) conservation. Not just Colombia and Mexico, but also Guatemala, Honduras, Costa Rica and Panama.

Outreach to local fishermen, and the organizations they support, allows us to positively impact public opinion and thus influence decision-making, which ideally will enable the protection of these vital fish species throughout the region.

As part of our public outreach campaign, we’ve also produced graphic aids for distribution in fishermen’s organizations, schools and community centers, so all members of coastal communities can play a role in protecting the fish that help keep their reefs healthy and bountiful.

The lungs of the earth are on fire! 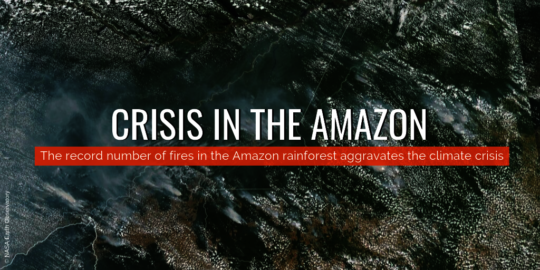 For more than month, the Amazon has been ravaged by a large number of fires in Brazil and neighboring countries. This unprecedented number of fires aggravates the climate crisis and, with it, the threat of increasingly harmful natural disasters.

As a response, AIDA has called for the governments of the Amazon basin to adopt urgent measures to stop the fires. AIDA’s Brazilian attorney, Marcella Torres, participated on a televised panel to discuss the impacts of the fires and to raise awareness of the situation. In addition, we called on citizens and the international community to pressure the governments of Brazil and the other countries of the region to reverse course and effectively protect the Amazon, its biodiversity, and the people who depend on it.

The consequences of these fires are particularly devastating for the biodiversity of the area and for the communities that inhabit it, making this a situation that requires increasingly urgent and effective actions.

The Amazon holds 20% of the Earth's unfrozen fresh water and is home to a quarter of the world's species. In addition, the Amazon jungle releases about 20% of the oxygen we breathe and stores 90 to 140 billion tons of carbon dioxide, regulating the global climate. The international scientific community has emphatically pointed out that the destruction of tropical forests causes 20% of greenhouse gas emissions.

For this reason, the Amazon ecosystem is vital for mitigating the climate crisis. The current fires demonstrate that the Amazon is now more vulnerable than before due to a combination of factors, including increased droughts, deforestation, unsustainable use of soil and subsoil, and development projects.

The Belo Monte Dam is one of the projects making the rainforest more vulnerable. That’s why we’ve worked relentlessly to support the indigenous communities fighting against it. As one of the biggest development projects in the Amazon, it’s impacts and the importance of our fight is now more relevant than ever.

Scientific evidence demonstrates that hydropower projects are a significant source of greenhouse gases—CO2 and, particularly, methane—and they have a significant role in aggravating climate change.

The policies, rhetoric and actions of Jair Bolsonaro's government have the same impact, actively dismantling due protection of the Amazon and its indigenous peoples. His administration intensified recent attempts to undermine Brazil’s progressive legislation on environmental protection and human rights - especially those of indigenous peoples, quilombolas (descendants of African slaves), family farmers and other traditional populations. They irresponsibly promote the expansion of the agricultural, livestock and extractive frontier in the Amazon, resulting in increased deforestation and the consequences we are witnessing today.

Because of this, we have publically demanded that our region’s governments take concrete actions to: