Advocating for the Right to Health

On December 3rd 2020, AIDA co-hosted a regional webinar with the Technical Roundtable on Environmental and Human Health of Peru on “Toxic Metals and Extractive Industries in Latin America: Health Impacts and Resistance from the Territories”.

During the event we counted with the participation of attendees from Peru, Chile, Bolivia and Mexico. The objective of this webinar was to document the national situation related to pollution caused by toxic metals, and specifically the case of La Oroya, highlighting the ongoing environmental contamination by heavy metals and the effects on the health of the local communities. With this event we continue to give visibility to the situation, a space for groups and communities to share similar experiences and to build regional strategies to advances in the protection of affected territories.

As part of AIDA’s ongoing advocacy efforts to support the case before international institutions, together with the Technical Committee of La Oroya, on January 7th we submitted a request to the Inter-American Commission on Human Rights for a national hearing. We are requesting the IACHR to address the situation of the right to health of people affected by toxic metals due to environmental contamination caused by mining and oil extraction in Peru, particularly since this situation has been aggravated in the context of COVID-19.

In our direct work with communities, we held meetings to keep them updated on the advances of the case. AIDA has stayed in closed communication with our partners and members of the community using virtual platforms. In the past moths we have held a group meeting and individual meetings with families from the affected communities.

We are awaiting the decision of the IACHR on or hearing request, and we continue our close follow up of the case before the IACHR and constant communication and collaboration with community members.

Alerting on the impacts of COVID-19 in Belo Monte

By Marcella Ribeiro - Legal Advisor, Human Rights and the Environment

This year AIDA has been supporting indigenous and riverine communities affected by the Belo Monte dam in Brazil facing the impacts of COVID-19. These communities have been particularly vulnerable to the ongoing pandemic and we have worked to expose their situation.

From the moment the pandemic reached Brazil, we have been compiling and disseminating information about the differentiated impact COVID-19 has on the indigenous peoples of the Xingu region. We created and sent various international alerts about the situation of the communities, which the governments have failed to address and which continues to threaten their right to health and integrity.

The communities affected by Belo Monte, due to the impacts of the construction of the dam, have become dependent on external support to have access to food, water and income sources. In the face of the pandemic, the necessary isolation to protect indigenous health became an obstacle to meeting their basic needs. In addition, the current state of dismantling of indigenous institutions in Brazil and the national government's policy did not allow for the development and implementation of a plan to protect the health of indigenous people, a much needed plan that would guarantee them adequate care and that would protect them from agents that transmit the virus.

AIDA exposed before the Inter-American Commission on Human Rights (IACHR) and the UN Special Rapporteur on the Rights of Indigenous Peoples, how the mining activities, deforestation, and invasion of indigenous lands, together with the anti-environmental policy of the Brazilian government, became the channels of transmission of the COVID-19 for indigenous peoples in the region, and that continues to be a threat to their lives.

Note: you can find the alert (in Spanish) sent to the IACHR in this link -- https://aida-americas.org/es/recurso/alerta-a-la-cidh-sobre-la-situacion-de-pueblos-indigenas-de-brasil-ante-el-covid-19

Protecting Cabo Pulmo and the Gulf of California 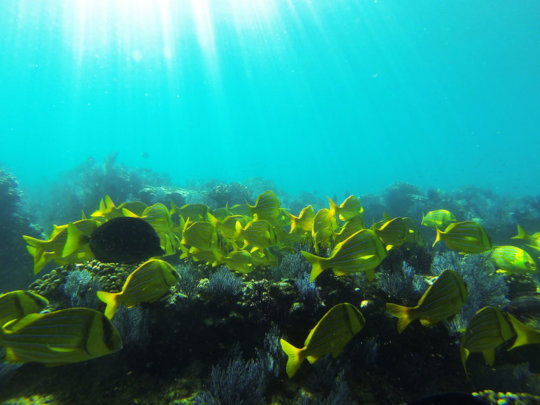 AIDA continues the work to protect coral reefs and advocating for the conservation of herbivorous fish. During our participation in the last meeting of the Cabo Pulmo Vivo Coalition, we presented the progress made on the current status and threats to the Cabo Pulmo reef.

Alongside the representative of the Coalition, we attended the 18th Ordinary Session of the National Wetlands Committee (CNH), where the Technical Secretary of the CNH confirmed the receipt of a report sent by the Coalition and allies on the situation of the Cabo Pulmo national park and its zone of influence. And communicated that the Committee is reviewing the diagnosis of the ecological conditions in Cabo Pulmo and the effectiveness of the existing management. AIDA will continue to follow up on the outcomes of this report.

In collaboration with local partners and universities in the Gulf of California, we are conducting a series of workshops attended by key actors from academia, NGOs, government, and fishermen. During these sessions we are presenting and exchanging the results of successful cases and legal tools for conservation, that can be used to achieve effective recommendations for management and conservation of coral reefs in Northwest Mexico.

As part of our efforts to protect coral reefs we participated in the preparation of a press released for public news media in the region outlining the importance of conserving parrot fish.These fish contribute to the health of key coral ecosystems and play a fundamental role in the survival of coral reefs by removing the algae that robs corals of the light and space they need to grow. But populations of these small algae-eating fish are diminishing rapidly due to human activity, which puts our reefs at greater risk. In the Mexican Caribbean, for example, 60 percent of the reefs are considered in poor or critical health.

A main goal of this press release, as well as other publications made through this program, is to inform the civil society and stakeholders of the importance of protecting these reef species and to build awareness of the role they play in maintaining the health of the oceans and our climate.