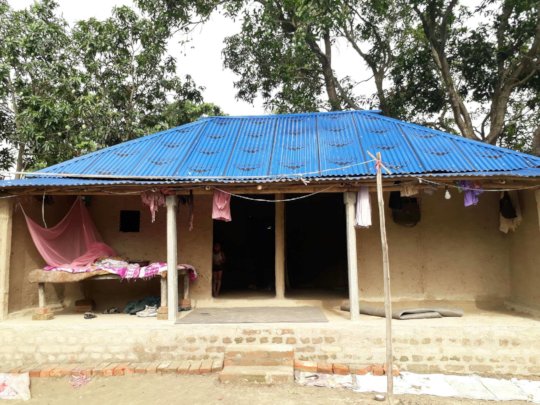 Nepal Village Foundation team is thankful for the additional $10k grant from GlobalGiving in support of the Flood Recovery Project in Nepal. The grant has been sufficient to build five more homes that were destroyed by the recent flooding. Hemnarayan, Triloknath, Badrinath, Santosh from Tilathi Koiladi municipality and Rabiya from Mahadeva municipality are the five beneficiaries to benefit from the additional grant.

The homes of Hemnarayan, Badrinath, Santosh and Rabiya are fully completed, and they are already living in it. The home of Triloknath is 95% completed and, the remaining 5% which is mainly plastering of the walls will be completed within the next two weeks. Triloknath families are going through some difficult times. Therefore, his home couldn’t be completed in the targeted time.

To rebuild the five homes, we needed 6 thousand bricks, 50 sacks of cement, eight tractors full of concrete, 2860 square foot of galvanised tin-roof, 600 bamboos, 150 tractors full of earth, 60 cement pillars and 240 days of labour. Two full-time staff has been working on the project to ensure the project activities are delivered on time according to the plan.  Also, the chairman of the partner organisation and Krit, the project leader has been inspecting the project regularly.

The total cost to rebuild the five homes will be worked over the next weeks, and it will be included in the next report which will also be the final report of the project. Some photos of the homes are uploaded with the report. 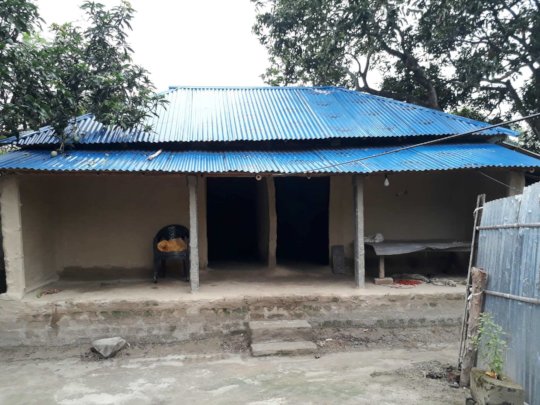 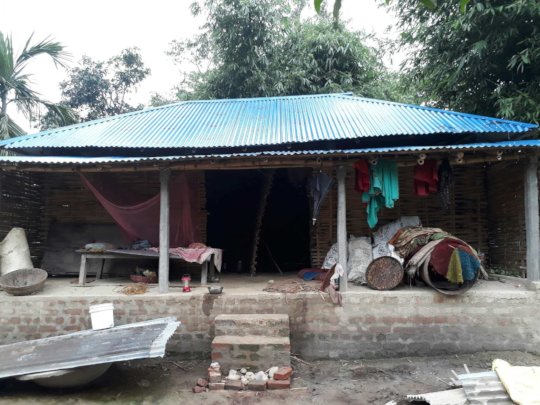 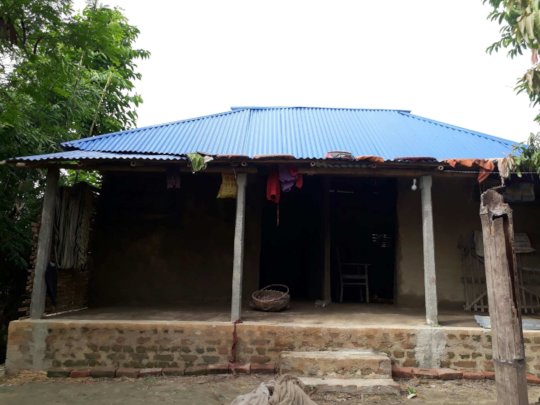 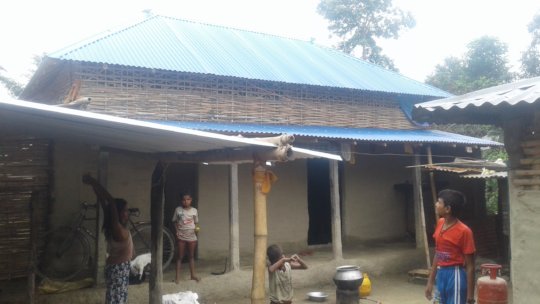 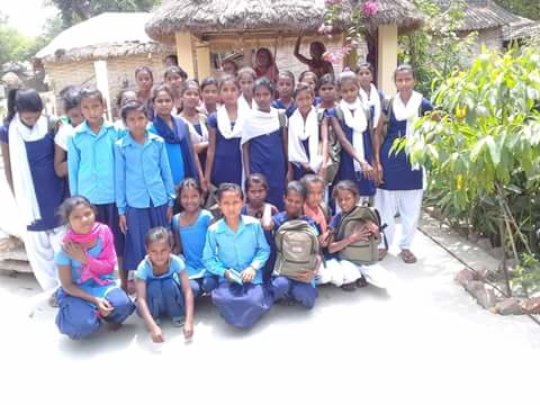 Three weeks ago the year-end class test was taken and, we confirm that all the 106 girls in the scheme have stepped up a class. To prepare the girls for the next class, we have provided a new set of uniform, new school bag and sufficient study materials. Four ladies from the village have stitched all the 106 set of uniform. The ladies made sufficient income from the job that they would normally make in three months. The ladies are grateful to get the job.

Similarly, 780 notebooks, 297 pens and 106 school bags that we provided to the girls two weeks ago purchased from the local suppliers. In total, we spent 143,823 rupees (£1028) to provide all of these. The girls will get a new set of winter uniform as well in November and sufficient notebooks and pens every quarterly.

To ensure all the 106 girls attend school regularly, we have hired three new full-time volunteers. Now, all together we have four staff to monitor the girls. The three new volunteers are Radha, Kiran and Renu and Renu is one of our ex-pupils. They completed their secondary schooling last year. The three volunteers will cost 180,000 rupees (£1286) annually.

Over the next months and years, we will be working to reduce the gap between parents of the girls and teachers. Parents of the girls rarely visit the school to see how well they are doing. We will be persuading the parents to visit the school regularly with our staff and make them involve in and show an interest. By doing that will develop a pressure on the teachers as well as to teach pupils better which will contribute to improving the quality of teaching and learning. 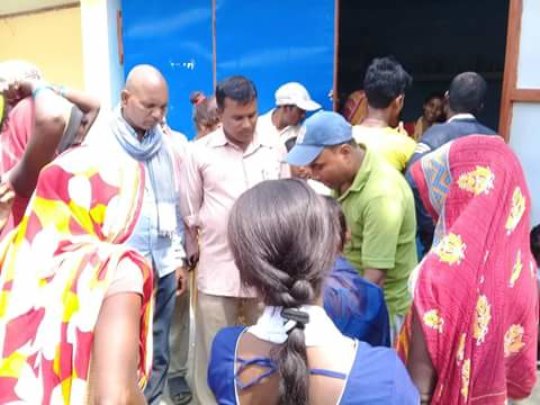 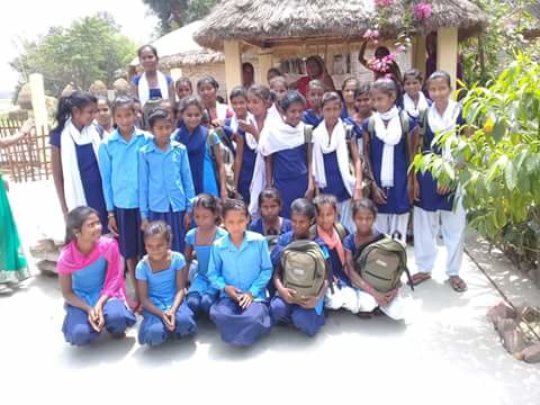 The main activities have been carried out in the quarter;

In Nepal, the tradition is to plaster the walls with a special kind of mud. The plastering mud is made of a mixture of straw, cow dung and some other stuff. The ladies do it because only they have the skills. Now, the basic plastering of the walls is completed. To make it interesting, the ladies are making an extra effort by adding arts and colours, and this will be done over the next months.

All the families together grew eight tonnes of potatoes by using the potatoes seeds we provided. This isn’t just sufficient for them for the whole year; they will also sale some of it to make an extra income and seeds for the next year. The green vegetable gardens are still providing sufficient vegetables for the families.

The remaining ten toilets have been completed in the last month. The local government has announced the Municipality as a faeces-free area from the 27th of March 2018.  We are pleased to see that now 90% of the households in the Municipality have a toilet.

Attachments:
‹ 1 2 3 4 5 6 7 8 9 ... 18 ›
WARNING: Javascript is currently disabled or is not available in your browser. GlobalGiving makes extensive use of Javascript and will not function properly with Javascript disabled. Please enable Javascript and refresh this page.