Pushing the new Massa-Massar to the coming school year

Due to lack of sufficient funding, the Pluralistic Spiritual Center has decided to push the next Massa-Massar to the 2011/2012 school year. It is now working with American, European and Japanese supporters to raise the amount needed for a new journey.

Your support is important and helps us gather additional gifts. Thank you! 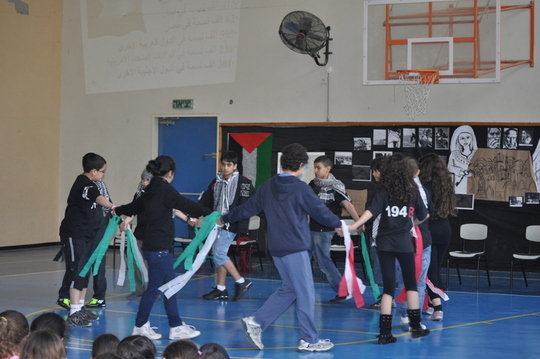 After a fairly intensive period of learning about the spring holidays of Easter and Passover, the School went into a period of learning about the national holidays that include Holocaust Day, Memorial Day, Independence Day and Nakba (Catastrophe) Day. In commemorating these events, the school has been moving from a model of mainly separate, uni-national activity to a more integrative model of learning about these events together. Holocaust Day is always commemorated by both the Arab and Jewish pupils. This year, in addition to the ceremony at the school, the children also visited the photo exhibition (photo page 1)currently at the Pluralistic Spiritual Center, on the subject of Albanian Muslims who rescued Jewish neighbors during the Holocaust. Abdessalam Najjar explained the exhibit to the children.

Whereas Israel's Memorial Day for fallen soldiers and Independence Day are marked on the Hebrew dates (May 9 and 10 this year), Nakba Day is commemorated according to the western calendar (May 15). The pupils learn about the events together, and are separated only during the ceremony.

In the lobby of the school today is an exhibit of drawings by the children marking the national holidays. The children were asked to take a single sheet of paper and show the differences in the experience of the national holidays by the Arab children and the Jewish children. They have shown this in various creative ways, through detail and color. Some drawings show a happy child and a sad child. Some show bright, harmonious patches of color on one side of the page, with broken, discordant and dark colors on the other side. In the middle of the lobby is also a large depiction of Israeli and Palestinian flags, on separate sides. But a hand reaches from the center of each flag towards the centre. Each hand holds doves in the palm, which are in the process of being released. 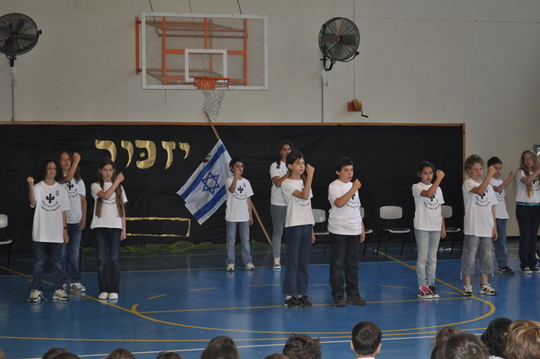 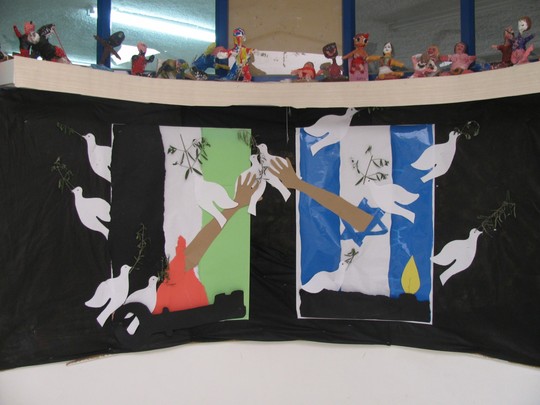 Artwork by the children of NSWAS

One more youth encounter before summer 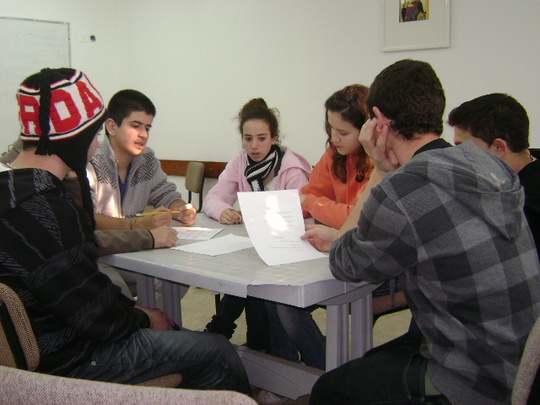 The School for Peace recently organized one youth encounter for 60 Palestinian and Jewish students from the Reali and Acre's Terra Sancta schools. As usual, the youth, meeting the "other side" often for the first time, met in Neve Shalom/Wahat al-Salam where they stayed for 4 days.

During that time they discussed issues that relate to the conflict in uni-national and binational settings, in small and larger groups. They also participated in informal activities together during which they could strengthen their relationships.

The School for Peace will now start preparing for next school year's encounters with various high schools in Israel, based on how much funding will be available. We are very grateful for the support you provide to the Youth Encounters: you help create a peaceful future for the Jewish and Palestinian youth! 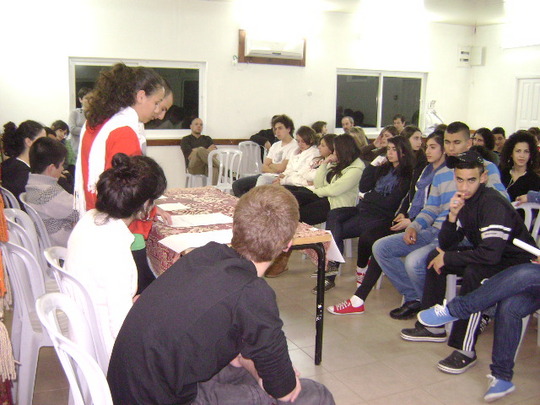 ‹ 1 ... 38 39 40 41 42 43 44 45 ... 47 ›
WARNING: Javascript is currently disabled or is not available in your browser. GlobalGiving makes extensive use of Javascript and will not function properly with Javascript disabled. Please enable Javascript and refresh this page.