By Admin - Admin
Because of the  outbreak of the corona pandemic in March, Gaza has closed its border and is not allowing anything in or out, so we haven't been able to get the beds delivered.  The purchase order is ready and we are just waiting for permission to be able to get them to the hospital.
In the meantime, Dr. Haj Yahya said he has just finished centralizing a list of new needs in wake of the coronavirus, so it is possible that although the beds are still needed, we will change the purchase order according to the priorities including respirators.
Additionally, we are working with the Arava Institute in purchasing and transporting the water generator to the   Nasser Hospital in Gaza.
Both of these have been significant  moral as well as practical support for the residents in Gaza.
Jul 1, 2020 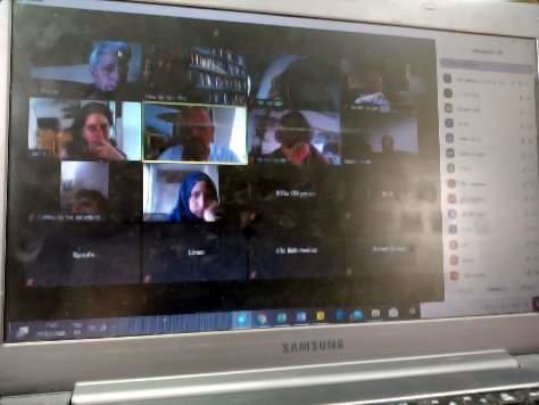 Despite mandated closures and the impossibility of meeting in person, 18 Jewish and Arab professional
environmentalists, part of the 2019-2020 School for Peace Change Agents Course, used technology to learn from about “A Century of Energy: The Generation of Electricity between Two National Movements” and the impact of age, nationality, gender and social status in the current crisis.

The issue of language was raised. When you have lectures or dialogues intended for all participants, which language should be spoken? Should a translator be present? Where Jews and Arabs are planning or working together, it is an essential question for creating the future.

The second cohort of Jewish and Arab Lawyers, focused on Human Rights, held its 2nd meeting at the end of February. Coming up next: a meeting with Ayman Odeh, head of the Arab Joint Political List, exploring a proposal to establish a new Jewish-Arab political party. Political journalist Meron Rapoport
spoke about the developing cooperation between Jewish and Arab national politicians and what he sees
as the fading Israeli identity, and the role of society and government.

The Change Agent program for leaders in mixed cities begins April 17, 2020. April 10th saw the
second meeting of the graduate Change Agents mental health professionals program. Change Agents
graduate planners, architects and engineers’ graduates are meeting with the Arab Center for Alternative
Planning. All are focused on real-time changes on the ground.

One week later, here's how we're doing it! 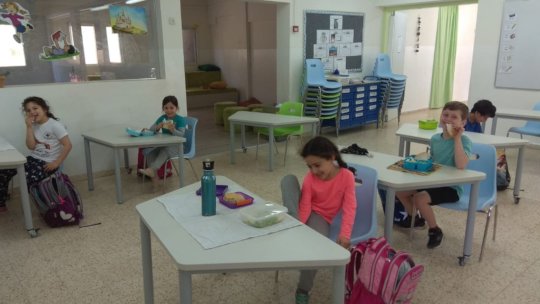 One hundred and sixty-eight children in grades 1-3 are back in their beloved Primary School in real time while the other half of the school, in grades 4-6, continue distance-learning in small groups with their teachers.

When you’ve been studying ancient building methods, it gets “real” when the students experiment with the materials available to them. In this case, it’s also a perfect fit with the School’s K-6 recycle, re-use, no-waste commitment.

It takes time for children everywhere to learn to keep their masks on. The exception is lunch time, when everyone stays in small groups but no one has learned how stay masked and eat.

The masks and separation into small-groups might be the “new normal” for a while, but what stays the same is the Primary School’s Arabic-Hebrew bilingual, binational and multicultural study of every subject including literature and history.

We are preparing this next generation to be courageous explorers of the world they will inherit. They may even remember these days as a time of wonder! 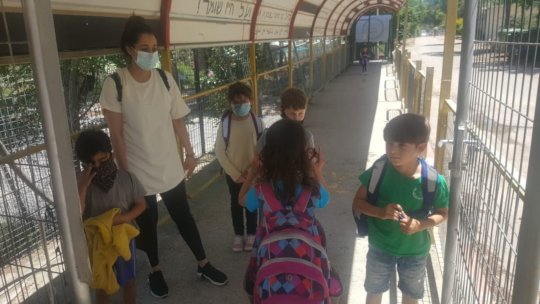 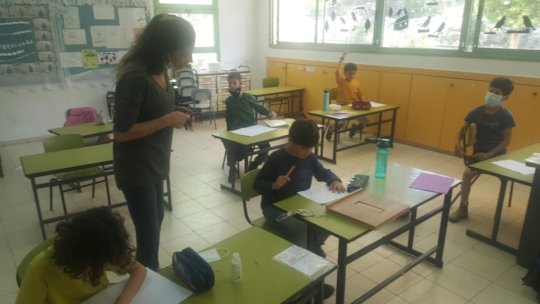