Did you know Waim means mealtime in Kaqchikel Maya 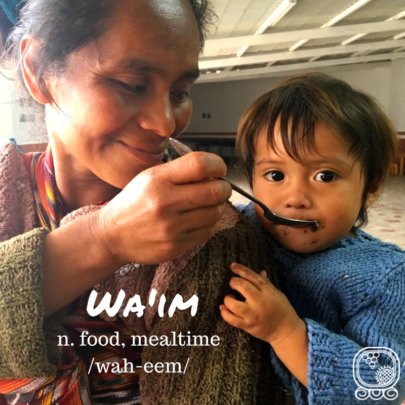 We use the local language to empower families.

It has been an extremely exciting year. We just finished a clinical research study understanding the effects of chronic malnutrition on child development. We are working hard right now to analyze the data and in our next report we will have results. The early information is showing that children who suffer from chronic malnutrition learn to talk much later than other children, and we believe that can have lasting effects on their overall growth as a person.

I'd like to share a recent quote from our nutrition technician who works everyday with children and their families. Our staff is the driving force of our work. Without their dedication, hard work and skill, we would not be able to acheive our resuts. We are proud that our staff find this work as a calling to help their communities, it not only a job to clock in and clock out. Our staff, like Yoli, speak the local language of the communities in order to provide the best care. Yoli speaks Kaqchikel Maya during all visits with patients and their families.

We would like to teach you a Kaqchikel work: Wa'im (pronounced Why-Em with a long E). It means food, or meal time. It is a word that Yoli uses everyday to work with her patients and families.

“The families we help have enough trust in us and this motivates us a lot because we realize the reality of each family, at the same time joking with them and chatting about topics outside the range of our work. In this way they de-stress and comment that no one offers them services when they need them most.” -Yoli, Wuqu’ Kawoq Nutrition Technician

One of the patients that Yoli has worked with is Melany.

When we met Melany she was 14-months-old. She was suffereing from being underweight and very small for her age due to malnutrition. This  dangerous condition is becaus her family does not have enough protein, calories, and nutrients to provide her.

In the short term, malnutrition means Melany has little energy to grow. Her immune system is weak, leaving her vulnerable to illnesses that further compromise her growth. She may also face malnutrition’s long-term consequences, such as increased risk of chronic diseases, low IQ, and higher likelihood of dropping out of school.

Melany lives with her family in a one-room house with a tin roof. She loves to play with her balls and baskets. Her father works as a day laborer, harvesting crops on a local plantation. Her mother takes care of her, cooking and cleaning.

While Melany’s parents want the best for their daughter, their resources are already stretched thin. They cannot afford the proper food necessary for Melany to grow well.

While malnutrition can have devastating effects, it is also very treatable. We are so happy that do to your support we can provide Melany with the treatment and help she needs to grow!

Growth monitoring, micronutrients and food supplementation have helped Melany grow. She has gained weight and grown during her treatment with us. Our community health worker, Yoli, has taught her mother how to create a nutrient-rich diet from limited resources.

Thank you for your continued, incredible support. I look forward to updating you on the details of our research very soon. 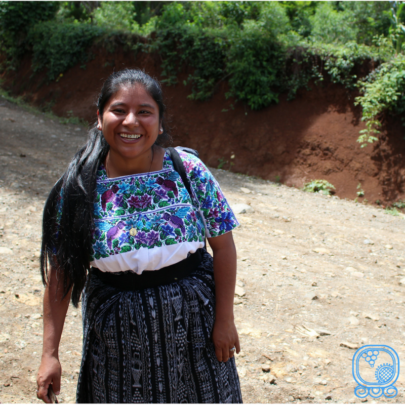 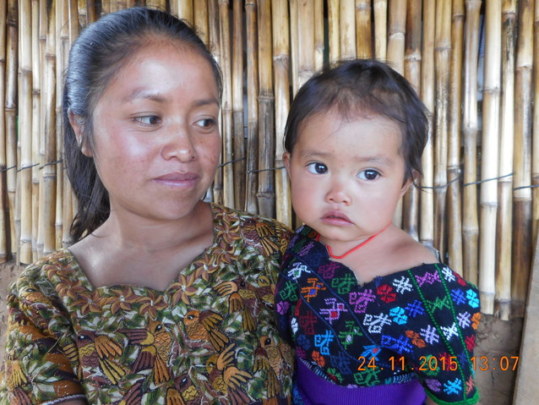 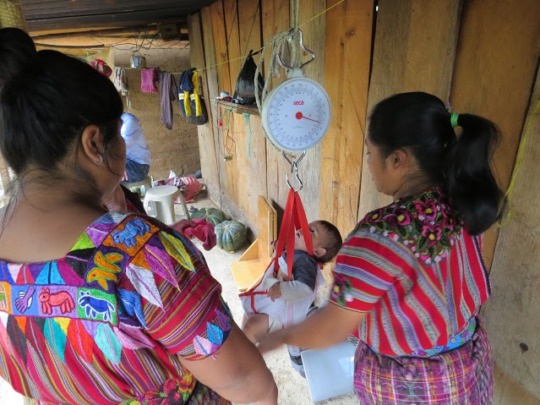 We know that people around the world have diverse medical needs-- including indigenous Guatemalans that live in rural areas of this small Central American country.

As an organization we believe that all people deserve access to world class health care. And this health care begins with the youngest of our patients. Children in rural Guatemala are in need of basic nutrition care. Wuqu' Kawoq is recognized as a leader in the field of nutrition. Our malnuturion programs are among the most thoughtful in Guatemala. We help other organizations in Guatemala to implement their own programs, and we conduct important nutrition research.

In addition to our effective nutrition programs, we have pioneered an innovative referral system for patients living with complex disease in rural Guatemala. We successfully treat congenital heart disease, inborn errors of metabolism, end-stage kidney disease, complex surgical cases, and advanced cancers. Our team of case managers speak Mayan languages and whatever it takes to overcome the barriers to health care for our indigenous patients.

Respectfully and with Gratitude, 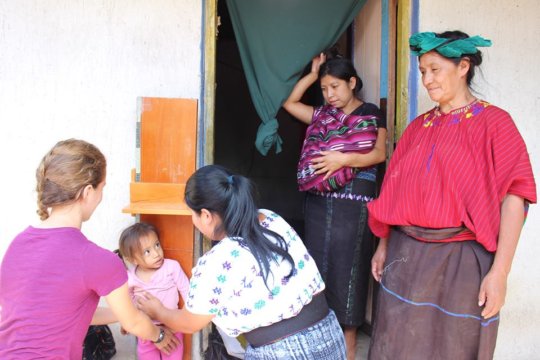 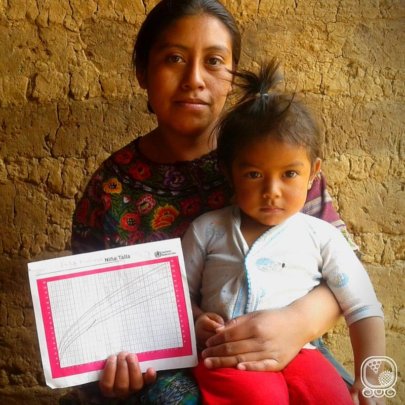 Sandy and her mother.

You’ve heard from us before about the importance of fighting chronic malnutrition during the first few years of life.  Much of a child’s development— the development of the brain and major organ systems— occurs during this window, and after the window is closed, not much can be done to ameliorate the insults to growth and development that occurred before the child had a chance to celebrate his or her third birthday. Children who are chronically malnourished hit developmental milestones far behind their non-stunted peers, score lower on verbal reasoning and IQ tests, and are more susceptible to infectious disease.  They never fully recover from the sup-par development they experienced as infants, and adults who were stunted as children are also much more likely to suffer from chronic diseases like diabetes or heart disease.  In contexts like Guatemala, chronic disease often goes untreated, which means that stunted children grow into chronically ill, less productive adults, who, in turn, are often less able to provide for their own children, meaning the children of adults who were chronically malnourished as children are much more likely to be chronically malnourished themselves.  And so on, generation after generation.

It’s a cycle of illness and poverty that is very hard to break out of.

This window during infancy, this infamous “thousand days”, is very small.  So small and so fragile, in fact, that many members of the global health community consider the amelioration of chronic malnutrition to be an impossibility, despite its obvious impact on human health and well-being.

We disagree.  And we’d like you to meet one of our many reasons why.

Sandy is now 22 months old and growing well.  When she first came to us, she was 16 months old and several standard deviations below normal on her growth chart.  Her mother was worried.  Sandy had always been a happy child, but she wasn’t speaking yet, and although she loved to play with her stuffed animals, and was alert and affectionate with her parents and siblings, she sometimes seemed tired and listless.  After Sandy was enrolled in Wuqu’ Kawoq’s nutritional program, her mother began noticing small changes in Sandy’s behavior.  Now, says her mother, she cries less, plays more, and eats better than she did before.  Sandy has two older brothers who weren’t enrolled in nutritional programming, and her mother tells us that Sandy is smarter and taller than them both.

It can be hard to see the difference that overcoming chronic malnutrition has on the body when the person in question is still a child.  To most of us, the only visible difference just looks like a few simple lines on a graph. To put it in perspective, let me list a few of the things that this seemingly small accomplishment is likely to mean in the future:

Sandy will likely meet or even exceed all developmental milestones.

She is much less likely to contract or to die from respiratory or diarrheal diseases while she is still a child.

She is much more likely to grow up to be literate and to score well on verbal reasoning exams.

Sandy likely won’t be chronically anemic, and thus she is much less likely to die during childbirth.

When she grows up, Sandy likely won’t be diabetic or suffer from metabolic or vascular disorders.  She won’t have heart disease as a young woman nor will she be afflicted with early-onset dementia.  In all likelihood, she'll be free from chronic disease.

Sandy will very likely grow up to be a strong, smart, healthy young woman who will go on to raise strong, smart, and healthy kids, if she chooses to have children.

Every child matters, because every child carries within them the seeds of change.

Thank you, as always, for your support and generosity.  Together, we are making the impossible possible, one child, and one family, at a time. 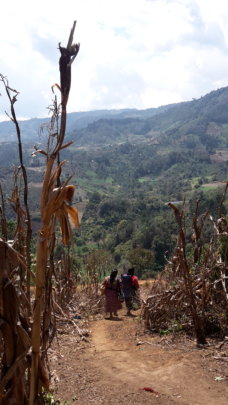 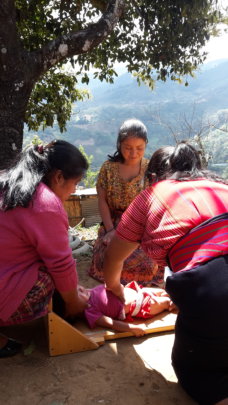 Measuring every child for growth

‹ 1 ... 5 6 7 8 9 10 11 12 ... 19 ›
WARNING: Javascript is currently disabled or is not available in your browser. GlobalGiving makes extensive use of Javascript and will not function properly with Javascript disabled. Please enable Javascript and refresh this page.