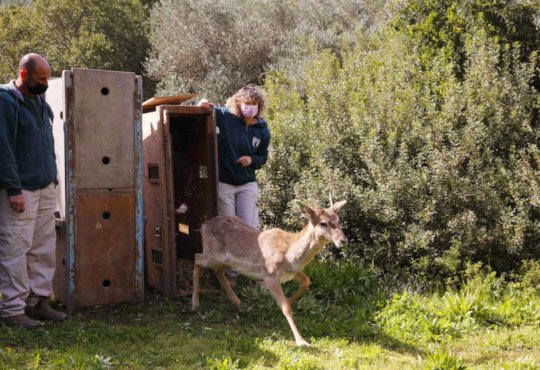 Last month, four fallow deer born at the Zoo and aged one and a half years old were released into the wild.

This is an age where they can be independent in nature. Before their release, the deer underwent health tests and vaccinations and were fitted with a collar with a GPS transmitter.

They were then taken to the Nahal Sorek Nature Reserve in the Jerusalem Hills and released. For the first three weeks, they will be in a special acclimatization complex, in order to adapt to life in the wild on the one hand, and be protected on the other. At the end of the acclimatization period, they move into the open hills.

The Zoo's Chief Veterinarian, Dr. Nili Avni Magen: "Over the years, we have released several dozen fallow deer into Nahal Sorek. In the last four years, we have seen fawns born in the wild, a second generation, born to mothers who were also born in the wild. This shows that the population is stabilizing. The return of Persian fallow deer to the Israeli landscape is one of the most successful examples of the return of an extinct species to nature."

Persian fallow deer were known to have habituated the Land of Israel and are even mentioned in the Bible, but they became extinct at the beginning of the last century. About forty years ago, a small number of fallow deer were brought to Israel from Germany and Iran.

In the 1990s, the project of returning them to Israeli nature began. At first, fallow deer were released in the Nahal Kaziv Reserve, and in recent years, fallow deer have begun to be released to the Nahal Sorek Reserve area. Across the country, there is currently a stable population of over 200 fallow deer, dozens of them in Nahal Sorek. 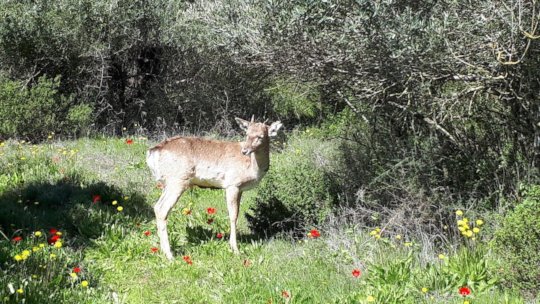 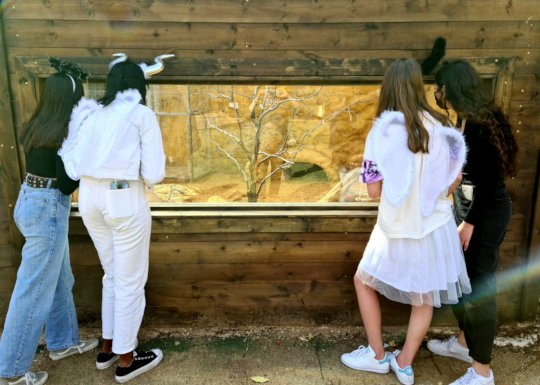 Visitors returning to the Zoo, dressed for Purim

Unfortunately the Zoo has been closed to visitors during the three lockdowns in Israel in March-May and September-October 2020 and again at the end of 2020 with a third lockdown that started on December 28, 2020.

Overall, there were a total of 119 days of complete closure in the 2020 calendar year.

During the whole of 2020, the Education Department at the Zoo was very limited in its ability to continue with its usual programming.

Happily, the Zoo re-opened on February 21, 2021 with limited entries.

We are now looking forward to a range of holy days and holidays in the coming month in different sectors of Israeli society: such as Rosh Hodesh Nissan, the birthday of the Prophet Mohammed, Passover and towards the middle of April, the holiday of Ramadan,

Rachael and the Education Team 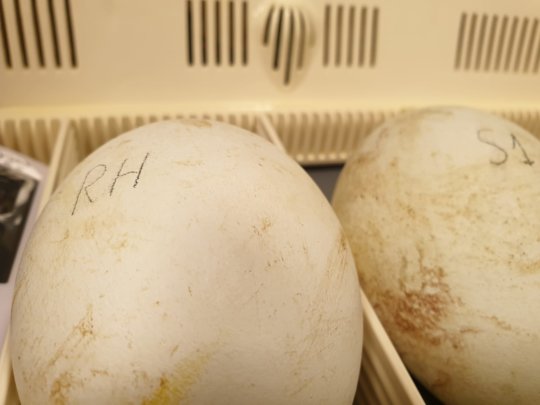 After the Zoo was closed for another six weeks during Israel's third lockdown, we were excited that when we re-opened we could share with our visitors that the first three eggs of the season have already arrived at the National Center for Raptor Egg Incubation at the Zoo and are safely in the incubators.

Additionally, 'Noga', one of our Griffon Vultures in the Birds of Prey Aviary at the Zoo has hatched one egg, which currently remains in the nest in the exhibit.

We look forward to a successful season ahead of us with many fruitful hatchings!

Rachael and the Avian Team 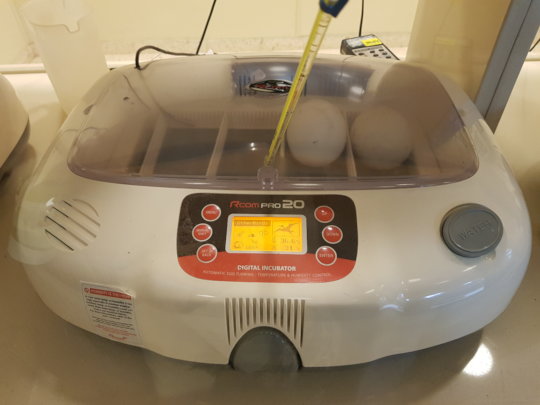 In the incubators
1 2 3 4 5 6 7 8 9 ... 86 ›
WARNING: Javascript is currently disabled or is not available in your browser. GlobalGiving makes extensive use of Javascript and will not function properly with Javascript disabled. Please enable Javascript and refresh this page.