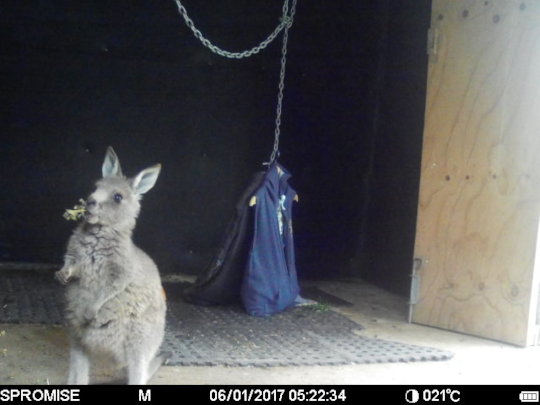 I know how to eat by myself now

One of the great advantages of having a rehabilitation facility is being able to give the animals a change to become independent and dehumanised before their release.  To do this we need to be as hands off and invisible to the animals as possible but we do need to continue to monitor their progress and keep an eye on their behaviour and any injuries that they might be recovering from.

Recently we have installed solar powered motion infrared cameras to capture images of the animals during the day and at night when they are moving around their enclosure without any human presence.

That benefits of monitoring the animals remotely include:

By being able to doing all of this remotely via the cameras, the animals are able to have an environment that has minimal human interference allowing them to develop and hone their natural behaviours, instincts and feeding habits.

We are also able to capture the wonderful work the many volunteers do in the facility to keep it running. 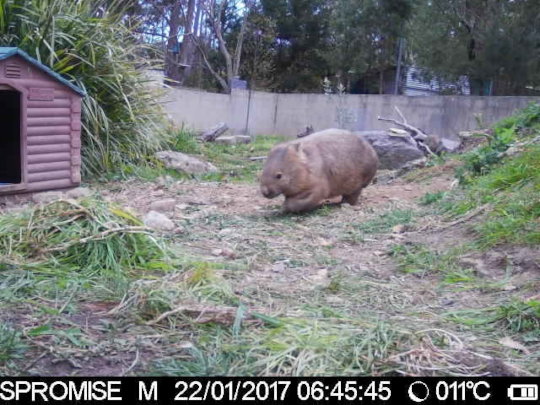 Not meant to be out during the day. 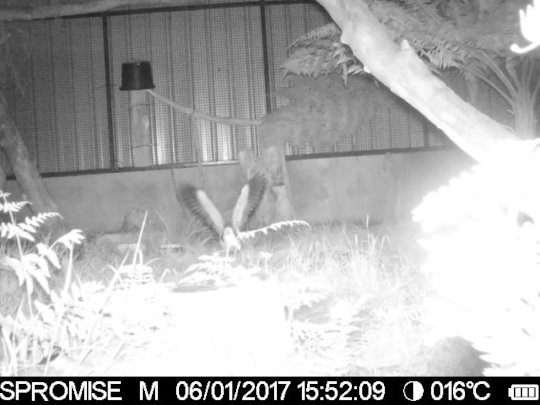 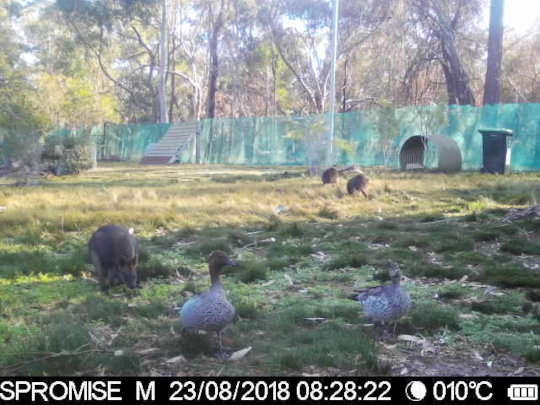 Are we sure the wallabies are eating the food? 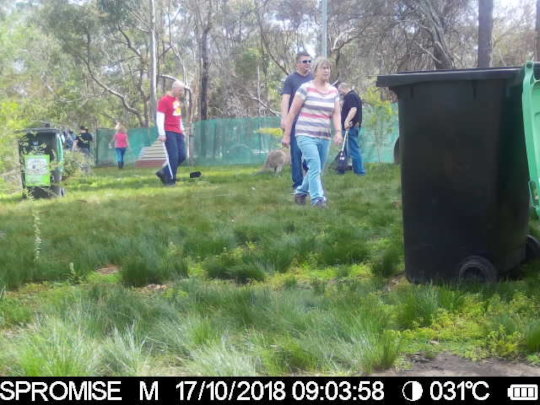 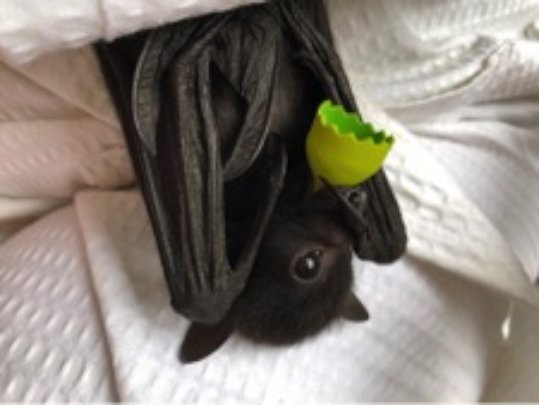 One of the pups we cared for last season

My name is Fiona and I am taking over this project from Georgina, so please be a patient with me as I have my "Learner Plates" on. Hopefully my writing skills will be on par with Gerogina's and I can promsie you that I will bring as much passion to keeping you informed about what is happening with our amazing bats. I have been a carer of bats now for 5 years and for the last two years have also been managing our creche at Kukundi.

We have had a moderately busy winter season, caring for about 200 adults and juvelniles that have managed to get themselves into trouble. Most of them have now released back into the wild, apart from our very last batch of around 30. The hatch in the large cage at Kukundi has been open now for about 3 weeks and this last 30 seem a little reluctant to move on.

Hopefully these last stragglers will leave soon and then we can begin the mantenance work around the facility, in prepration for the pup season which will start in around 6 weeks. We need to give the cages a thorough clean, repaint the cage floor surfaces and generally tidy up the surrounding area.

One exciting new addition to the facility will be a cool room, which we hope to install before the beginning of the pup season. During the height of pup season we can be cutting between 50 and 80kgs of fruit daily to feed the little cherubs in care. This is between 350 - 560kgs of fruit every week - converting this for you -770 to 1235lbs! This is a huge amout of fruit we have to store, so a cool room will help save us money by rminising waste and allowing us to reduce the fruit delivery from 2 to 3 times a week to once a week.

And finally, we have a training course happpening next weekend, which will give us 15 new flying fox carers (hooray!), just in time for pup season.

Thank you so much for all your generous donations that enable us to continue to rescue, rehabilitate and release back into the wild our beautiful bats.We could not do it without your help. 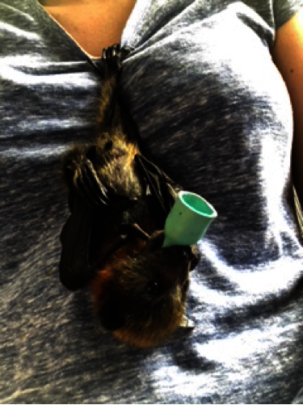 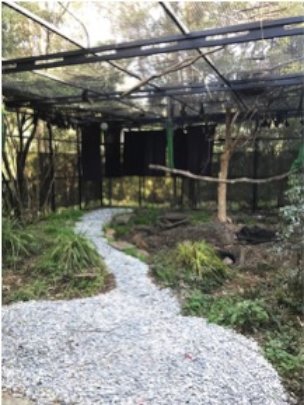 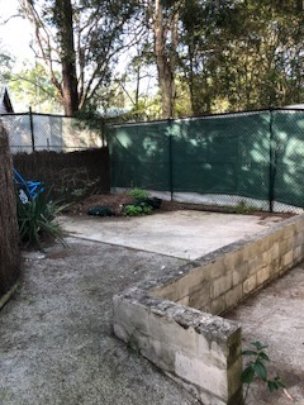 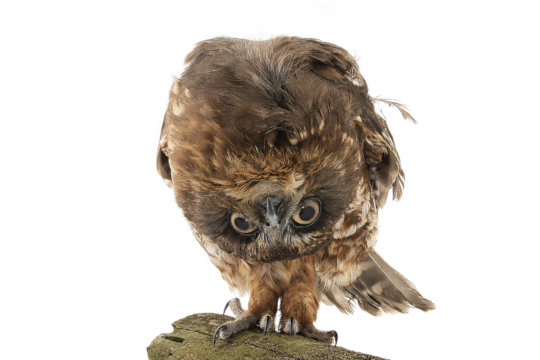 We have recently had a beautiful Boobook owl come into care with Sydney wildlife.  The Boobook owl is the smallest and most common owl in Australia.

His story started at a school where he was found early in the morning on the ground being bullied by other local bird species.  He was taken to the local vet who then contacted Sydney Wildlife to organise a Carer to come and collect him to nurse him back to health and monitor his rehabilitation.

It became quickly apparent that he was very ill and at stages could not even stand up.  He required intensive care and needed to be force fed to ensure he was getting the nutrients required to rehabilitate. Gradually he began to gain strength, put on weight and be able to feed by himself.

What was still puzzling was that, at first, he would always hold his head low and completely upside down. (see photo)  After 2 months of regular physiotherapy he started to hold his head higher and it was also turning around so it was now the right way up.

After 3 months, he was moved to our rehabilitation facility as we thought the stimulation of being in a more natural environment would make him use his neck more.  A bit of self-Physio.

After only a couple of weeks in the rehabilitation facility, and I think you will agree from the photos, there has been significant improvement in his condition.

We still do not know at this stage if his recovery will be enough for him to be released but he is eating well and continuing to improve. His recovery may take months yet as vets feel there is muscle or tendon damage which takes a long time to treat.

Owls are quite big eaters.  He eats 1 mouse and 1 chicken neck a day as well as the insects he catches in his enclosure.  As the mouse and chicken necks are not available naturally while he is in rehabilitation, these are purchased frozen and provided to the owl by our volunteers.  Your wonderful donations are helping to keep our Boobook and other animals fed and alive.

For this we thank you so very much. 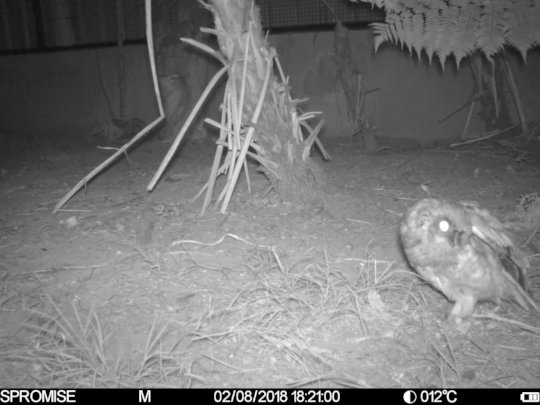 Neck in a better position 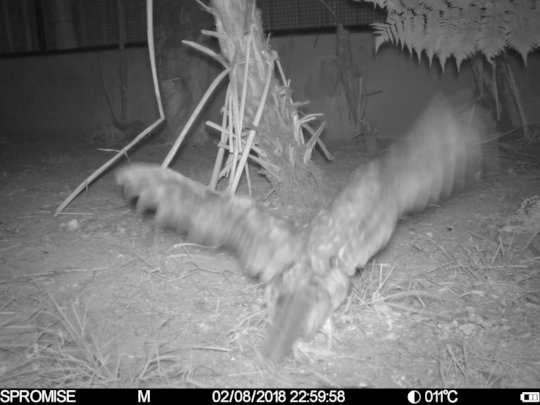 Starting to exercise wings
‹ 1 ... 4 5 6 7 8 9 10 11 ... 22 ›
WARNING: Javascript is currently disabled or is not available in your browser. GlobalGiving makes extensive use of Javascript and will not function properly with Javascript disabled. Please enable Javascript and refresh this page.