Rescue of a Hit and run Victim 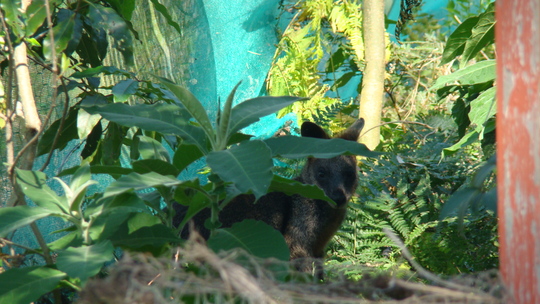 Rescue of a hit and run victim

Late one night a swamp wallaby was bounding through the bush alongside a busy main road. Wishng to cross to the other side, he jumped onto the road and collided with the side of a car. Sadly, the driver of that car did not stop. Thankfully, however, a kind man by the name of Matt saw the poor animal get hit and stopped immediately. He picked up the adult wallaby, wrapped it in a drop-sheet and drove all the way to a 24 hour animal hospital to get veterinary attention for the animal.

The wallaby was x-rayed and had a full examination. He was found to have head trauma, nystagmus (vision impairment – possibly as a result of the head trauma) and was poorly ambulatory. He was treated with the necessary medication and allowed to rest.

The next morning he was very quiet but did respond slowly to noise. He still had minimal response to light, indicating possible blindness.

The vets wanted the wallaby to have a few days’ rest to ascertain whether or not the blindness was a temporary symptom of the concussion. A volunteer carer from Sydney Wildlife collected him that night and transferred him to their Macropod Rehabilitation Facility at Waratah Park. The wallaby was set up in the quarantine room. The poor thing just sat in the corner of the room with his head bowed.

The next morning, however, he seemed able to hop around, unsteadily, and his sight appeared to be slowly returning. Over the next few days, he began to hop around in the outside enclosure without bumping into obstacles.

Within one week he was back to being a normal wild swamp wallaby - thumping his feet on the ground as a warning if your approach was too close before taking off at great speed around the enclosure.

It was decided that he could now be released back into the wild and hopefully would go on to live a long and carefree life.

Thanks to all your support on GlobalGiving we have been able to successfully house, even in an unfinished enclosure, an injured wallaby. As you will see from the pictures, the quarantine room is nearing completion and once complete, will be a valuable resource we can use coming in to our busy period of the year.

We have also purchased two microchip readers and chips so when animals are released we can monitor them once released.

On the Northern Beaches in Sydney we are very lucky to have these magnificent creatures at our doorstep. If you are driving in the area, please drive carefully. If you do accidentally hit an animal on the road, please stop and check if it requires help. If the animal is a marsupial (an animal with a pouch) and is dead, it’s really important to check the pouch for live young. If you cannot take the animal to a vet please ring Sydney Wildlife on 9413 4300. 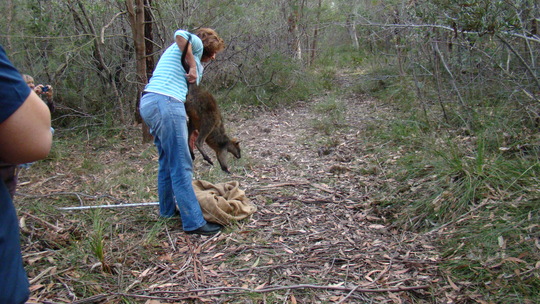 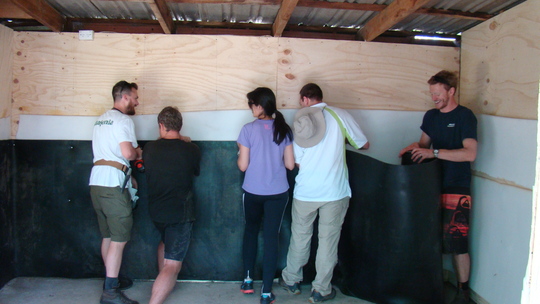 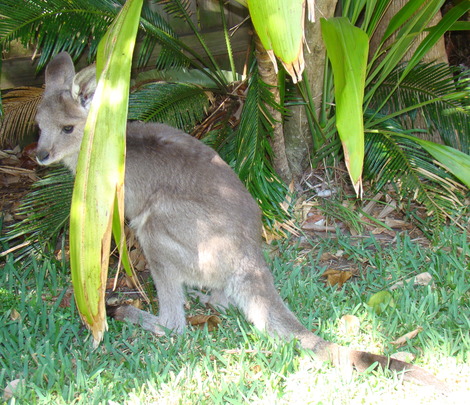 Dell almost ready to go into the rehab facility
Aug 1, 2013 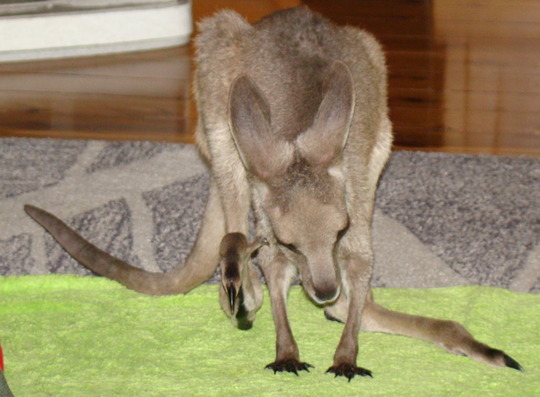 Dell having a little scratch.

Thank you so much for donating and entering in our Kangaroo naming Competition.

We have chosen the name Dell for our little girl, who is now starting to hop around for short periods before going back into her pouch. She weighs 2105gms, double the weight she was when she came into Sydney Wildlife's care.

We will give you an update on Dell's progress in our next project report.

The rehabilitation area has progressed well with the fence now being completed and shade cloth attached, and shelters built for the macropods (Wallabies and Kangaroos) to escape the elements. We need to attach shade cloth as a visual barrier, otherwise macropods when frightened could try to hop straight through the fence to the bush on the other side of that fence and possibly hurt themselves in the process.

Please look at the pictures with this report as they will show the work we have been doing on our rehabilitation facility.

Thank you once again for allowing us to look after Sydney's orphaned Wallabies and Kangaroos properly by donating, this allows us to build the rehabilitation facility. 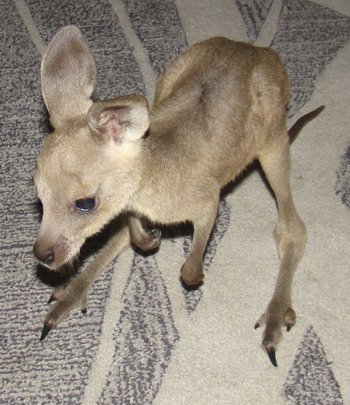 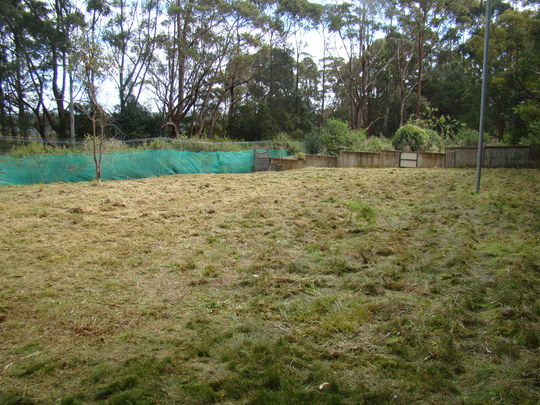 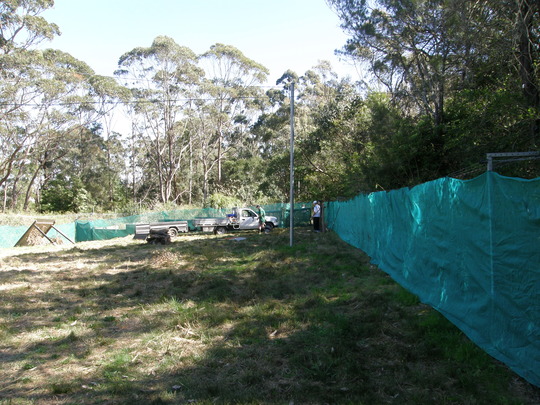 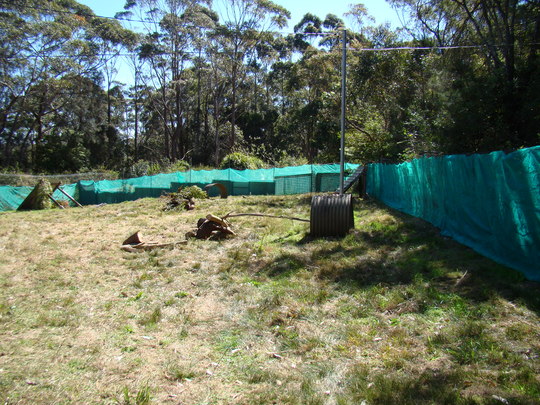 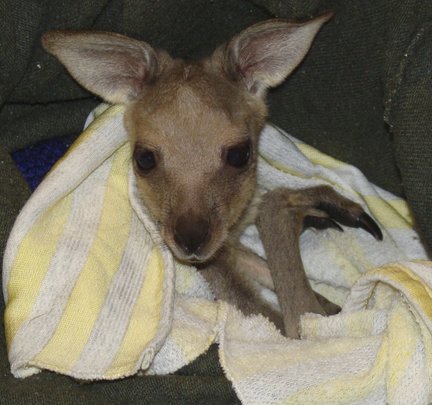 I'm drinking and putting on weight, but I need a name. Please help.

Every donation made to the "Rehabilitate Wallabies and Kangaroos in Sydney" project on the GlobalGiving site for the month of July can submit a name via the online survey located at:

At the end of July the winning name will be announced on our project page.

To see some cute photos of me to help inspire you to decide on my name, see the flyer attached to this project report.

Thank your for your support, every donation counts and helps us to care for Australian Native Wildlife. We appreciate your input and hope that you continue to support us.

Best of luck to you all.

Attachments:
‹ 1 ... 15 16 17 18 19 20 21 22 23 ›
WARNING: Javascript is currently disabled or is not available in your browser. GlobalGiving makes extensive use of Javascript and will not function properly with Javascript disabled. Please enable Javascript and refresh this page.