See How They Grow 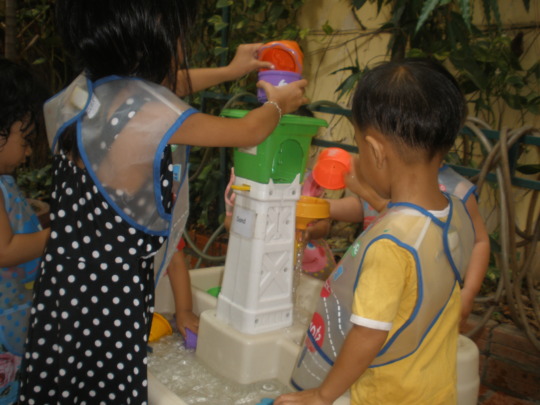 I have been working as the day care coordinator now for three years and it has been a privilege to see women thriving in their role as mum.  Being a single mother is not easy, but these mothers work hard at it, and do an amazing job. I love watching the mothers return at the end of the day and seeing the children’s face light up as they run to their mothers for a hug. It shows what a great attachment these children have with their mothers. Our children do not have attachment disorders (which is so common in children who grow up in orphanages). This means the children within our day care have a great start to life. They also have the opportunity to be part of our high quality early childhood program as well as receive nutritious meals throughout the day. We have five wonderful highly dedicated Khmer child care workers who provide the children with wonderful learning opportunities. It had been great to watch these workers grow in their understanding of child development and improve their skills in providing an educational early years program.

I remember one little boy who started at our daycare when he was 14 months old.  His mum had been working in the province but had come back to the Phnom Penh for a better training opportunity. When this boy started at daycare it was evident that he was slightly developmentally delayed; he had absolutely no interest in toys or playing and no interest in attempting to walk. He just sat and stared. Through lots of patience and perseverance from the staff we worked closely with him to encourage him to walk and helped him learn to play. Now he is a happy 2 year old child, he loves playing, running around and has caught up developmentally. His mother has almost finished her training course and will soon begin work.

The early years of a child’s life are very important and a high quality early childhood program provides a child with the foundation they need to succeed in school as well as in their life. This year we will have our first child leave us to start school. She will be attending a great local Khmer school.

At the moment the daycare is at full capacity; in our current premise we can only take 20 children. We need a bigger building as well as more childcare workers. It is our hope that we can eventually have 4 rooms for the different age groups, allowing for smaller group sizes and a better program catering for each specific age group.

The Importance of Partnership 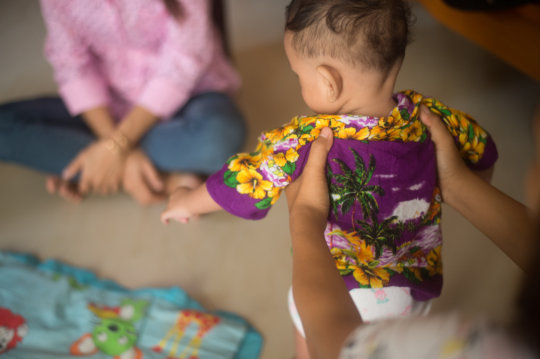 Mother’s Heart does crisis pregnancy care well. However, we don't do medical care, mental health counselling, drug prescriptions, job search, vocational training … the list goes on. These are things for which we dependent on the work of our deeply respected partners.

SreyTouk*, three months pregnant, suffering from extreme morning sickness and a UTI, was referred to Mother’s Heart by the government maternity hospital. Mother’s Heart has become well known to hospital staff as we use them for all our client’s antenatal, delivery and post-natal care.

SreyTouk had been in hospital ten days yet was without any of the essential care (meals, bathing, purchasing medicines) that, in Cambodia, is the role of the family to provide. SreyTouk was surrounded by broken relationships. Lying, desperately demanding attention, experiencing emotional and mental health issues, claiming a black being was there to torment her, her family had had enough and although her older brother had dropped her off, none of her family had been seen since.

SreyTouk told Mother’s Heart counsellor that she had been gang raped. It was only later that Mother’s Heart staff found out the truth. In reality, SreyTouk had lived together with her boyfriend who she met while working in a factory. When she was three months pregnant, she left him, calling him abusive and saying she no longer loved him. SreyTouk was too ashamed to admit this to her family hence the story about gang rape.

Because none of her family wanted to help her, Mother’s Heart partnered with a shelter where SreyTouk might stay during her pregnancy. However, when she became suicidal Mother’s Heart called on two more partners; a shelter that had a mental health counselling program and a facility that was able to assist SreyTouk with medication for her mental health issues. SreyTouk’s emotions were all over the place. She said she saw ghosts. Sometimes she would yell and swear at staff, other times she was very cooperative. At the shelter SreyTouk was able to stabilize, she stopped seeing things, and even worked at sewing for the three months preceding delivery.

Following three months maternity leave, SreyTouk began work for an organization that had a day care attached where she could remain close to her baby while she learned how to make paper flowers and greeting cards. It was here that she connected with a man from another province who wanted to marry her. Unfazed by the presence of a baby, this man took her to visit his family where his mother really liked her and invited her to join their family. So SreyTouk married and moved to his province.

Now SreyTouk works with the family selling sugar cane juice with her baby girl nearby. Her new family are even helping the couple to buy a house. Five partners together with Mother’s Heart were part of this happy outcome!

*All client names are changed to protect their identity. 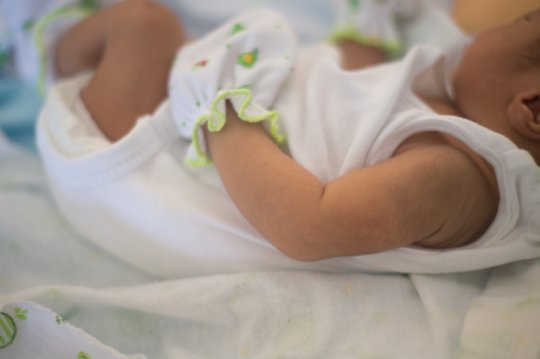 Falling in love doesn’t always go as planned. In the province, Thida was having a lot of emotional difficulties. Pakun, a family friend was asked to take Thida to Phnom Penh for treatment.  While there, they fell in love and started living together.

With treatment Thida began to recover, but meanwhile the mothers of the couple wanted things sorted. Thida’s mom wanted them married; Pakun’s mum did not. She said Thida was crazy. There was a lot of arguing until Pakun’s mum gave an ultimatum - either leave her or be ostracized from his family. Pakun chose Thida.

Thida’s mum put together a little wedding ceremony for the two and they were married. Meanwhile stresses continued among the parents of the couple. Thida’s father had angrily yelled at Pakun’s mom because she was so cruel to Thida.  This turned out to be the last straw for Pakun and he left, despite his wife being three months pregnant. Thida’s mental health deteriorated. She made her way to Phnom Penh with the idea of jumping from a bridge.

Thankfully she rang for help and was referred to Mother’s Heart. Distraught and crying constantly, Thida came to Mother’s Heart very needy, demanding and dependent. Yet, somehow the arrival of her baby changed what was happening for her. With guidance from her social worker, she cared for her baby well, becoming stronger and more independent.

Mother’s Heart staff continued to encourage and counsel Thida where she learned better care for her emotional health. When Mother’s Heart asked her what she would like to study, Thida replied  ‘hair dressing’. Mother’s Heart was able to find a local business where she soon began to excel at her apprenticeship. She learns quickly, and is talented at welcoming and engaging her customers. Thida’s desire is to work in Korea for a few years so as to be able to save enough money to open her own hair dressing shop in Cambodia.  To make this happen she attends Korean language classes every morning.

While Thida is in class and at the apprenticeship, her mum cares for her baby using formula provided by Mother’s Heart. Thida’s mum is grateful to Mother’s Heart after having seen how much her daughter has grown in confidence and stability. Thida’s own emotional growth has even helped her to better interact with other’s emotions. In a grumpy mood one day the salon teacher spoke harshly to Thida. Undeterred, Thida wrote her a sweet note thanking the teacher for her help.

Thida has worthy and realistic plans for her future and is taking steps to reach her goals. She still struggles at times with her emotions. But these occasions now are short and infrequent. Not at all like how they were in the past.