Lorite sends thanks to supporters 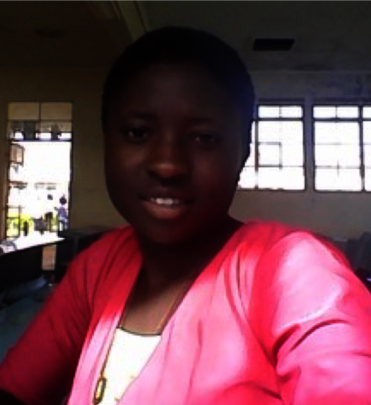 This August 2019 I was able to travel to Kenya to take part in the three day empowerment retreats held for our Umoja student in high school and post-secondary. I was able to meet or see again children that I have met on previous trips.

The girls wrote letters of thanks for all the support that they have been given through our different services. Ultimately these children have excelled because of these services. Below is excepts from a three page letter written by Lorite who has been with us since 2009. She is now a fourth year Moi University student studying Maritime Business Management.

I have been sponosred by the Umoja Projdect since class 6 (2009). It was such a difficult moment striving to do well in acadmeics and focus on other responsbilities as a child back at home being  brought up by my mum, a single parent who is a househelp in one of the towns in Kenya. I had and I still live with my grandparents who are not employed. I therfore had difficulties to focus on education because all I could see is a dark future being that all I could view is a child in an environment where fee could not be afforded evern if I could pass now that even meals were sometimes a problem and I had to go on an empty stomach. So when the Umoja Project chipped in, my future brightened, that which was a blur was no more.

Since then the project has been always a family for me. The project ensured that apart from being comfortable in school providing meals for me, to cater for my lunch and also giving out sanitary towels so that during my menstrual cycle I could enjoy the season just like other children who could afford the same, I was comfortable at home as well being warmed by providing blankets. The revived hope by my new  family therefore kept me moving and compelled me to put more emphasis on my student to ensure that I do my best.

Indeed, Umoja has always been a place to be. I term it as a home where lives are transformed.....In conclusion, keep beeing faithful and passionate in doing that which you do. May you never lack for the Lord God Almighty is your rewarder and in Him, you'll  never lack. 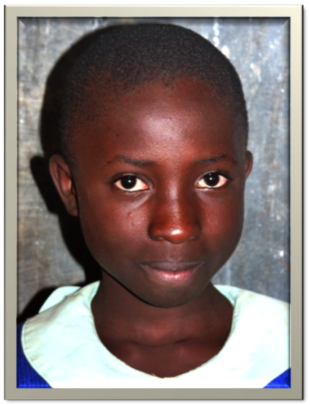 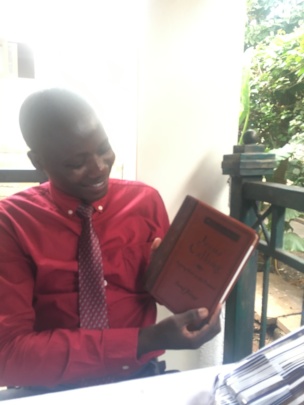 During my most recent visit to Kenya in August, I was able to meet Tobias. My task was to deliver a graduation gift from a family back here in Indiana. I was astounded by his story. Leonard, our in country director and I encouraged him to come and visit our Boys Empowerment Senior Retreat to be held the following week. What he shared during that retreat was even more motivating and inspiring, not only to the boys of the Umoja Project but to me. Read Tobias' story below and see why he makes the Umoja Project proud!

Tobias lost his mother in 1996 when he was just five years old, and then his dad in 2001. He was taken in by what he calls different "Wellwishers" who helped him get through school. What he does not say is that he "lost" a number of those guardians, too.

He went to Mbaka Oroma Primary School and then proceeded to Kuoyo Mixed Secondary School. Umoja was just starting back then, and we were not yet supporting him in secondary school. A couple weeks after he started Form 1, Tobias was sent home for not having his school fees. He came back just two weeks before exams began and took the exams with his classmates. He placed 5th in his class.

He shared his story at the BET UP retreat during the session on grief. He told his younger "siblings" that he borrowed books and notes from his friends that were in school and studied on his own. We was taken up by the Umoja Project during Form 2. He was a prefect, the school captain, and head of the student Umoja group.

After secondary school, Tobias went on to Jaramondi Odinga Odinga University and earned a Bachelor degree in business administration and finance. He worked during university at Airtel, and it was his work during that time that enabled him to get his first position at Agrovet Cooperative Bank after graduating. He serves as a sales executive giving loans, providing credit management, and onboarding new customers. Tobias hopes to move up soon when there is an opening for the next level position. He is making sure that he is doing everything he can to earn that promotion by smashing the goals that the company sets for him, consistently placing in the top 10 employees nationally for the company.

In the meantime, he is running an M-Pesa kiosk and an egg business. He is saving to buy land of his own and build a house.

Tobias says, "I want the people back in Indiana to know that I am grateful for the support. The Umoja Project helped me in ways that I can not fully express. It is my hope that the Umoja Project can rise to new levels. I am ready to help on this side to make it possible."

Leonard says, "Tobias will always strive for perfection whatever you give him to do."

Thank you for supporting the Umoja Project! It is your support that makes success like Tobias come true! 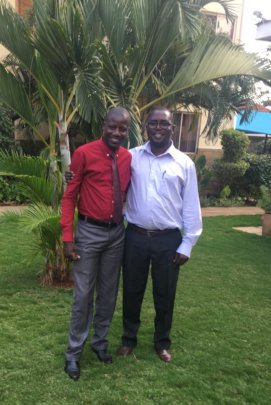 Girls learn about health and relationships 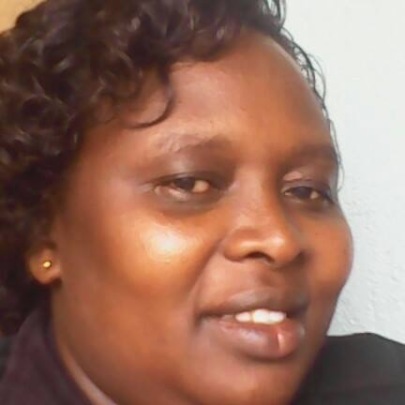 The GET UP program consists of two significant parts. During class six through class eight (GET UP JR) girls attend two sessions every term to learn about health, relationships, communication, self-esteem, and so much more. Once our Umoja students get to secondary school (high school), GET UP SR meets twice a year for a one-day conference and a three-day retreat. Topics during this time include a session on sexual health. Pictured above is Beldine Kephas, who always did the talk in this topic area. Girls in both programs receive sanitary towels, so that they don't have to miss school during their menstrual cycle.

The GET UP program has made a significant difference in the lives of the "girl-child" in our project. Since we started this program, we see girls finishing primary school, achieving high marks on the end of school exams (KCPE), qualifying for secondary school scholarships, and even going on to post-secondary education. The teen pregnancy rate has dropped by 80% in our population.

Special thanks to Beldine for her energetic and engaging talks about difficult topics. Recently, Beldine moved out of our project area. She will be missed greatly by our girls and our GET UP mentors. ASANTE SANA!

Your donation supports our girls empowerment program in Kenya, which is making a difference in 700 lives each year. 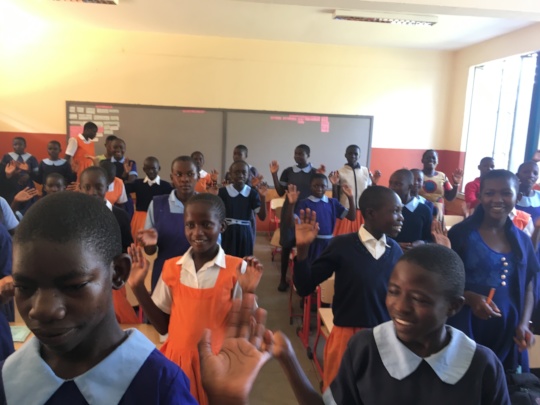 GET UP Jr at Bar Union cluster
‹ 1 2 3 4 5 6 7 8 9 ... 25 ›
WARNING: Javascript is currently disabled or is not available in your browser. GlobalGiving makes extensive use of Javascript and will not function properly with Javascript disabled. Please enable Javascript and refresh this page.