Thank you for supporting us throughout 2020. We are glad to share that we have been able to reach 52 Venezuelan migrants through our POETA Centers across the region. In this opportunity, we want to share the story of Karen, a young, hardworking, and resilient Venezuelan immigrant. Due to the hardships in Venezuela, Karen moved with her mom to Cerete, Cordoba Colombia four years ago in the search of new opportunities.

Karen considers herself a citizen of the world. She is enthusiastic and passionate when it comes to creating opportunities for the future, despite social stereotypes. In light of this, she joined POETA Youth Spark at the Marie Poussepin Social Center in UPB Monteria, to take classes in computer science. At the POETA center, she learned how to program in blocks, computer language programs, robotics, and electronics. Thanks to all of the knowledge acquired during her training at the POETA YouthSpark center and feeling empowered through technology, she decided to apply for a software engineer career at the University of Cartagena.

Karen wants to inspire young girls to keep an open mind when it comes to technology and incentivizes them to search for opportunities in the STEM field. In the future, Karen sees herself opening her own company or joining a big multinational like Microsoft. Karen wants to keep working hard "so that other girls in the world know that we have the capacity to do whatever we want: digital design, develop software, and create robots"- Karen.

Efforts from the POETA Center - Arapiraca 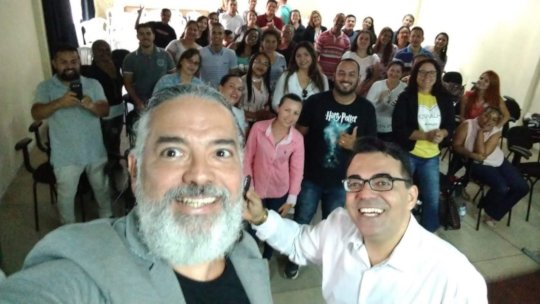 Thank you for your constant support. The Trust for the Americas and our local partners continuously work together to generate a more just and inclusive society.

Our POETA Centers in Brazil are actively promoting accessibility for young men and women with disabilities. In partnership with various organizations in the city, the POETA Nexus Center- Arapiraca held a series of conferences in the National Week of Struggle for People with Disabilities (2019). The conferences addressed issues such as accessibility, health, human rights, and social inclusion policies.

Around 320 people attended the events ranging from diverse social organizations that serve people with disabilities, to academia and the general public. Two of the most distinctive conferences held were “The power to listen: if we are so different, how can we understand each other? What is the true meaning of the words and everything that is not said?”, “Emotional Metaintelligence” and “Top Communication”. 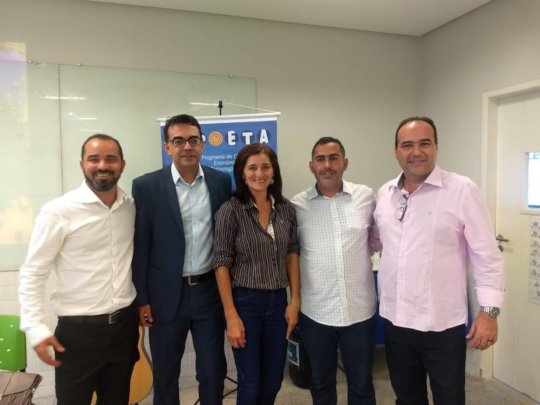 Juan leaves all behind and migrates to Brazil 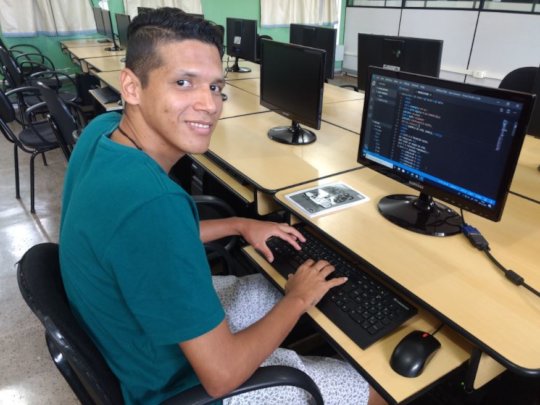 Juan learning how to code at the POETA Center

Thank you for supporting us throughout 2019. We are glad to share that in 2019 we were able to reach 50 Venezuelan migrants through our POETA Center across the region. In this opportunity, we want to share the story of Juan, a young and resilient participant that, despite facing several difficulties in Venezuela, is building a bright future for himself and his brother in Brazil.

Juan is a 27-year-old originally from Maturin, Venezuela, one of the most violent cities in the world, according to the CCSPJC (Consejo Ciudadano para la Seguridad Pública y la Justicia Penal). In Venezuela, Juan was doing a bachelor's degree in Accounting and Architecture in Caracas, where he lived with his mother and worked for his family’s accounting firm. As sociopolitical unrest in Venezuela and the deadly clashes between civilians and authorities rose, Juan had to witness how several of his friends were incarcerated and/or executed for political motives. Juan’s family decided to migrate to neighboring countries such as Brazil, Colombia, Chile, and Mexico. Leaving all behind, Juan migrated in May 2019 to Roraima, Brazil and stayed at a refugee shelter.

Looking for job opportunities, Juan moved to Brasilia and started to craft clay sculptures. “Art has always been a part of my life. That’s why I choose to study Architecture” he shares. In Brasilia, encouraged by a friend, he joined the POETA Center through OSJC. After taking computer science and digital skills training at the Center, Juan learned how to code and program Webpages. Throughout his studies at the POETA Center, he demonstrated resilience and perseverance as he had to make a long commute (50km) to the Center every day. Further, despite being away from his family and having left his life in Venezuela, thanks to the POETA Center’s support, Juan was able to raise his spirit and widen his horizons regarding his new life in Brazil.

Thanks to his coding skills and the Center’s guidance, Juan is setting up a Webpage to showcase and sell his sculptures and paintings. In the future, Juan expects to become fluent in Portuguese as he is taking lessons at the University of Brasilia along with other migrants and refugees. He wants to become financially independent and be able to bring his brother from the refugee camp in Roraima. He also wishes to re-start his studies in Architecture and hopefully, become a successful Architect. 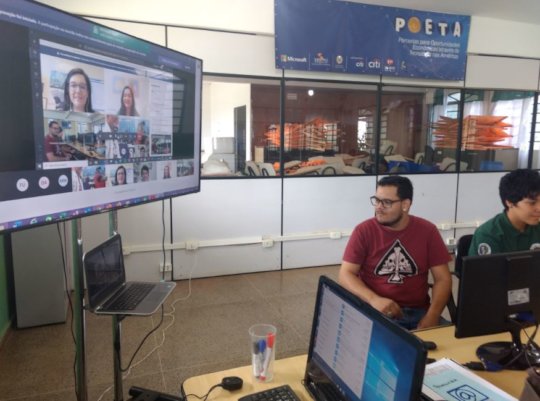 The Hour of the Code 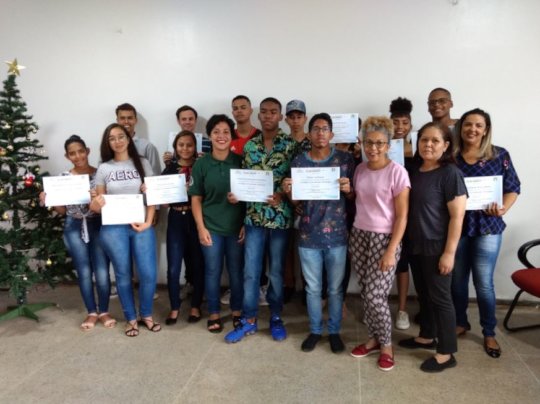