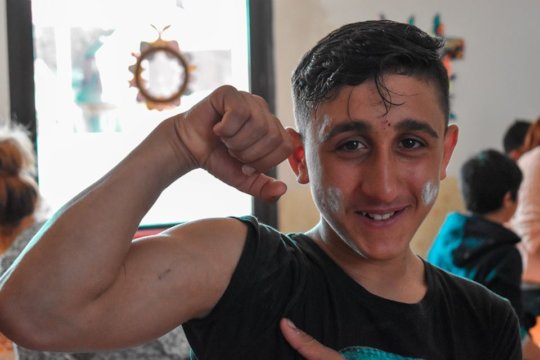 With you, we are stronger!

it’s a pleasure for us to send you this short report after the summer 2018. A lot of events, people, smiles, children and nice days passed at the Centre Pinocchio.

At the end of school in June, all children have passed and this has been a very rewarding results for the educators and the volunteers: it means that the after-school's work has a relevant impact and guarantees positive achievements for everybody. It means that the Centre Pinocchio can really contribute changing the lives of the most disadvantaged children and building for them and with them a better future. As Mandela once said: “Education is the most powerful weapon which you can use to change the world”.

July has been a month full of new meetings: in the first half of the month, a group of 10 Italian volunteers came to the centre and organized many recreational activities, games, workshops, excursions. This has been an enriching opportunity for the children, the staff and the young volunteers: children benefited of new stimula and new encounters; local staff met new volunteers and had the occasion to exchange ideas and experiences in the socio-educational field; young Italian volunteers discovered a new reality and touched with hand the meaning of social inclusion. The workcamp has thus been a real example of richness of diversity, of intercultural exchange and promotion of solidarity.

On the 14th July, a new long-term volunteer arrived at the Centre Pinocchio...this time from a far and little-known country: Peru. Andrès is a young guy, an artist with a long experience in working with graffiti as a tool for involving children and young people in reinventing local spaces. He arrived with a baggage full of ideas, culinary traditions, music, dances and arts typical of Latin America. His stay in Panciu is bringing a gust of “fresh” air and interculture.

In August and September the Centre Pinocchio hosted other important visits: Anna, an Italian woman, friend of an ex-volunteer who was curious to discover this socio-educational reality and to contribute with her time and energy to summer activities; Maite, a Spanish volunteer, who spent 8 months at the centre and decided to come back because of the strong affection she felt for children and staff.

Last but not least, two representatives of IBO Italia realized a monitoring visit at the project in Panciu; the President and the responsible of fund raising spent some days at the beginning of September in order to visit the Centre, to exchange ideas and future plans with local staff and volunteers. IBO Italia stongly believes in the importance of positive relationships between the Italian desk and the local project, because it’s the first fundamental step in order to build sustainability and transparency.

After such an intensive summer of visits and encounters, the Centre Pinocchio is ready to start a new scholastic year together with its 50 children and youngsters. IBO Italia will guarantee the same enthusiasm and efforts in carrying on such an important project.

Your continuous support is precious for us and helps us changing the lives of many vulnerable children and youngsters! With you, we are stronger! 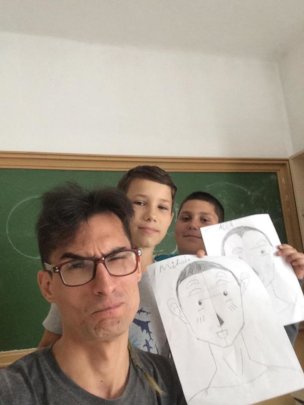 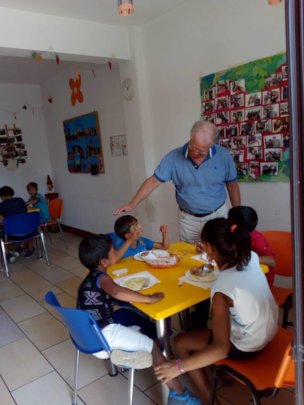 An exciting month at the Centre Pinocchio! 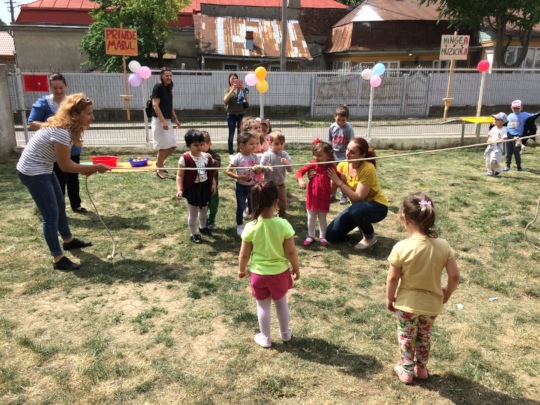 with this letter we would like to thank you for your constant support and we would also like to update you on what we’ve accomplished with the children.

A lot of things happened; finally the weather has changed and we are now able to do a lot of outdoor activities which are delighting kids’ soul.

In particular, we wanted to tell you about two special days which happened last month.

In order to celebrate the center’s birthday we decided to create a more interactive day than usual and we called it Portilor Deschise (Open Doors), as it involved the whole community of Panciu, from the city's authorities to all the children.

The volunteers, together with the local staff, worked very hard to make everything perfect and this hard work was rewarded by a huge satisfaction.

The activity which was most appreciated by the children was the face painting, done with great effort and commitment by our volunteers Sara and Manuel. Every request was successfully dealt and for this reason we found ourselves in a colorful atmosphere, made of hearts, flowers, ladybugs and superheroes...you’ll see the pictures!!!

We are delighted to let you know that the little ones had a lot of fun and in the meantime we took the opportunity to let the adults know better our work and to offer more visibility of what happens daily here in the Center Pinocchio.

The other remarkable event was the long awaited trip, made possible by all the kind donations of the last period. Destination Galati, 100km from Panciu: wake up at dawn, all the children on time and full of energy. With a huge quantity of sandwiches for our lunch, off we go. The trip, despite all the bus sicknesses, runs smoothly. First we visit the zoo and then the aquarium. All the kids are enthusiastic, some of them seem disappointed by the lack of elephants and giraffes but as soon as they see the giant park full of games and exercise equipment, all the disappointment disappears.

During the trip back home, the long day has its effects on children and all of a sudden a deep sleep hits them like a domino effect.

We are thankful we had this opportunity and we hope we will make other trips soon because for the kids it means a lot to be able to see something outside the reality of Panciu.

Thank you very much from the bottom of our heart, see you soon!! 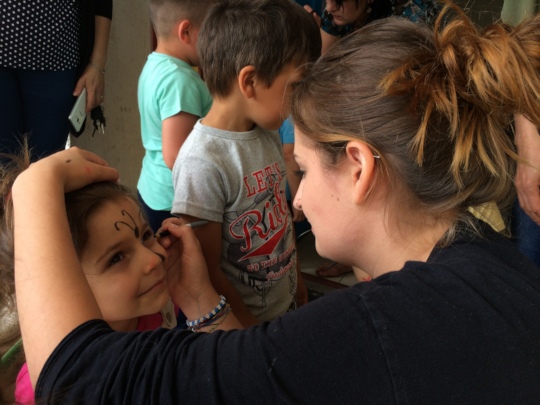 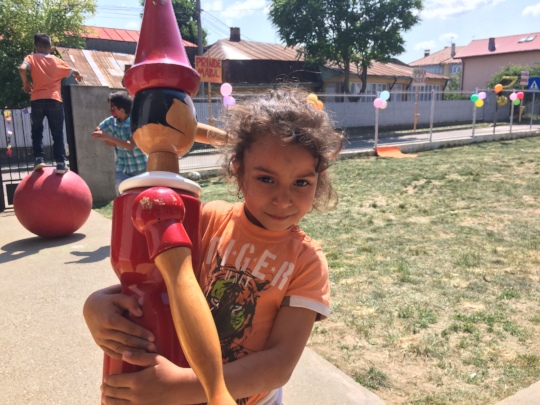 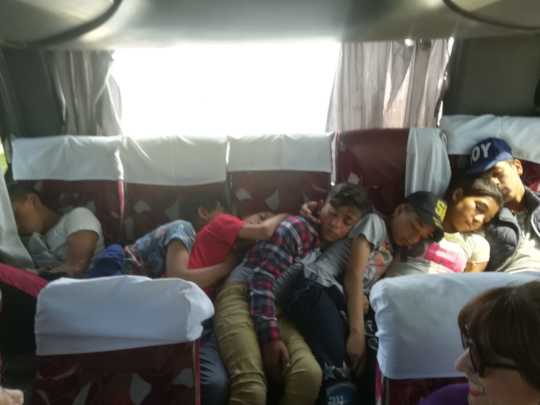 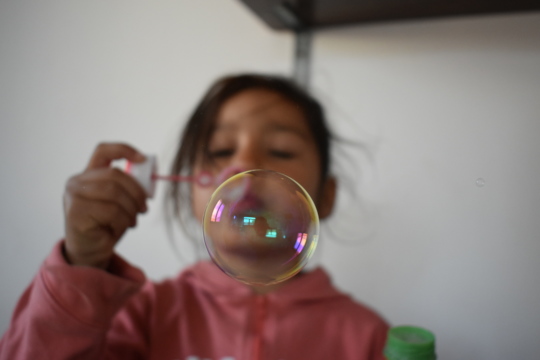 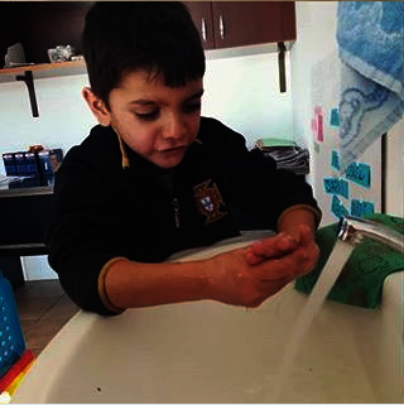 Dear friends and donors of the Centre Pinocchio,

after few months from the beginning of 2018, we are writing you, in order to provide you with up-to-date information, to make you fell closer to Panciu, for sharing with you little big achievements, as well as daily failures.

It is a period full of meetings, a period of growth and challenges. The number of children attending the school and the centre has increased, so such an extent that everyday we have to organize two lunch-shifts at the canteen for giving a place to everyone. The cook works a lot to prepare tasty hot meals, but strain is always repaid by the enthusiasm of children, by the request of an extra-portion and their curiosity to discover the daily menu.

The arrival of new volunteers has certainly improved the life at the Centre and new energy is given at the work of local staff. Three young IBO Italia volunteers – Manuel, Roberta e Sara – together with two spanish girls – Maite e Laia – collaborate with the educator Monica, the social worker Any Mary and the rest of staff, to propose new and entertaining recreational activities for the children. From the construction of a colorful toolbox to wood handcrafts, from abstract painting workshop to moments of crazy dances, from reading fables to passionate football matches.
Thanks to the volunteers’ presence and their spirit of service, it has been possible to give continuity and further value to the service “Breakfast at the statue”: every morning, in front of local school, the number of children that stop for drinking something hot or to eat a couple of biscuits in company increases. In comparison to some months ago, the entrance to school is “lighter”: everything seems easier if you exchange a smile, meet friends and know that you’re going to see them in the afternoon at centre. The afternoon activities continue between games, after-school and support to learn to read, write and count.

In addition to the socio-educational and recreational activities for children, we continue taking care of the relationship with families, through periodic home visits and individual or group meetings. It is a way to further support children’s educational pathways, to make the center feel close to families and support them in facing difficulties, from bureaucratic ones to the most personal ones.

In the daily work of the Centre Pinocchio there are some small failures, we don’t deny it. Sometimes we experience a sense of powerless in the face of local authorities who don’t take responsiblility for answeing to the needs of the most disadvantaged brackets of local population; sometimes it’s a great sorrow to see some children struggling to get out of their precarious living conditions, which prevent them to build a peaceful future. It’s precisely for these children that the Centre Pinocchio exists and continues believing that education can really make the difference in their lives.

It’s for children like Teo, 4 years old, brother of four other beneficiaries of the Centre. There has been Veleriu, now 20 years old; there are still Filip, 16 y. o., who parteciated in a youth exchange in Italy and that, after a pretty long period of complete absence from school, has recently begun to attend the “Second Chance”, an opportunity to recover lost school years. There are Robi, 14 y.o., and Vlad, 11 y.o., who alternate attendance at school and centre with long periods of street life. Their family is one of the most fragile and vulnerable in the whole Valle Brazi; their mother, Raluca, is a young woman who bears the marks of a life full of difficulties. In spite of all these difficulties, she has always understood the importance of the Centre Pinocchio for the future of her children, in being a point of reference and in supporting her role as a mother. That’s why she decided to enroll the fifth child at center. At the beginning for Teo it was difficult to stay with other children in the kindergarten or at the centre, without Raluca and without his brothers. He felt lost, but then he slowly realized that playing with other children and being their friend wasn’t so bad. Now the Centre Pinocchio is “his” place, a palce where he can have fun with other children and where he’s learning to wirite his name. He’s even trying to teach how to write “Teo” to his mom! He loves painting with markers, showing his beautiful works to the educator and washing his hands before going to eat. And to think at the beginning he never wanted to do it!

Teo is a shy child, but, little by little, he’s becoming familiar with everyone. He spends a lot of time playing with volunteers, laughing with them despite the linguistic obstacles. For him there is noting funnier than climbing on the shoulders of Manuel or playing snowballs with other volunteers. When it’s time to go home, a little bit of sadness appears in his eyes… but he knows that the next day the centre waits for him to come again.

We are more and more convinced that for Teo, for his family and for all the other children like him it is extremely important to engage ourselves, to donate and to spread the word about this precious project.

Heartfelt thanks because you are the first one to believe in IBO’s commitment in favour of the Centre Pinocchio and its beneficiaries! We sincerely hope you will continue walking by our side and support us in this adventure! 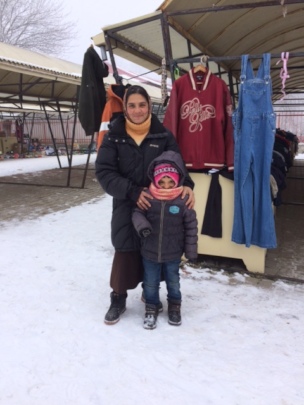