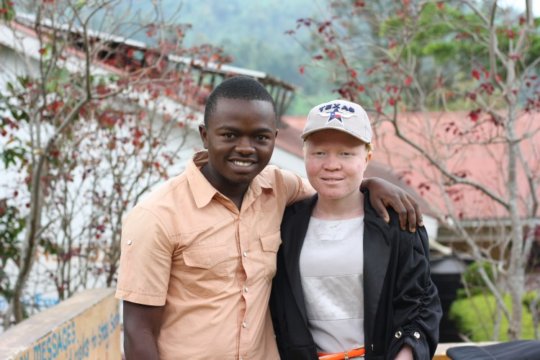 Last year Godfrey and Peninah worked hard at their secondary schools to perform well on their national exams that mark the end of their secondary schooling. They received some of the top scores in the country. Now, we are so happy to announce they have been awarded a scholarship by the Ugandan government to continue their higher education!

Godfrey and Peninah can remember how hard they worked to ensure their success. “It was hectic. I used to study all night because I wanted to get the maximum points,” said Peninah. While studying hard and revising notes with friends at school, Peninah can also recall some great words of advice that helped her push through the many hours. One of her mentors at school said to her, “Don’t read to just pass, read while calculating what you have invested in your education. Make sure you do well so you utilize what you’ve paid for this chance.”

Thinking back on all of the support that her sponsors had put towards her education helped her sure she was getting the most out of her opportunity of being at school. In the fall, Peninah will be attending Makerere University to study Education and Literature.

Looking towards the future, Godfrey is so grateful for the opportunity to continue his studies at university. Godfrey will be heading to Gulu University to pursue Medicine and Surgery. This chance, “is a dream come true” for him. “I had no hope of doing this course because of the financial burden, but I am so happy to be living my dream by continuing to study medicine.”

As Peninah and Godfrey prepare to make the big transition to university campuses across the country, we are nothing but confident in their future success. 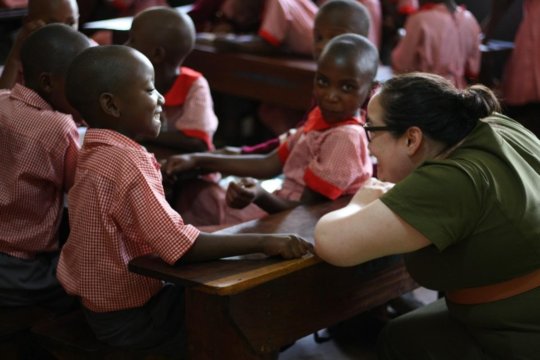 For the fourth time in five years, Professor Mary Gibson took a group of teacher candidates from Marymount University in Arlington, Virginia to Arlington Junior School in Bumwalukani, Uganda as part of her Education Research Methods course.  Their mission was “to provide a workshop for the teachers and then partners with the teachers to practice and implement the workshop techniques in their classrooms.”

On the first day of their school visit, Professor Gibson and her students met with the teachers and students and observed the classes.  The following day, they presented the workshop and worked individually with teachers on the strategies, how the strategies would work in different subjects, and planned what would be tried in the classes a few days later.

Professor Gibson wrote a post for the AAH blog which beautifully described the teacher training experience on this visit.

“A natural connection of people with common goals working together to make them happen unfolded during the week. There was laughter. There was talking among the teacher pairs as to whether or not this was going to work or how to adjust the strategy, so that it would. There was chatter about the subject matter between the students. There was celebrating when what was tried actually worked! Most of all, there was authentic learning on all levels—AAH students, AAH teachers, and Marymount teachers.

That is the beauty of this partnership. We use the power of education to move everyone forward. By finding what is the same, we are able to find ways to address and embrace what is different. I love taking Marymount’s pre-service teachers on this trip, as it encourages them to grow as teachers and as citizens of our world.  It reminds me why I am so proud to be a teacher!”

AAH is incredibly grateful to Professor Gibson, her students, and Marymount University for their annual visits to Uganda to work with our teachers.  Our teachers love having the opportunity to learn and share with the Marymount team.   We look forward to seeing them again next year! 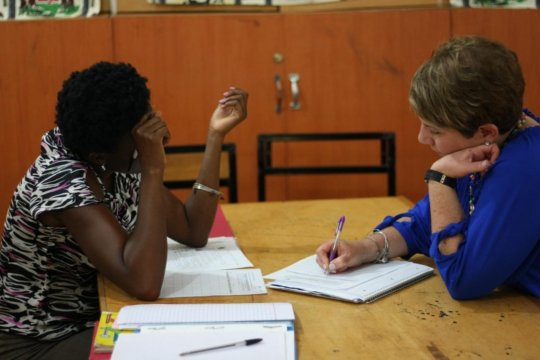 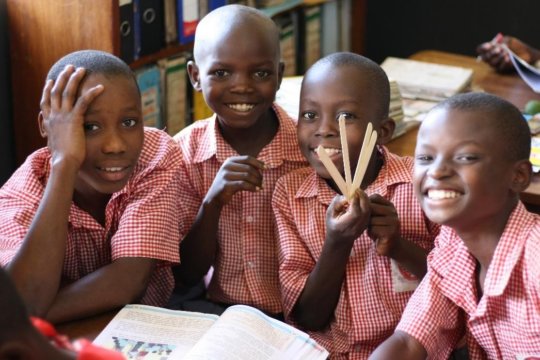 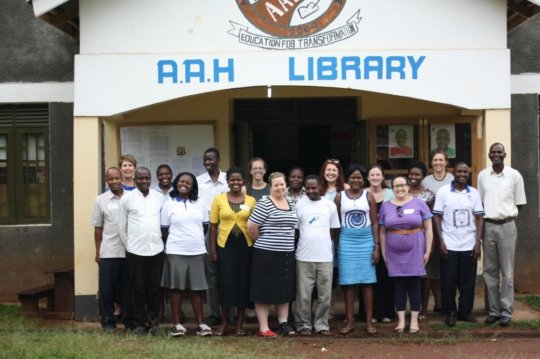 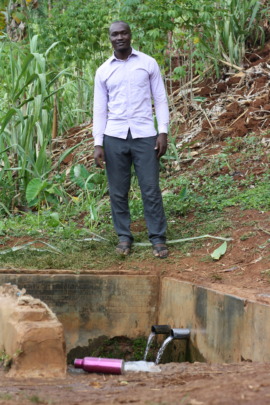 Meet Joshua. He’s 18 years old and lives a 20-minute walk from Arlington Junior School. Last December as he returned home from boarding school, he went to get water for his family at the regular fresh-water well that usually services his village and four other villages nearby. He found it broken and unable to provide clean water for the hundreds of people who normally rely on it.

First, he asked about the local authority’s response to the situation. He was told that the well wouldn’t be fixed until at least next year. But this is so urgent, he thought. So he took matters into his own hands.

“We cannot wait for the government,” says Joshua. “I believe we can find a solution to our own problems instead of waiting for someone else.”

As a student who didn’t have the money to fix the well himself, Joshua tried to get the community involved. He went door to door in each of the villages that gets water from that source. He recommended that each person contribute at least 1,000UGX ( or 30 cents USD).

Going into this initiative, Joshua was very confident that the community would cooperate and give to help themselves.  He quickly found the community members’ reaction to be mixed, and most were unwilling or unable to help.

“It was tough when money was not coming and looking at the budget I drew up, we were far, far below the target,” says Joshua. “I was beginning to give up because people give you negative responses and you think ‘Oh, I should just give back all the money.’ But I had a goal, and I knew it should be finished before I go back (to school). I had read in the newspapers that there was hepatitis and cholera going around, so I knew that if it affected this well, it would affect all of us.”

Walking to and talking to each household took all of December and almost all of January, which was basically Joshua’s whole holiday home from secondary school. By the end of the holiday he had raised enough money to buy three sacks of cement and additional materials and tools. He recruited a local contractor, a local chairperson, and some boys from the surrounding area, and together they mixed the cement and fixed the well themselves.

Today the 80 to 100 families (in addition to the families of Arlington teachers) who use the well again have access to water!  Not only did Joshua help to bring water closer to families, but he also helped prevent a cholera or hepatitis outbreak. He also helped prove to his community what can be done if you work together.

“Working on the well was one of my most happy days on earth,” says Joshua. “It gives me joy every time I pass by it. I am thankful I had the ability to convince other people to do the right thing. I don’t need to build another Arlington, but I believe that it was a small thing I could do for my society at the time.”