A Story of Survival 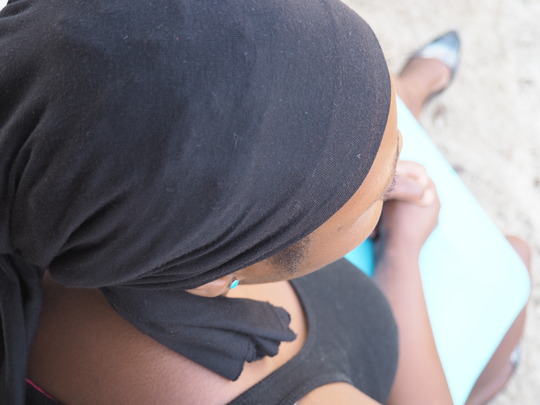 LvA has assisted 95 clients in Diepsloot

Sharon* came to Lawyers against Abuse’s (LVA) office in Diepsloot in early 2015. Like many of LvA’s clients, Sharon had heard about LvA’s work to seek justice for women in her community who were victims of gender-based violence (GBV).

Sharon has two little boys, aged 10 and 5.  One evening, Sharon’s ex-boyfriend followed her boys home and demanded to speak to their mother.  Sharon asked him to leave but, as she turned to go back into the house, he hit her over the head with a brick and dragged her to his home, threatening to kill her. Sharon’s 10-year-old, aware of this man’s violent tendencies, grabbed his little brother, locked up the house and ran to the police station to get help for his mother. When the police arrived with her two boys, Sharon had already been beaten so badly she could barely walk.  The police escorted her home and the following day she opened a criminal case of assault. A few days later, however, Sharon returned to the police station to withdraw the case.  This was the fourth time Sharon had opened and then closed an assault case against her ex-boyfriend. This is a common pattern with victims of domestic violence who are either financially dependent on their abusive partners or find it difficult to leave because of the cycle of violence.

Fortunately, because of LvA’s relationship with the police, an officer referred Sharon to LvA for assistance. LvA explained the process for obtaining a protection order, assisted with the application, accompanied Sharon to her final hearing and successfully obtained a final protection order against her ex-boyfriend. Additionally, with LvA’s support, Sharon has decided to re-open her criminal case of assault. LvA has been following up with the police to ensure that Sharon’s criminal case is appropriately investigated and taken to trial. Sharon has also begun therapy with LvA’s psychologist, a process that will help her heal and hopefully empower her to take active steps to regain control over her life. Since receiving a final protection order, Sharon’s ex-boyfriend has made no attempt to harm her or her children.

*Client's name and certain details have been changed to protect her identity. 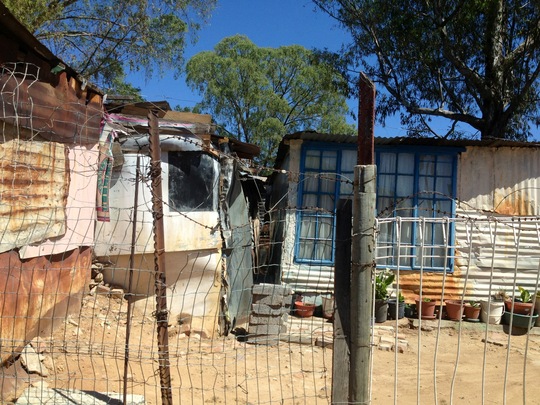 Over 500,000 people are crowded into the 5 square kilometer settlement of Diepsloot on the northern edge of Johannesburg. In this mainly black African community, unemployment rates are nearly 50% and poverty and dismal living conditions are the norm. The community has no courts and only one temporary police station. Building on the permanent police station began in 2008 and continues today, despite the fact that Diepsloot is one of the most dangerous areas in South Africa. In 2012-2013, at least one case of violent assault was reported every day, amounting to 595 reported cases that year alone.

In a community that struggles to receive even basic services, legal services are non-existent. To address the gap in direct legal services, Lawyers against Abuse (LvA) began working in Diepsloot twice a week in July 2014. LvA has taken on 8 clients in need of protection orders and is in the midst of a rapid needs assessment of the community to determine what other legal services are in greatest demand. Already, we have identified the critical need to engage more rigorously with the clerks and magistrates of the nearest court that is over 30 kilometers away, where women’s applications for protection orders are often refused simply due to misunderstandings in the law.

Given the complex nature of gender-based violence, it is clear to us that direct legal services are not enough. LvA has partnered with RedPeg, an NGO dedicated to strategic HIV/AIDS intervention, to conduct 5-day workshops for police officers on the Sexual Offences Act and its implementation. LvA is also working to expand its reach and impact by building a community centre that is a safe-space for women in Diepsloot. An architect with expertise in designing female-friendly spaces in an urban setting will be designing our centre. By providing women with a safe haven in their community, we aim to help them heal, grow, and thrive.

LvA’s work in Diepsloot is just the beginning. Our goal is to engage with a range of state actors both within and outside the community. By engaging police, hospital personnel, magistrates, and prosecutors, LvA seeks to educate and gain their support in the important fight against gender-based violence in South Africa. 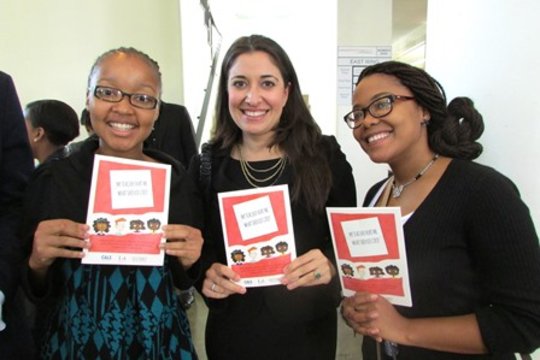 On the 11th of April 2014 Lawyers against Abuse (LvA), along with two of our partner organizations, CALS and SECTION27, launched “My Teacher Hurt Me What Should I Do?”, a handbook for students, parents and communities in dealing with sexual violence. The launch symbolically took place at the Women’s Jail on Constitution Hill. Once a prison for political dissidents during the Apartheid Era, Constitution Hill is now the location of the Constitutional Court and a symbol of democracy’s victory over racial oppression. Although South Africa’s progressive Constitution guarantees rights to all, the reality on the ground is very different and levels of sexual violence in our society remain extremely high. The choice of the Women’s Jail as the venue for the launch was a stark reminder that too many women in South Africa remain trapped in their fear of violence and the knowledge that too often the system fails to protect them.

The launch served to introduce the Handbook to educators, state actors, media and other NGO’s working with victims and survivors of sexual violence. The Handbook acts a guide for children, families and community members in managing sexual abuse in schools. It is written in such a way as to make it accessible to children from the age of nine upwards. In our work, we often experience how difficult it can be to navigate the criminal justice system and how reporting sexual abuse can be a daunting and sometimes impossible task for victims, especially children. The Handbook not only informs the victims of their rights but also provides information on the necessary places to go to and what they, as well as the state actors, need to do. This is the first step in ensuring that victims receive knowledge that can empower them to report incidences of sexual violence.

Representatives from four NGO’s spoke about the next steps of the campaign, which include distribution of the Handbook and educating youth, through workshops, on the nature of sexual violence and their options when violence occurs. LvA has already begun conducting workshops with schoolchildren using the Handbook as a tool. Our workshops also seek to engage students on misconceptions and stereotypes that often create a stigma around sexual abuse and therefore become an obstacle to reporting. Finally, in order to ensure accessibility and facilitate distribution there are currently plans in place for translation of the Handbook into the other official languages.

The launch was highly successful with over a dozen organizations, including media, NGO’s and schools, requesting copies of the Handbook. At the launch LvA’s founder, Professor Bonita Meyersfeld, compared combating sexual violence to “a bus that people get on and off of”, providing insight into why the problem of sexual abuse remains prevalent. Her challenge to the audience was clear: dedication and momentum are needed to create an impact and our hope is that the Handbook can serve as a starting point for action in communities and schools across the country. 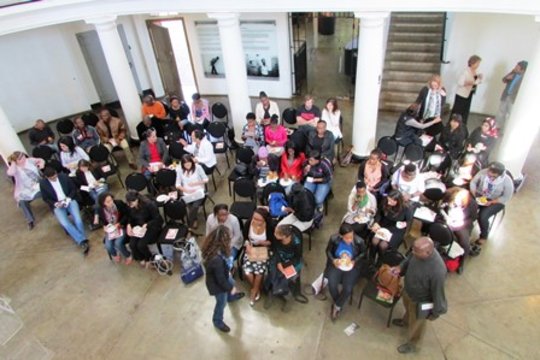 Guests attending the Handbook Launch
‹ 1 ... 4 5 6 7 8 9 10 11 12 ›
WARNING: Javascript is currently disabled or is not available in your browser. GlobalGiving makes extensive use of Javascript and will not function properly with Javascript disabled. Please enable Javascript and refresh this page.