Women's Soccer from All Angles in Festival Finale 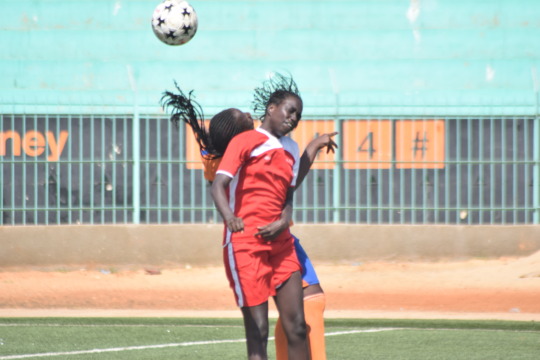 With our festival in late November-early December 2016, we celebrated a lot of angles of women’s soccer. First and foremost, we played! 8 teams from throughout Senegal participated in a one-day non-stop tournament. Then we took an in depth look at the current state of women’s leadership in sports in Senegal. Finally, we all watched the Women’s Africa Cup of Nations Final in Yaoundé live on a big screen from Demba Diop Stadium in Dakar.

During the group phase of the non-stop tournament on December 2, 2016, Casa Sport looked like they would win the whole tournament. They had traveled the farthest of any of the teams- all the way from Casamance, the southern region of Senegal which lies south of The Gambia. Casa Sport dominated the group phase, emerging as the only undefeated team. However, in the semi-final, they lost in penalty kicks to the Dorades from Mbour, a city 45 miles south along the coast from Dakar. The Dorades however couldn’t keep up the momentum and lost to the Dakar powerhouse, the Médiours from the suburb area of Rufisque - again in penalty kicks!

“This festival helps us stay motivated and love soccer because it’s not easy to be a girl and play soccer and love soccer,” shared Awa, captain of a women's team in Dakar.

Our Leadership Panel the following day (December 3) provided needed space for reflection after the excitement of the tournament. A leading Senegalese sociologist was joined by a former Minister of Insitutional Relations, the Canadian Ambassador, and our President Seyni in discussing the progress and challenges surrounding women’s leadership in sports in Senegal. We hope to have a video of it so any francophiles can practice their feminist French!

Finally, everyone gathered to cheer on the Cameroonian and Nigerian Women’s Teams as they played the Final of the Africa Cup of Nations in Yaoundé. Nigeria once again proved they are the African team to beat- winning 1-0. Gaelle, our Communications Director, was in attendance live in in Yaoundé for it all. Check out her video of the electric atmosphere in the packed stadium. For Ladies’ Turn, watching the final together was an important moment of solidarity with other women’s teams in Africa. Senegal would love to make the finals one day, but women’s soccer finals are victories for us all.

A huge thank you for all your support that makes this possible!  Also a thank you to our partners at the Embassy of Canada in Dakar for their grant and their Ambassador’s dedication! 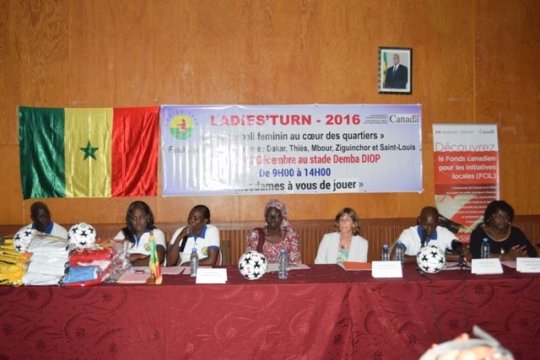 Panel on Women's Leadership in Sports 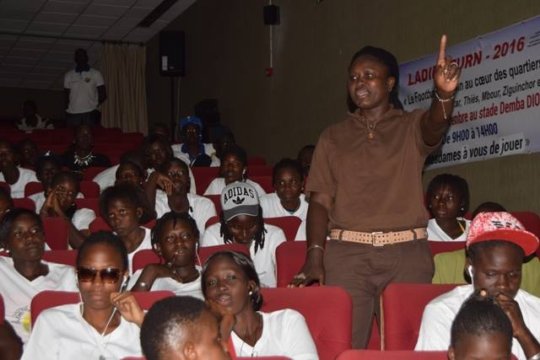 Player asks a question at the panel on leadership 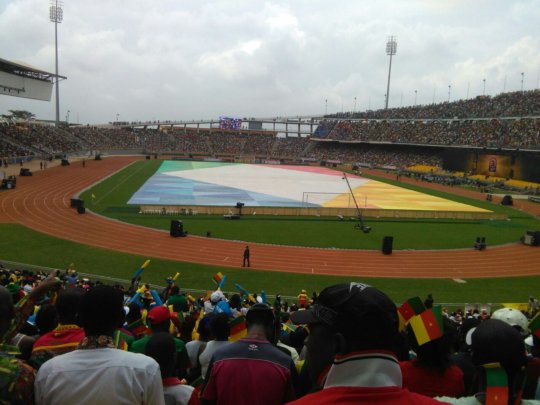 Gaelle live at the Africa Cup of Nations Final 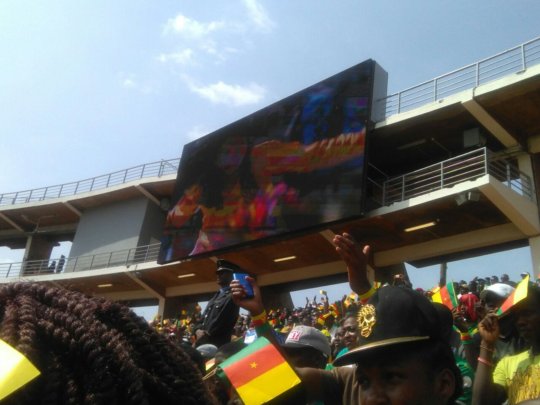 Our 2016 Festival for Women's Soccer! 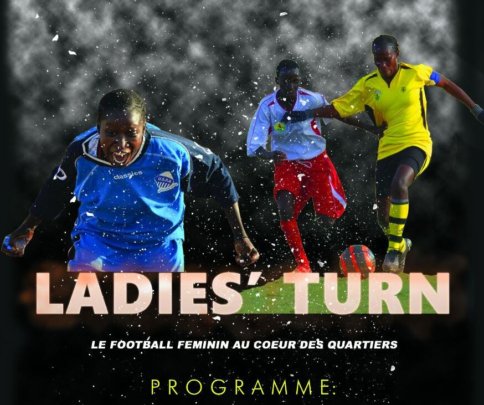 Ladies' Turn is in the midst of our 2016 Women's Soccer Festival in Dakar. We picked this time of the year on purpose- to coincide with the Women's Africa Cup of Nations, held in Cameroon. The 2016 Festival is our way of celebrating women’s soccer in Senegal and expressing solidarity with the national women’s teams throughout Africa. Seyni, our President and former Captain of the Senegalese National Women's Team, knows how important it is to promote women's soccer both locally in her own country and abroad.

To open the festival, we organized a qualifying round for eight Dakar teams on November 28th.  The Aigles de Médina, Sirénes de Grand Yoff, FC Océan, Ja Fass, Médiours de Rufisque, Union sportive des Parcelles Assainies, Amazone de Yeumbeul competed to advance to the festival’s main event: a non-stop tournament where they would meet 4 teams from other regions in Senegal. The Dakar teams played hard on a sandy field in the middle of Yoff village in Dakar. We try to organize some games in the middle of neighborhoods so people see women playing and can stop to cheer them on.

Congratulations to the Amazones de Yeumbeul, the Union sportive des Parcelles Assainies, the Médiours de Rufisque, and the Sirénes de Grand Yoff who won their matches and advanced to the main event!

Yesterday on December 2, we held the non-stop tournament, and as I write, Ladies’ Turn is holding a panel talk on women’s leadership in sports. Then we’re showing the Final of the Africa Cup of Nations live on a big screen and watching it all together. I’ll write more next week when I have all the photos and results from the last two days. For now, check out our photos below and the scores from the qualifying round.

A huge thank you for all your support this year. We also want to thank our local partner- the Canadian Embassy in Dakar for supporting this Festival.

Jennifer and the Ladies’ Turn Team

Qualifying Round Results (for those up on their women’s soccer teams in Dakar): 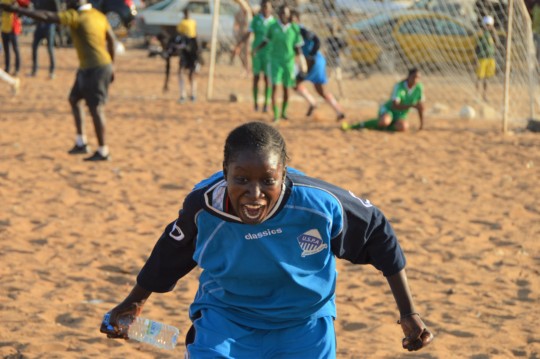 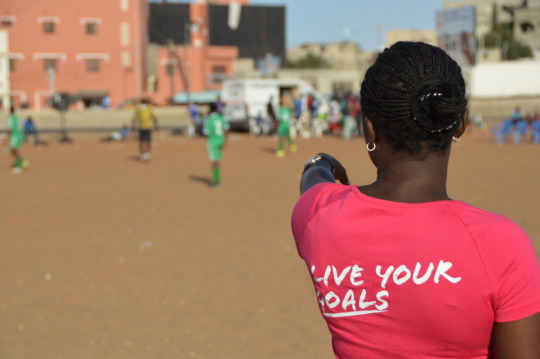 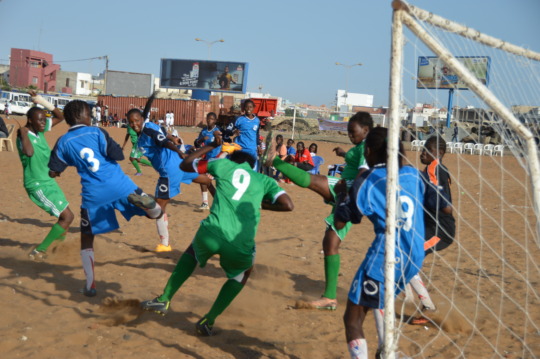 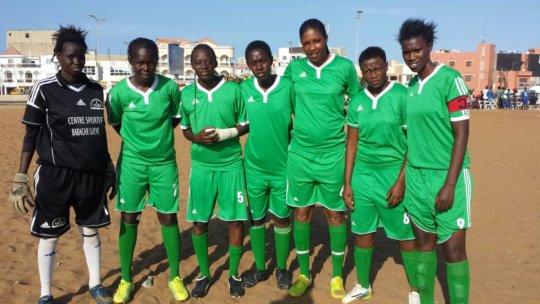 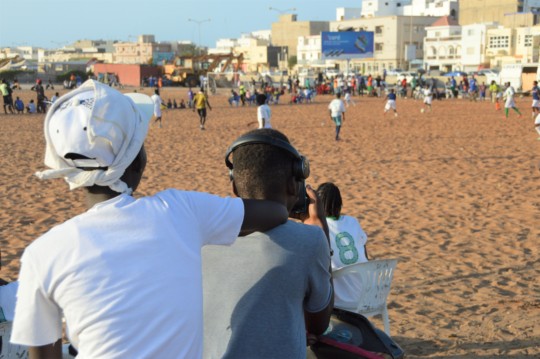 Soccer is not enough, women doctors are needed too

Girls get injured playing sports. It’s inevitable, but in Senegal, there are not enough doctors well trained in sports medicine to treat all the injuries, especially not enough women. The Sports Medicine Society of the Midi-Pyrenees in collaboration with Ladies’ Turn is sending Dr. Nbalia Toure Diallo, the doctor for Senegal’s national women’s soccer team, to attend the 9th National Congress on Sports Medicine. The theme of this year’s conference: Women’s Sports and Physical Activity for People Over 65. In addition to working with the national women’s soccer team, Dr. Diallo is an orthopaedic traumatologist at the Regional Hospital in Thiès, Senegal. At the conference in Pau, she’ll be able to meet with other experts in sports medicine from all over France and share her experience as a woman doctor in sports medicine in Senegal.

Dr. Patricia Regagnon first brought Ladies’ Turn to the attention of the Sports Medicine Society of the Midi-Pyrenees, said, “For me, I turned to sports medicine later in my career as a doctor. I was motivated to learn a new specialty because I think the values that sports have help people’s mental and physical health. I organized a screening of Ladies’ Turn, and a doctor from the Sports Medicine Society was very touched by the project. She shared it with them, and the society decided to award a grant to Ladies’ Turn to promote Senegalese women’s participation in sports medicine. I'm very excited that this has led to Dr. Diallo's participation on the conference this month.”

By partnering with the Sports Medicine Society of the Midi-Pyrenees, Ladies’ Turn is excited to further expand our support for girl players both on and off the field. In 2014, the society gave Ladies’ Turn a grant for promoting women in sports medicine in Senegal. Part of the grant was used to buy much needed medical equipment and the rest will be used to finance Dr. Diallo's trip. Now, we can continue to advocate for sports medicine, women doctors, and proper care of girls’ sports injuries, and have Dr. Diallo to lead the way.

Thanks you Sports Medicine Society of the Midi-Pyrenees!

Thank you to everyone reading this update- which means you have supported us already! 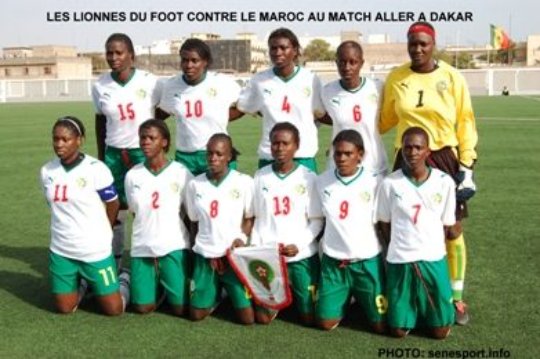 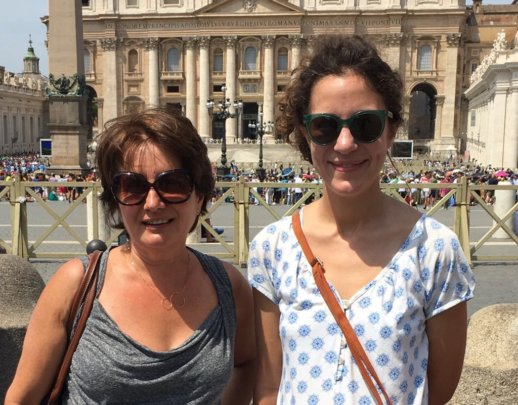 Dr. Patricia Regagnon w/ Jennifer of Ladies' Turn
‹ 1 2 3 4 5 6 7 8 9 ... 11 ›
WARNING: Javascript is currently disabled or is not available in your browser. GlobalGiving makes extensive use of Javascript and will not function properly with Javascript disabled. Please enable Javascript and refresh this page.