Celebrating with the Premier League! 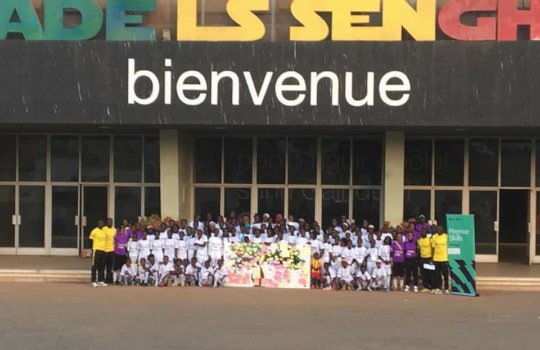 Girls and coaches outside the national stadium.

At Ladies’ Turn, it’s been a blast working with the Premier League and the British Council on their Premier Skills program! We celebrated the culmination of our partnership over a weekend of festivities on January 19-21, 2018.

Premier Skills is a training initiative of the Premier League and the British Council which uses football as a tool to develop a brighter future for young people around the world. It certainly was a success in Senegal! In 2017, Premier Skills certified coach educators worked with Ladies’ Turn to train 36 young women as coaches and community leaders last January. Of these women, 24 went on to complete phase 2 in May where they designed and implemented their own community service projects.

“I started playing soccer a few years ago and played at the national level. I have never had any soccer training before being involved with Premier Skills through Ladies’ Turn. It was important for me because I had no credentials and it was necessary to improve my skills to gain recognition and credibility. Finally I have gained the knowledge I need, and I was able to start my own women’s soccer club just months after completing the first phase of the training last January.” - Ouleye from Pikine, a suburb of Dakar.

For the weekend finale, 19 of the young women who completed the Premier Skills training came back to lead the activities. We also invited 100 girls on four teams to participate. Three of the teams traveled from Thies, Diourbel, and Kaffrine regions of Senegal to join the Dakar-based team at the national stadium.

For the Friday night’s sleepover at the stadium dormitory, the players discussed women’s leadership and watched the Ladies’ Turn documentary. On Saturday morning, they took a tour of Dakar, visiting the Presidential Palace, the National Parliament, and the Statue of the African Renaissance. Many girls were seeing these sites for the first time. In the afternoon, it was soccer time! The 19 women graduates of Premier Skills led the girls in soccer drills and organized a mini tournament before the closing ceremony. On Sunday after breakfast, the teams traveled back home, hopefully with some new friendships and more soccer stories to share in their villages.

We’re grateful to our partners at the Premier League and the British Council and YOU! Your donations contribute to all of our soccer and leadership activities, allow us continue our work throughout the year, and help us secure international partnerships. So thank you again for your support! 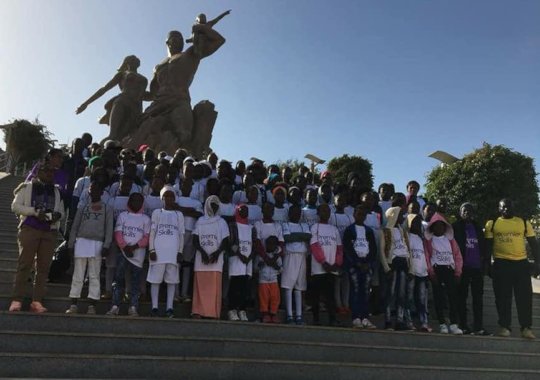 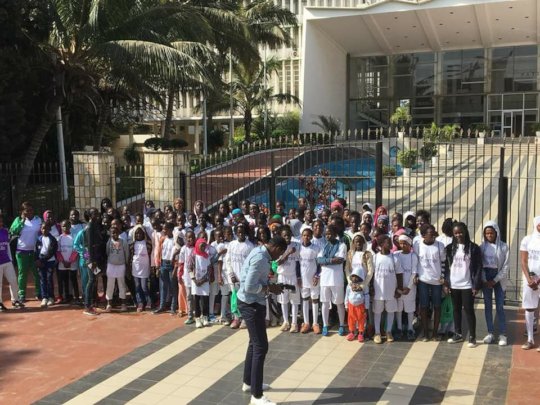 Players in front of the National Assembly. 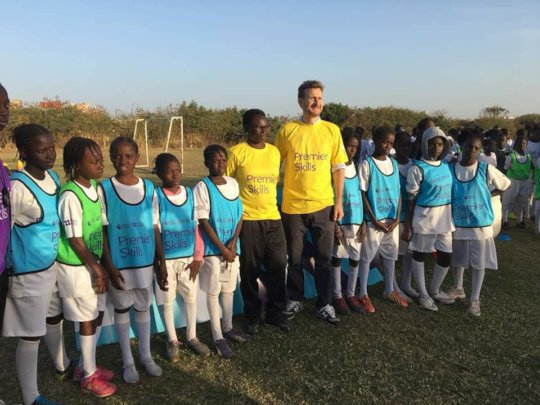 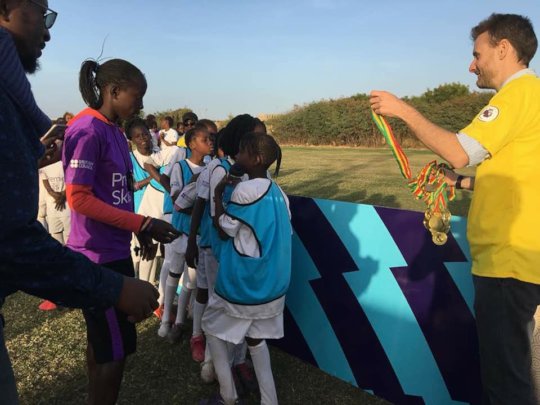 Getting their medals after an afternoon of soccer 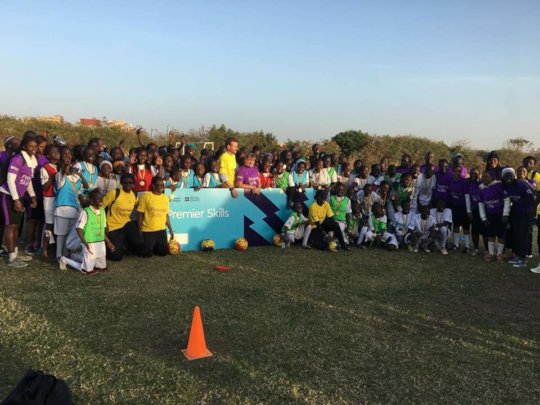 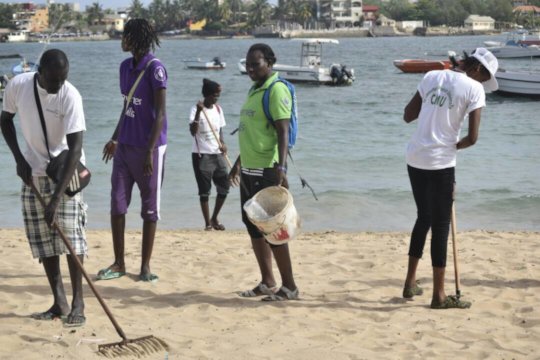 The 24 young women who participated in trainings we wrote about in our June blog have been rocking it- bringing their leadership and coaching skills back to their communities. During the training, they designed leadership projects consisting of a soccer tournament and a community initiative of their choosing. Now, they are implementing them in their neighborhoods and villages.

We’ve been impressed. We think you will be too. The young women decided that the best way to promote girls’ soccer to the whole neighborhood would be to get boys as well as girls involved. Over the years, we have found that boys and men actually take pride in helping to organize and participate in girls’ tournament activities when they are given a role. It’s one of the best ways to win acceptance for girls’ soccer and recruit allies. So while the girls’ games remain the main activity, the young women have organized games for the neighborhood boys as openers or as side events. In her neighborhood in Pikine which lacks a girls’ team, Ouleye recruited former women’s national team players to play a game and really show off women’s soccer in order to get girls in her neighborhood interested.

For the community initiatives, some young women have chosen to address problems at the heart of soccer in Senegal. Soccer fields, surrounding streets, and beaches are almost always littered with trash.  Several young women have designed Set Setal or “neighborhood cleaning” initiatives where they gather players and other youth to pick up trash. In her neighborhood Ngor on the coast in Dakar, Arame organized a course in basic lifesaving techniques in the water in addition to a Set Setal beach cleaning.

Another issue with soccer in Senegal or anywhere is that players get injured. Awa, Mariama, and Ndeye organized a free first aid course for players and community members in Parcelles Assainies and Grand-Yoff neighborhoods of Dakar. Not all the young women have chosen to focus on soccer-related issues however. Lala in Bignona in one of Senegal’s poorest regions chose to raise awareness about the importance of registering your child’s birth because many children in villages her region lack birth certificates needed to attend school or access government services.

Seyni and the Ladies’ Turn team have been traveling throughout Senegal to support the projects. Some women are teaming up so when they are done, they will have organized 19 tournaments and community initiatives throughout Senegal. This means quite a bit of travel for our team, but it's worth it. British Council has provided mini grants for each project, and your support through GlobalGiving has also been crucial. It has helped our team continue their work and provide equipment.

So thank you again for your support this past year. As 2017 comes to a close, please consider a donation to support all the exciting girls’ soccer and leadership activities we have in the works for 2018. 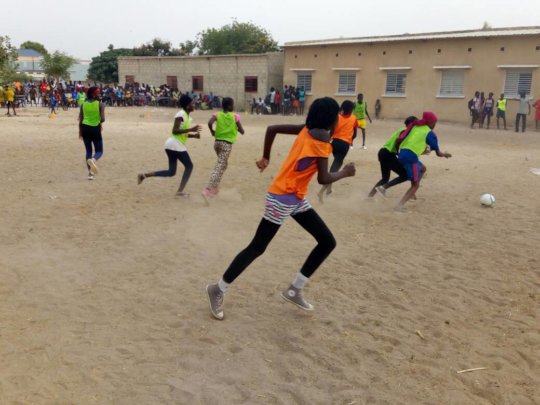 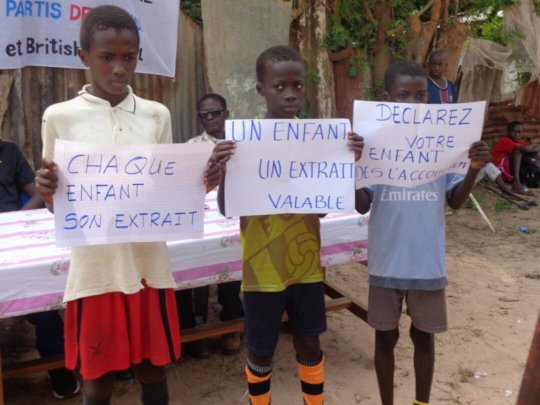 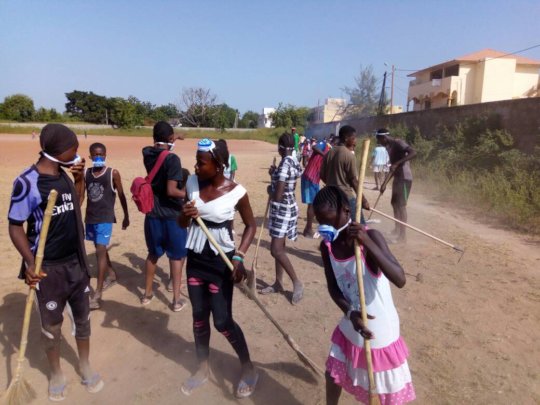 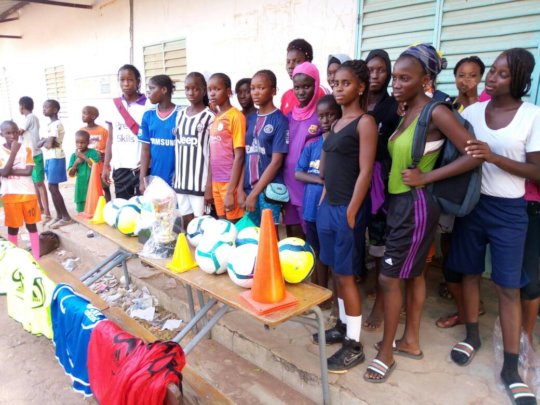 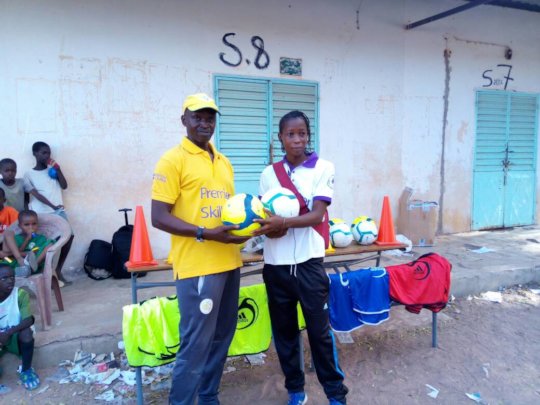 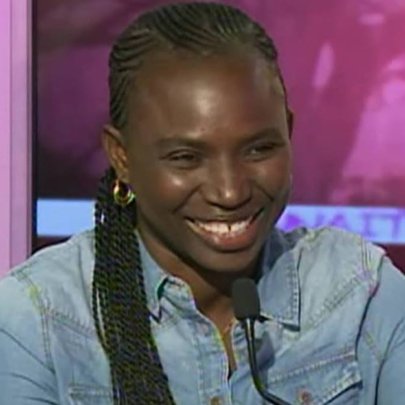 It’s been an exciting summer for Ladies’ Turn. Seyni Ndir Seck, our President, ran for President of the Women’s Soccer Commission at the Senegalese Federation for Soccer. One by one the women's teams voted for their next President. And SEYNI WON! It’s the most important post for women’s soccer in Senegal right now, short of being the Minister of Sports.

As President of the Women’s Soccer Commission for the next 4 years, Seyni oversees the Federation’s leagues for women’s soccer. It’s a volunteer position so Seyni will also continue her day job at the national television station and keep leading Ladies’ Turn. Seyni's goal is to see that girls play soccer everywhere on Senegalese territory.

Through the Women's Soccer Commission, Seyni will push for improving and expanding the official Federation women’s leagues. Through Ladies’ Turn, Seyni and our team can continue our important work at the grassroots level both in promoting girls’ soccer but also women’s leadership and education.

Seyni’s going to be busy, but she’s been busy her whole life following her passion for playing soccer! She has fought for women’s opportunities to play, first as a player on a boy’s team in her neighborhood, then as a member of a women’s team in Dakar, and finally being selected not only for the national women’s soccer team but also eventually as captain of the national team, representing Senegal throughout Africa.

Your support of Ladies’ Turn provided Seyni with the opportunity to grow her passion into a full fledged organization:

"Ladies’ Turn has allowed me to deepen my capabilities as a leader, to learn new skills, and to develop effective strategies for advocating for women's soccer."  - Seyni

I’m sure you will all join us in a collective Congratulations President Seyni!

On behalf of Seyni and our team, thank you again! We could not do it without your support! 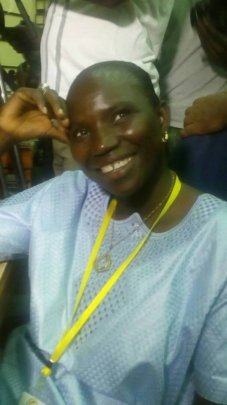 Seyni receives the news that she won the election. 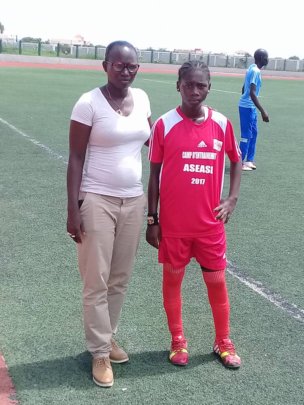 Seyni and player at a girls' soccer camp. 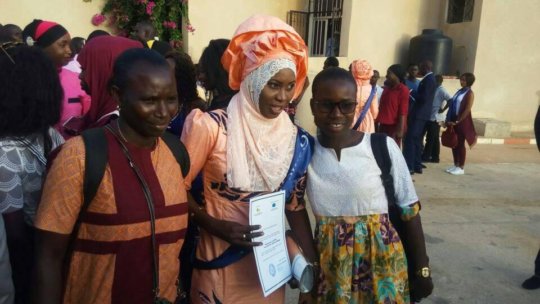 Seyni at Lala's graduation as a new PE Teacher!
‹ 1 2 3 4 5 6 7 8 9 ... 11 ›
WARNING: Javascript is currently disabled or is not available in your browser. GlobalGiving makes extensive use of Javascript and will not function properly with Javascript disabled. Please enable Javascript and refresh this page.