Celebrating Retention in school for 2018 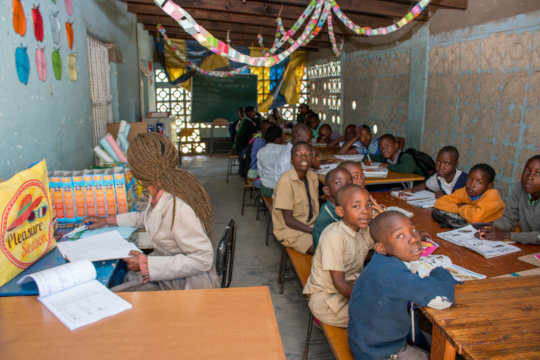 When you are working with children who have dropped out of school or never been to school, it is not easy. When they accept to come for lessons, we are happy that at least they have enrolled. This will be one step of a great journey. Having spend some time out of school conditions the children to other ways of living mostly adult way of doing things with less rules and conditions. So when they come back to school or start late, it is a huge task to ensure that they enroll and remain in school. Drop outs do happen with these children, some miss that life in the community without sitting in class the whole day listening to a teacher and be given rules.

Given that background, when we have them in class and we are able to support them to at least complete the whole year without dropping out, it is worthy celebrating. This year together let us celebrate 107 primary and 56 secondary school children who were retained in the out of school study group at our centre. The support was as a result of your big heart and the children felt secure and hope  revived. The volunteer teachers were supported with stipends to be able to be available for the children, food was provided throughout the year, stationery and a warm learning environment all contributed. Congratulations to us all!

Let us continue to support this cause through our link Second chance education for orphans in Mbare - #11224). There are more children in the community who dropped out of school who are in need of your support to realise their full potential.

More children in school from May to July 2018 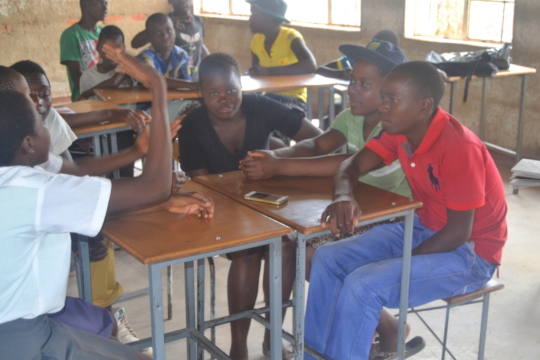 Warm greetings from Zimbabwe! We are going through another time of uncertainty which is likely to bring more misery to our coummunities if not handled well.  However, as people working with children we keep providing hope and a future to them  even under difficult circumstances.  We are able to keep providing the hope because of you  who keeps supporting our cause. You have been with us since 2012 and have never turned back on us. You keep lighting the path for these children.

Zimbabwe has just undergone national harmonised elections on the 30th of July, this has seen an adjustment of the second term which ended on the 26th of July which was a week earlier than normal. I am glad to update you that the number of children accessing the out of school study group for primary school rose from 78 beginning of the year to 102 by May 2018. As I have indicated in my other reports that we have also started incorporating  a second chance program for children who failed to complete secondary school since 2016. We have 56 children at the moment attending classes. We were inspired by you our friends and partners. For the secondary school second chance program we mainly focus on more girls because they face more challenges of transitioning from primary to secondary school as well as completing secondary school.

This winter, from May to July was exceptionally cold but we want to thank you for your donations which kept children in school and managed to provide a hot meal every day for those children. Kindly keep supporting us, we need the funds for buying stationery, paying school fees, paying volunteer stipends, buying furniture, food and uniforms for children. Kindly keep telling your friends and networks about our cause. 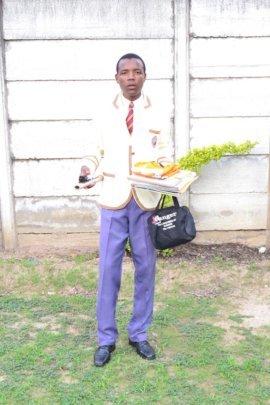 The support you have been investing over the years is beginning to show impactful results. In this update, I want to share with you Peter*'s Story.  "To many it never dawned that one day Peter wil be an inspirational figure and role model to many kids with the same background as his. Surprisingly today he is one of the most emulated boys in his community and school at large because of his academic prowess, hardwork and humility. In Peter's words, he believes

"background does not determine your future but your mentality and attitude"

Peter's mum died when he was still a toddler and had to be raised by his father who works as a commuter omnibus driver. Life has never been easy for Peter and his young brother as they had to put up with difficult living conditions which they are exposed to daily. In 2011, Peter had to drop out of school since his father could no longer afford paying school fees. Having been out of school for a couple of months, Peter was identified by one of Chiedza volunteer retired teachers who recommended that he could be enrolled in the Out of School Study Group program at Chiedza Child Care Centre. Peter attended lessons at the study group for one year and was reintegrated into formal school at Gwinyai Primary school were he completed his primary education with 5 units, which is excellent, the gold standard was 4 units, so Peter did very well.

He proceeded  to Secondary school with the support of Chiedza Child Care Centre and in 2017 he wrote his O' Level public exams and passed with flying colors. Currently, he is pursuing higher education , that is A' level at the same school he completed the secondary education. He was the headboy of the school learners leadership until he completed his secondary school. The same school accepted him for A' Level and he retained his position of being a headboy. He is currently studying Physics, Mathematics and Chemistry and wishes to be a Medical Doctor.

Thank you very much for your profound support. Keep telling your friends, colleagues and networks about our cause. There are more children like Peter who are out of school and are waiting for a chance. The funds are used to buy stationery, books, school bags, food, pay school fees, pay volunteer stipends, furniture and construction of classrooms.